Tom Slingsby’s Australia Team finished the first day of racing in Chicago in fourth place, despite the team being plagued with a penalty and challenging racing conditions.

The battle between the world's top sailors erupted in Chicago, with the nine national teams going head to head in their identical, 2,400kg supercharged catamarans, for the first time in fresh water.

The day presented its challenges for the reigning champions, with the Australia Team copping a penalty at the start line of race one against Denmark and in addition to sailing for the first time in fresh water. 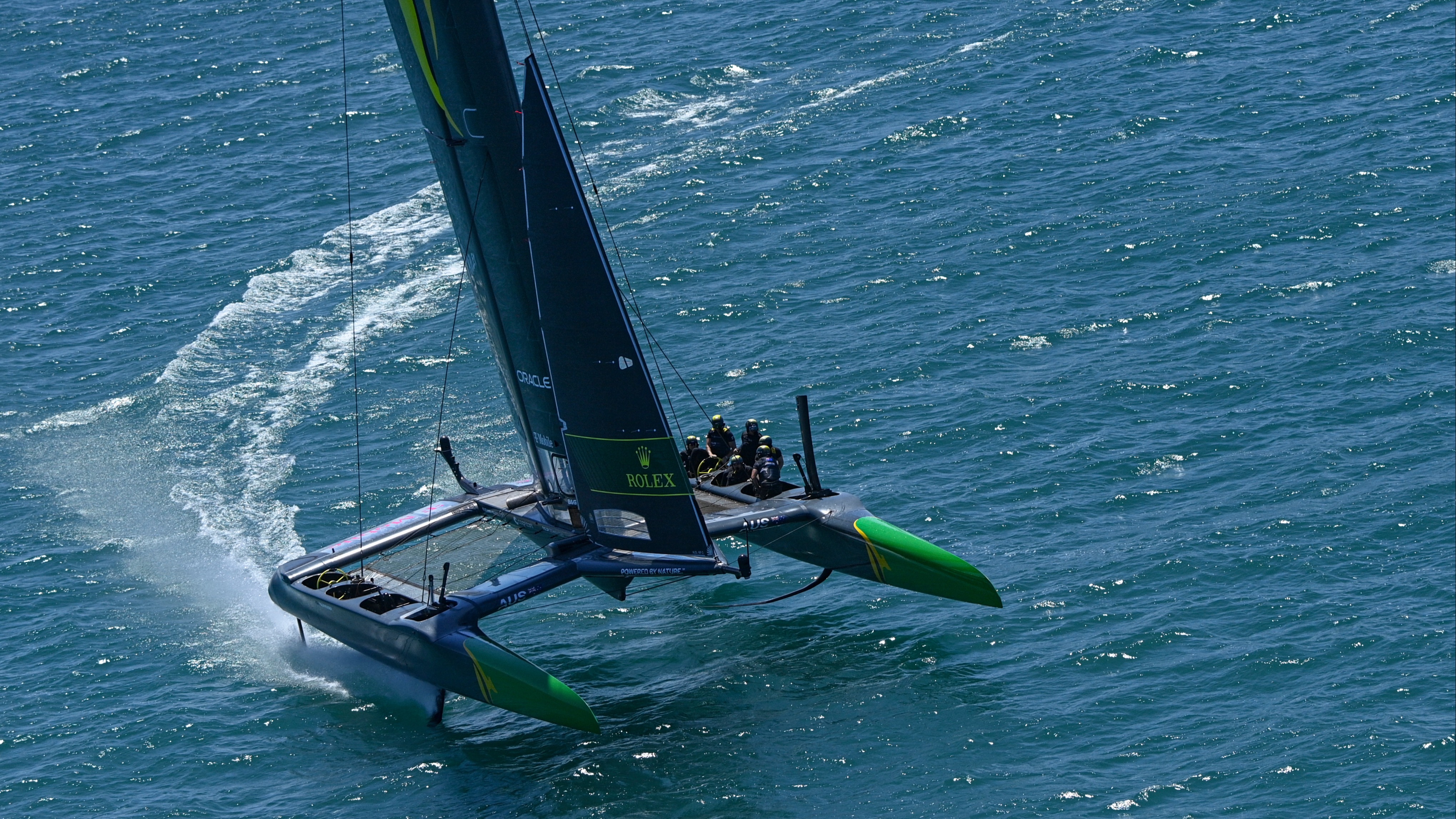 Commenting on the penalty Tom Slingsby said: “I need to check the footage but it did feel like a soft penalty. We had to get behind them which caused us to have a really bad start in the first race.”

“When you have a bad first race it can snowball from there and you can lose confidence and take yourself completely out of the event, but we were able to steady the ship after a bad first race and put ourselves in contention for tomorrow”, Slingsby added.

The lake’s freshwater, which has a lower density than seawater, forced the teams to adapt how they used the F50’s foils. Chicago is the only freshwater event of Season 3, making it a ‘unique challenge’ to this racetrack. Newcomers Canada impressed the Australians and all competitors, with their dominant performance in the challenging conditions.

Tom Slingsby said: “Canada once again is leading after day one. They were out in front whilst we were battling in the pack and I was really impressed with how they were able to get the lead on the teams.”

The Australian Team's results also converted into driving real impact to help protect the ocean, through its innovative partnership with WLTH. WLTH has committed to funding the Australian team’s official Race For The Future partner Parley for the Ocean in beach and ocean cleaning, with the level of commitment amplifying based on the Australian team performance. Based on WLTH's commitment, Australia’s performance today equated to 600m2 of beach and coastline to be cleaned up by Parley for the Oceans - a phenomenal contribution.

This week SailGP also announced that together with the New South Wales Government, Sydney has secured the rights to host the most exciting racing on-water, SailGP, for three consecutive seasons. The championship will return to the iconic Sydney Harbour on February 18 and 19 2023, in the ninth event of SailGP Season 3.

Racing will continue tomorrow in Chicago, with the top scoring three teams to compete in the final race where the winner of the T-Mobile Chicago Sail Grand Prix will be crowned.

Slingsby is confident in his team saying: “We are in the hunt and we have a shot of making the final race tomorrow and that’s all we want at the end of the day. We are confident that if we sail well tomorrow we can make it to that top three final race.”