The New Zealand SailGP Team has missed out on the podium race after a brutal end to day two of the T-Mobile United States Sail Grand Prix in Chicago.

Sitting third after day one of fleet racing on Lake Michigan, New Zealand needed to stay ahead of Australia and Denmark to earn a spot in their first podium race. 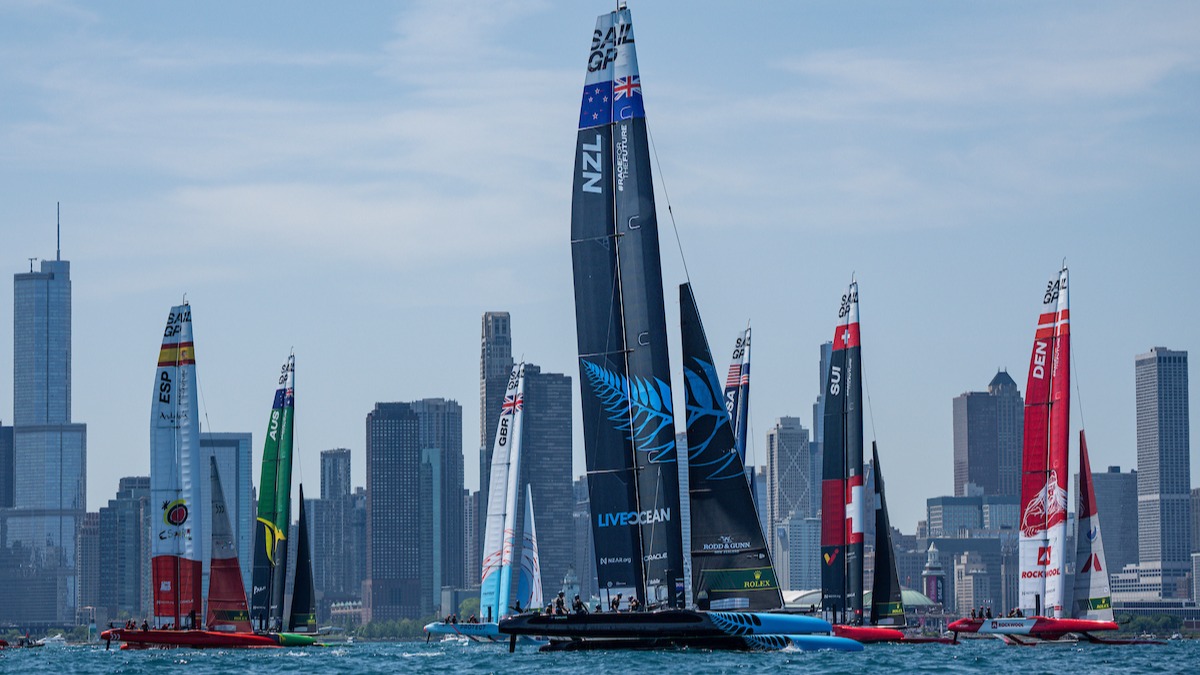 The Kiwis got themselves into the box seat after finishing fifth in race four, six points ahead of Australia and Denmark, but poor execution in race five saw New Zealand slip past the required sixth-place position, finishing eighth in the fleet, as Australia made a spectacular comeback to secure their spot in the podium race with just a single-point lead over New Zealand.

Wing Trimmer Blair Tuke says, “It was a really tough day for us here in Chicago. We didn’t execute at the start in either race, but managed to fight back in race one to stay in the middle of the pack. In race two, we didn’t get the opportunity out of the first gybe and ended up in bad wind fighting at the back.”

“We had the Aussies right on the ropes, with them and the Danish six points behind us. It looked like Australia would be out of their first final in a while and we’d be in for our very first one, so to have that buffer and let it slip like that is pretty gutting for the team.”

Competing in the three-boat winner-takes-all final race, Australia went on to nab the win for the weekend, followed by Canada in second and Great Britain in third.

New Zealand rounded out the weekend fourth in the fleet, bringing the team to fourth in the Season 3 leaderboard as well, with 12 points total behind Great Britain (17), Canada (17) and Australia (20).

Despite today’s results, Tuke says he remains optimistic heading into the remainder of Season 3, “Today was a frustrating finish to what’s been an otherwise solid week of sailing for the team.”

“If you look at where we are compared to Bermuda, we’re right in the game. We know we’ve made some massive improvements but ultimately we’ve got to put a whole event together.”