Following on from the team’s impressive debut and podium finish in both the racing and Impact League in Bermuda last month, the Canada SailGP Team continued its ascent of the leaderboard at the T-Mobile United States Sail Grand Prix in Chicago this weekend, winning the fleet racing and finishing second overall.

Driver Phil Robertson and the crew sailed impeccably on day one, finishing fourth in Race 1 and winning both Race 2 and 3. “You can’t really get a better spot to go racing in these boats than this. It’s pretty special and an awesome race track,” said Driver Phil Robertson after the first day of racing. “We know that tomorrow it is going to get a lot lighter, so it was key to have a pretty consistent day and we managed to pull that off. When it gets a little bit random and special like that, we are on and today we were on!”

Going into day two with considerably lighter conditions, the F50s were sporting the 29m wings for only the second time since the inception of SailGP. With the team at the top of the leaderboard, Team Coach Joe Glanfield offered sage advice to the athletes at the morning briefing, “We are going in with an advantage. Sail freely, really embrace it and take on that challenge of sailing the boat around the course in whatever conditions. It’s a problem solving day.”

Sunday’s racing kicked off on time but at the start of Race 4, the team went out of bounds so were the last to cross the start line. They persevered and worked their way through the fleet to finish in second on the shortened race course. Then in Race 5, Robertson offered another master class in starting and the crew sailed on to take another second place finish. 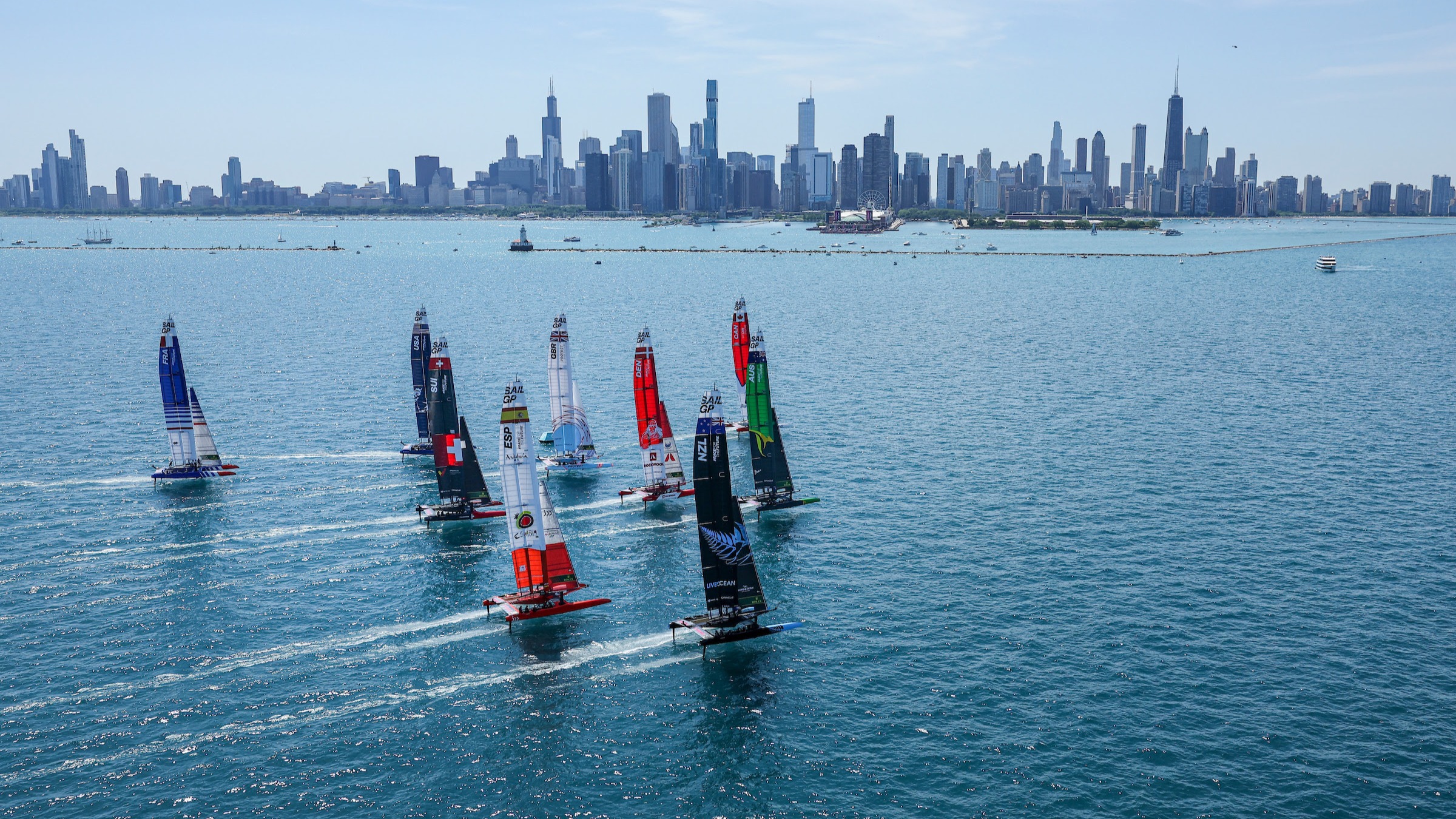 With 45 points, Canada finished at the top of the fleet to progress into the Finals against Team Australia and Sir Ben Ainslie’s Team GBR. The Season 2 and Bermuda SailGP winners were out of the blocks from the start, but Canada was close on their heels all the way around the track finishing just 19 seconds behind the Australians to take second place for the event and move into second on the season leaderboard.

“We sailed way above our expectations. I think we have put together a good team. We’ve got a great squad who are eager to learn. Every day we race is a completely new day for us like today - with light air and the big wing, we’ve never done that before. We are learning on the fly! Which is testament to how good this crew actually is,” said Robertson. 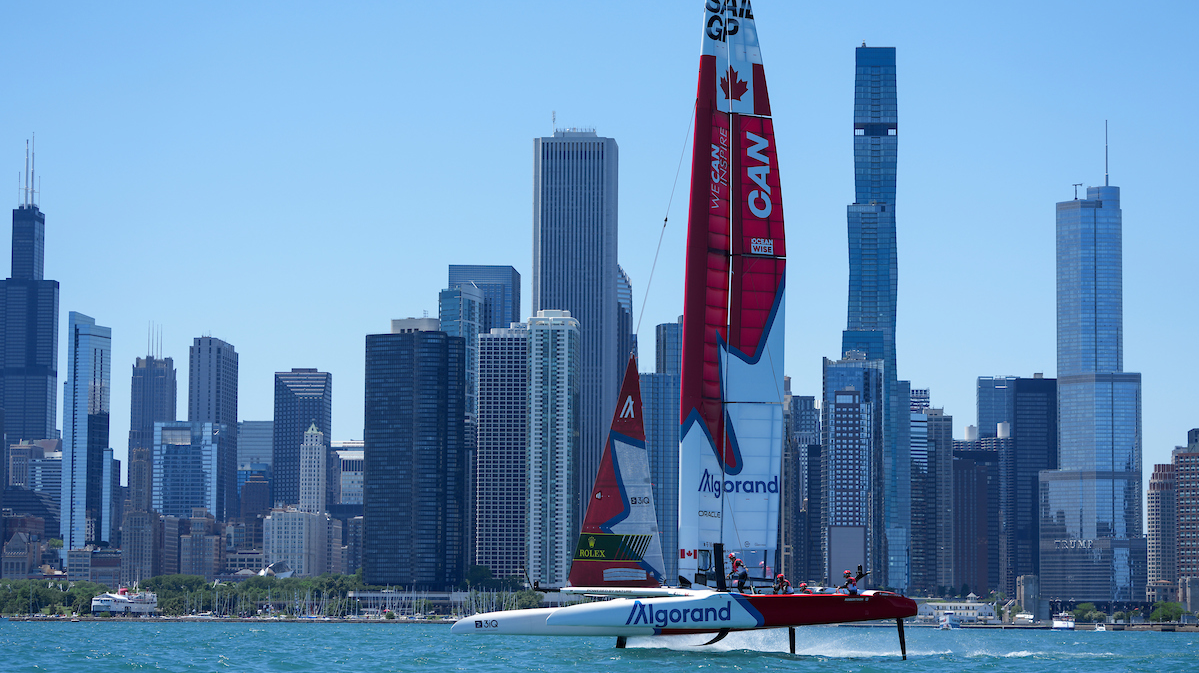 Canadian flags were fluttering along the lakeshore and amidst the thousands of fans that lined Navy Pier for the weekend’s racing. We CAN Inspire, the team’s mantra, is also prominently on the team’s wing and close to the hearts of the team’s founders and all team members. Likewise, with the goal of getting the country’s next generation foiling, the team took the opportunity in Chicago to launch the We CAN Foil programme on Friday evening in the presence of the Canadian SailGP Inspire Regatta participants, team partners and suppliers, as well as the potential host city delegations from across the country.

Notably two of the young Canadians in the SailGP Inspire Regatta this weekend were also on the podium: Galen Richardson (ON) in second place overall and Rebecca Heller (ON) as top female athlete.

Canada SailGP Team’s sights are now set on the next SailGP event in Plymouth (UK) on 30-31 July.