SailGP’s chief umpire Craig Mitchell has given his penalty rundown of all the racing action at the Great Britain Sail Grand Prix in Plymouth.

A total of 36 protests were lodged across the weekend, resulting in 20 penalties. Six of these were boundary penalties, which punish teams for straying outside of the course limits. 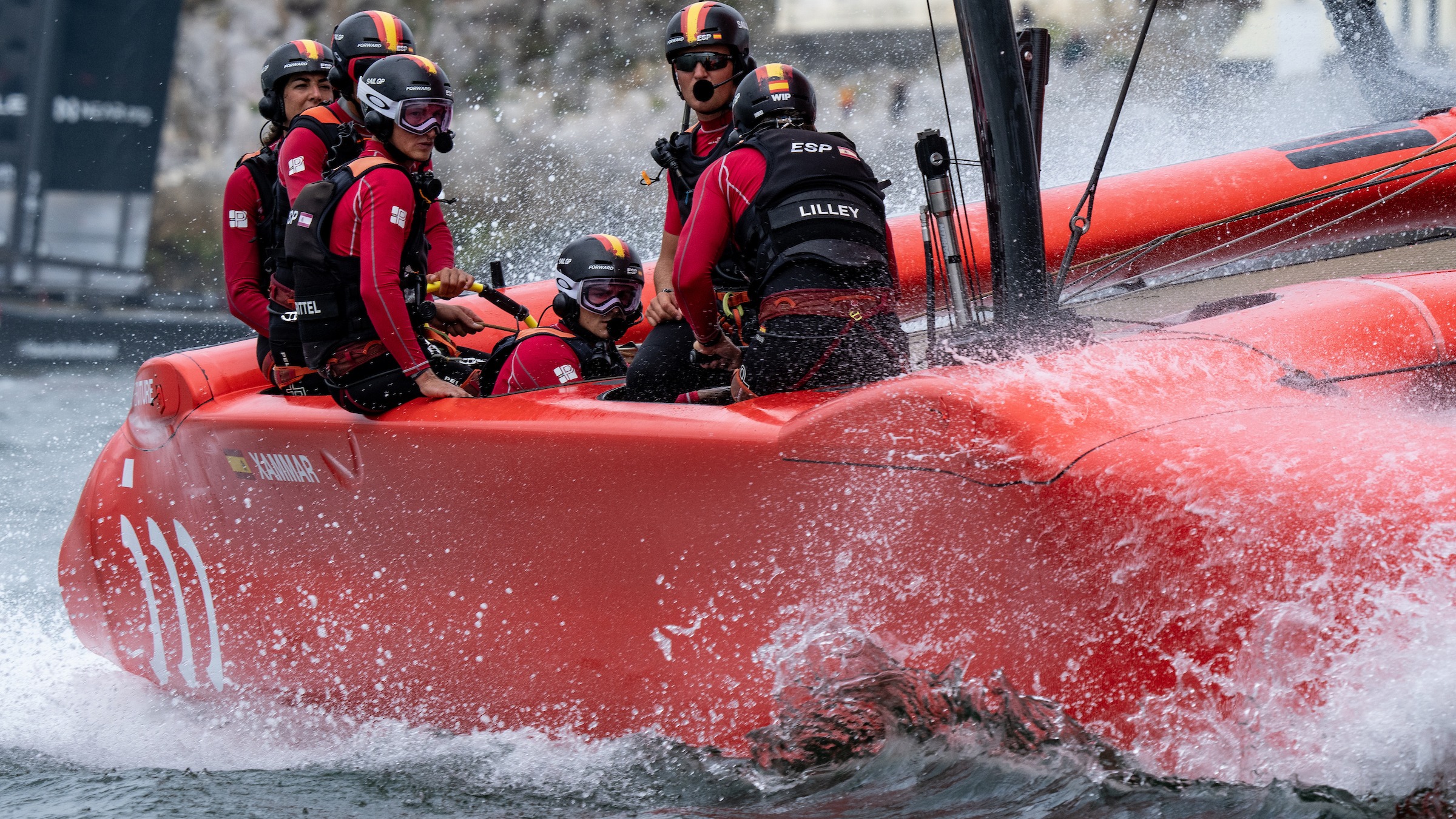 Three of these happened at almost exactly the same time, with the U.S., New Zealand and Great Britain all sailing outside of the boundary in the second race shortly after Mark 1. Mis-timed boat handling was likely to be the cause for these simultaneous boundary infractions, Mitchell said.

“It looked like some of the teams weren’t dropping their boards soon enough to be able to turn before running out of bounds,” he said.

A boundary penalty requires a team to kill its boat speed and drop back 20 metres. “It’s not a massive penalty, but it can be painful if you dip back into bad air,” Mitchell said.

Delayed board drops were a recurring problem for Jimmy Spithill’s U.S. team, which was handed a penalty in the first race for not keeping clear of France on the approach to Gate 2. 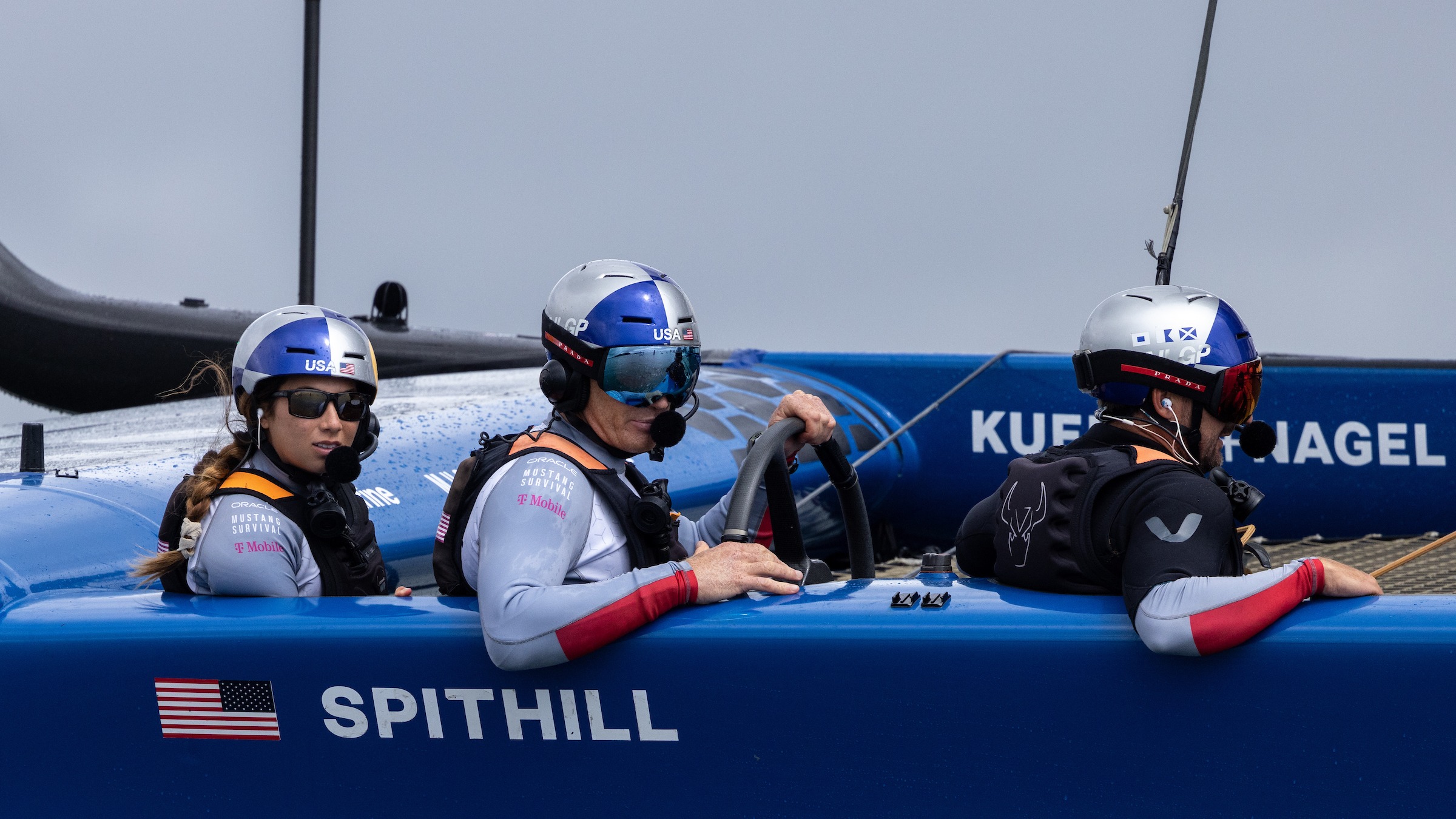 “The U.S. team went to drop the board to gybe in front of France, but the board took a lot longer than usual to go down onto the lock and they couldn’t turn very well,” Mitchell explains. The consequent penalty and time spent getting back on track saw the team cross the finish line in seventh place.

The most severe penalty of the weekend took place off camera before the first race had even begun. Jordi Xammar’s Spanish team collided with Ben Ainslie’s Great Britain on the approach to the start line, which scuppered Great Britain’s start and proved devastating to Spain. The team received a penalty for causing contact, docking the team four points from its event score and - more importantly - two points from its overall season score, which Mitchell described as a ‘big loss’.

The incident also proved costly to Tom Slingsby’s Australia, which was forced to drop behind Spain after incurring an OCS penalty for crossing the start line early.

“Crossing the line early and dropping behind the fleet leaves you with a mountain to climb to get back into the race,” Mitchell said.

The most contentious penalty of the weekend however occurred on the last day of racing. Great Britain was handed a devastating penalty 200m from the finish line in the fifth and final fleet race for crossing too close to Australia, pushing the team back into fourth. It meant the team lost a tie break for third place overall with Nicolai Sehested’s Denmark, stripping the home favourites of a place in the Final.

Driver Ben Ainslie criticised the call, but Mitchell pointed out that ‘there doesn't need to be contact for someone to be breaking a rule'. “If a right-of-way boat has to take avoiding action and if it’s reasonable to take that avoiding action then the other boat hasn't kept clear,” he said.

Ainslie found fault with the umpires’ ghost boat technology, a part of the tracking system, which allows them to see a four second projection of a boat’s path, taking into account current direction and speed.

However, Mitchell said that part of the software was not the only factor behind the decision. “It’s just one of the tools that helps us make a judgement - we are looking at many data points within the tracking software and can also see the incident from multiple TV camera angles to gauge how close the boats get,” he said.

He pushed back against Ainslie’s criticism, arguing that Great Britain was pressing a high risk strategy. “It was a really close call but it was on GBR to keep clear,” he said. “And if we're not certain the give way boat has kept clear then they will get a penalty in that situation.”