Coaches need to become ‘more dynamic’ and quicker at communicating winning race strategies to their teams on the water, Deep Dive hosts Freddie Carr and Stevie Morrison have said.

Speaking on the latest episode of SailGP's podcast, both Carr and Morrison questioned the decision of coaches not to communicate New Zealand’s winning start strategy to their teams during the ROCKWOOL Denmark Sail Grand Prix.

New Zealand dominated racing, winning all three fleet races, before blasting to victory in the Final over France and Denmark. Reflecting on the Kiwis’ performance, Carr claimed ‘it was the most dominant day I’ve ever seen in SailGP’.

Key to the Kiwis’ success was their starting strategy, which saw them positioned an average of seven metres from the starting line and travelling at 65 km/h - 15 km/h faster than all other boats. This resulted in an average position of 1.3 at mark one across all four races.

“The Kiwis were going in at 65 km/h, nailed their foiling tack, had the highest bottom speed in all those tacks and had the whole world in front of them - that’s so hard to defend,” Carr said.

However, he questioned why coaches watching on the water did not instruct their teams to replicate New Zealand’s winning starting strategy. 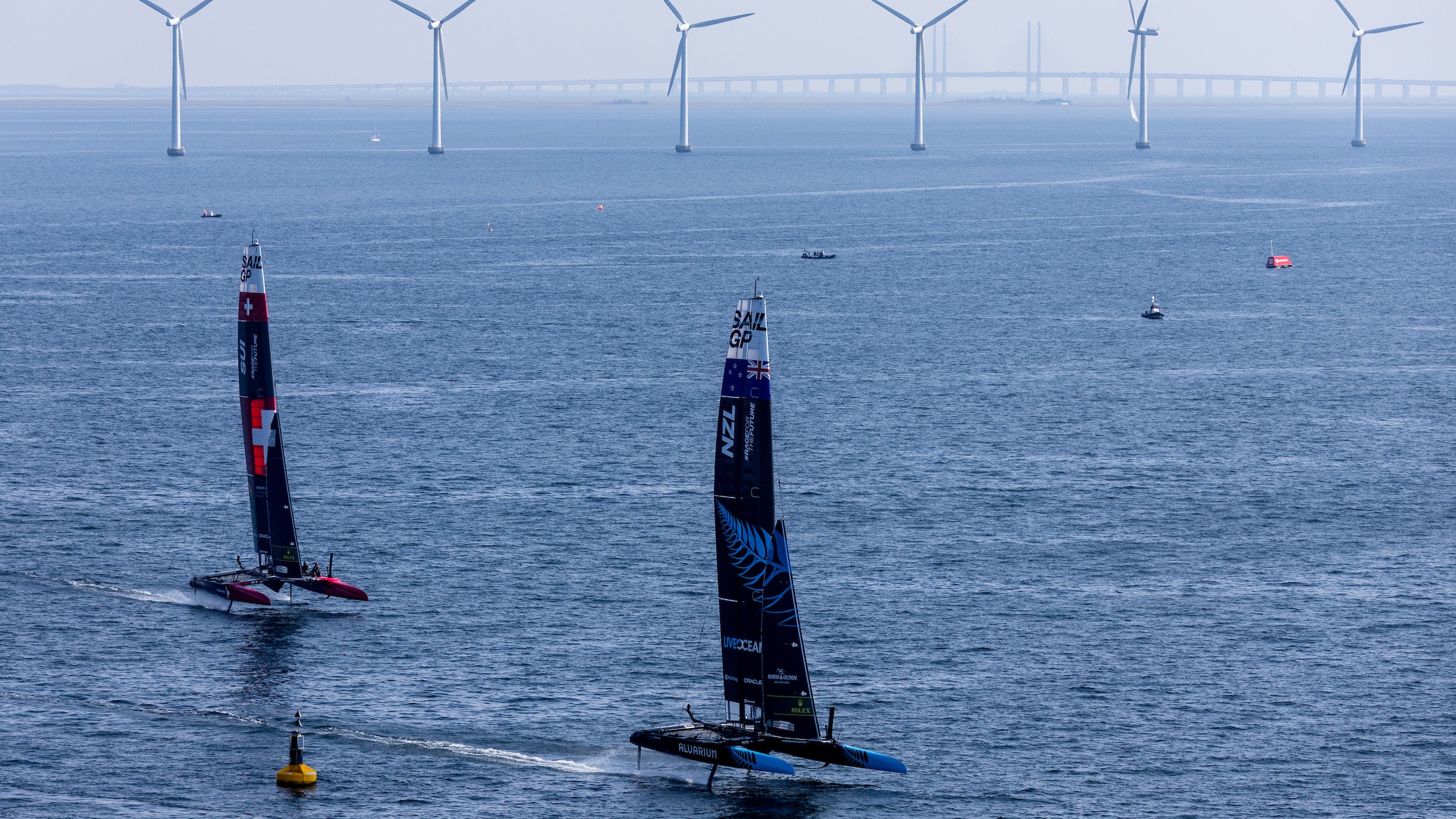 “Why aren’t [the coach boats] saying to the crews that New Zealand are dominating the day with this starting approach, and why did no-one else take it on?” Carr asked. “I couldn’t really get my head around why no-one else was doing that perfectly timed run from 25 seconds out - it was weird.”

Morrison suggested the time pressures of the day - which saw a rapid turnaround time between races - may have been the reason.

“Perhaps the coaches need to be a bit more dynamic and get shouting that message in even when it is a bit rushed,” he said. “That’s something for the teams to think about but the nature of these stadium races - you’ve got to be adaptive, you’ve got to see what’s going on and I completely agree, I just don’t think enough of the teams took a step back and said ‘look New Zealand is doing something completely different from us, perhaps we need to try and do that’.” 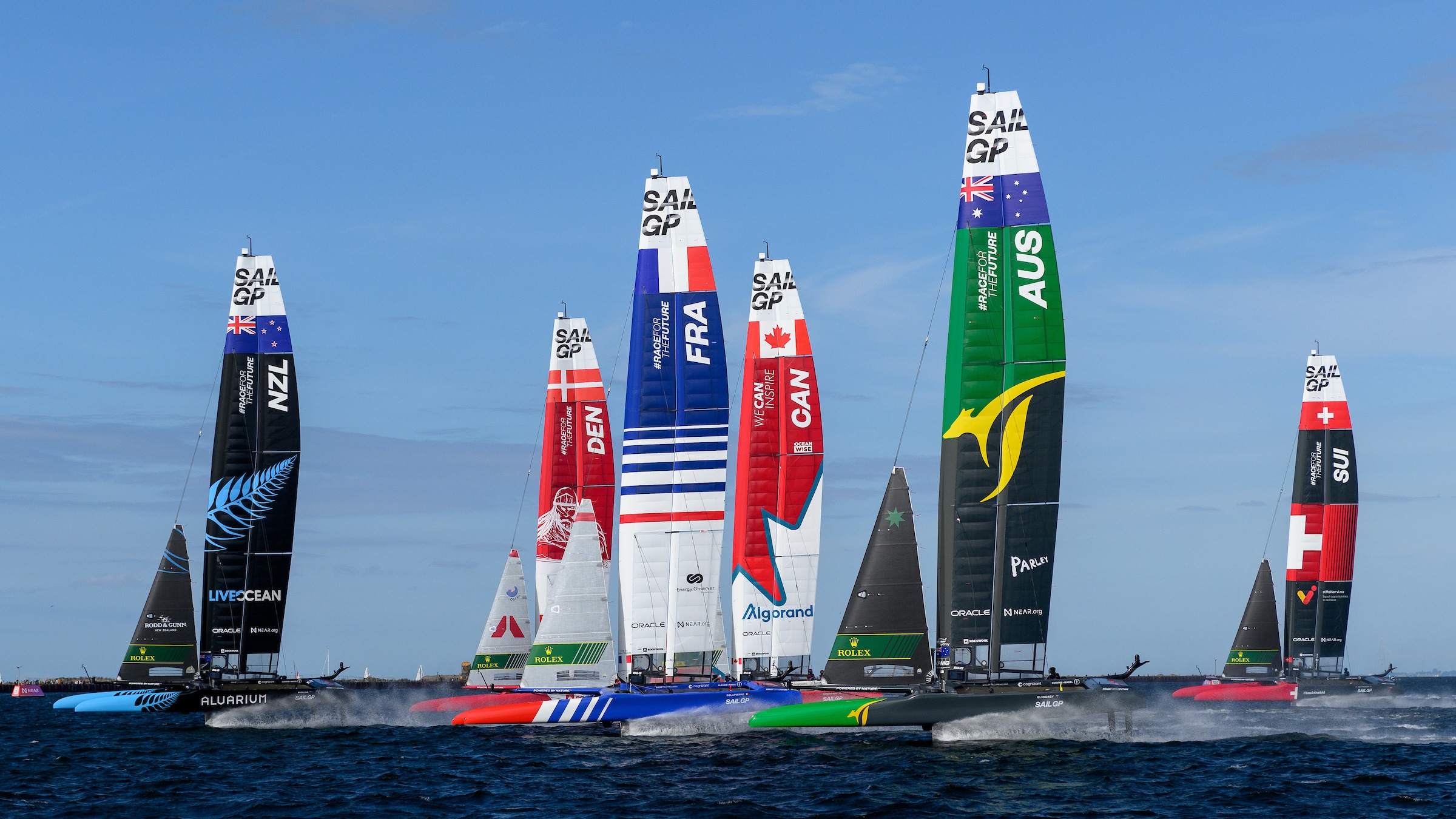 Elsewhere, Carr and Morrison dissected all the racing action from Copenhagen, including the last minute crew change on board the Australian boat, which saw long-term wing trimmer Kyle Langford swapped out for Ed Powys 30 minutes ahead of the first race.

Carr said the Australians’ fourth place finish proved they remain one of the strongest teams in the fleet.

“They were still in with a shot of making the final three with a massive change in their crew line-up,” Carr said. “Langford is so pivotal to tying that boat together so full credit to Ed Powys.” 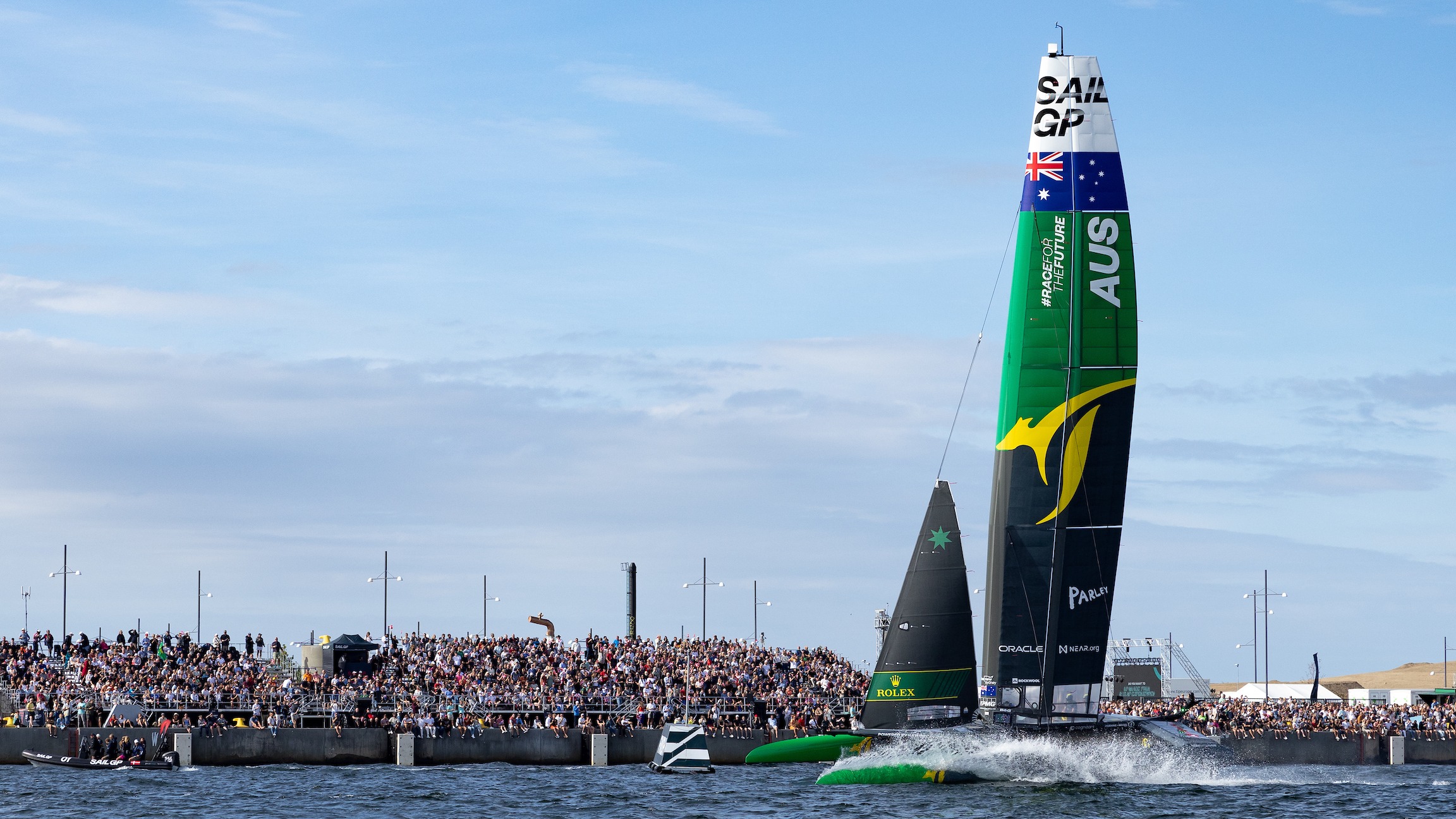 He pointed to last season’s Great Britain Sail Grand Prix in Plymouth, which saw Ed Powys jump into the flight controller position and help the team to victory and described Powys as the ‘super sub’.

“They finished fourth and I think that’s a pretty respectable performance by the Australians considering they changed such a core member of their crew,” Carr added.

Morrison agreed, adding that it showed the ‘depth of the team’. “It was a pretty impressive performance,” he said.

The Deep Dive podcast is available on all major podcast platforms and features new episodes ahead of each event of SailGP Season 3.