Denmark fighting for podium points-swing in the Windy City

The Danes got off to a strong start with a third place finish in the opening action of the Sail Grand Prix, and followed up with a fourth spot in Race 2, to stay within touching distance of the podium places. 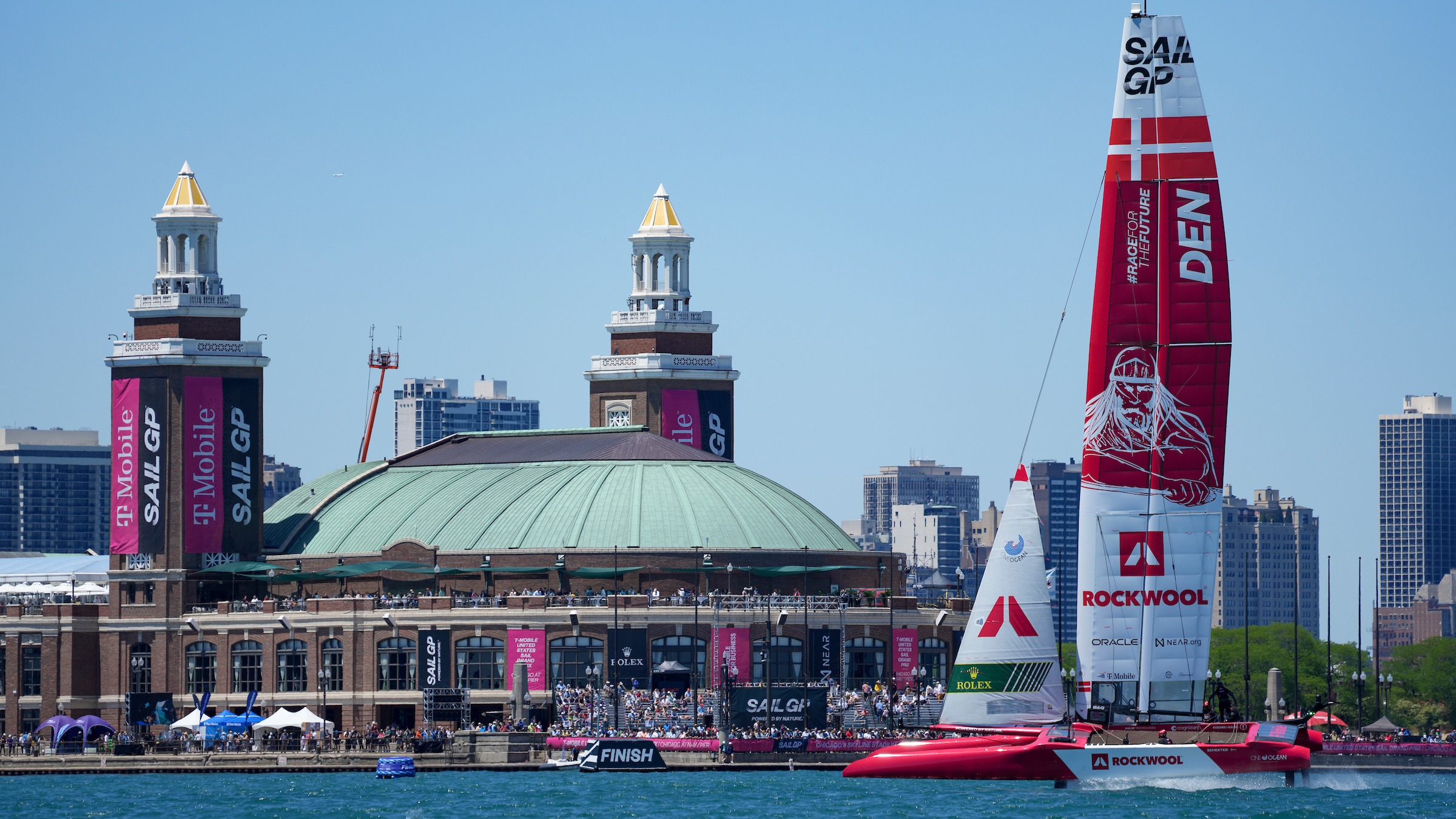 But a disappointing seventh place in the final racing of Saturday leaves Nicolai Sehested’s crew sitting five points off the top three with two races to go.

“It was a fun day on the water here in Chicago. We had two good races, and one bad – and ending on a bad one is never good as you leave feeling frustrated,” Sehested explains.

He continues: “But to be honest, it makes no difference, we have to go out on Sunday and do a good job anyway. It doesn’t matter if you’re leading or fifth, you still have to go out and perform.” 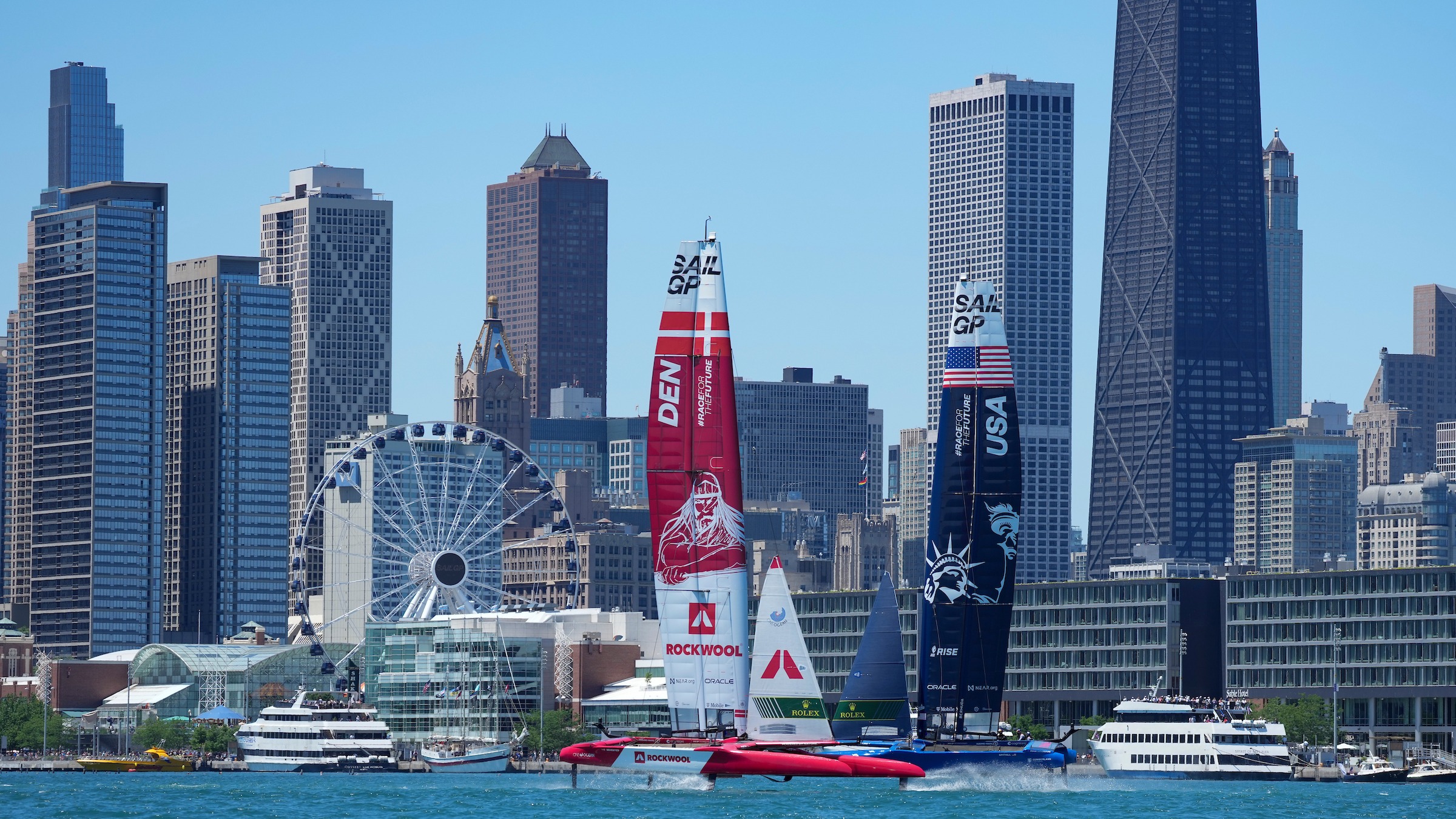 The overall rankings suggest that Denmark has an outside chance of grabbing its first top three finish since joining the global racing league, and Sehested remains optimistic.

“It’s tough out there, but anything can happen. We overcame a bigger swing than five points in Bermuda, and we very nearly made it into the final race, so we just have to stay focused on ourselves and keep believing that it’s possible, until it isn’t.”

The forecast for Sunday is light and tricky – and could see crews onboard reduced to four athletes. That would mean that Danish Olympic star Anne-Marie Rindom could step up into the grinder position, joining Sehested, flight controller Rasmus Køstner and wing trimmer Tom Johnson onboard.

Rindom, who practiced the role for the first time on Friday, said: “I really enjoyed it. It was good to try the role and it was fun. I get to know more about the boat and what the team members are doing – now I have a better understanding of how the jib works, and when we need to grind.”

She adds: “The hardest part for me isn’t necessarily learning how to push the right buttons at the right time, it’s mentally not having the head out of the boat, but focusing inside. Normally, everything I do is about getting my eyes out of the boat – the more, the better. But in SailGP, it’s the opposite.”

“It’s really amazing,” says Julius Hallström. “You can hear the fans when you’re on the water, it’s very cool – what an incredible location.”

Click HERE to check out the action on Race Day 2 of the T-Mobile United States Sail Grand Prix in Chicago.