SailGP returns to British shores for the Great Britain Sail Grand Prix this weekend, with Denmark SailGP Team presented by ROCKWOOL in search of a first overall podium finish.

The Danes sit in fifth place in the season rankings after a bright start to Season 3, and with a homecoming event on the horizon in August, driver Nicolai Sehested is keen for his crew to maintain momentum as they race in Plymouth Sound on 30-31 July.

“We know that consistency is key in SailGP, and while we’ve shown some good moments, we need to keep working hard to raise our level,” Sehested explains. 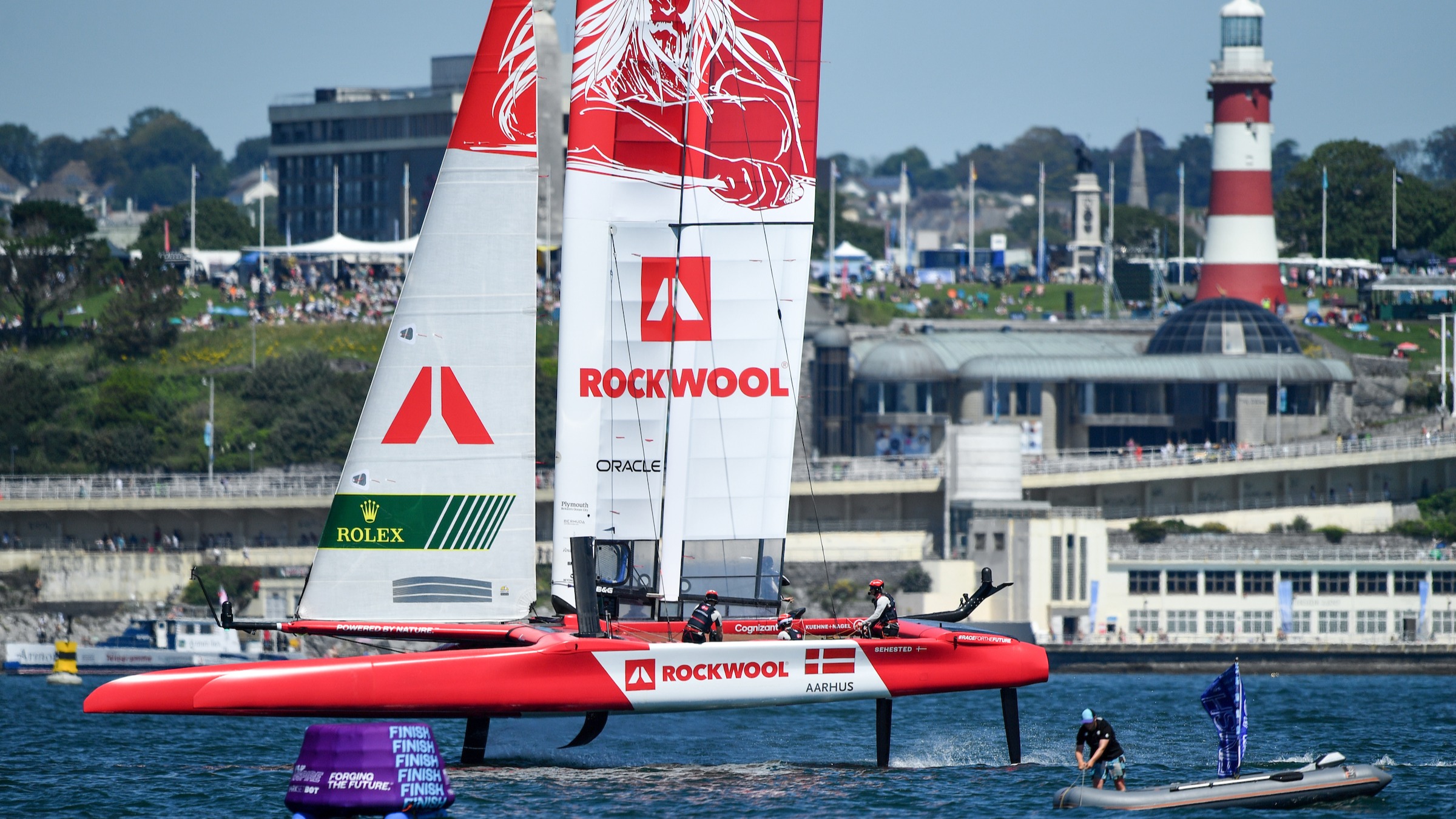 “In the right conditions, we have shown that we can beat any team in SailGP – so we have belief, but we need to make sure that when we do make mistakes, or bad calls, which will happen, we stay in the mix. The best teams know how to do that.”

Denmark SailGP Team presented by ROCKWOOL grabbed a fourth place in Bermuda in the opening action of the new season, and followed up with a sixth spot in Chicago in June – a result that left the crew feeling deflated, after a solid start on Lake Michigan.

“We were a bit disappointed in Chicago, because we felt we went into the second day of racing in a good position and should have been able to tighten our grip on the top three,” admits Sehested.

“I think it’s good that we are getting frustrated – it shows that we have evolved since last season and have the belief and expectation to push on. We had a pretty open and honest chat after the racing, which is good to get through some of the frustration and also address some of the mistakes we were making.

”We know we’re on a journey, and need to be patient, but we’re athletes, and we want to win every time we go on the water. We hope to bounce back in Plymouth and stake our claim for the podium.”

The Great Britain Sail Grand Prix marks the one year anniversary of the launch of SailGP’s Impact League – a ground-breaking initiative that scores teams on their positive actions on shore, and runs alongside the on-water racing championship.

Denmark SailGP Team leads the overall Impact League rankings in Season 3, and, having taken the win in Chicago, is working hard to remain at the forefront of the sustainability conversation in Great Britain.

“We take the Impact League really seriously, and we’re lucky to have two great partners in ROCKWOOL and the One Ocean Foundation, who are guiding us in this area,” explains Sehested.

“As Danes, sustainability is in our DNA, and I’m proud that we are showing leadership in this area. Of course, it’s a competition, and we are very happy to be successful, but the collaboration and energy from everyone across SailGP – the teams, and the organisation itself – is really inspiring.”

Following the racing in Plymouth, the fleet will head to Danish waters for the ROCKWOOL Denmark Sail Grand Prix in Copenhagen on 19-20 August

“We can’t wait to go racing at home, it’s going to be an epic spectacle to have these crazy boats in our waters, in front of thousands of fans, and some of Denmark’s most iconic landmarks,” continues Sehested.

“We know the Danish crowds will come out and show how we can do a summer party, and make it a real festival vibe. We saw that with the Tour de France departure from Copenhagen earlier this month and I have no doubt that the Danish sports community will come out flying the flag and do us proud again. It’s our job to go out and give them something to cheer on the water.”

Limited tickets are still available for the ROCKWOOL Denmark Sail Grand Prix in Copenhagen on 19-20 August. To secure yours, head to sailgp.com/denmark