Denmark SailGP Team presented by ROCKWOOL finished in third spot overall at the Great Britain Sail Grand Prix after a super Sunday saw them secure a podium spot for the first time.

Led by Nicolai Sehested, the Danish boat started the final race against Australia SailGP Team and New Zealand SailGP Team strongly, but fell back in shifty winds and was overtaken by their rivals, as the Kiwis took the overall win. 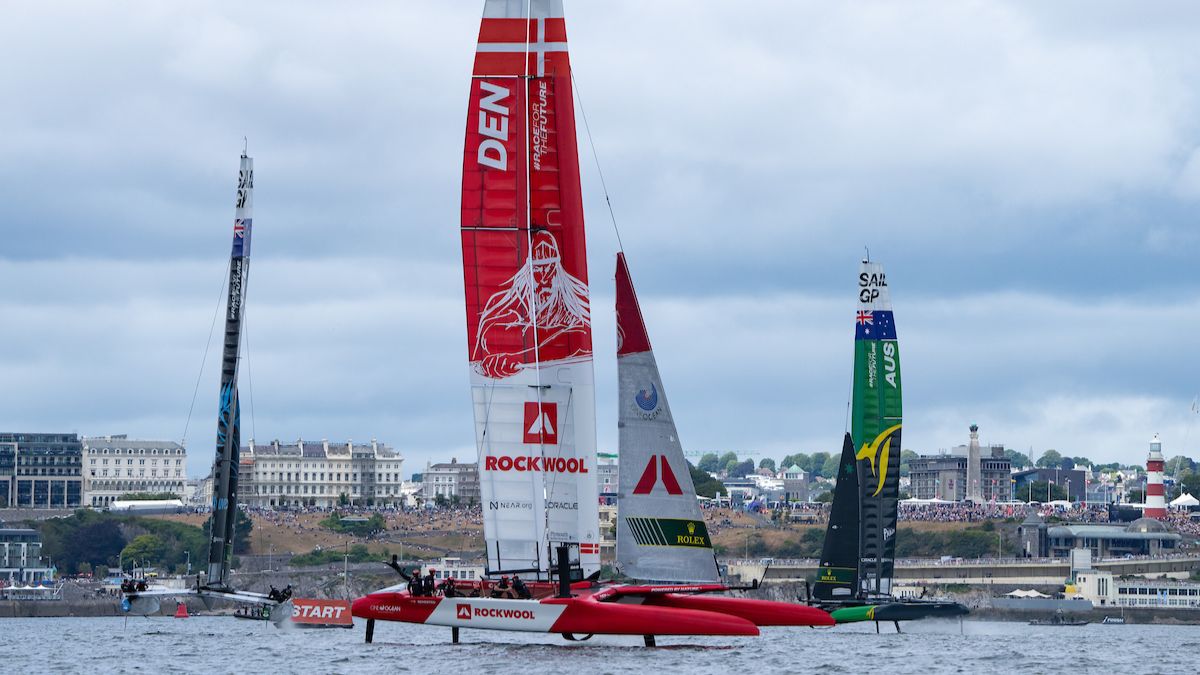 “We’re really proud to have grabbed a podium position, which feels like it has been a long time coming, and naturally a bit disappointed that we weren’t able to take the victory as we started so well in the final race,” admits Sehested.

The Danes secured their place in the final with three solid results in a row to end the racing in Plymouth, taking a hat-trick of second spots to flip the leaderboard and sneak into the final ahead of Sir Ben Ainslie’s home team.

The final ranking was confirmed in the last 100 metres of the fleet racing, as the Brits were given a penalty following a close cross with Australia to fall behind Denmark in the overall rankings.

“We sailed with everything we had today, after a bad first race to the Sail Grand Prix on Saturday, and luckily it ended up giving us our first top three which feels really special,” Sehested explains.

“But going forward we probably can’t count on getting three second places in a row, and that’s why we have to keep working on consistency and not getting those bad results, as it takes so much to get out of them again.”

With the podium spot, the Danes have set up a perfect prelude to SailGP’s next event – a homecoming for the ROCKWOOL Denmark Sail Grand Prix in Copenhagen on 19-20 August.

“Of course, a race like this gives us a lot of excitement for racing at home, and trying to repeat it – with hopefully a better final position than today,” continues Sehested.

The ROCKWOOL Denmark Sail Grand Prix takes place in Nordhavn in Copenhagen on 19 and 20 August, and it is a Danish team that comes home to Denmark with lots of confidence and faith in things.

"We are really looking forward to coming home and showing the Danish sports fans how crazy sailing can be when 24 metre-high catamarans race close to land at speeds up to 100 km/h. After today, a place on top of that podium in Copenhagen is what I will be dreaming of when the head hits the pillow tonight," says Sehested.

Tickets for the ROCKWOOL Denmark Sail Grand Prix can be bought at Ticketmaster.dk. Read more here.