The Range Rover France Sail Grand Prix did not disappoint, with plenty of fast and furious racing action taking place on the iconic waters of Saint-Tropez.

There were crushing penalties, fierce rivalries and broken speed records as the nine strong F50 fleet went to battle in winds exceeding 40 m/h on Saturday. On Sunday however it was a different story, with winds dropping to a measly 10 km/h and Saturday’s smallest 18 meter wing swapped for the biggest 29m alternative. We round up the most memorable moments from across the weekend.

Heavy winds challenged crews in both practice racing and the first day of the Range Rover France Sail Grand Prix, with gusts of up to 45 km/h catching teams off guard. 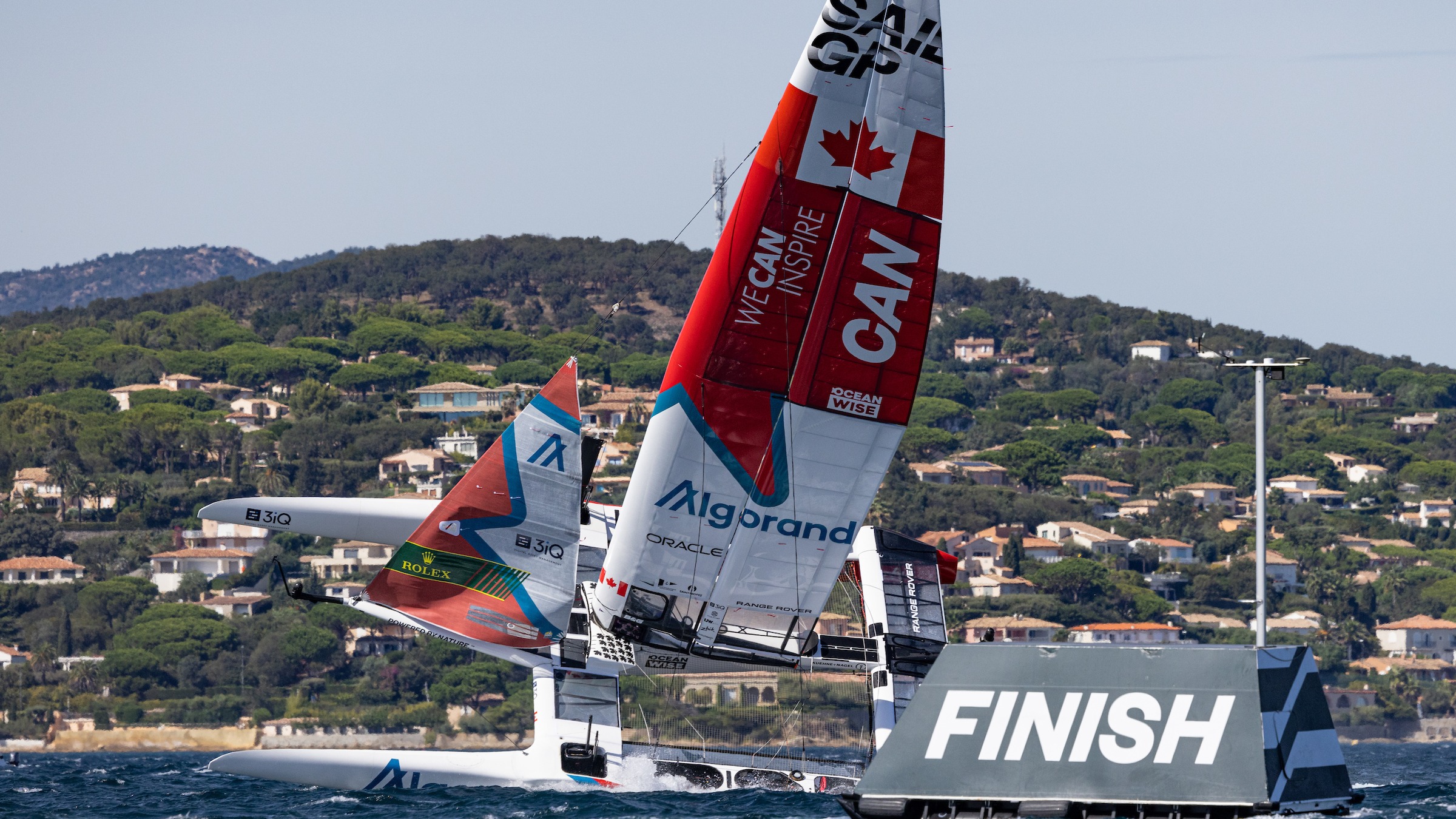 Denmark came close to capsizing when rounding a mark in practice racing while Phil Robertson’s Canada just about managed to right its F50 when a gust almost flipped the boat ahead of the finish line.

The rivalry between Tom Slingsby’s Australia and Peter Burling’s New Zealand became fierce in Saint-Tropez when aggressive match racing tactics by Burling resulted in the Aussies nosediving into the water in the first race of the day. The incident, which occurred ahead of the finish line, resulted in the Aussies being overtaken by Great Britain, the United States and Spain, finishing in fifth place instead of second.

The incident resulted in damage to the Australians’ F50 and Slingsby responded by criticising Burling’s tactics. Speaking after the race, he said: “We’re just trying to cross the line and we’ve got all this damage because Pete Burling wanted one extra point, it’s ridiculous.” Slingsby had this revenge on the second day of racing by parking in front of the Kiwi F50 on the start line of the fifth and final fleet race and effectively blocking the New Zealand boat from crossing the line. 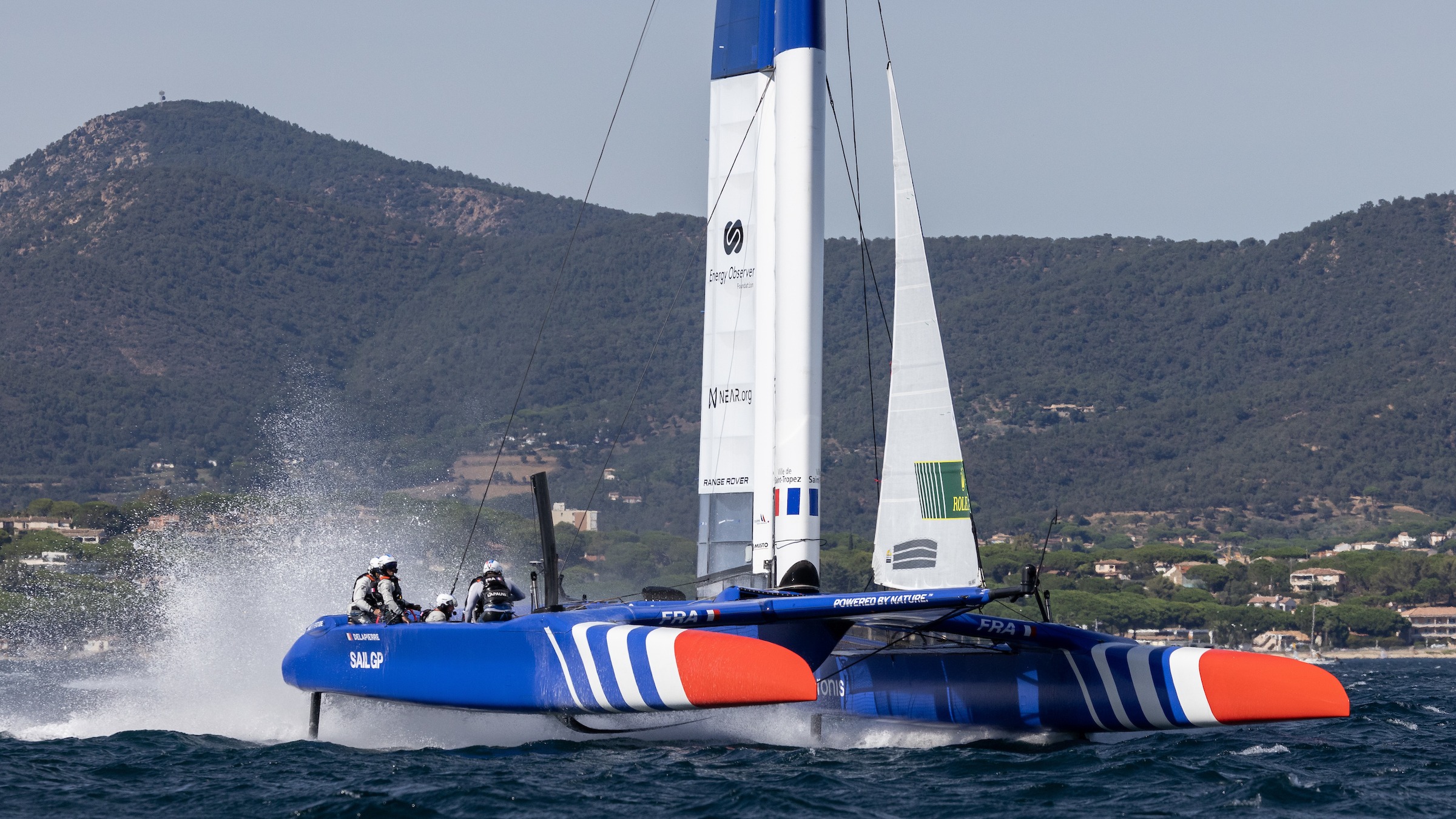 Strong winds on the first race day resulted in all teams surpassing the 90 km/h mark. But it was France which broke the SailGP racing speed record on home waters, racking up a speed of 99.94 km/h in the third fleet race. 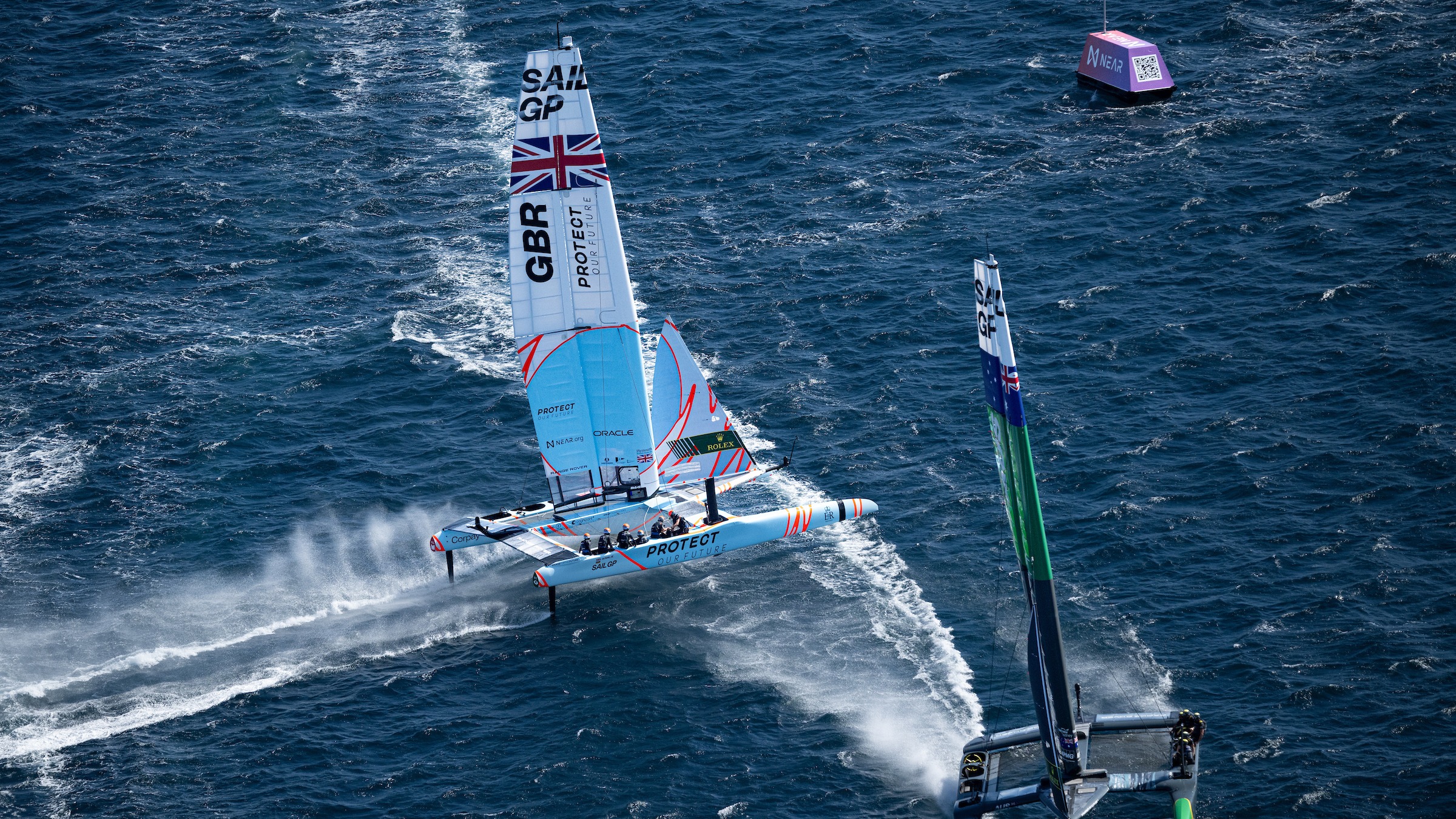 Great Britain had earlier set a new speed record of 99 km/h in the opening race before Quentin Delapierre’s team surpassed it shortly afterwards.

It’s been a long time coming for Jimmy Spithill’s U.S. team, which scraped into Season 2’s San Francisco Grand Final despite never securing an event win. Season 3 has started slowly for the Americans, with 5-8-7-5 event place finishes ahead of Saint-Tropez. But the team’s racing performance had an immediate uplift in France, with the team picking up a 3-2-3-1 fleet racing record ahead of the Final. 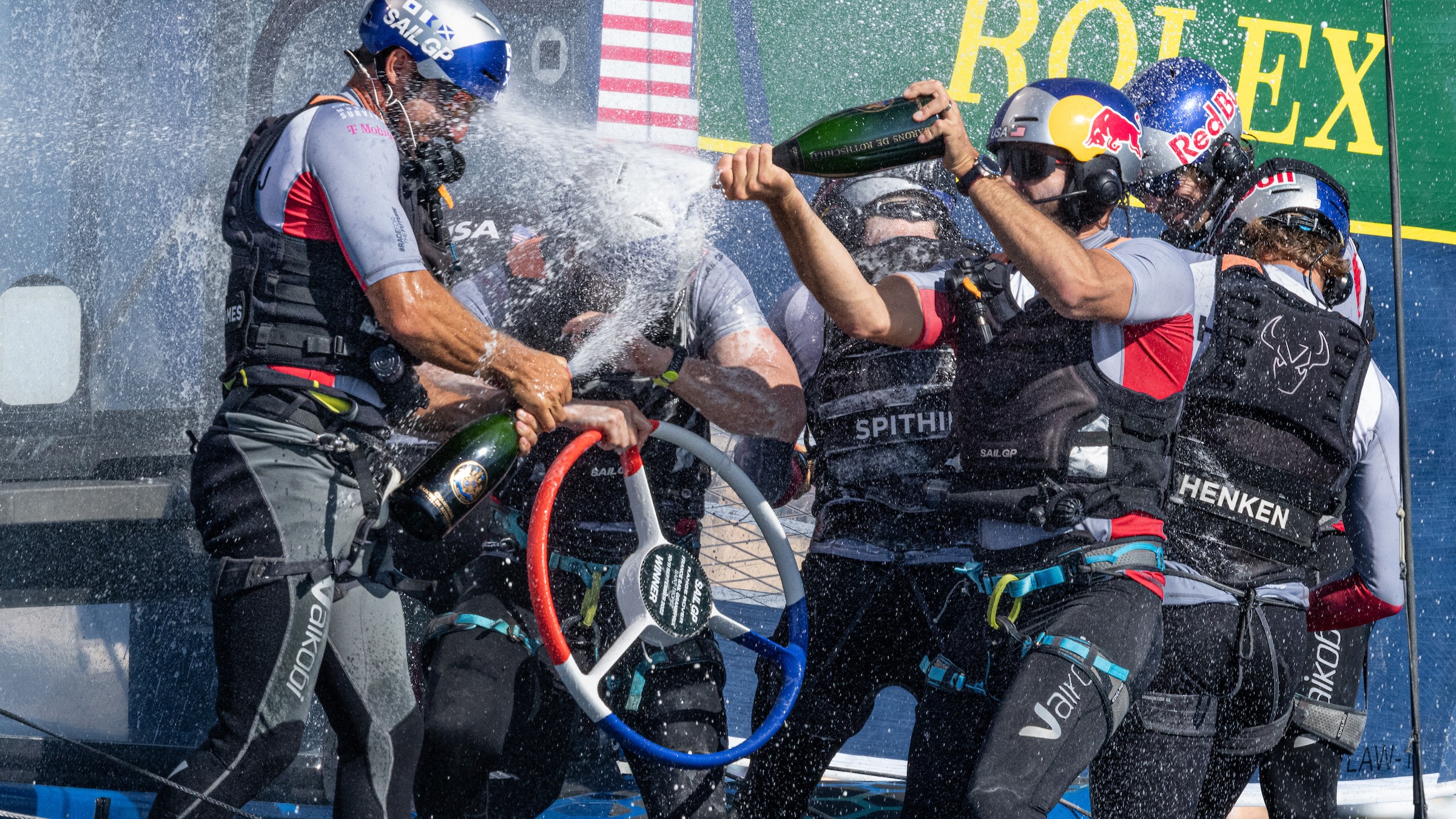 One mistake by New Zealand, which saw the team penalised for cross the start line early, and a crucial gybe performed expertly by U.S. F50 put the Americans soundly out front, allowing them to sweep to victory on the waters of Saint-Tropez.

Costly penalty points for Switzerland and the U.S.

There was plenty of offscreen drama too, with Switzerland docked four penalty points before racing had even started following contact with the U.S. team in practice racing. That meant the team started the race with -4 points and was also docked two overall season points. This means they picked up no points at all for the event. 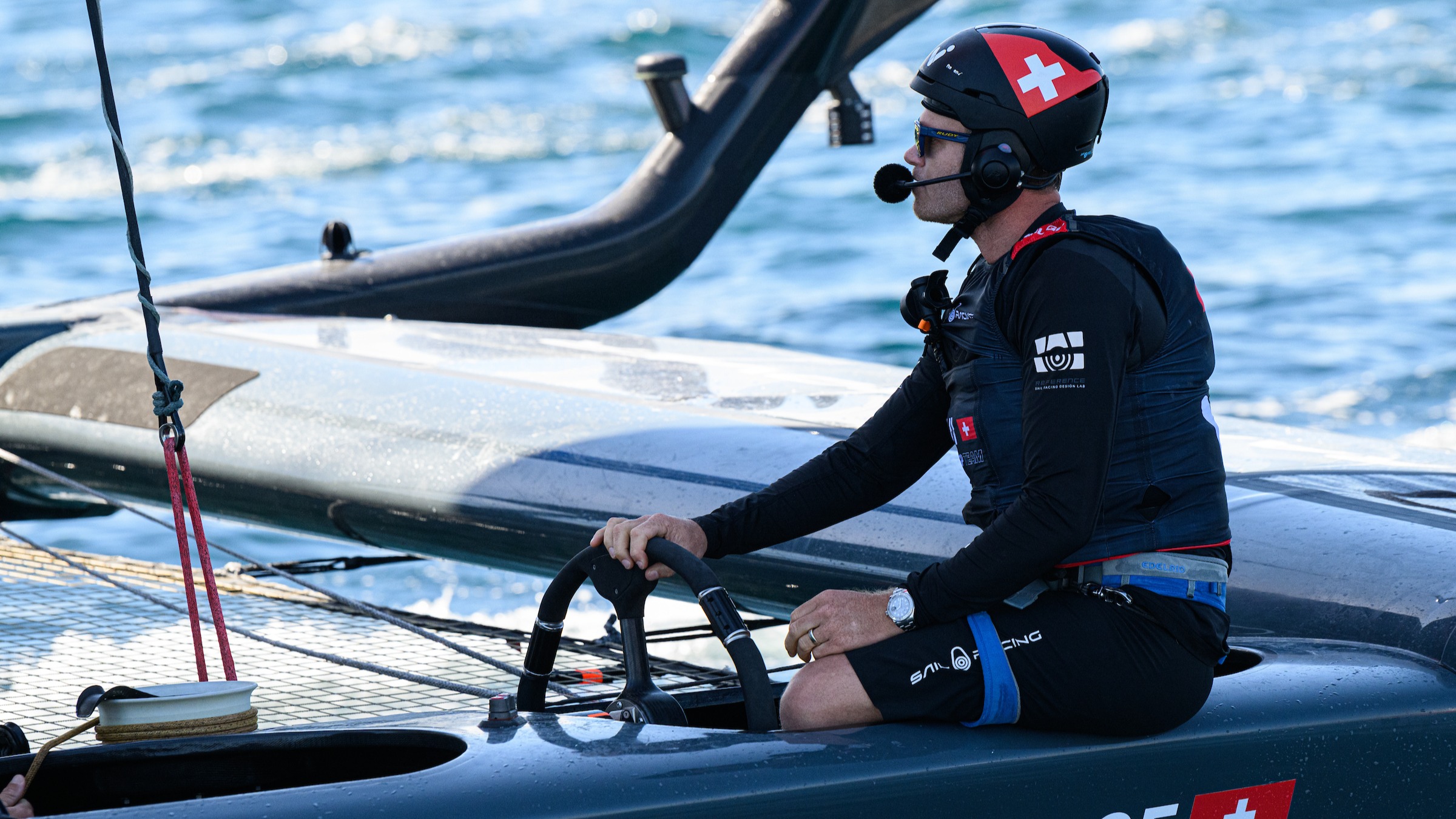 The U.S. also had a disaster when it was penalised for damaging the French boat in the fifth fleet race, which was later abandoned. The U.S. F50 got too close to France and Denmark at the mark, and clipped the stern of the French boat with its bow, resulting in the team being docked two overall season points.