“We're taking it one event at a time”: France coach Thierry Douillard looks ahead to the second half of Season 3

France is on track to meet its ambition of a place in Season 3’s San Francisco Grand Final but is continuing to ‘take it one event at a time,’ coach Thierry Douillard reveals.

Speaking ahead of SailGP’s first ever event in the Middle East, Douillard reflects on the four-event bumper European season, which culminated in France securing its first ever event win in Cádiz. The win propelled France up the leaderboard to third overall and marked driver Quentin Delapierre’s first anniversary of taking over from Billy Besson in Season 2. 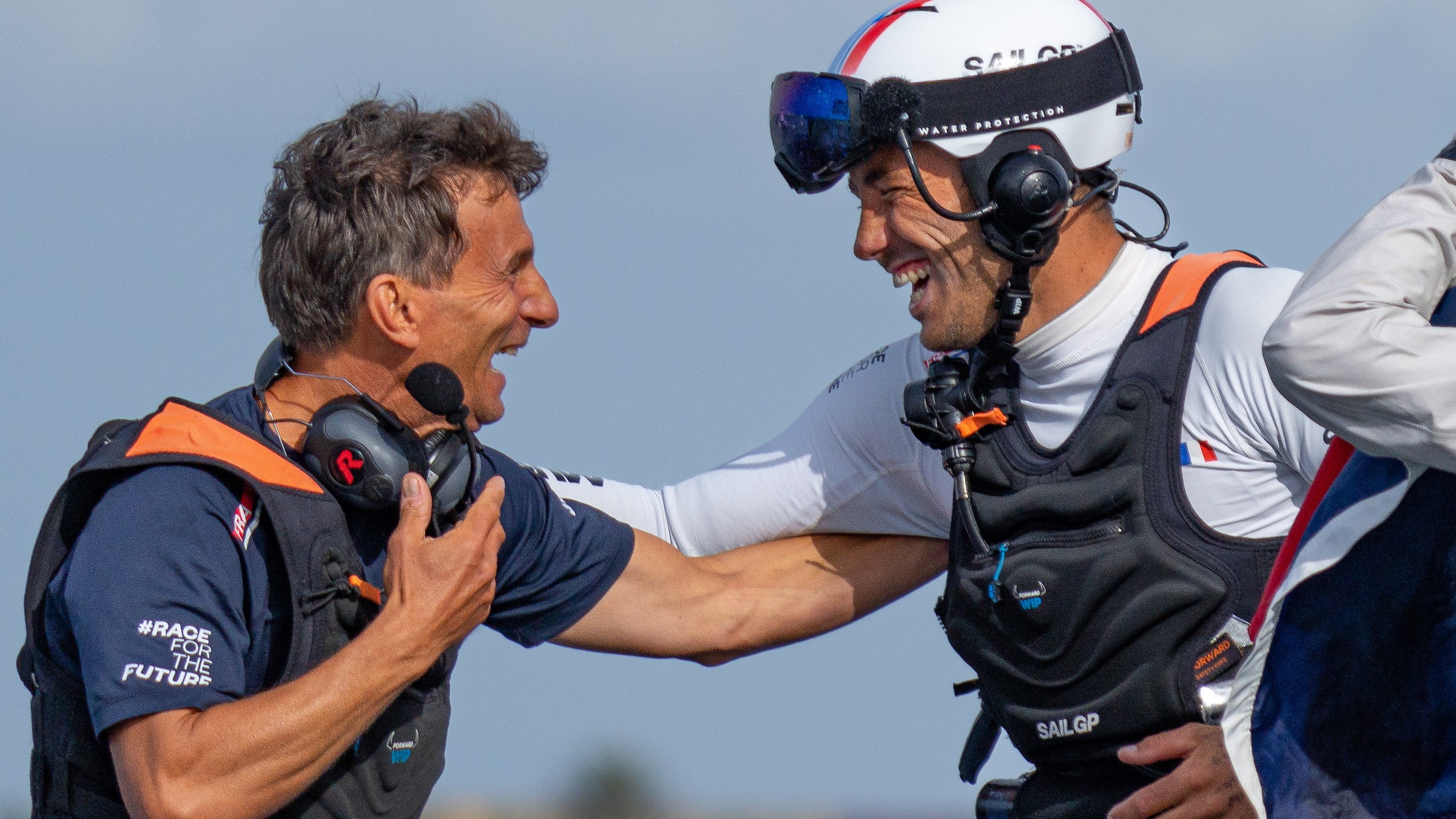 Reflecting on the decision, which he said was a ‘hard call’, Douillard says Delapierre has proved his worth ‘even quicker than expected’. “I’d known Quentin a long time and I knew he was a very hard worker with strong instincts and very strong leadership,” he says. After watching the team working to improve throughout the first half of the season with 8-5-5-2-4 event finishes ahead of Cádiz, Douillard says it was ‘only a matter of time’ before France clinched its first win. He attributed the team’s improving performance to numerous factors, including the signing of wing trimmer Kevin Peponnet and the crew ‘working very hard on their positions’. 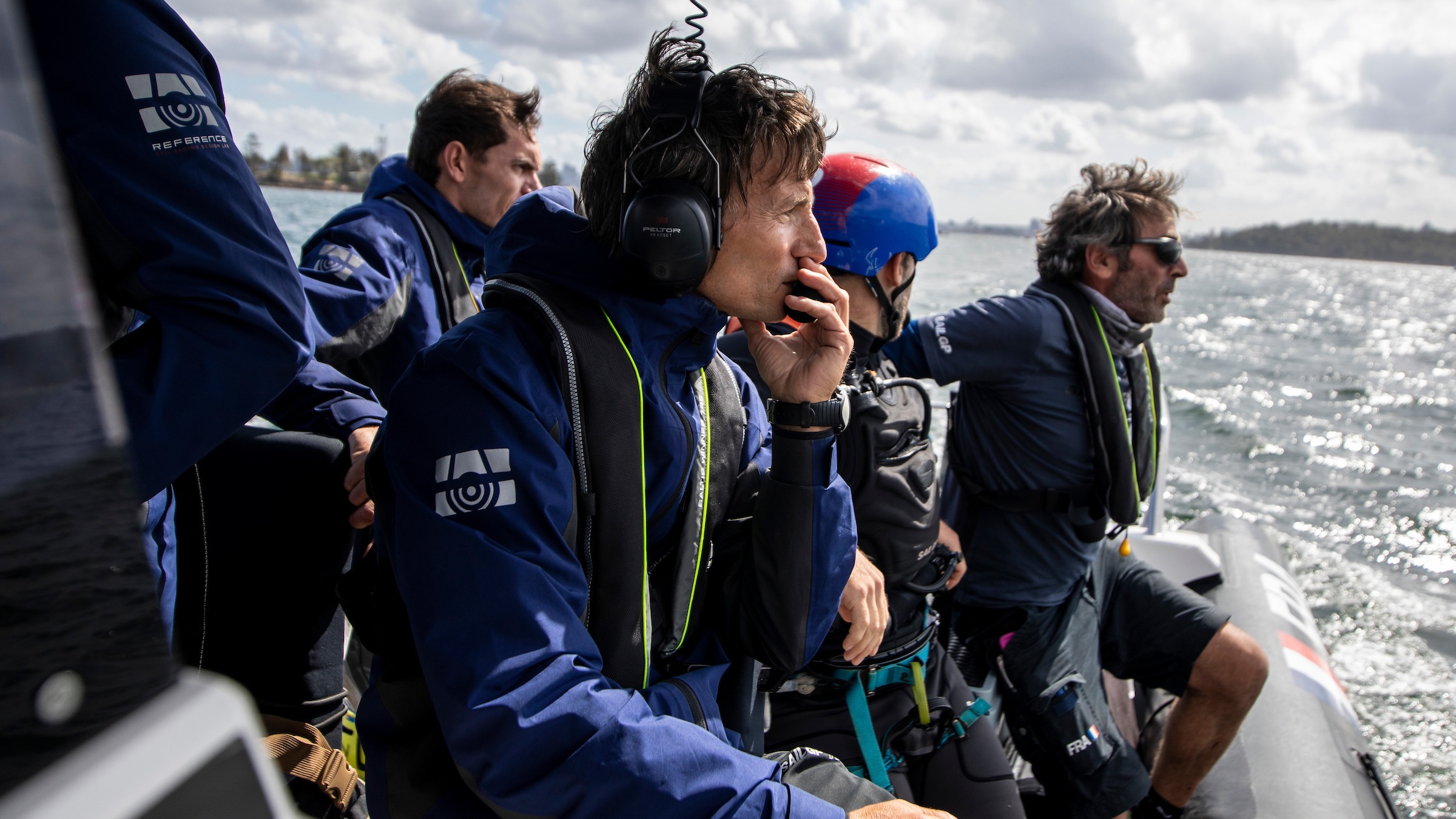 But as a fairly new team competing against the likes of Ben Ainslie’s Great Britain and Tom Slingsby’s Australian crew, the latter of which has been competing together for over a decade, France has to ‘find tricks to be better’, Douillard says. These include ‘spying’ on the best teams by studying their performance data. “We have to do it differently because we haven’t had the same amount of time on the water,” he adds. Even in the six-week hiatus between Cádiz and Dubai, the ‘entire team’ has been ‘working hard behind the scenes’ and continued to havemeetings every week to study ‘the data, video and audio’ from previous events. “We said at the beginning of the season that the European period was critical and we worked hard between all of those events to keep the momentum up.” 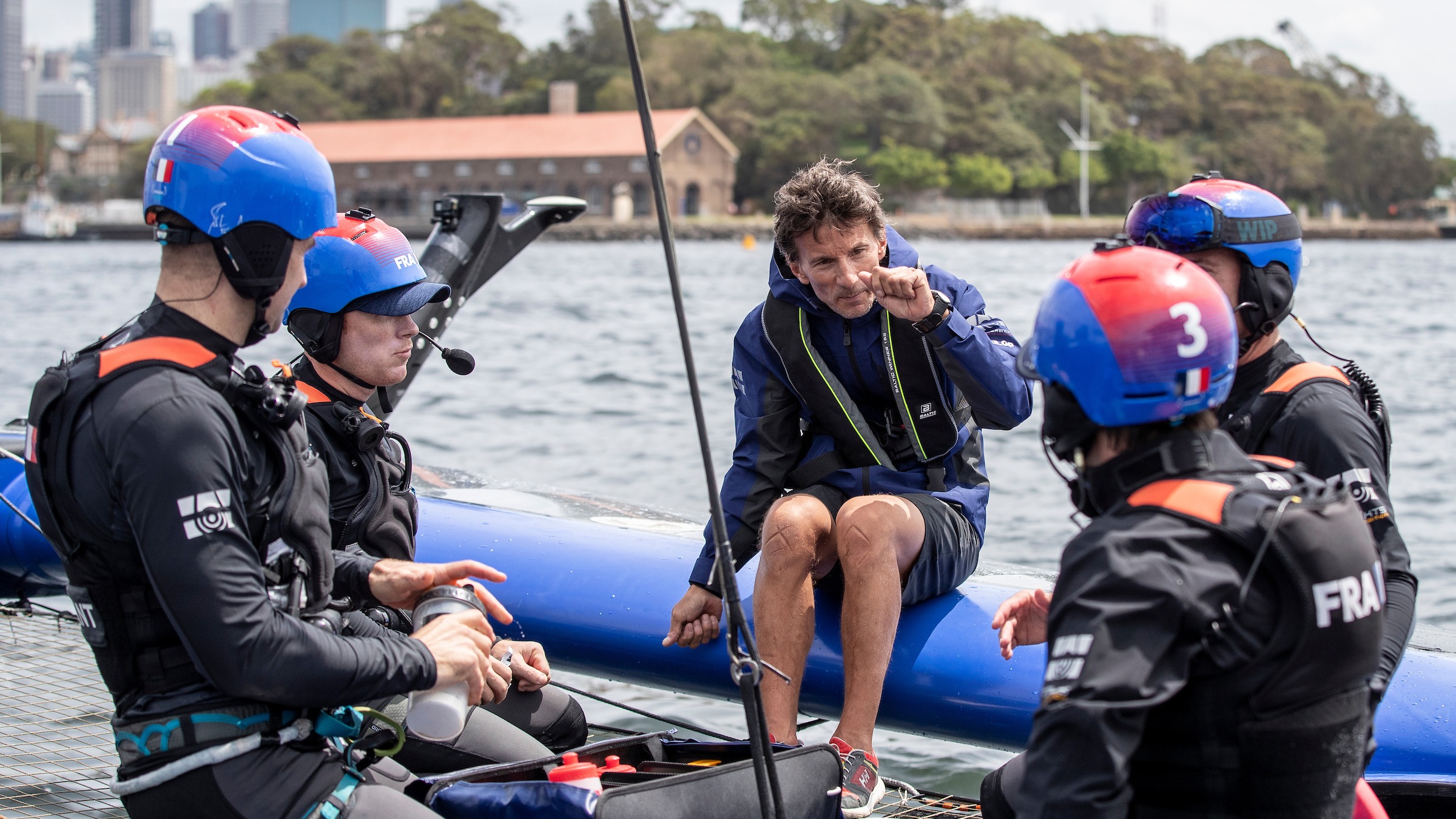 As a result, France is currently sitting in third with 41 points behind New Zealand with 46 and two-time defending champion Australia with 50. “If you look at what we’ve achieved in just one year, it’s amazing to have reached this level in this fleet.” Now entering the second half of the season with the Dubai Sail Grand Prix this weekend, the team is on track to secure a place in the Grand Final. “That has been the goal since the beginning of the season, which was really ambitious when the level of the fleet is so high,” Douillard says. 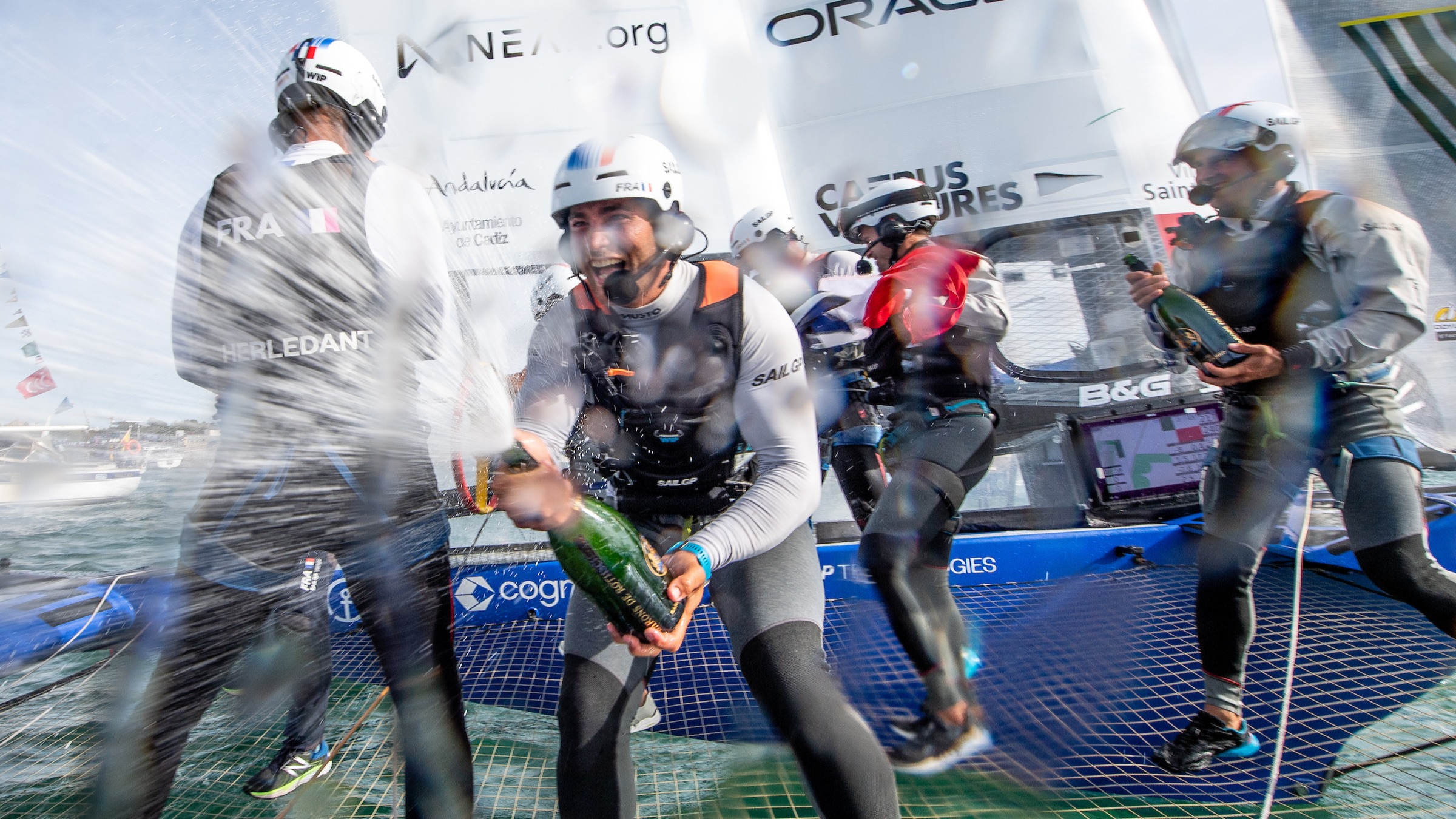 Despite performance improvements and the team’s strengthened confidence, the overall Championship leaderboard is congested, with just 10 points separating Denmark in sixth and New Zealand in second. The focus therefore is ‘not on the general rankings’, Douillard says. Instead, the team is ‘taking it one event at a time’. “We’ve seen some big teams having some shockers so far this season and that just highlights the importance of just focusing on the next race.” 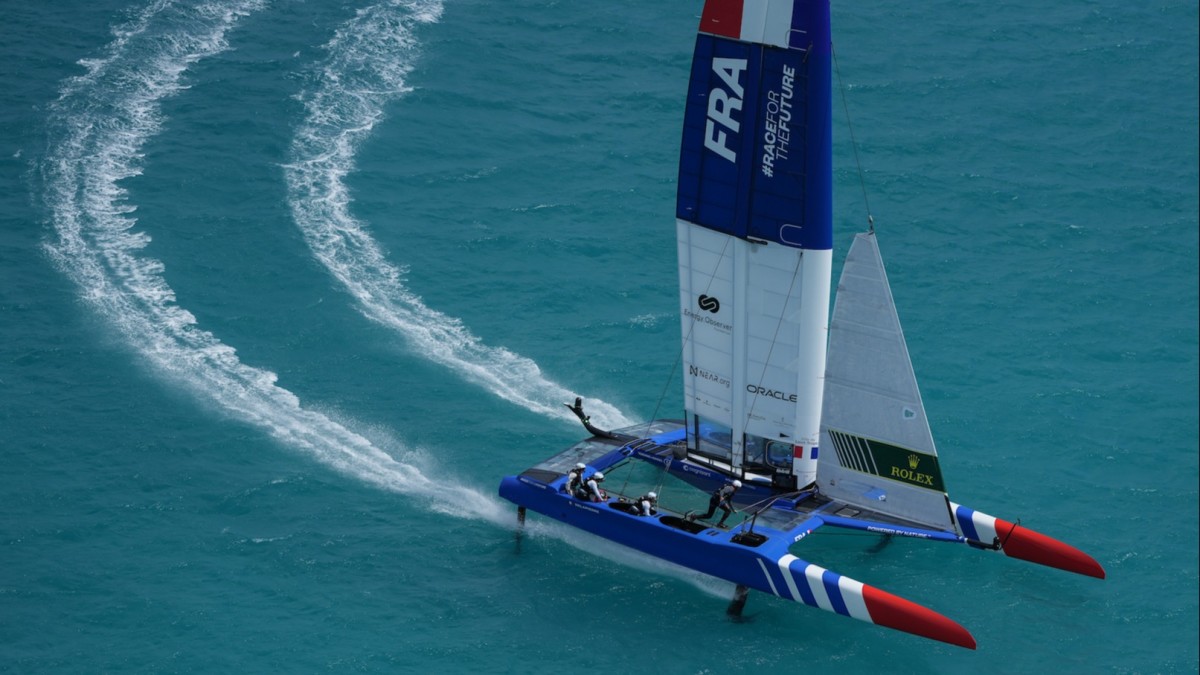 The next event - SailGP’s first in the Middle East - is now just days away and Douillard is busy preparing for the next shift. “The nights are short because I like to work hard and spend a lot of time finding small tricks to help my team move forward the next day,” he says. The euphoria of Cádiz’s victory may have settled, but Douillard is ‘confident’ the team’s progress and performance will continue. “We have a great team that is in very good spirits and we all have the feeling of fighting for the same goal.” 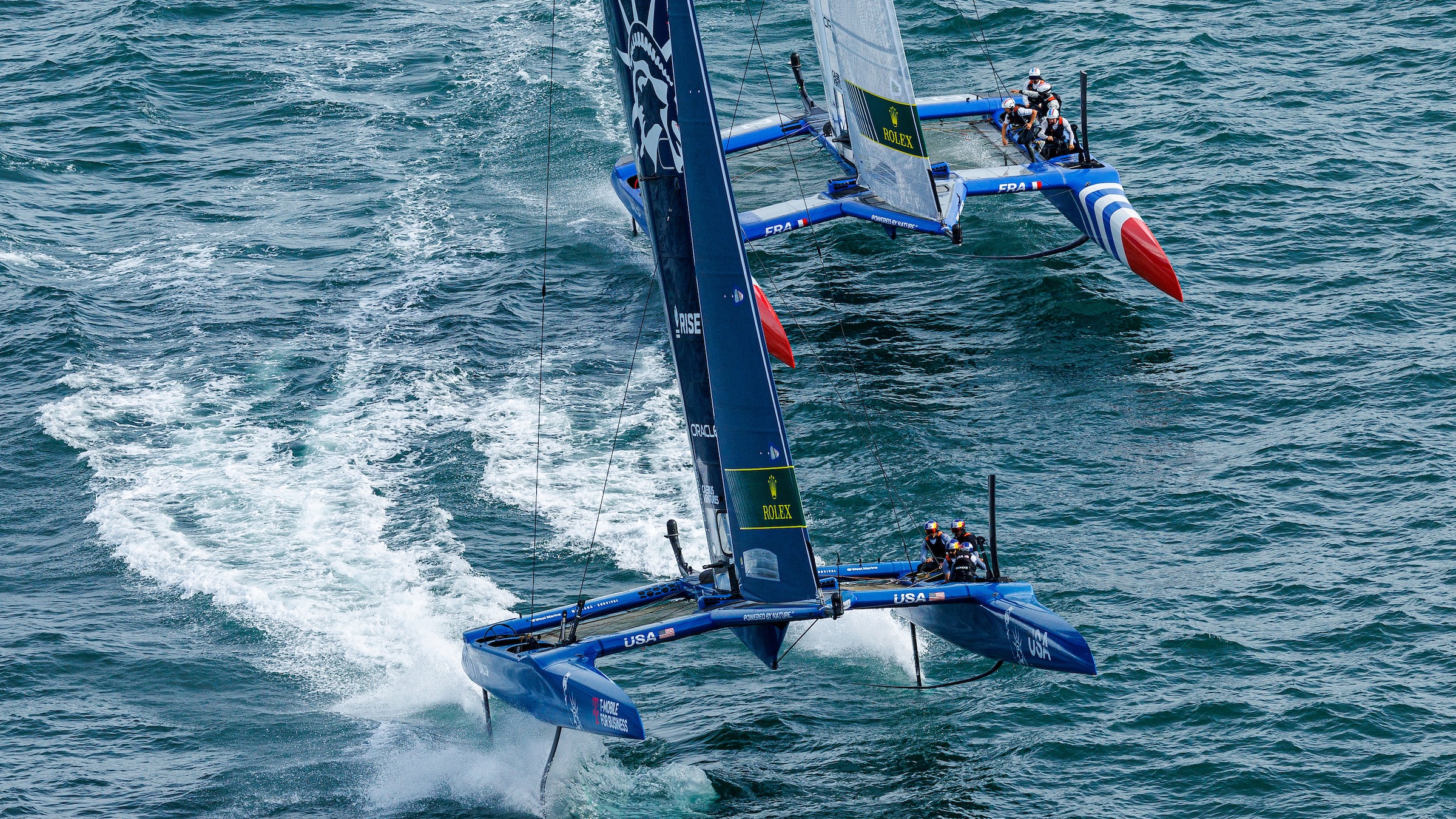 Racing takes place in Dubai between 15:00-16:30 GST on Saturday and Sunday.
Tickets are still available for the Dubai France Sail Grand Prix presented by P&O Marinas HERE. Full broadcast information and How to Watch details HERE.