The thousands of home British fans lining the Plymouth Hoe and on boats out on the Plymouth Sound were treated to a spectacle today as a gradient wind contributed to thrilling SailGP racing. 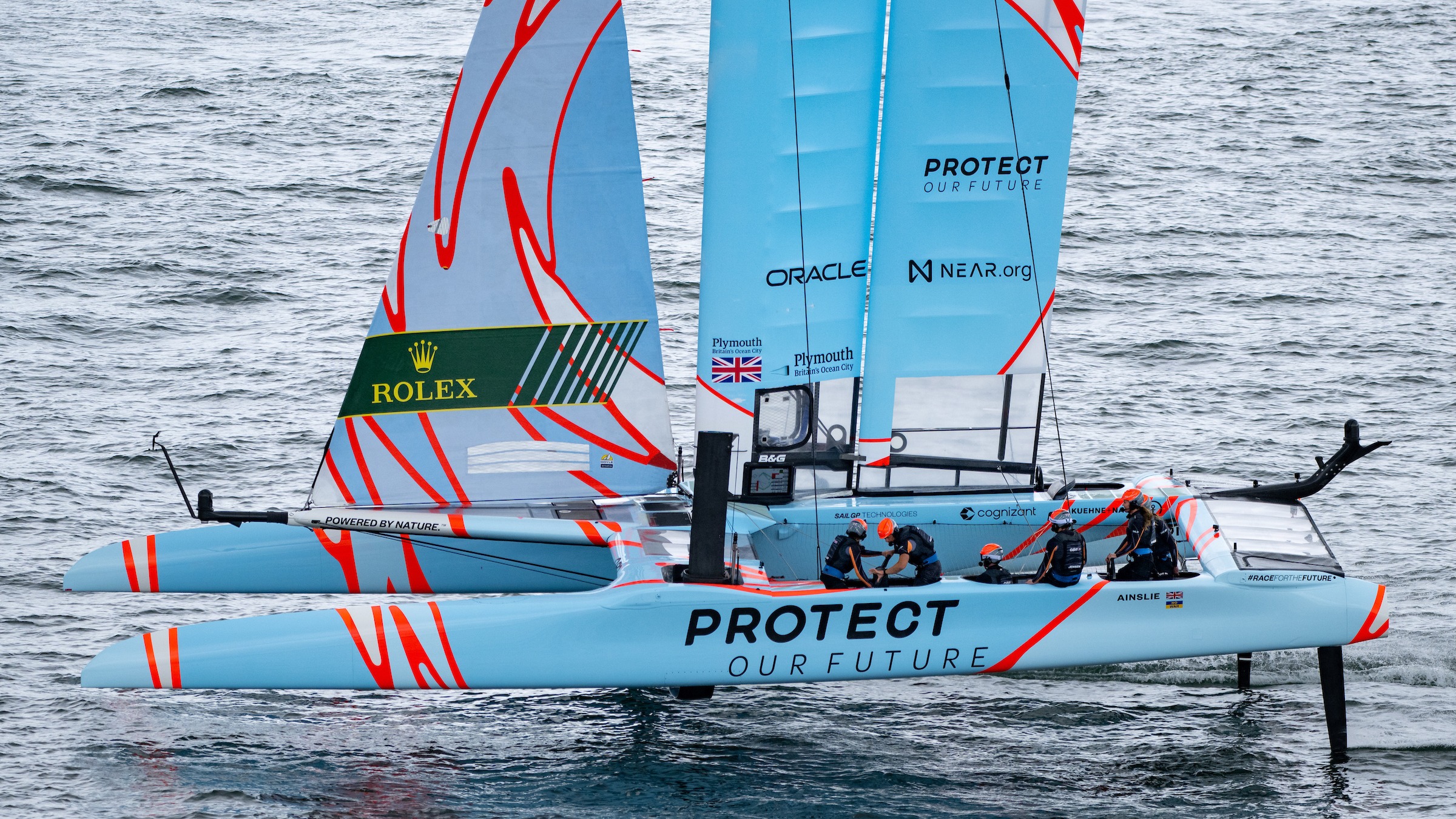 Needing a strong result in the second and final fleet race of the day Ainslie and his crew struggled off the start as the wind dramatically dropped. The team recovered quickly and once against showed their tenacity to work their way up the fleet as the home fans cheered them on. On the final leg the British just had to keep Tom Slingsby’s Australia SailGP Team behind them to qualify for the final podium race. On the last cross, however, with the British slightly ahead but the Australians, who had right of way, the SailGP umpire called a starboard incident penalty on the British team. That crucial, controversial, penalty meant the British finished the Grand Prix in fourth and did not qualify for the final podium race.

“We sailed well today and we got through the fleet but I’m obviously really frustrated and that last cross was very tight. We just came out of a gybe and as we came together, we obviously turned our boat down as we were building speed. In the umpires mind they then have a ‘ghost boat’ which is three boat lengths ahead of the actual boat, and I’m sure it was closer then, but when you saw the boats come together for the actual cross there was quite a bit of distance between us.

“I obviously don’t agree with the decision but it’s not the first time I’ve disagreed with Craig Mitchell and it won’t be the last. It’s high stakes and there’s a lot on the line and the umpires are naturally defensive of their position but it needs to be clear that we infringed and in my view it was at worst 50/50. We’d have loved to put on a better show and get in that final race for our home fans so ultimately we’re a bit disappointed but that said we’re happy with how we were sailing and it’s been great sailing back on home waters in front of our brilliant fans.” 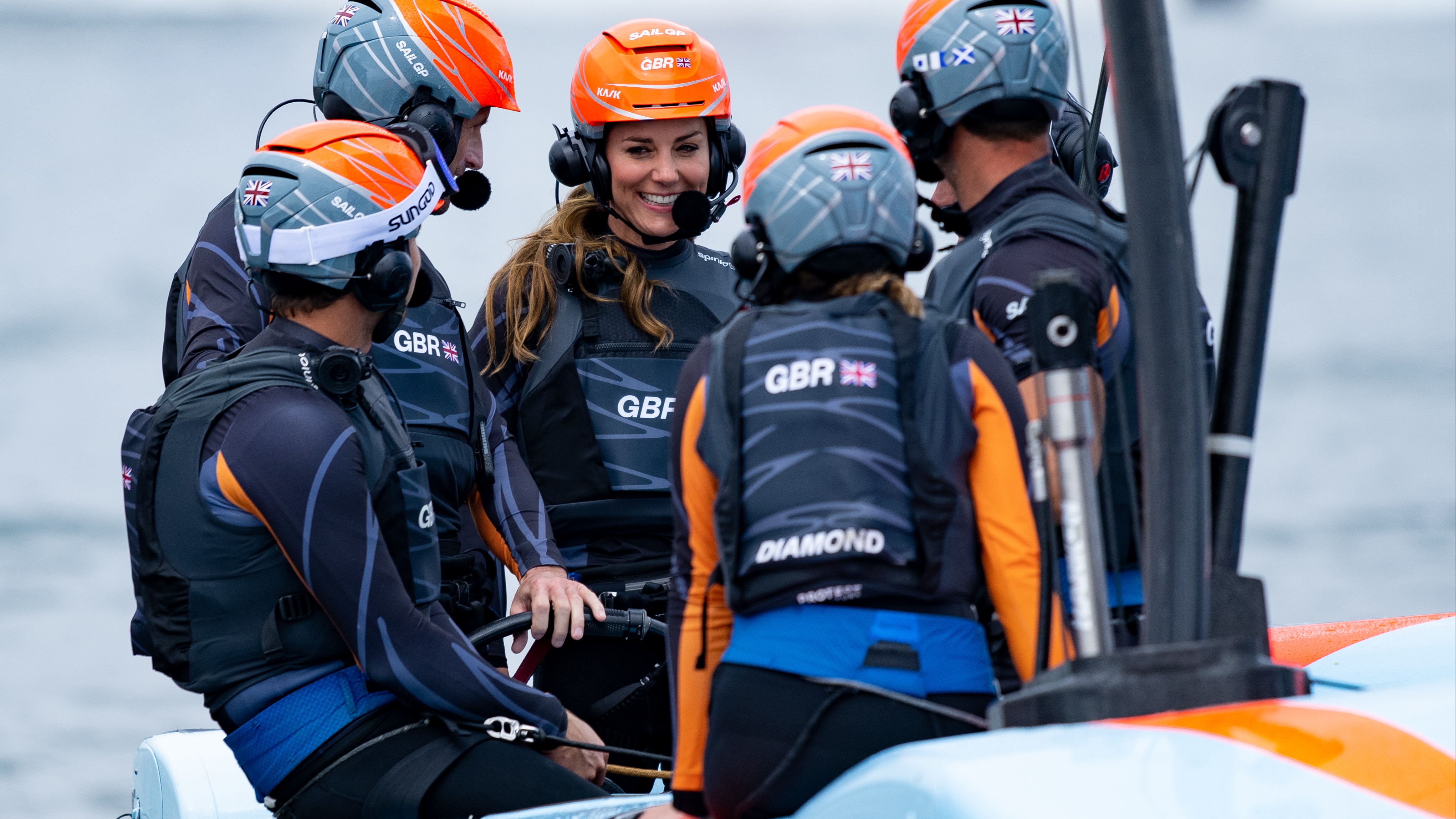 Before official racing began, the Great Britain SailGP Team were joined onboard by Her Royal Highness the Duchess of Cambridge and won a friendly Commonwealth race against UN Patron of the Oceans, Lewis Pugh, who raced with Pete Burling’s and Blair Tuke’s New Zealand SailGP Team. The Duchess of Cambridge joined the team onboard having spent the morning joining a group of young people taking part in sustainable education activities with the team’s Race For the Future Partner, Protect Our Future. During the session the young people learnt about seagrass, one of natura’s most important tools in countering damaging changes to our climate. Speaking about the royal visit, Ainslie added:

“It was amazing to have the Duchess sail with us today. She’s such a special person and I think she was blown away by just how fast the boats are, and the G-forces when we turn. She had a great time and of course it’s really special for all of us in the League and the 1851 Trust that she took her time to be with us here in Plymouth.”

The Great Britain SailGP Team, who remain in second place in the overall SailGP Championship table, will return to action in the Rockwool Denmark Sail Grand Prix in Copenhagen on 19-20 August.