Ben Ainslie and his Great Britain SailGP Team return to the water today as the British team began training ahead of the Spain Sail Grand Prix | Andalucía - Cádiz presented by NEAR (September 24/25).

The team are looking to continue their strong comeback in St Tropez which not only took them back to 3rd place, but back into that highly coveted podium spot following a disappointing early exit in Copenhagen due to a training collision. 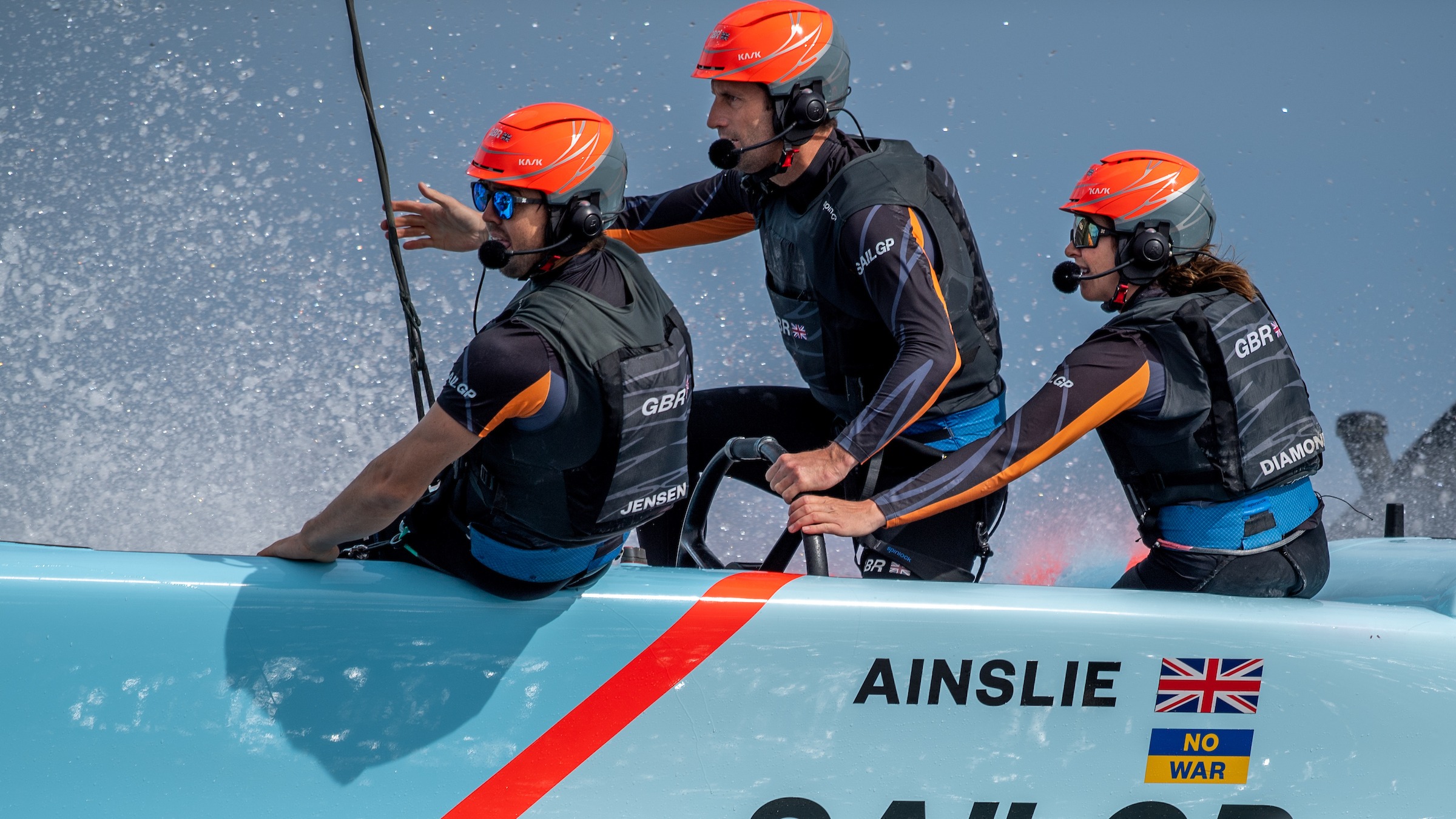 With their sights always firmly set on remaining in the top three for the end of season winner takes all ‘million-dollar race’, the team are celebrating other milestones this Grand Prix with Cadiz marking one year since female athletes have been racing on all F50s.

This landmark moment for SailGP and the Women’s Pathway has already reaped rewards for the Great British team throughout the season, with female athletes Hannah Diamond , Nikki Boniface and SailGP Season 2 Inspire Champion Hattie Rogers all being involved with the Great Britain SailGP Team this season, all whilst being mentored by Rolex World Sailor of the Year, Hannah Mills.

SailGP’s ambition with the Women’s Pathway is to create an inclusive sporting championship that has gender equity at its heart – where the best athletes have equal opportunity to compete on the F50. To achieve this goal, SailGP will fast-track training and development of female athletes and facilitate participation in the global championship through providing world-class training and development opportunities for athletes. 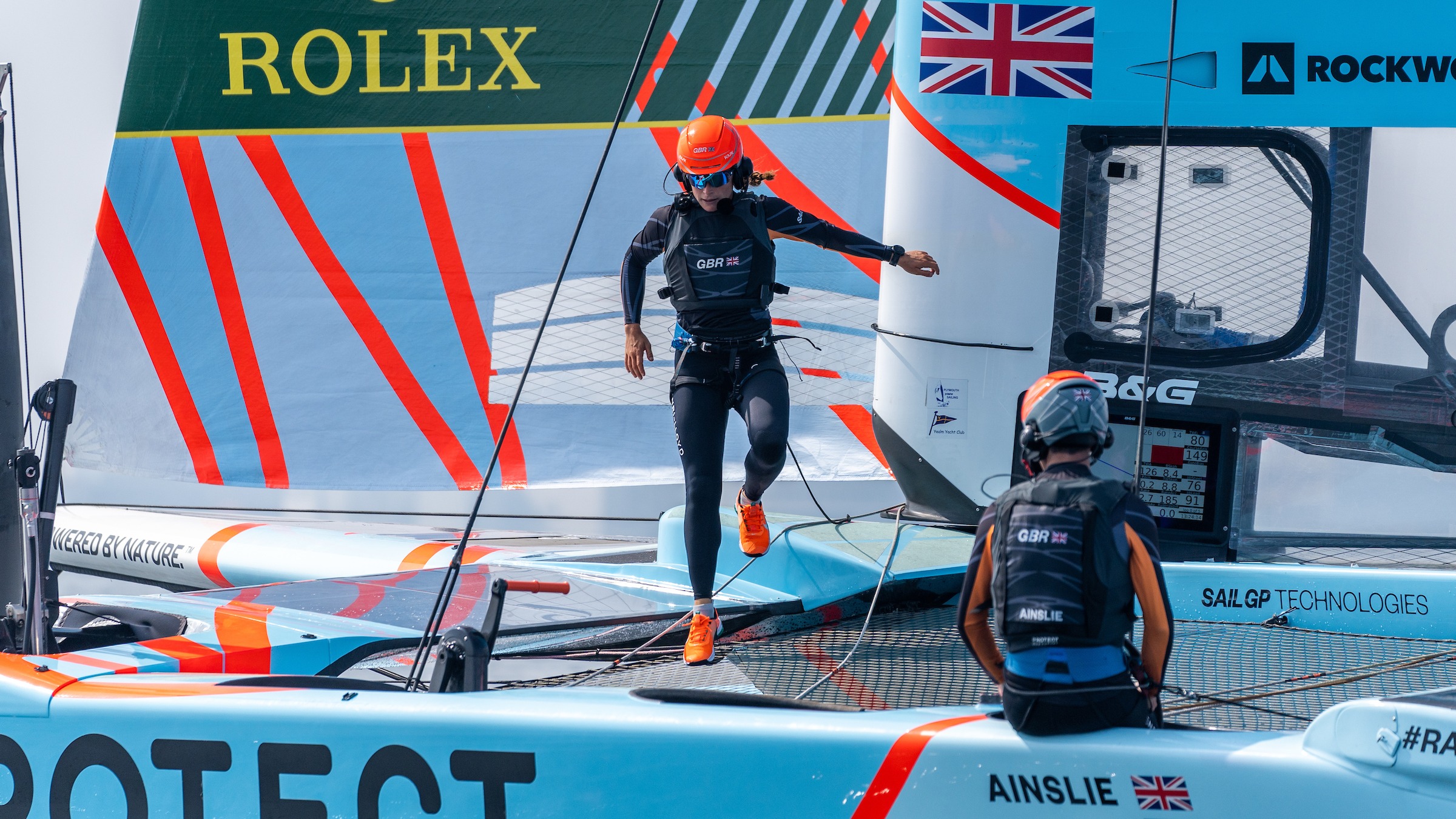 The SailGP GBR team are fully committed to this goal having recently launched Athena Pathway Programme, which aims to fast-track female and youth athletes’ development in professional sailing, on and off the water, including into the America’s Cup and SailGP.

Ahead of the Spain Grand Prix, Great Britain SailGP Team Co-owner and driver Ben Ainslie revealed: "Cadiz proved difficult for us last year as we capsized whilst in the lead just seconds into the winner-takes-all race, so we’re eager to show the fans a different ending this weekend! Our overall focus will always be getting into that end of season Podium final race and winning that, it's the most important race this season and nothing has changed."

Cadiz proved difficult for us last year as we capsized whilst in the lead just seconds into the winner-takes-all race, so we’re eager to show the fans a different ending this weekend! Our overall focus will always be getting into that end of season Podium final race and winning that, it’s ultimately the only race that counts and nothing has changed”.

On the water the British F50 catamaran will once again be powered by nature and the brute strength of Olympic gold winning rower Matt Gotrel (GBR) and the Isle of Arran’s Neil Hunter (GBR) on the grinding handles. The wing trim, flight controller and trimmer grinder roles are again retained by Iain Jensen (AUS), Luke Parkinson (GBR / AUS) & Nick Hutton (GBR). The team welcome back Nikki Boniface (GBR) as strategist re-joining via the Athena Pathway Programme.

Back onshore, the team is delighted to have Sophie Heritage join as a fulltime member of the shore team, again supported by the Athena Pathway, retaining the role after excelling through Inspire internship with GBR at the opening three events of Season 3.

Sophie commented with much excitement: "Everyone has been very supportive in my learning and has helped me gain the knowledge needed to support and become a fulltime member of the shore team. I love being a part of the team, this is literally my dream job and I’m pinching myself to secure the role.”

Heritage also becomes the ETF26 boat captain for Athena Pathway, adding: “It’s so inspiring to be involved in the Athena Pathway Programme, it’s such a game changing project and being able to support its growth from ground zero is really exciting.”

The Impact League results, where the SailGP teams are audited and rewarded with points for positive environmental and sustainable actions in a league running parallel to the main sailing championship, were announced ahead of racing in France. The British team are in third overall with their ambition to win the Impact League given extra impetus by achieving ISO20121 certification, a globally recognised international standard that provides a framework for delivery of sustainable operations.

One of the areas the Impact League has challenged teams is to reduce their energy consumption, which the GBR team initially tackled by finding more energy efficient appliances such as fridges and installing sensor lights. However, GBR wanted to take this a step forward and find an innovative solution to locally produce their own clean energy source. To tackle this goal, the team repurposed their old F50 race boat PV cell batteries to power the office container all whilst charging them using solar energy.

GBR Boat Captain Matt Haslam, proudly outlined the project “This has brought to light to the whole team how accessible clean energy is becoming, we repurposed old lithium-ion batteries that weren’t suitable for the F50 anymore and installed a system with a solar inverter charger.

"The solar charges the batteries during the day then inverts that power overnight so the team can power the comms gear, any laptops and most importantly run the much-needed coffee machine and fridge for the morning. It’s a really simple idea and there is huge scope for us to grow it within the team and hopefully have it adopted and rolled out across all SailGP teams”

British fans can watch the racing live on Sky Sports from 3PM BST on Saturday, September 24 and on Sunday, September 25 or for free on SailGP's YouTube channel.