The Great Britain SailGP Team finished in 1st place on day one with Dubai offering difficult light winds and one of the tightest race courses the team have sailed in the championship so far.

After a 6th place finish in race, one following a penalty with the Swiss team just moments away from the finish line, the team bounced back in style to secure 1st place in races two and three! 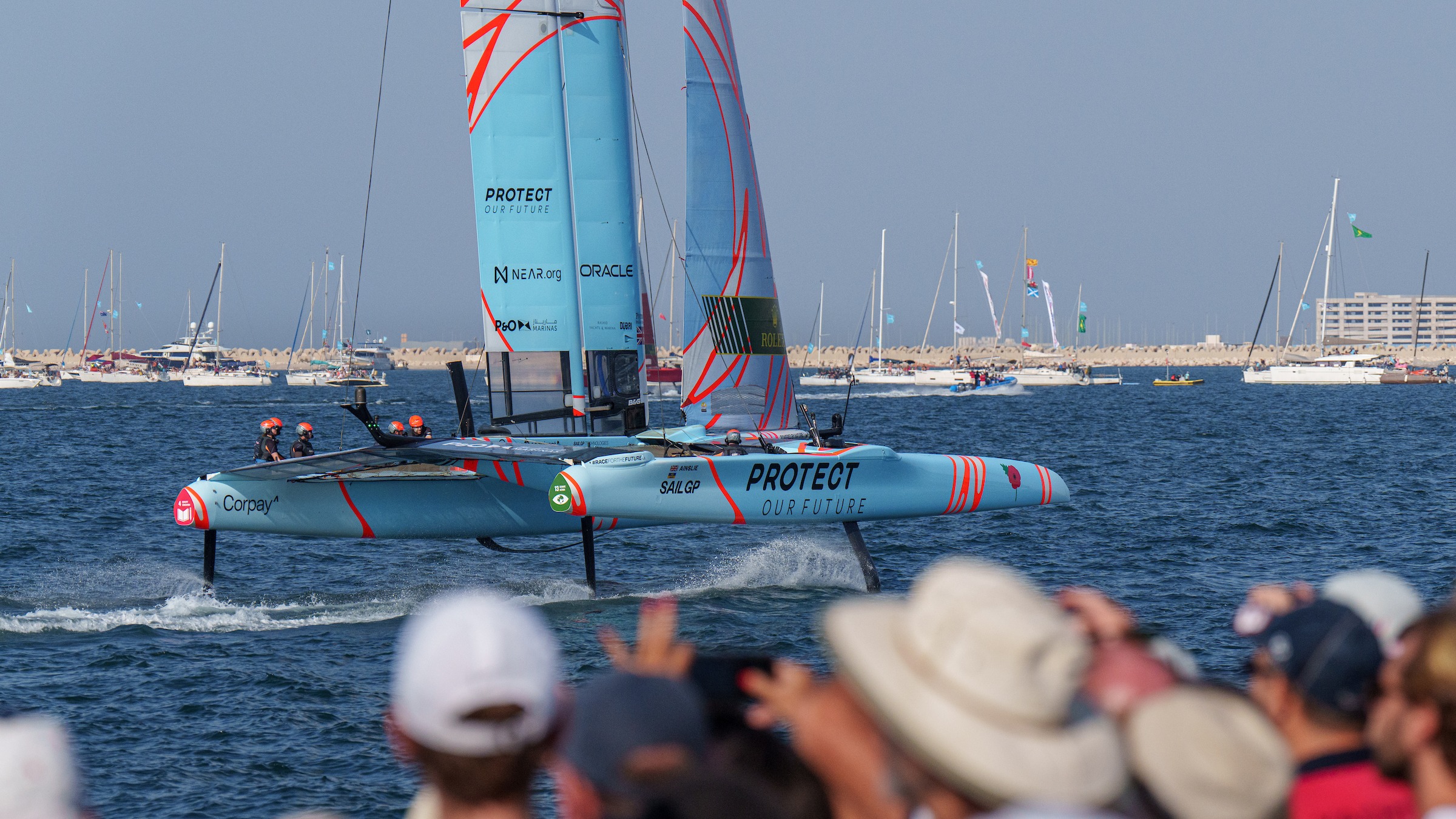 Race two saw Ben Ainslie make a last-minute turn to catch the wind and sail the F50 comfortably past the Kiwis who went on to secure 2nd place. Lighter wind speeds saw the F50’s drop down to a four-sailor configuration for race three and Hannah Diamond move from the strategist role to a grinder position powering it home to take the top spot once again.

Reacting to the day’s racing, Great Britain SailGP Team CEO Ben Ainslie said: “First race didn’t go our way with us getting caught up with the Swiss team right at the finish line and the umpire call went against us, but we regrouped and had a couple of bullets in the next two races which in these light and tight conditions, is something we’re really pleased with. Light winds has tended to be something we’ve struggled most with as a team and Rob Wilson, our coach, has put in a lot of analysis to try and guide us in the right direction, so was nice to see us maintaining speed especially in those tricker downward legs.

It was also great to see the fans out in full force today, Great Britain have a strong expat community in Dubai which was felt across the shoreline today – hoping for more breeze tomorrow so we can put on a good show for them.” 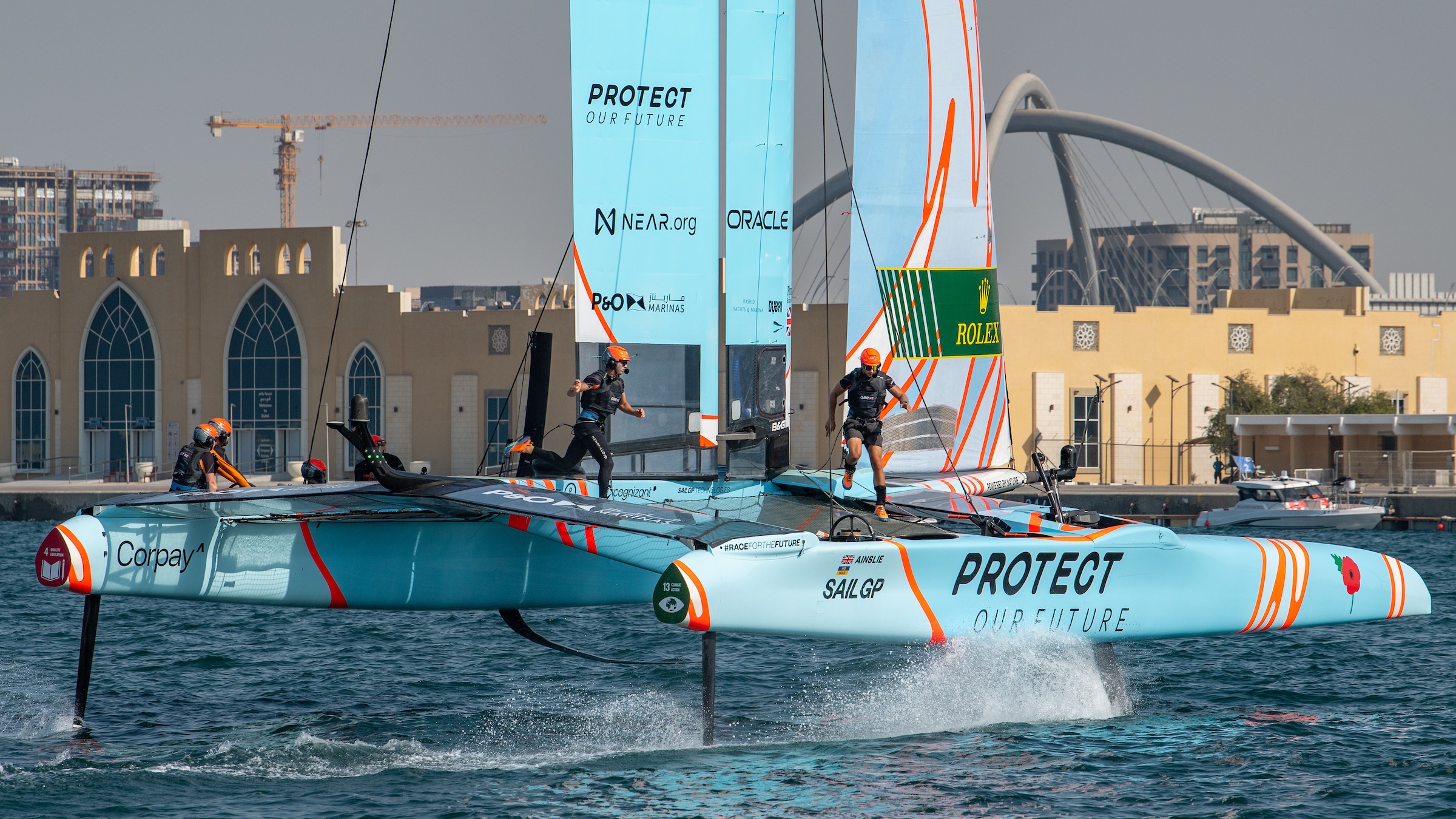 Hannah Diamond added: “That was my first race four up in the grinder position and I love that role and being able to race in different positions when the wind conditions allow for it, so feeling really good after that day of sailing. It’s great to see women getting more exposure in those back three roles as we’re still lacking experience here compared to the people we’re sailing with, but progression is coming and we’ll get there.”

British fans can catch The Great Britain SailGP Team back in action at 11am live here on Sky Sports or for free on SailGP's YouTube channel where they hope to have another great day of racing.