High winds, speed records and drama on day one in Saint Tropez

‘Cavitating like a rocket ship re-entering the earth’s atmosphere’ was how Ben Ainslie described driving an F50 on day one in St. Tropez. The SailGP teams raced in some of the biggest breeze ever seen on a SailGP racetrack, as speed records fell at the Range Rover France Sail Grand Prix (September 10/11).

Conditions were full on with wind gusts of 55km/h+ (29kts) recorded as three full on races were held in front of a sell-out crowd on the French shoreline. GBR started well in race one with a solid second place, but their unlucky run hit again in the next race. Technical issues with the starboard daggerboard case led to an early retirement with the GBR shore team having to complete a quick on water fix to get the team back on the start line for the final race of the day. GBR were able to secure a hard fought fourth, a result that leaves them in fifth place overall. 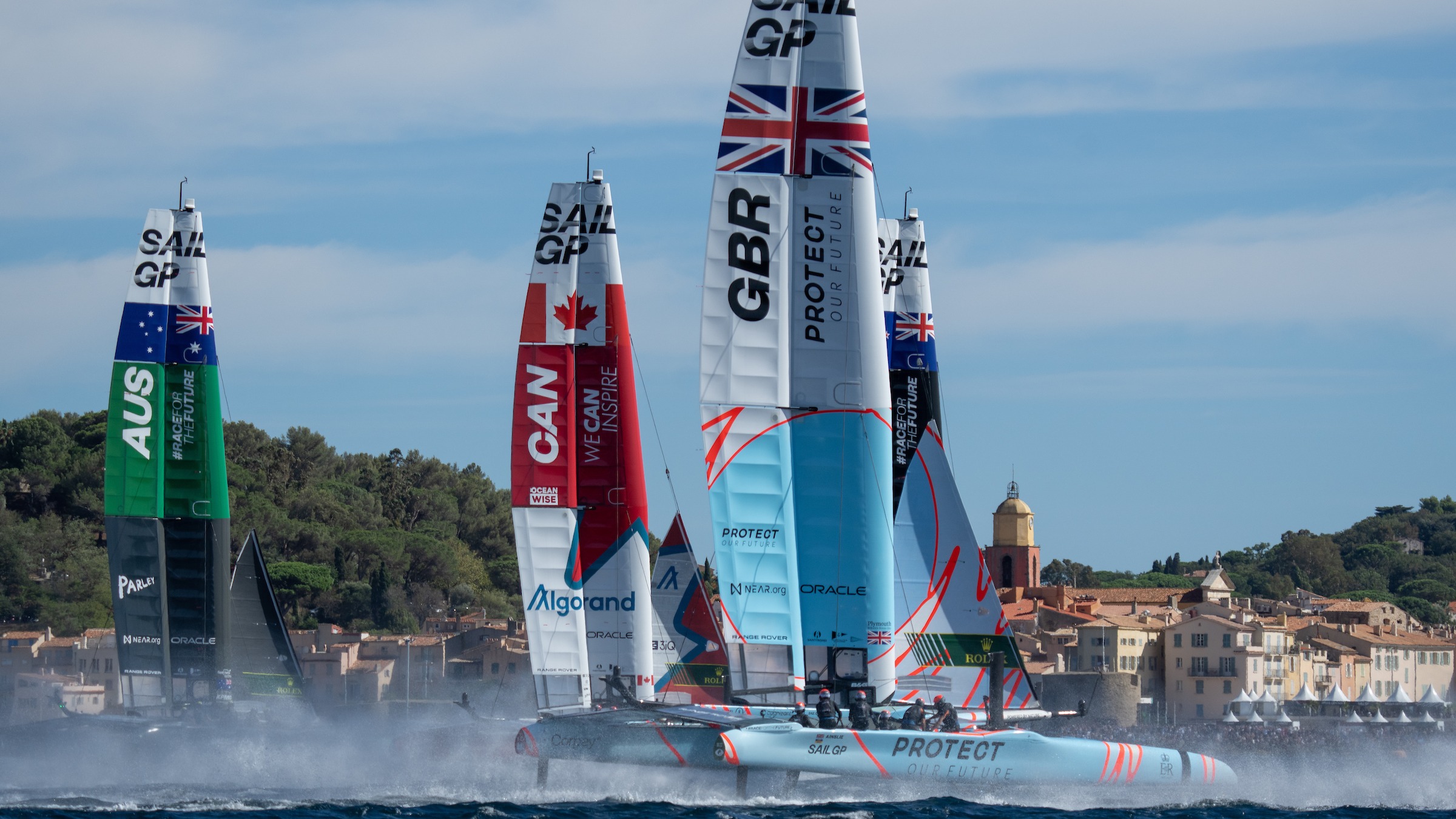 Reflecting on the opening day’s action Great Britain SailGP Driver and Co-owner, Ben Ainslie said: “That was some of the best racing I’ve ever taken part in, at times the boat was shaking through cavitation to the point that I’d imagine it was what it feels like being in a rocket re-entering the earth’s atmosphere, all the teams were pushing the limit it was very cool.

Talking about the race retirement and subsequent gear failure. “The damage in race two is likely related to the issue we had in Denmark; it was the same daggerboard. Credit to the shore team for the on-water fix to get us back racing and we now have a late night ahead to make sure it’s ok for tomorrow.

“You could say we were unlucky today but in high-performance sport you have to make your own luck and that is what we have to do tomorrow. We are sailing well, and we need to do that again to secure our place into that final three sail off” 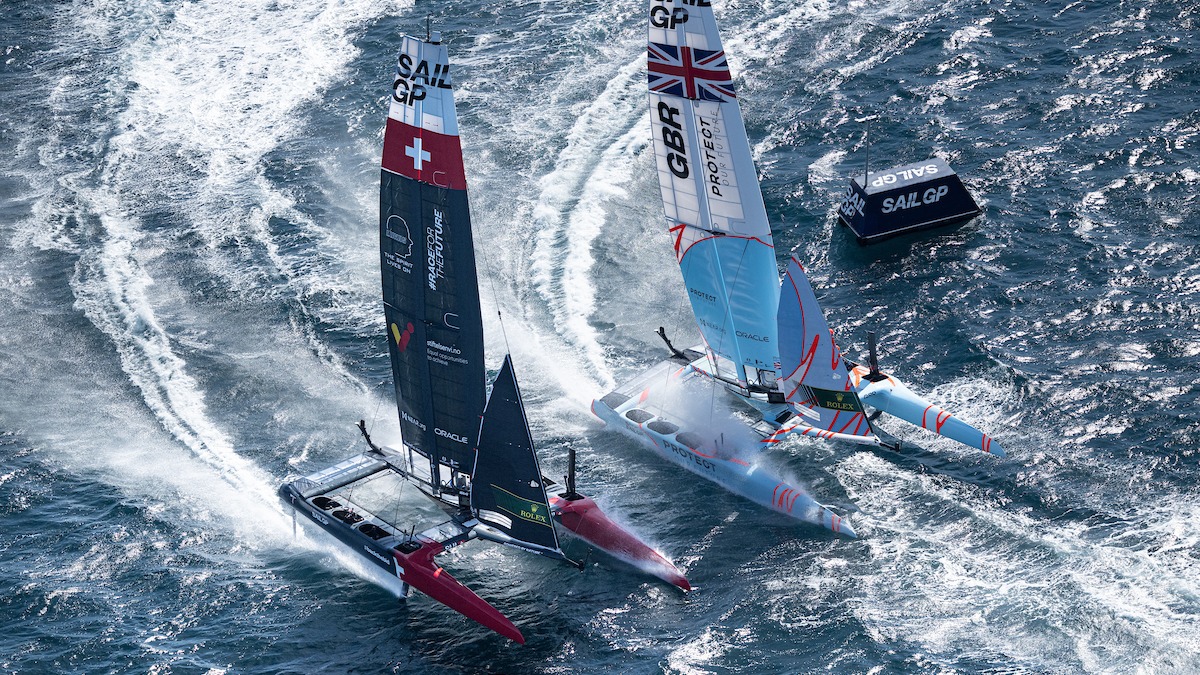 R1
GBR made the perfect start hitting the line on the gun, leading the fleet at mark one. Unforced errors dropped the team back to third at the final turning mark, but GBR continued to push hard, finishing second after a luff from the NZL team caused AUS to nosedive on the final reach. That final run to the line saw the British team beat the SailGP speed record with 99.02 km/h, a record that wouldn’t last long.

R2
Heading into the second race, the team were unable to lift the starboard foil in the pre-start and crossed the line in last place (9th), the fightback was on and GBR threaded the needle to climb up to fourth place. However, this was cut short after a failure in the starboard daggerboard casing, which meant the team could not move the foil up and down. This led to a race retirement as the team raced to make repairs ahead of the final race of the day.

R3
The team asked for a delay to the start of race 3 to allow their shore a team to make an on-water fix, with 3 minutes to go the repair was made, and GBR were ready to race. A safe start saw the team mid fleet. Problems continued throughout the race, but the team were able to finish fourth. The final race saw the French Team beat GBR’ s short-lived SailGP Speed record as they reached 99.94Km/H (53.96 kts) in front of their home crowd.

The British team sit fifth on the overalls, two points behind third placed Australia. British fans can watch the final day of racing at the Range Rover France Sail Grand Prix in Saint-Tropez live on Sky Sports from 2 PM BST on Sunday, September 12, or free to view on SailGP's YouTube channel.