Introducing... Isabella Bertold, the Canadian athlete applying the skills of road bike racing to the F50

In 2019, after 15 years representing the Canadian National Team, winning two World Cup medals and reaching a career high world ranking of second in the Women’s Single-handed Olympic dinghy, Isabella Bertold decided it was time for a change.

Bertold, who is now co-pilot/ strategist on the Canada SailGP Team alongside Georgia Lewin LaFrance, needed ‘a break from the sport’ and left racing Laser Radials behind. But after growing up on a childhood of summers ‘filled with as many day camps as possible’, Bertold couldn’t stay away from competition for long. The sport of foiling caught her eye and Bertold jumped onto a WASZP to try it for herself. 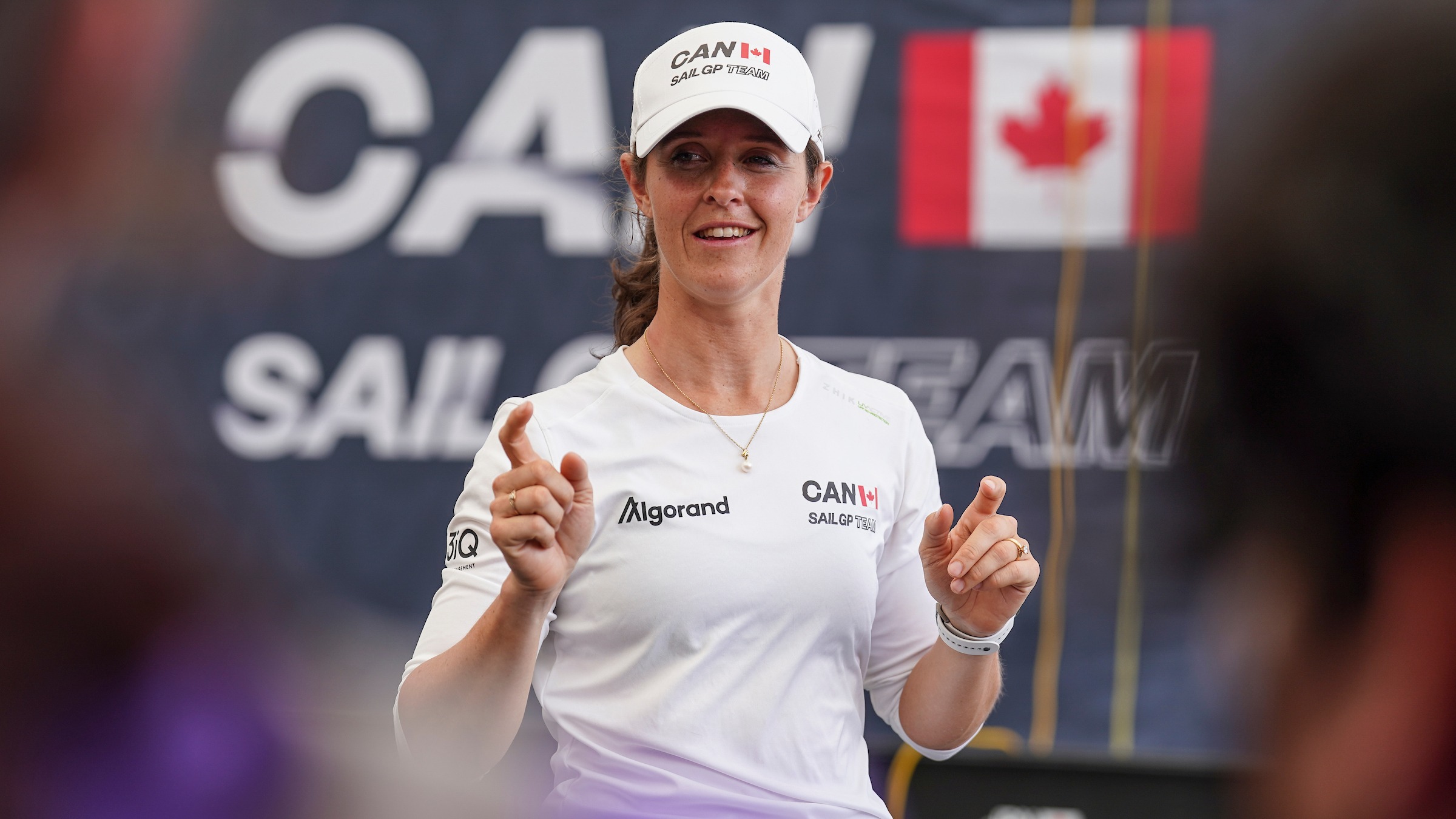 “I got immediately hooked and went from there”, she says. As she made her way around training camps tackling the ‘steep learning curve’ of foiling, she began to hear ‘chatter’ that Canada was gearing up to join the SailGP circuit as a new, commercially independent team. With her short but intense foiling experience, Bertold ‘jumped into the application process’ to join the team through the Women’s Pathway Program. “The next thing I knew, I was headed to Portugal to try out for the team,” she says. After an interview with Driver Phil Robertson, Bertold was confirmed on the crew roster for Season 3 as co-pilot/ strategist. 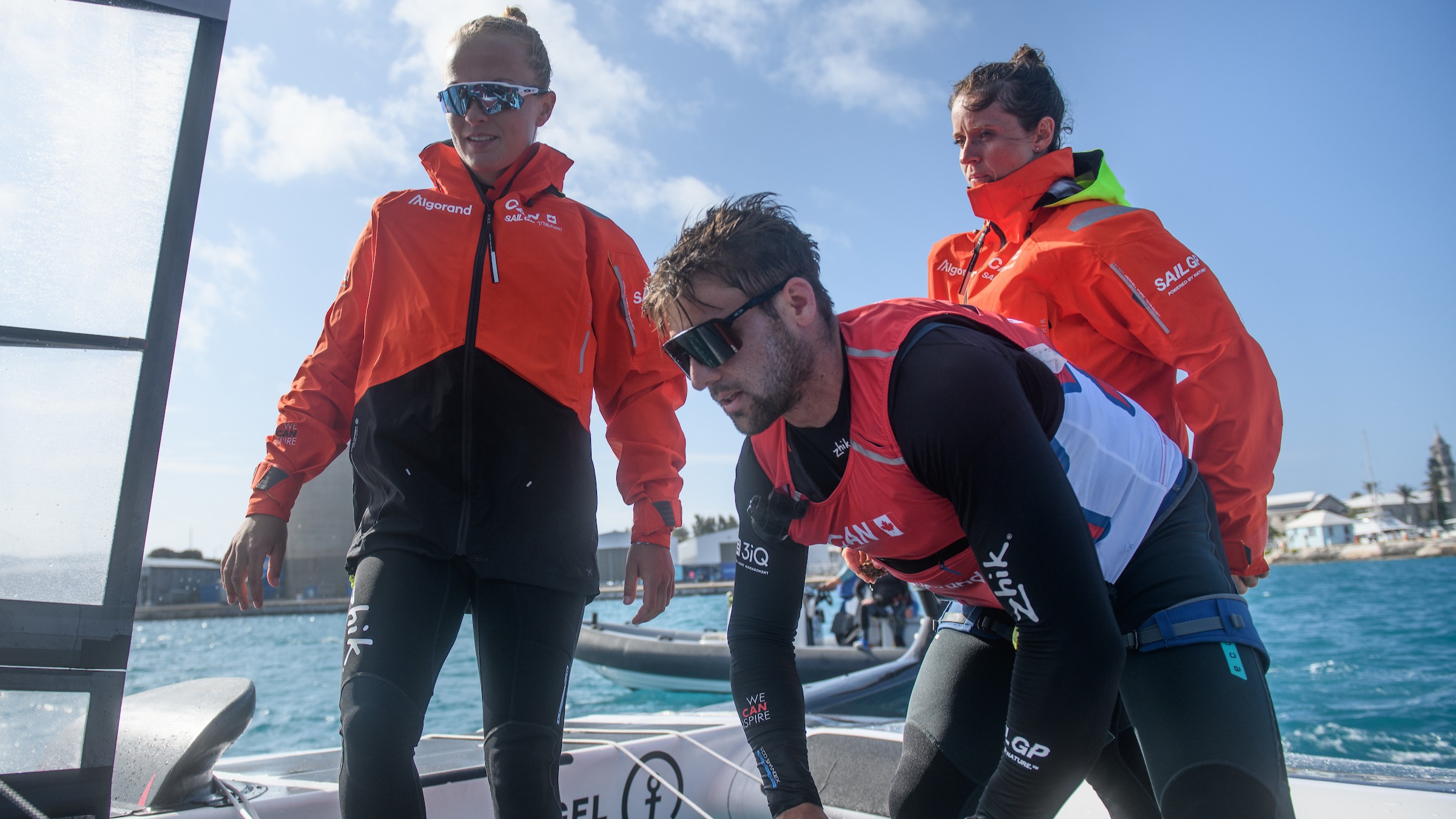 The combination of Bertold’s new-found foiling passion and an opportunity to ‘get back into the racing at the top level of the sport’ meant she was ‘just in the right place at the right time’, she says. But alongside her journey to the SailGP circuit, Bertold turned another of her hobbies into a professional pursuit. Having raced road bikes for a few years, Bertold transitioned ‘right into the sport at a professional level’.

Ahead of Season 3 starting in Bermuda, she completed the two biggest races in women’s professional cycling and flew straight from there to Arkansas to complete another four-day stage race. It was a similar story after Chicago, from which Bertold travelled straight to Edmonton to compete in the Canadian Road Cycling Championships. “It feels as if I move between two sporting families now - sailing and cycling,” Bertold says. 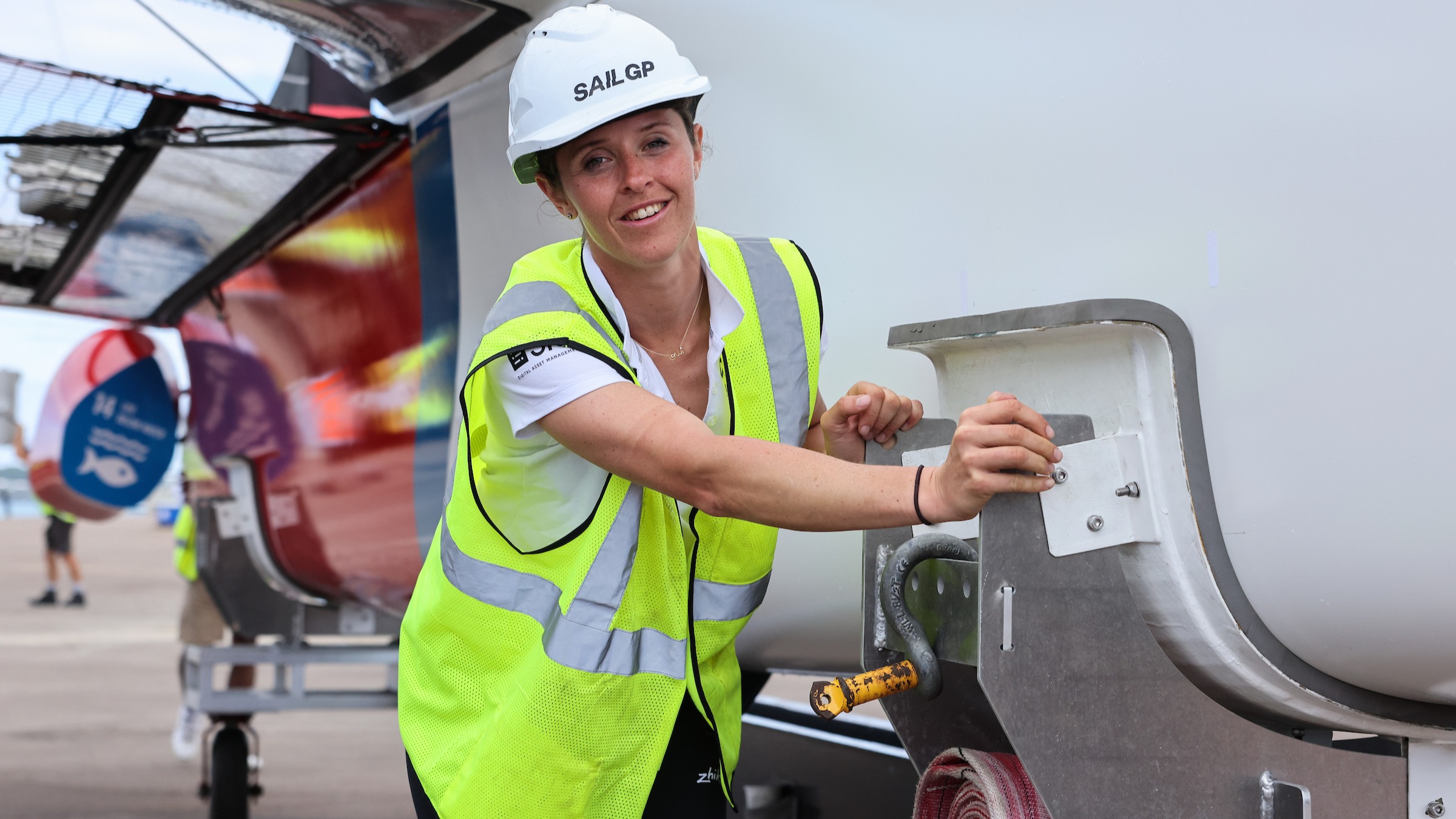 The transition was surprisingly ‘natural’, she says, due to numerous crossover skills between the two sports. “Road cycling has a similar team element - you need clear communication,” Bertold says. There are also ‘clearly defined roles’, with ‘everyone helping the team get across the finish line with the best results’. The high octane nature of road bike racing, which can see competitors ‘descending down a mountain in a pack of people at 90 km/h’, also chimes with the experience of racing an F50. “I’m used to high speed decision making and it’s something I feel quite comfortable with on the F50.” Bertold also points to the tactical demands on both the F50 and road bike, which directly feed into her role as strategist. “Both sailing and road bike racing are very tactical - I already have the ability to think through situations under physical stress,” she says. 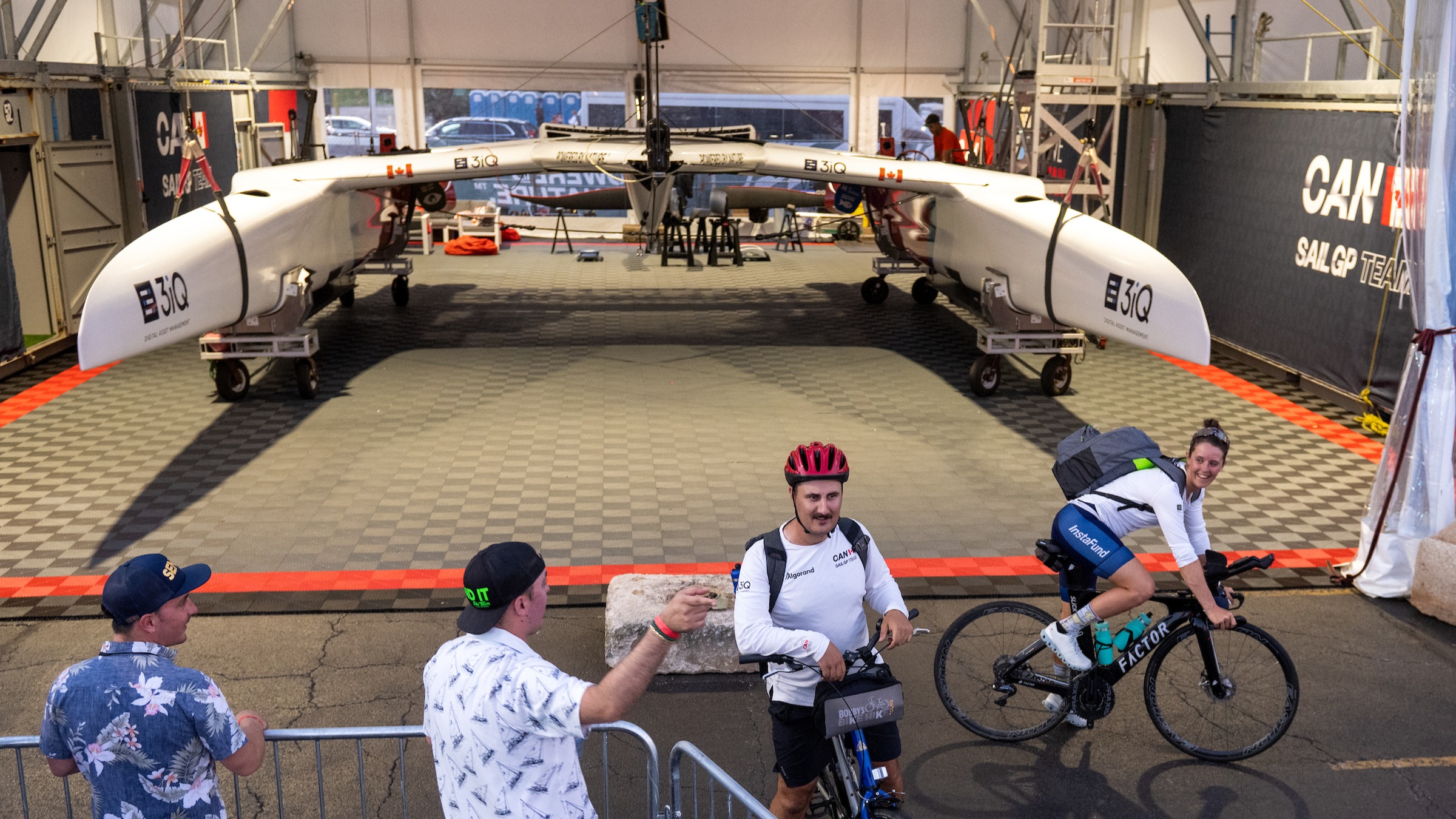 Alongside Lewin LaFrance, Bertold’s role on board is as the ‘versatile’ sixth sailor, capable of adapting to different positions on board and taking the lead on strategy. That means ‘tracking other boats and looking at the data’ to optimise the team’s performance, Bertold says. Alongside her role on the boat, Bertold is leading the team through the Impact League after being impressed with the way SailGP ‘balances high performance and sustainability in impact’. Her goal is not only to win the Impact League, but to ‘change things for the greater good over a longer period of time’. 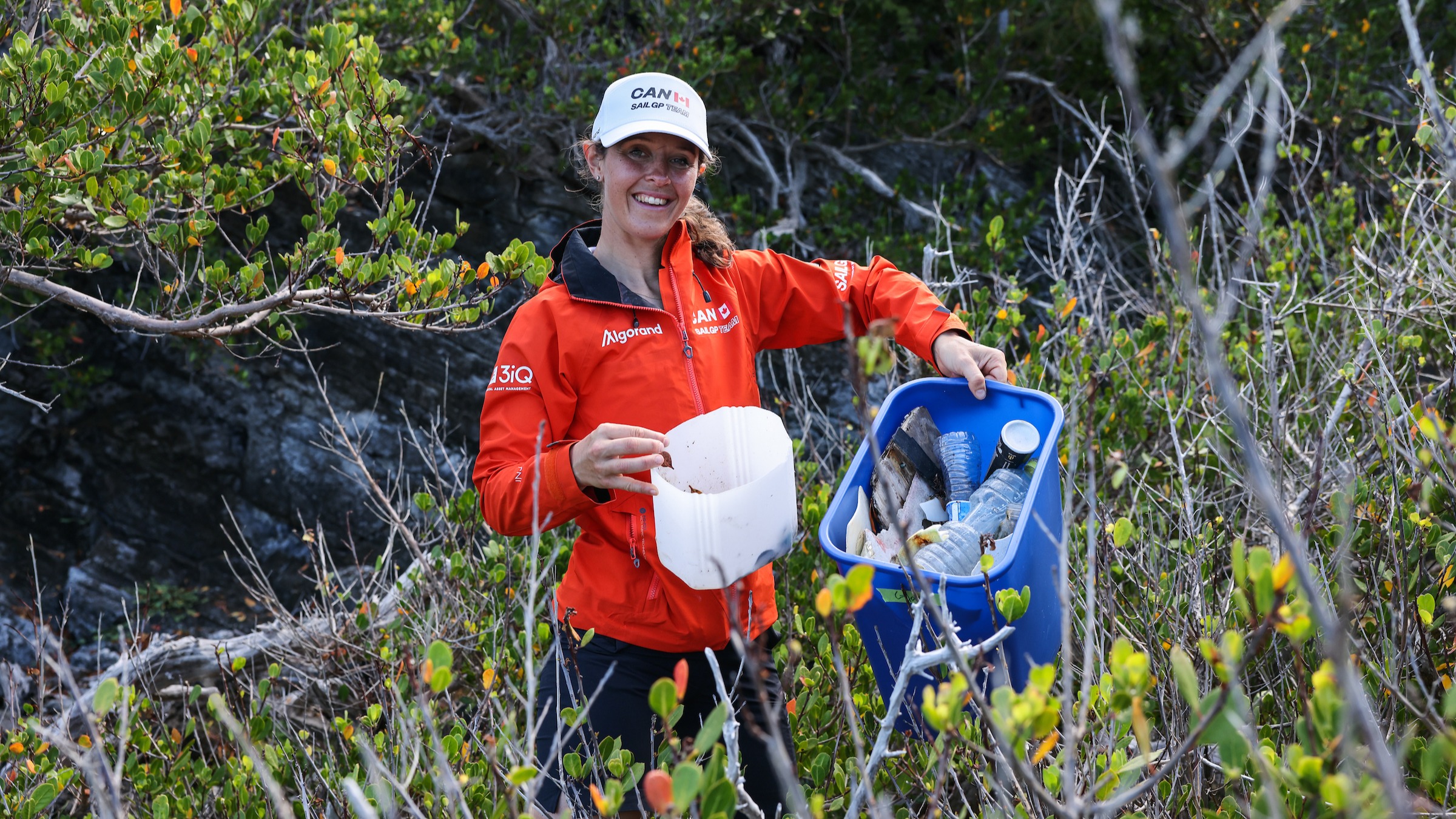 The team have blasted into Season 3 and garnered attention for their solid start in both the Impact League, which saw them clinch third place in Bermuda, and in racing - with the team currently sitting in second place behind Australia. Reflecting on her and Georgia’s roles on board, Bertold says: “We’re both supporting each other, learn as much as possible and become the best sailors that we can on these boats.”