The latest episode of SailGP’s Deep Dive podcast has been released, digesting all the action from Plymouth and looking ahead to the ROCKWOOL Denmark Sail Grand Prix in Copenhagen.

Both Morrison and Carr highlight the competitive racing mid-fleet, which resulted in six boats being in contention for the Great Britain Sail Grand Prix Final.

“Positions three to eight are getting unbelievably hectic,” Carr said, “that dog fight in the middle of the pack is basically where these regattas are going to get decided”.

The Aussies were the ‘king of the dog fight’, Carr argued, claiming their position mid-fleet showed ‘they’re certainly not the dominating Australians’ previously seen in Season 2 and early Season 3. 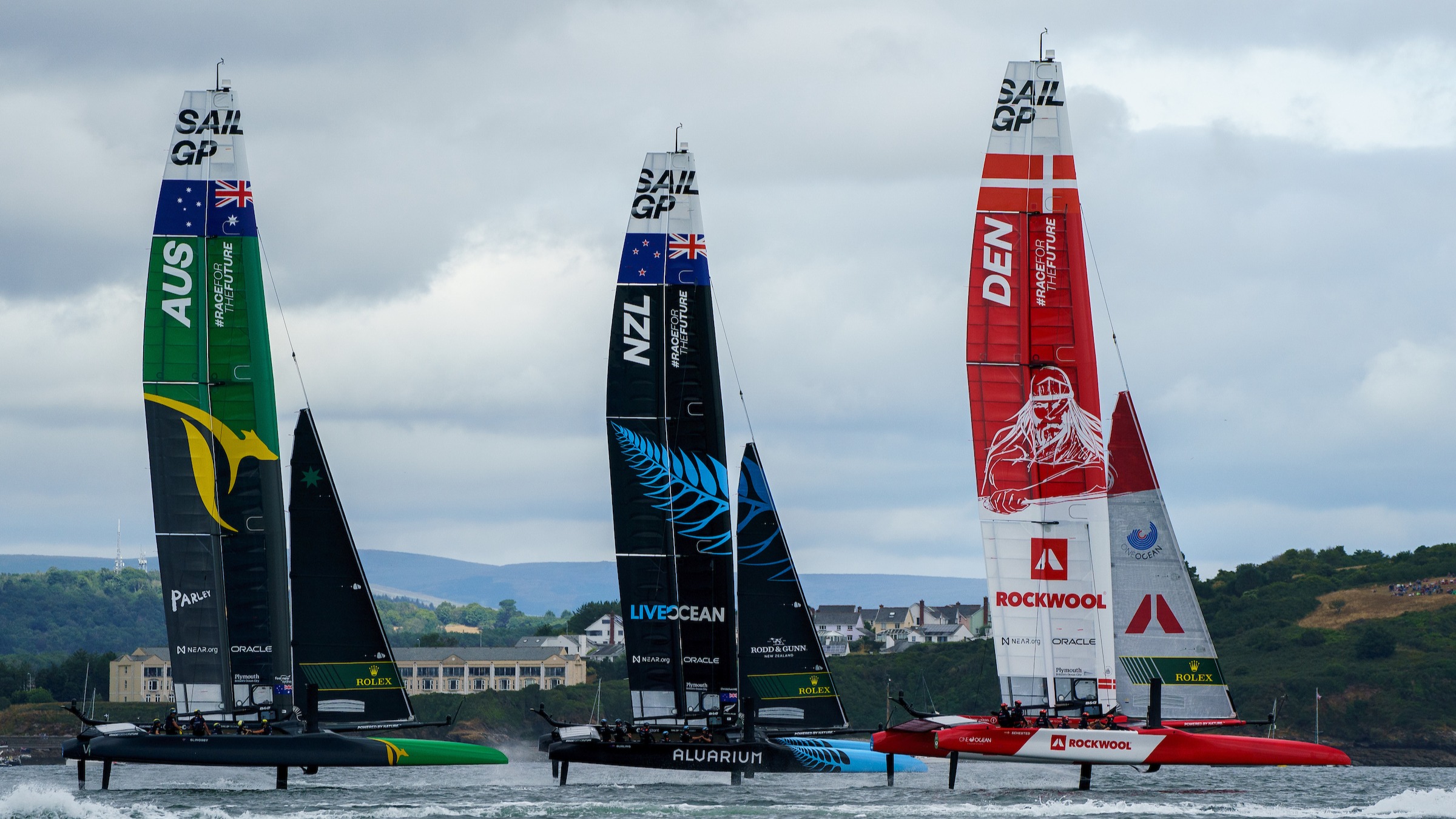 Morrison pointed specifically to the team’s starts. “I think they really need to go away and look at their starting,” he said. “They’re doing a brilliant job of scrapping and making these finals, but one time that’s going to come unstuck and they’re going to end up missing it.”

Elsewhere, the pair discussed the dramatic, last-minute penalty handed to Great Britain for crossing too closely to Australia in the final moments of the fifth fleet race.

Speaking about the decision, which driver Ben Ainslie contested, Morrison revealed he had watched the action unfold on the umpires’ tracking technology.

“There is effectively an imaginary circle around the boat that gives a one or two metre margin and the British were going to hit that,” he said. “It’s as simple as that - there was too much risk taken by the British boat”. 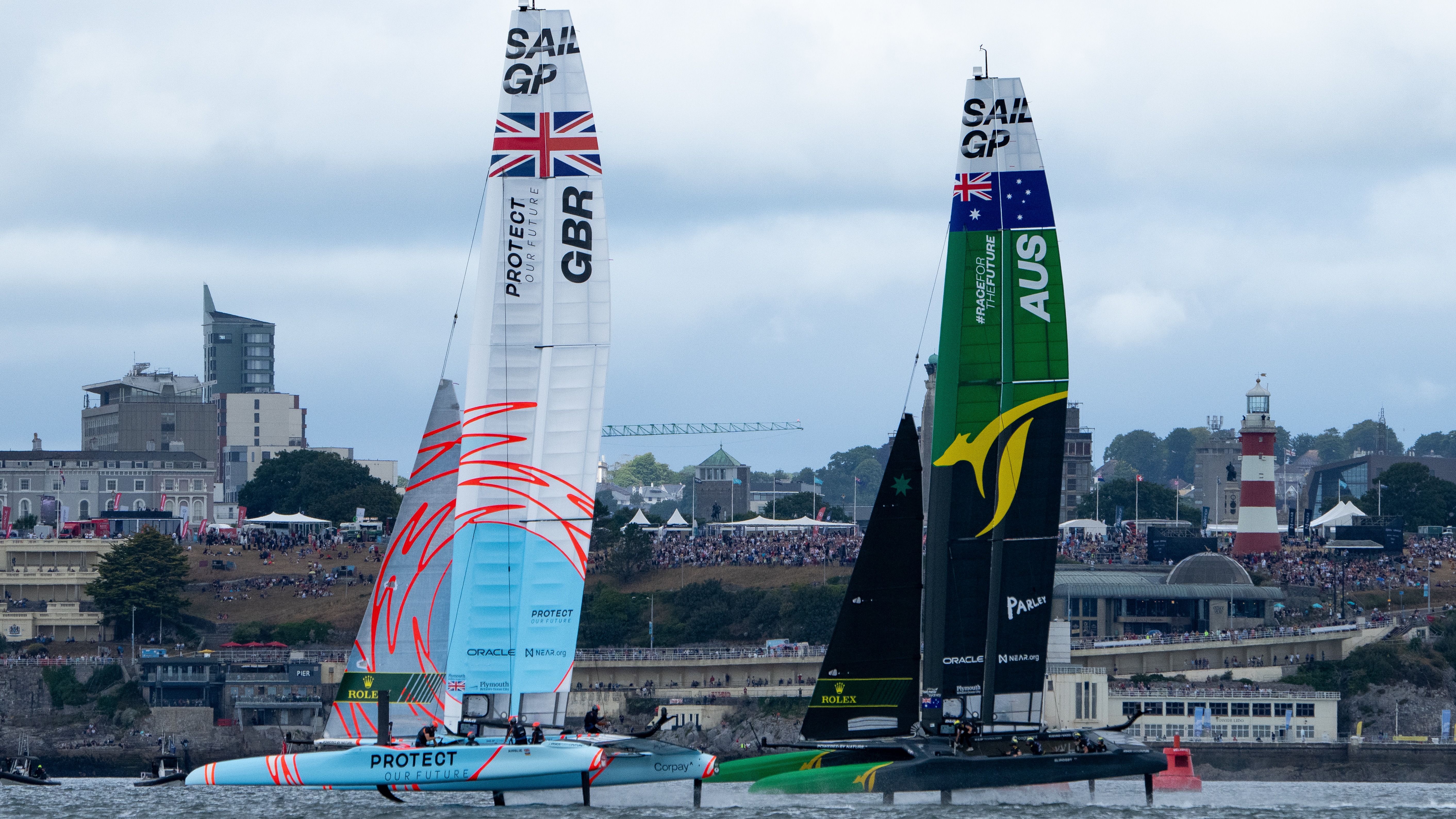 Morrison and Carr were also joined by former Japan driver Nathan Outteridge, who revealed how he will be fast-tracking the development of the Switzerland SailGP Team in an expanded role with the team.

Outteridge will step into the driver position during the ROCKWOOL Denmark Sail Grand Prix in Copenhagen next week but emphasised that his ‘goal’ is to get Swiss driver Sebastien Schneiter ‘up to speed’. At 26, Schneiter became the youngest driver when Switzerland entered the league at the beginning of this season. 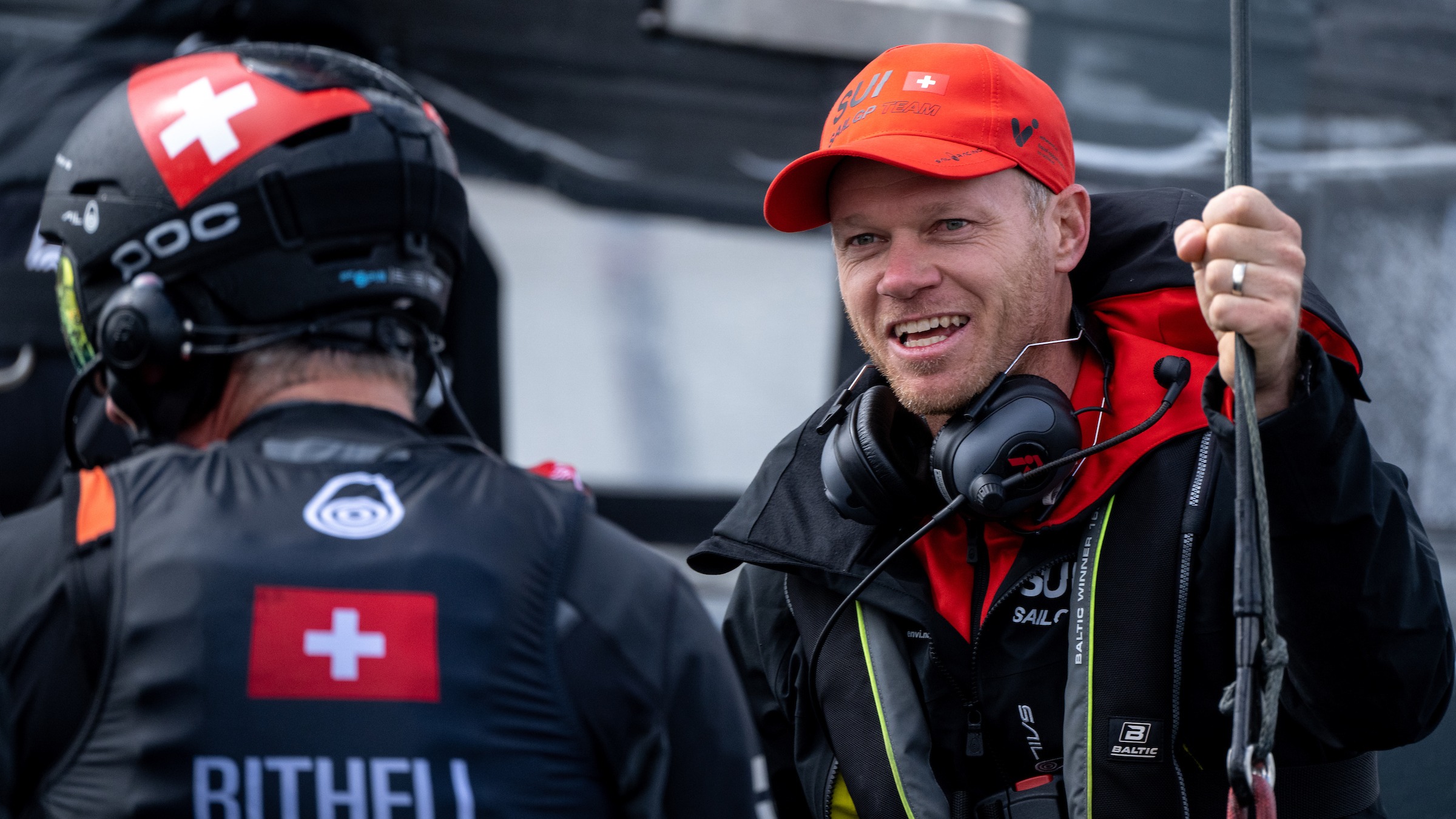 Speaking to SailGP’s Deep Dive podcast, Outteridge said: “I’m just coming in to help as much as I can and really give Seb a platform to work with moving forward - it’s not like I’m going to take over the program and make it the ‘Nathan Outteridge Swiss team', it’s still Seb’s team and it’s still his crew.”

It comes after Outteridge joined the Swiss team in Plymouth as a sailing advisor and was spotted driving the team’s F50 on practice days while Schneiter observed in the sixth sailor position. 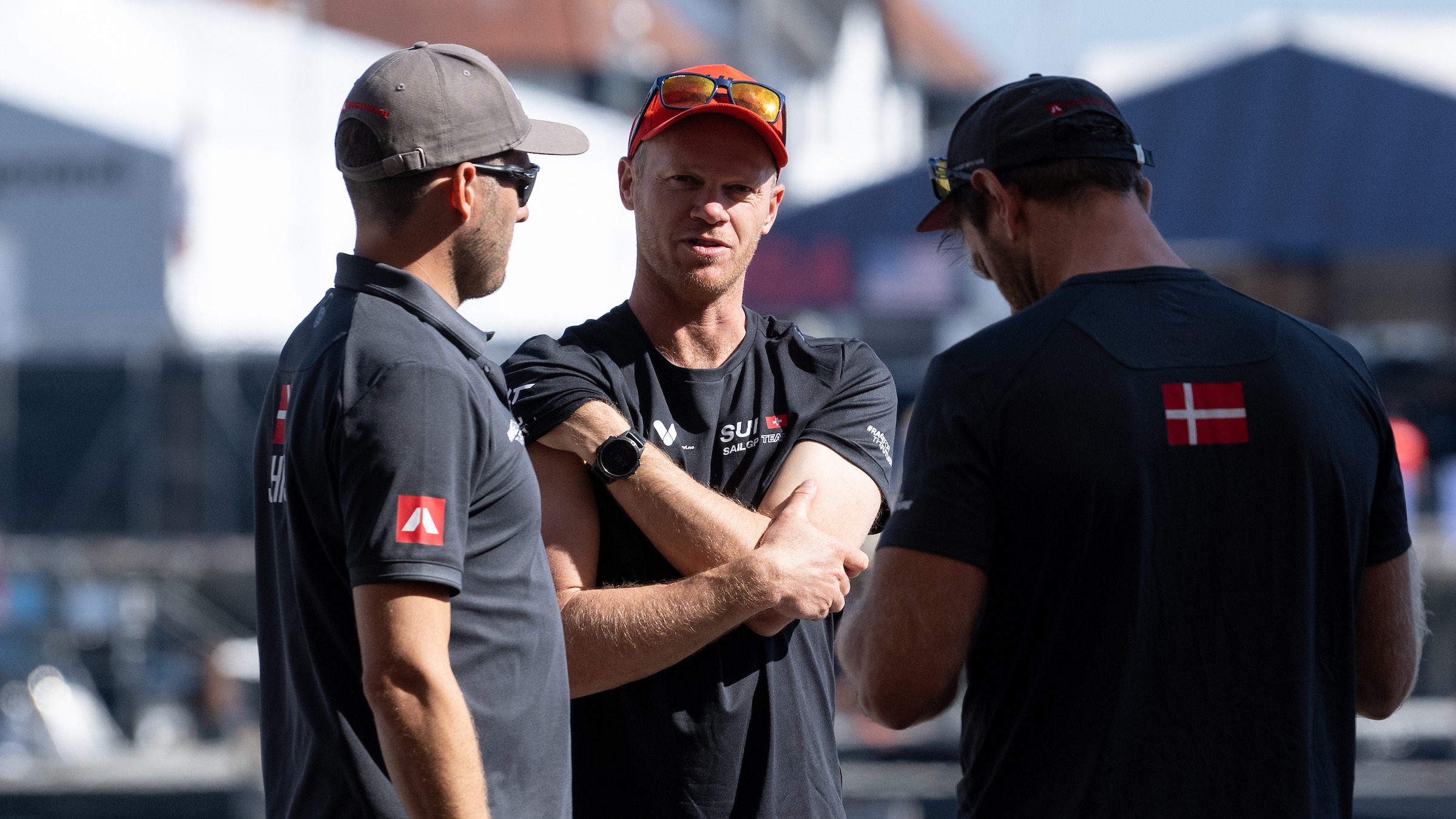 Future event practice days are likely to follow a similar format, Outteridge said. “In training days, we can share the driving - Seb can watch, then we can hand the wheel over and he can do it as well,” he said. “Part of my role will be training Seb up to be the best driver that he can be by sharing the experience I’ve had in the class.”

Boat handling, manoeuvre consistency and decisive starts are key areas of improvement. Outteridge compared his preferred starting method of ‘being out in the back and sending it through the gaps’ to Schneiter’s more ‘conservative’ style of ‘getting into the front row and pulling the trigger from there’. “Starting is one area we’ll be working on - no question,” he said. 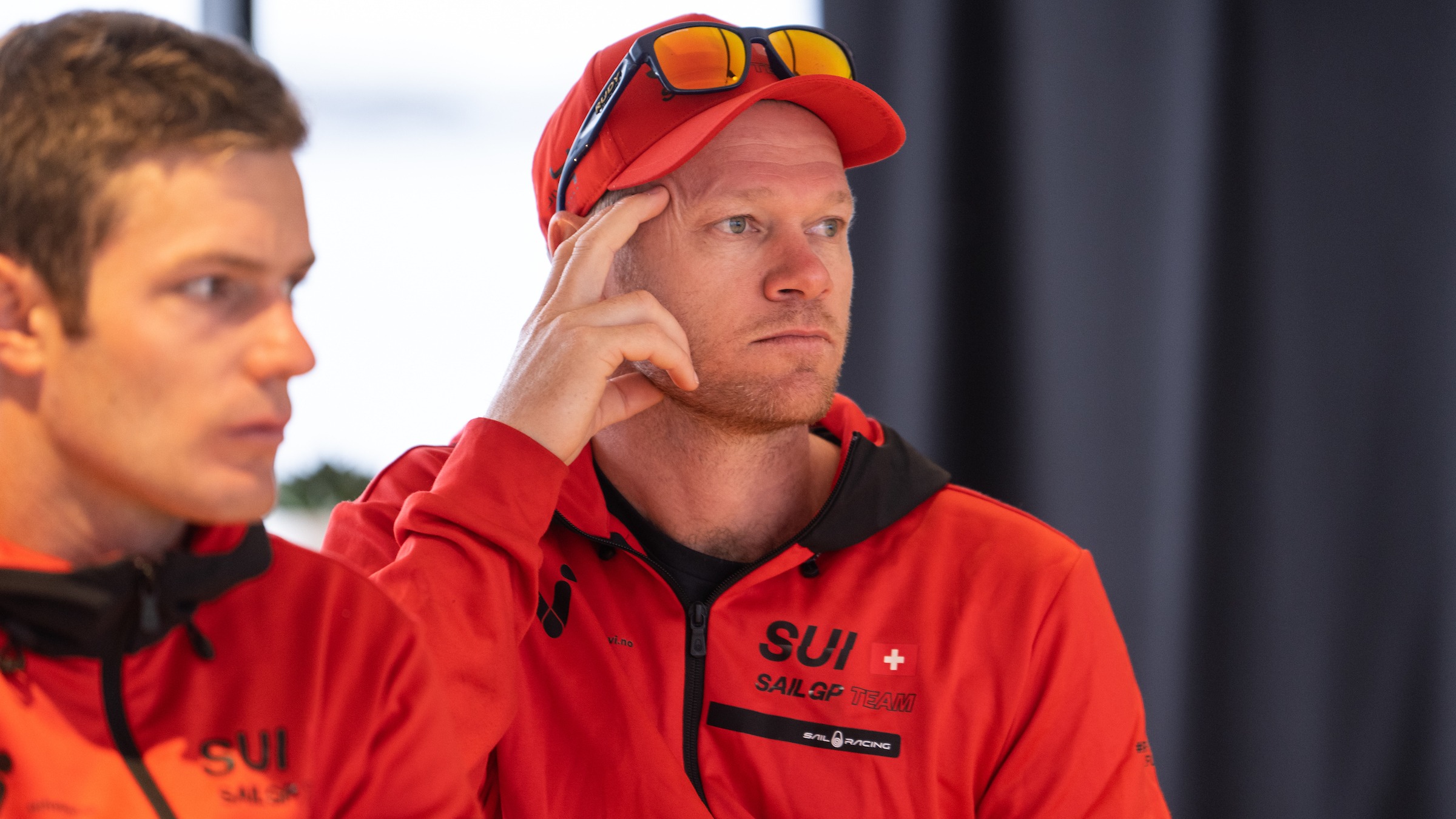 When asked why new teams might struggle in the F50 fleet, Outteridge said that the ‘boats are just so difficult to sail’. The racing format too, which involves ‘tiny’ starting blocks and ‘hitting the line at pace around the fleet’ is ‘tough’, Outteridge said.

Outteridge, who helped develop the F50 class, pointed to the long-awaited triumph of the New Zealand team in Plymouth as evidence that good results take time.

“I really saw Pete (Burling) and the Kiwis put together a good solid weekend [in Plymouth] but it’s taken them a year and a half to get there,” he said, “so we’re under no illusion that for Seb and the Swiss team, it’s going to take more than a couple of events to be fighting for podiums’. 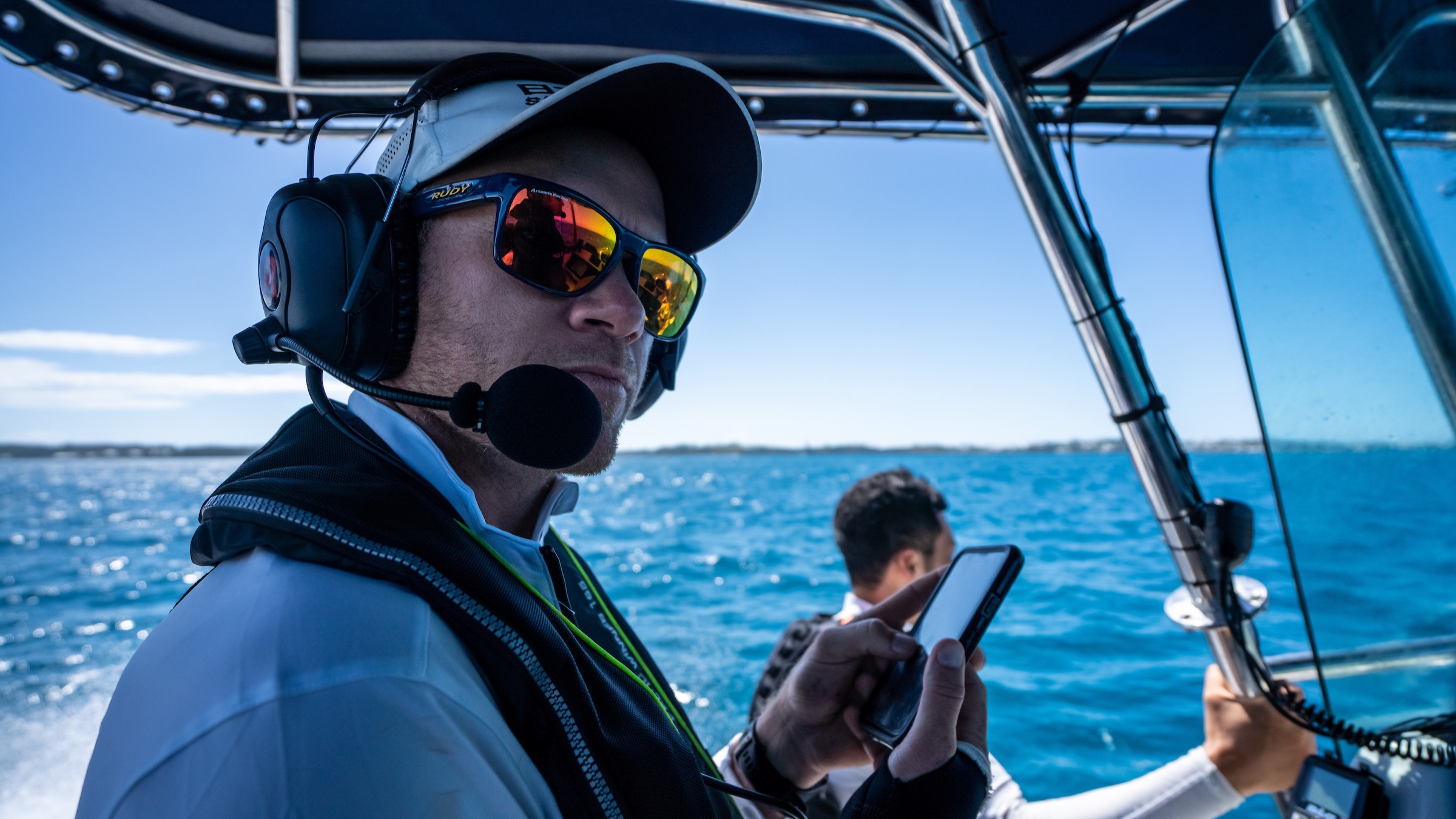 The news that Outteridge will be driving the Swiss F50 was declared a ‘positive-thinking move’ by podcast host Stevie Morrison.

The Deep Dive podcast is available on all major podcast platforms and features new episodes ahead of every event of SailGP Season 3.