The New Zealand SailGP Team has dominated in Denmark, winning four of four races at the ROCKWOOL Denmark Sail Grand Prix - becoming the first SailGP team to be undefeated at a single event.

With the sun coming out and the breeze filling in, race day two in Copenhagen followed a shortened format of just four races after qualifying races on Friday were called off due to poor weather. Three short, sharp fleet races and one final would determine the event winner, and New Zealand claimed them all, winning races one, two and three back-to-back before entering the podium final alongside France - in their first final this season - and hosts Denmark. Two-time SailGP champions Australia missed out on its first final since September last year. New Zealand SailGP Team Wing Trimmer Blair Tuke said, “What an incredible day - first off, to have all races on one day, then to go three for three in fleet racing and win the final was absolutely epic.” 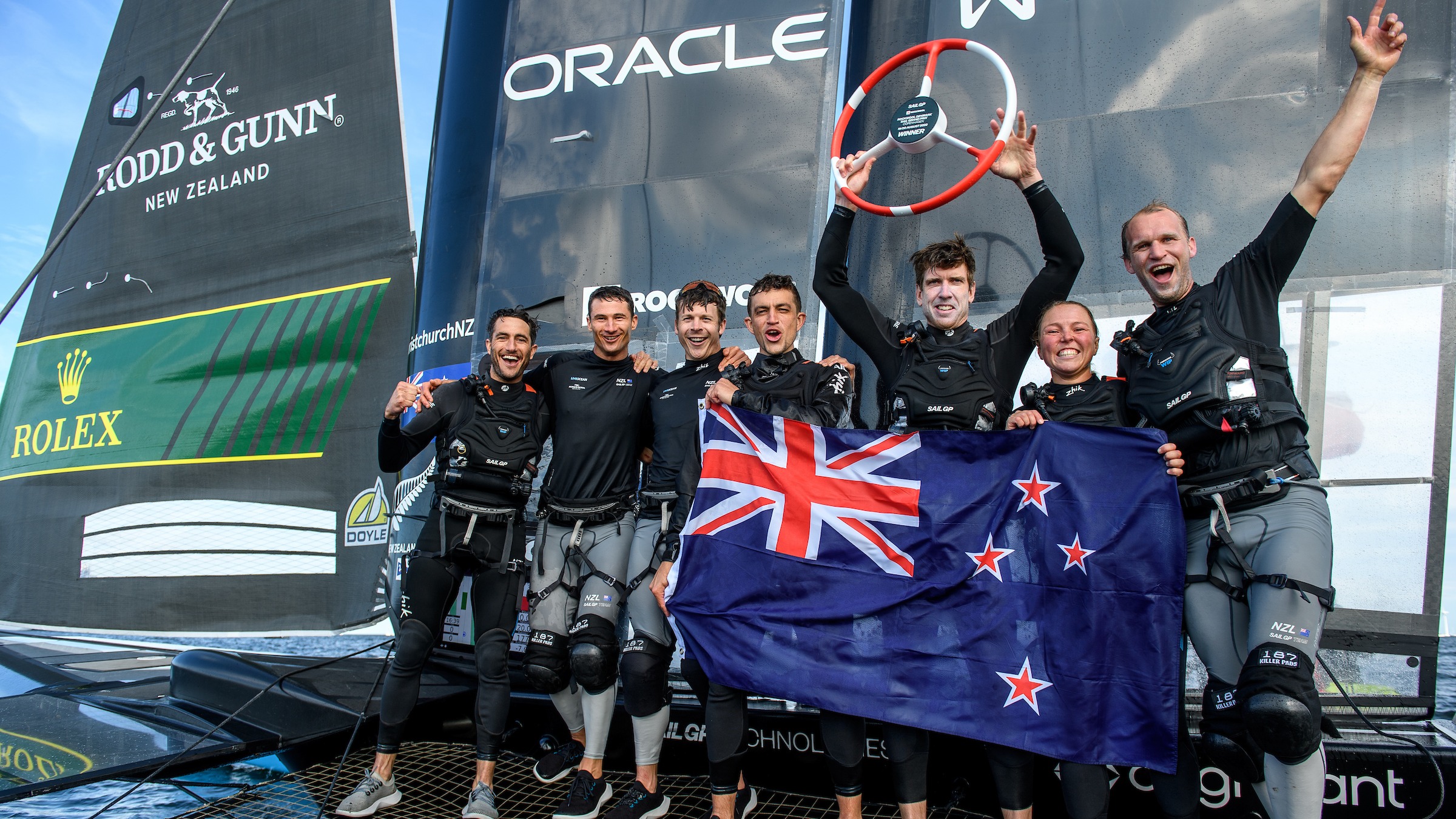 With fewer races contributing to the event leaderboard, there was no margin for error and Tuke said the heightened stakes helped the Kiwis: “We were all super excited heading into the day knowing it was all on the line. Being a one-day event, we had it all to play for and knew we had to put our best performance together.”

Coming out strong in race one, New Zealand finished first ahead of Jimmy Spithill’s American crew in second and the Danes in third, sailing at home on the Øresund Srait. Then it was onto races two and three, where the Kiwis once again raced to the front of the fleet to finish first ahead of Denmark (second) and Australia (third). 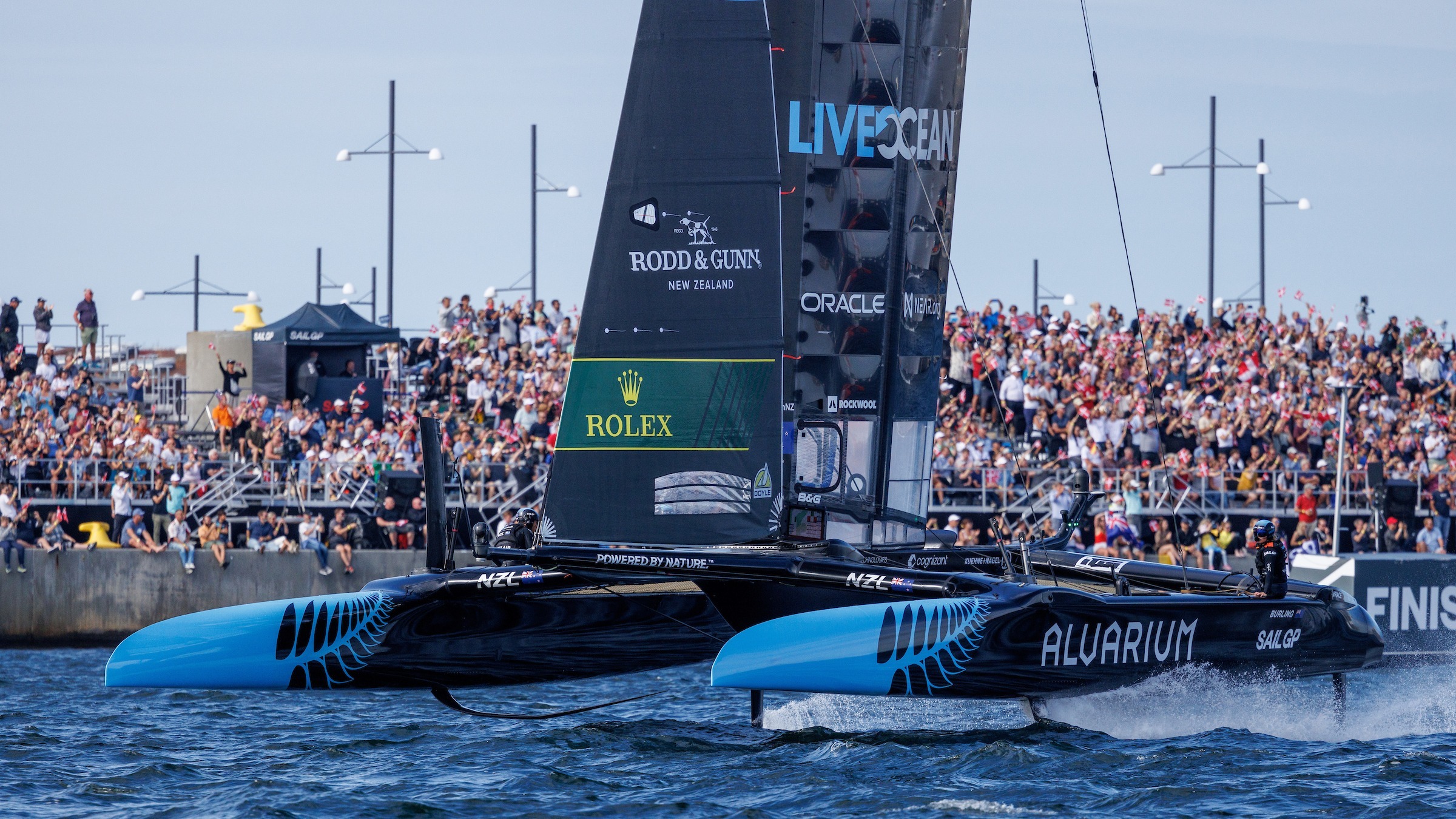 Tuke said, “The third race today was probably our trickiest, where we dropped briefly into fifth but the team kept chipping away and it was a real fight to get to the front.”

One casualty in race three was rivals Australia, who faced a penalty for gybing too close to New Zealand, eventually finishing fourth and critically behind France, denying the Aussies the points required for a spot in the winner-takes-all final.

Commenting on the Kiwis’ performance, Australian Driver Tom Slingsby said he was blown away by the team, “No one has ever won every race,” he said.

“We didn’t even see [New Zealand] today - they were either way out in front of us or about to pass. We’ll have to go away to review the data to see what they’re doing. We may be leading in the points but they’re without a doubt the benchmark team,” said Singsby.

“You can’t get over that feeling,” said Mackay. “We’ve been on such a journey together as a team, working really hard in a number of areas and to see it all come together today in tricky conditions was pretty amazing.”

With St Tropez just under three weeks away, Tuke said, “It’s still a long season ahead. We’re not getting ahead of ourselves but these wins don’t come easy and we’ll make sure to enjoy this one. We’re right in the middle of the European leg of the season and we’ll keep working on the areas we need to improve just like we have throughout this season,” said Tuke.

“The French and the Danish both sailed really well today. The Danish have definitely shown in the last few events that they are a real contender and the French have been knocking at the door as well, so it was great to race them both in the final.”