Rivals’ eyes may be fixed on New Zealand after back-to-back event wins in Plymouth and Copenhagen, but Driver Peter Burling insists the team is fully focused on the job ahead as it enters the Range Rover France Sail Grand Prix.

This weekend, SailGP returns to the glitz and glamour of the Côte d'Azur, with two days of live action racing, Saturday 10 and Sunday 11 September CEST / Sunday and Monday NZT. New Zealand heads into the weekend second on the leaderboard, four points behind two-time SailGP champions, Australia. 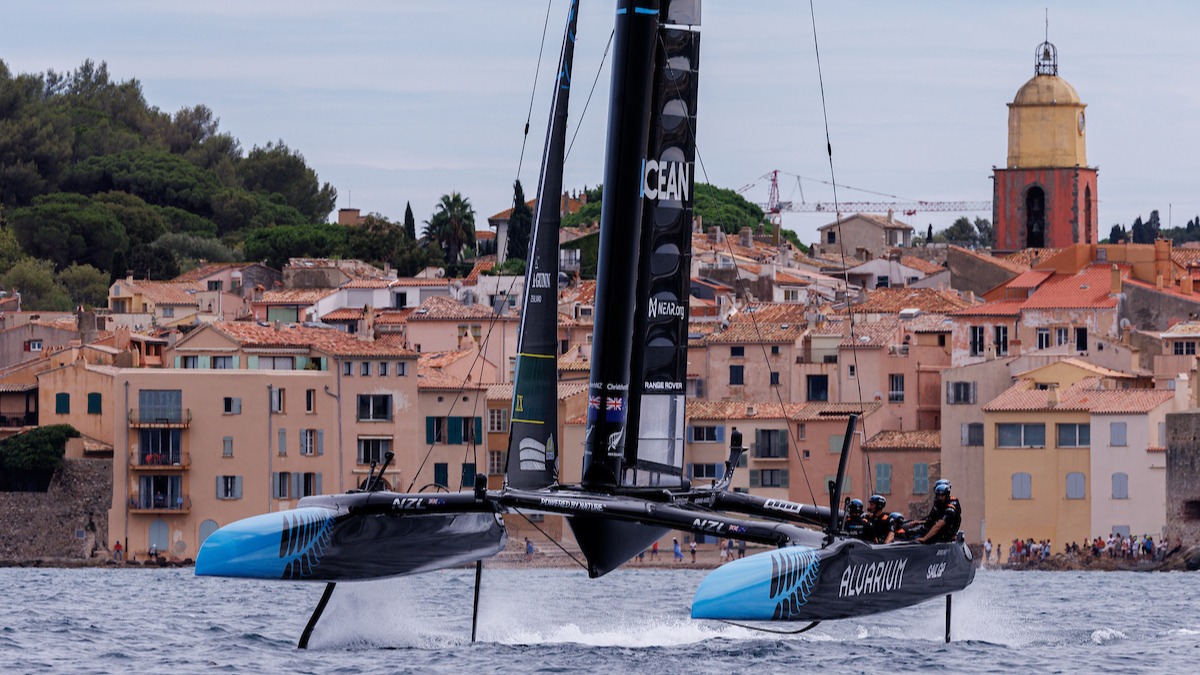 When asked about the Kiwis’ recent dominance, USA Driver Jimmy Spithill said he “wasn’t at all surprised.”

“If you look at Season 2, [New Zealand] missed a few regattas and had some rotation in the team. Towards the second half of the season they were able to lock things in and start getting a lot of the little things right. I’ve seen these guys for a long time operating at the very top level of the sport and I think again, they’ll be one of the favourites going into this weekend,” Spithill said.

But Driver Peter Burling insists the Kiwis aren’t getting complacent. “As a team, I’m really proud of the way we’ve been building. Our goal has always been to keep getting better and keep improving. I think we’re still far from where we can get, which is the really exciting part of it all,” he said.

“We’ve got an amazing group. Everyone contributes in their area and that’s the approach we’ve tried to adopt.”

“‘This fleet’s continuing to improve and develop so you have to keep improving yourselves. These wins give us confidence but there’s plenty of competition - anyone can be a real contender in SailGP and a lot can happen in a weekend,” Burling said.

Tomorrow, Jo Aleh will step into the role of Strategist after Olympian Erica Dawson sustained an ankle injury in training. Burling said, “It’s obviously gutting that Erica won’t be on the F50 this weekend.She was going great in training yesterday and we were really looking forward to having her onboard for the first time since Cadiz last year.”

“Erica’s a major asset to the New Zealand SailGP Team and she’ll continue to play a key role this weekend in meetings, debriefs and analysis,” Burling said.

With strong winds on the radar for raceday one, teams will adopt the smaller, 18-metre wing configuration and high-speed boards. And if today’s practice racing is anything to go by, conditions will make for exciting racing, with all boats flying fast and New Zealand recording a top speed of 95.38kph.

Burlings said, “It’s going to be exciting to see how the fleet shapes up in this configuration as we haven’t sailed it for a long time now - since the season-opener in Bermuda.”

Also on the forecast this weekend is a chance of more drama on day two - with race organisers introducing the possibility of a “Super Sunday” format where teams compete in three fleet races before the winner-takes-all final off the back of positive feedback from broadcasters and fans in Copenhagen. The final decision will be made by race management, depending on conditions on the day.

New Zealand can catch all the action on Sky Sport NZ, with live racing at 0030 (12.30AM), full replays will be available at 0630 and 0800 on Sunday and Monday, respectively. Racing will also be streamed live and on-demand on YouTube.