The Spain Sail Grand Prix is off and running and the pressure’s on for New Zealand, who’s right in the mix, sitting fourth in the fleet after day one with 21 points total. Tied with the Americans, the Kiwis are just three points behind front-runners Australia and France with 24 points each. Great Britain is in second with 22 points.

Wavy conditions made for difficult sailing, with all teams working to maintain vital flight time and avoid costly mistakes on a day when every point counts. 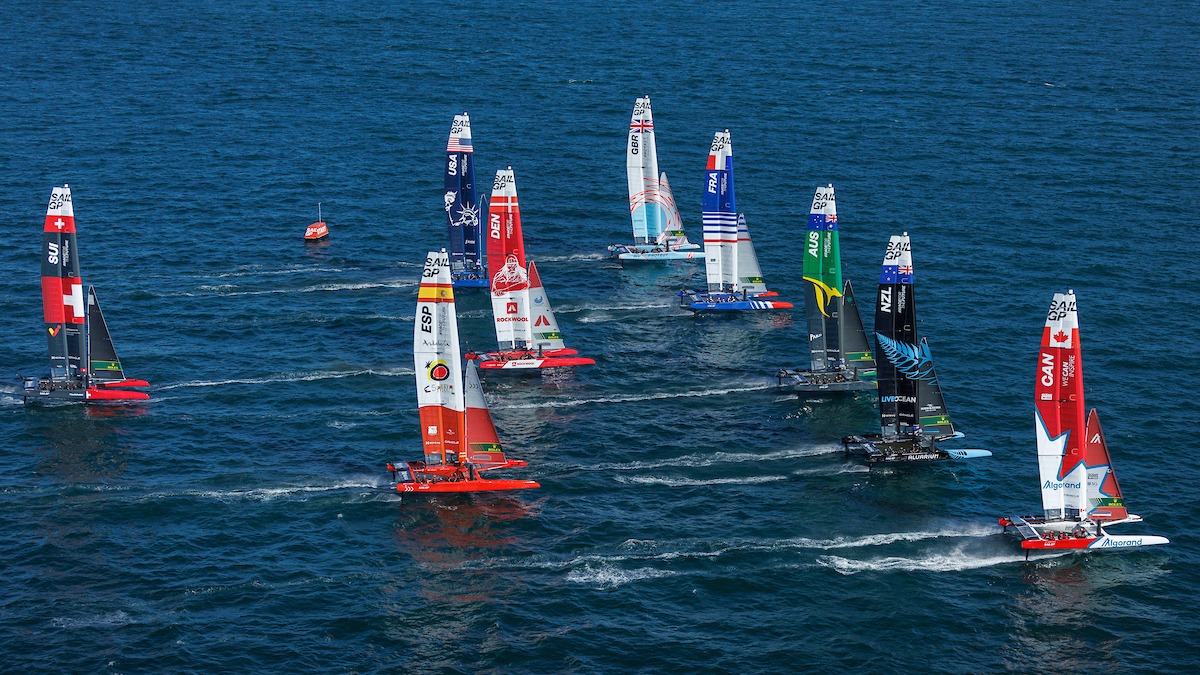 New Zealand SailGP Team Wing Trimmer Blair Tuke said, “It was a really challenging racecourse today in Cadiz, with the combination of the swell and backwaves from the city making it really difficult for teams to maintain accurate control of the boats.”

The Kiwis came out strong in race one, taking the win ahead of France in second and the United States in third, but struggled to get to the front in races two and three - finishing fifth and sixth, respectively.

Tuke said, “We sailed a really good race in race one - we weren’t first [throughout], so we worked hard to pick off a few boats as we went around the course which was really pleasing.”

“In the second two races, we still did good work to fight for a sixth and fifth, keeping us right in the hunt for tomorrow. With conditions looking pretty similar, there will definitely be a lot of work by the team tonight to iron out those mistakes and look for areas to improve.”

New Zealand entered the weekend second overall - just one point behind trans-Tasman rivals Australia, and the rivalry continued in races one and two today, which were like a game of musical chairs for the Kiwis and the Aussies who both earned a win as well as a sixth-place finish, entering race three with fifteen points each. In the third and final fleet race of the day, Australia pulled ahead to finish second behind Great Britain.

For France, consistency was the name of the game, securing a second, fourth and third place finish to end the day tied for first. Many fans would have been pleasantly surprised by a standout performance from the Spanish team, who delivered two top-four finishes on home waters after struggling to execute in recent events.

With competition in the fleet at an all-time high, Tuke explained “It’s the first event for a while where one or two teams haven’t gotten out to a lead after day one - the points are incredibly close.”

“To have a chance to win the event you need to make the podium race, and that’s our only focus for tomorrow. With six boats as real contenders - we’ll be all eyes ahead, focused on getting a couple of good races in, which should put us in good stead for the final.