This weekend, the New Zealand SailGP Team will look to finish the European leg of the Season 3 Championship strong, entering the fourth and final event in Spain placed second overall, only a single point behind defending champions and current front runners, Australia.

Hitting the stunning waters of Cádiz, the Spain Sail Grand Prix presented by NEAR will unfold over two action-packed days of racing, Sat and Sun 24-25 Sep CEST / Sun and Mon NZT. 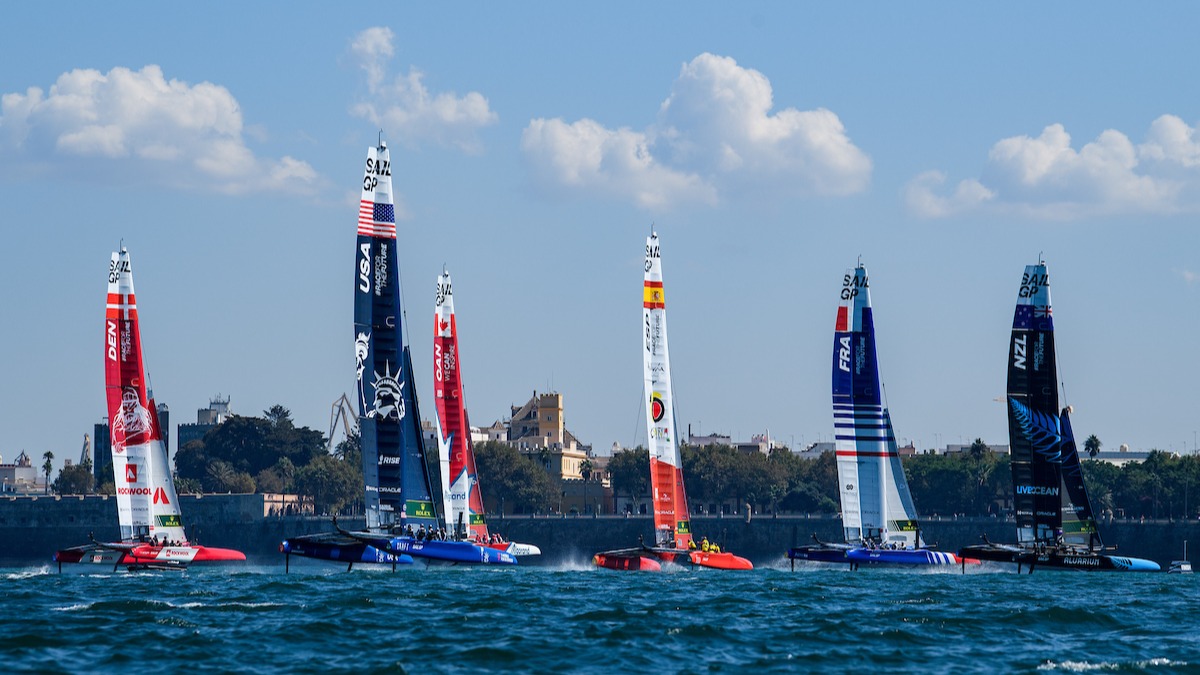 Driver Peter Burling says the team is feeling confident heading into the weekend, backed by a strong performance in Europe so far - including consecutive event wins in Plymouth and Copenhagen and a second-place finish in Saint-Tropez.

“[In Saint-Tropez], we had very different conditions to what we’ve sailed in for a while - getting the 18-metre wing out on day one, then the 29 in super light air the next. It really tested the team and we’re incredibly excited to go out there and get another final under our belts,” Burling said.

Despite being neck-in-neck on the leaderboard, Burling denied there were any hard feelings between trans-Tasman rivals New Zealand and Australia after a heated first day of racing in Saint-Tropez saw himself and rival driver Tom Slingsby exchange remarks on the water and in post-racing media interviews.

“We were in the heat of battle at the time but things have been resolved - what we [New Zealand] did was absolutely fine and we’re going to worry about Cádiz,” Burling said.

Slingsby agreed that it was “water under the bridge” as his crew looked ahead to this weekend’s racing and hopefully making it back onto the podium after two events missing out on the final race.

Burling also denied that Australia would be the only team in his crew’s sights this weekend. “For us, it’s all about accumulating points,” he said. “We’re more interested in the distance between our team and fourth than the distance to first because that’s what it takes to get into that final, then you get the chance to win the season championship.”

This weekend marks a significant milestone for SailGP’s women’s pathway - one year since the first time the league implemented its new racing configuration, in which each boat would increase from five members to six, with a female racing in the role of ‘Strategist,’ or helm assist. In light winds, crew member numbers now also drop from six to four, with the female sailor remaining on the boat and taking up grinding duties.

Commenting on the pathway, strategist Liv Mackay said it’s been a change that has “changed [her] career completely.”

“It’s not just about the opportunity of sailing on the boats. It’s about opening your eyes to what is possible. Now having raced on these boats, I think about everything else I want to do and being a woman doesn’t feel like a deterrent,” Mackay said.

But Mackay also urged faster change. “I think the time is definitely coming and there’s an amazing opportunity to focus on the next generation and bringing more females in to train and come through the ranks. It’s time to get some of these guys out in the future,” she said, gesturing to Burling, Slingsby and Spithill sat beside her.

Catch all the action this weekend, with live racing starting from 0200 AM on Sunday and Monday NZT on Sky Sport NZ, also available live and on-demand on YouTube.