The New Zealand SailGP Team will be out to show what they're capable of this weekend in the second event of the Season 3 calendar, the T-Mobile United States Sail Grand Prix | Chicago at Navy Pier.

The windy city did not live up to its name during practice racing today, with all races shortened due to extremely light conditions. But the Kiwis performed well regardless, working to find the best wind on Lake Michigan to finish fourth overall with 23 points total. 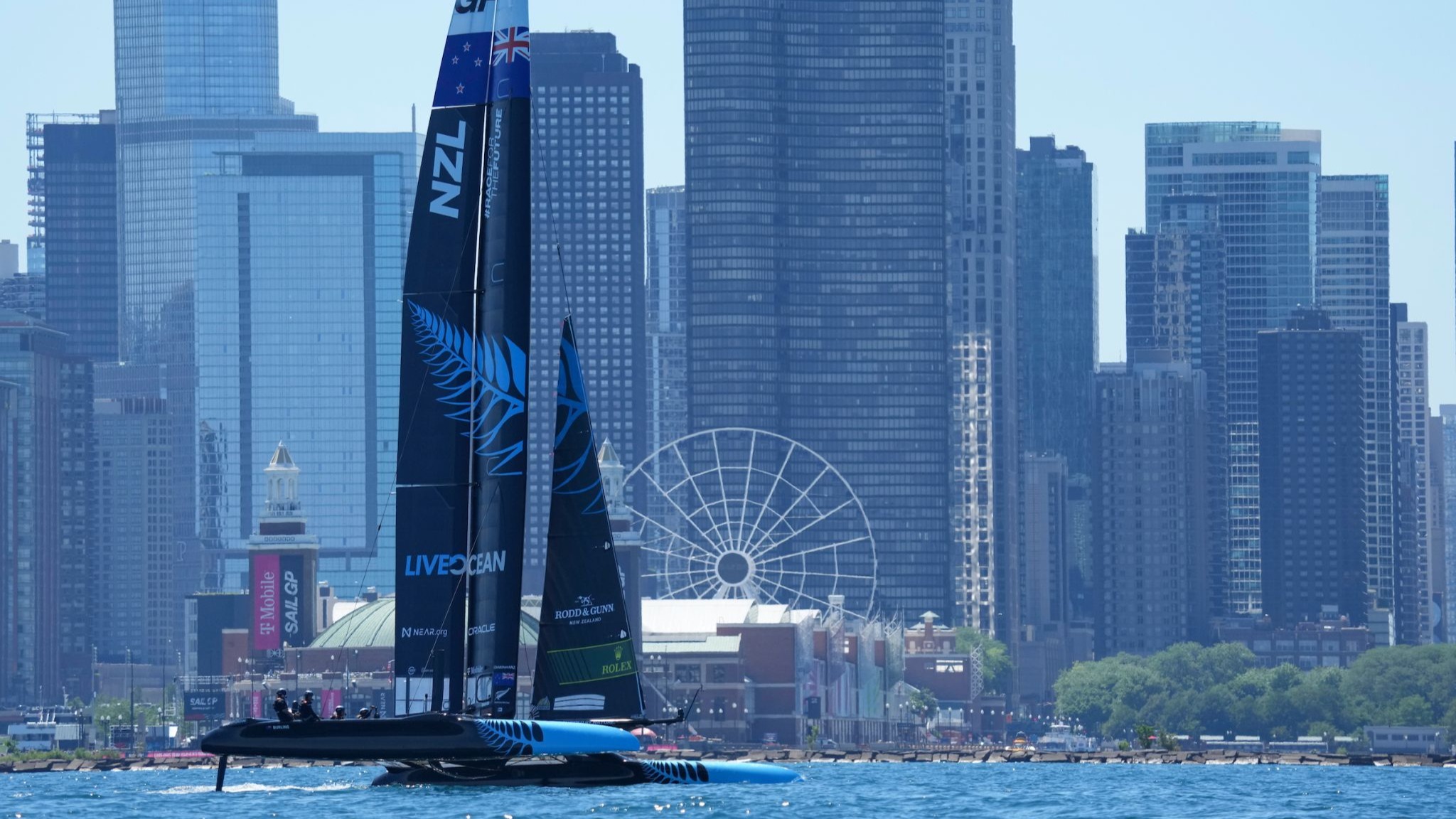 After finishing sixth in race one, New Zealand won its second race of the day, overtaking in the final leg, and finished second in the third and final race of the day behind two-time SailGP champions, Australia.

Wing Trimmer Blair Tuke says, “Today was a good warm up for the weekend’s racing and the team is feeling ready to go.”

“We’ve had a short build up here in Chicago and the team has trained in two vastly different conditions - with strong offshore breeze on Thursday and much lighter conditions today, right at the bottom end of foiling conditions. This afternoon we sailed in the four up position, with Liv moving up into the grinder two configuration. It’s a big shift but we were ready for the change and are happy with how we’re sailing the boat,” says Tuke.

Reflecting on the New Zealand SailGP Team’s performance in Bermuda, Tuke acknowledged that the team had some work to do to make real gains on the Season 3 leaderboard.

He says, “Our performance in Bermuda wasn’t where we wanted to be, but we’re ready to go out and execute well in all areas this weekend. We know the stakes are high and we’re putting in a lot of work to get to that podium position.”

Kiwis can tune into this weekend’s action at 7am on Sunday 19 May and Monday 20 May on Sky Sport 2 or streamed live and on-demand on YouTube.