The New Zealand SailGP Team has pulled it off - executing an impeccable weekend of racing to win big at the Great Britain Sail Grand Prix in Plymouth, standing first on the podium alongside Australia in second and Denmark in third.

Of six total races this weekend, the Kiwis won three, including the winner-takes-all final on day two - securing the crew’s first podium race and first event win since entering the league last season. 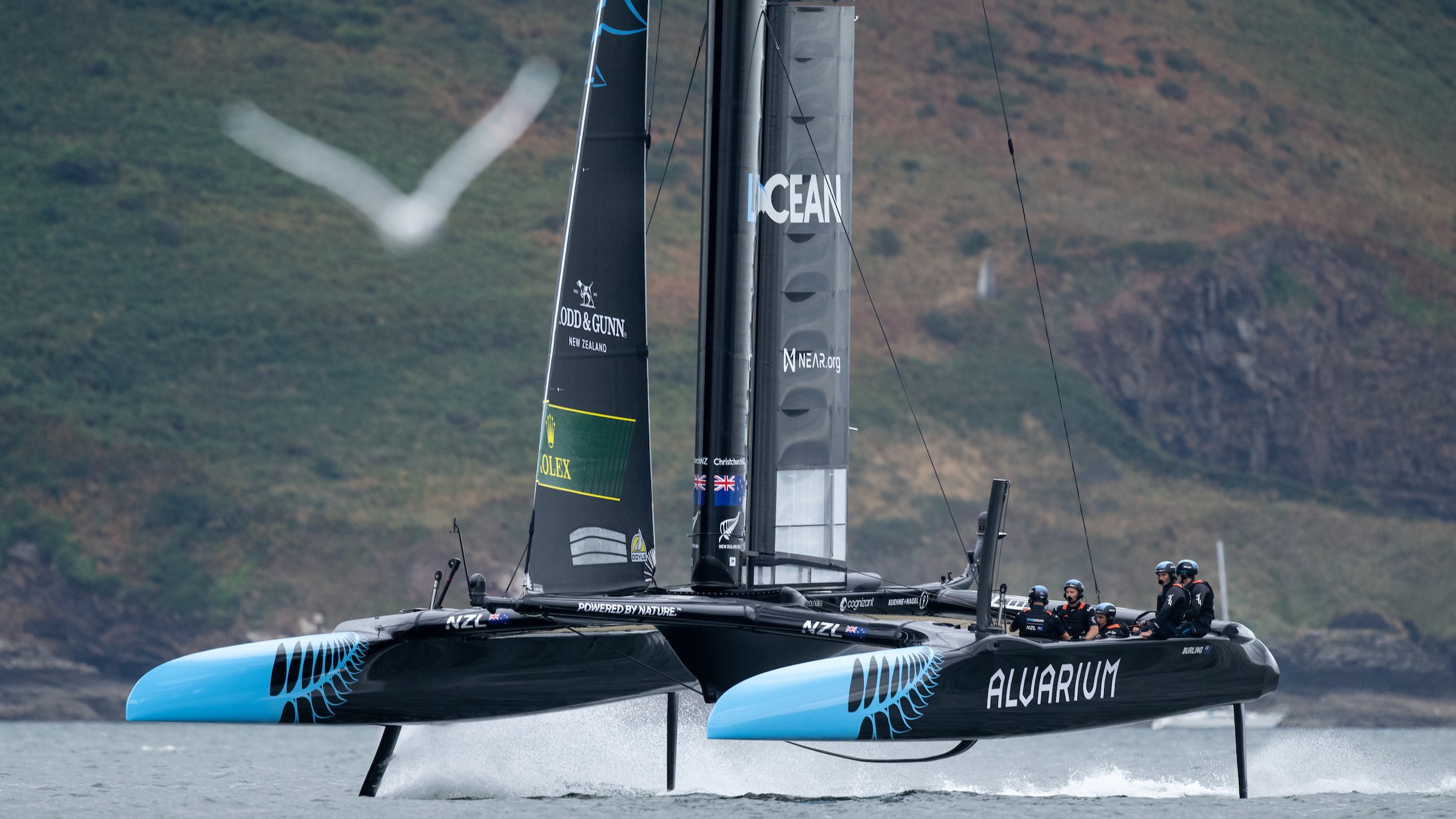 Driver Peter Burling says the team is thrilled with their results: “We’re absolutely stoked to have had such a dominant weekend here in Plymouth. To make it through to the final and win our first event is something the team is incredibly proud of,” he says.

“Everyone has been putting in so much effort behind-the-scenes and it really showed out there today.”

It was “not the easiest day of sailing,” conceded Burling, with extremely puffy and variable winds making for unpredictable racing. A penalty at the start of race four looked like it could be costly for the Kiwis. But New Zealand fought back from behind as all nine boats in the fleet struggled to find the best wind on the course, finishing fifth after Great Britain, Denmark, Australia and France. 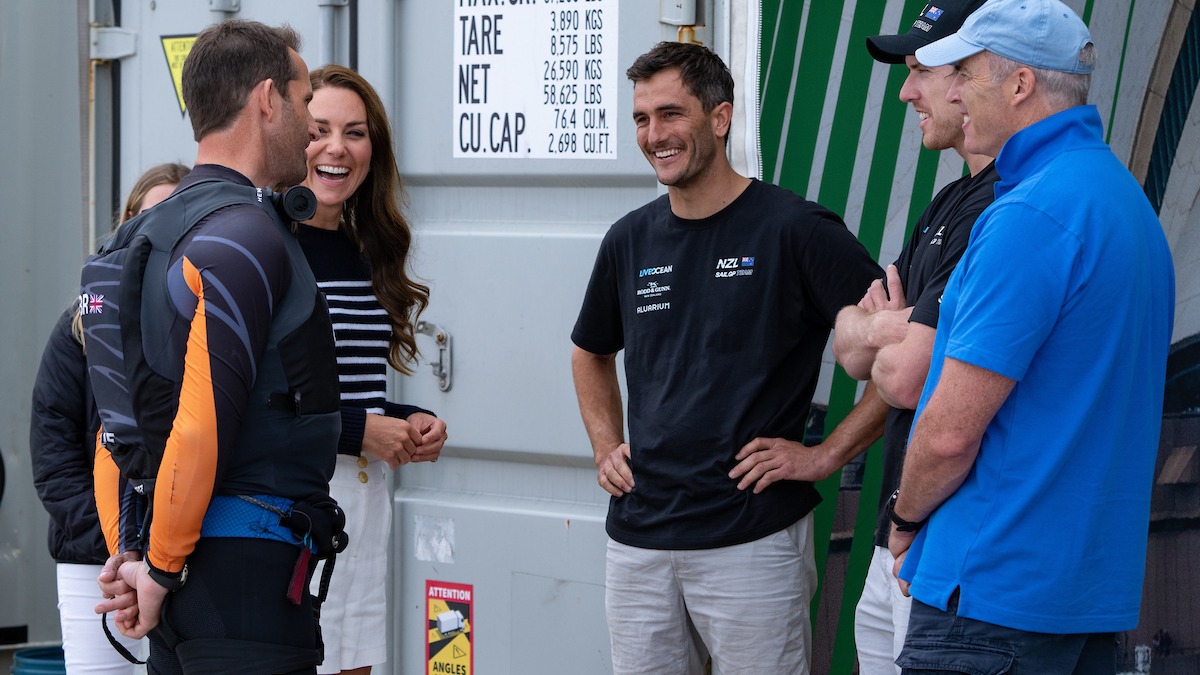 After winning race five, it was straight to the three-boat final for New Zealand. But close behind them Great Britain’s chances of a podium were dashed in front of throngs of local supporters when Sir Ben Ainslie’s crew suffered a penalty against Australia just 200-metres from the finish.

With the rest of the fleet eliminated, New Zealand entered the final alongside Denmark - also in its first podium race - and two-time SailGP champions Australia.

Up on the foils first, New Zealand surged to the start, winning the race to mark one and overtaking Denmark on leg three as the Kiwis applied consistent pressure to overtake the Danish crew and maintain the lead on a tricky final leg where anything could happen.

Finishing first ahead of Australia in second and Denmark in third was a sweet victory for the Kiwis, says Wing Trimmer Blair Tuke.

“It’s definitely an amazing feeling to be up on the podium for the first time. We’ve been chipping away both at events and in between, so today’s performance is a huge credit to everyone in the team. It’s a big step on a long journey and we know there are still some improvements to make, but first we’ll celebrate today’s win.” 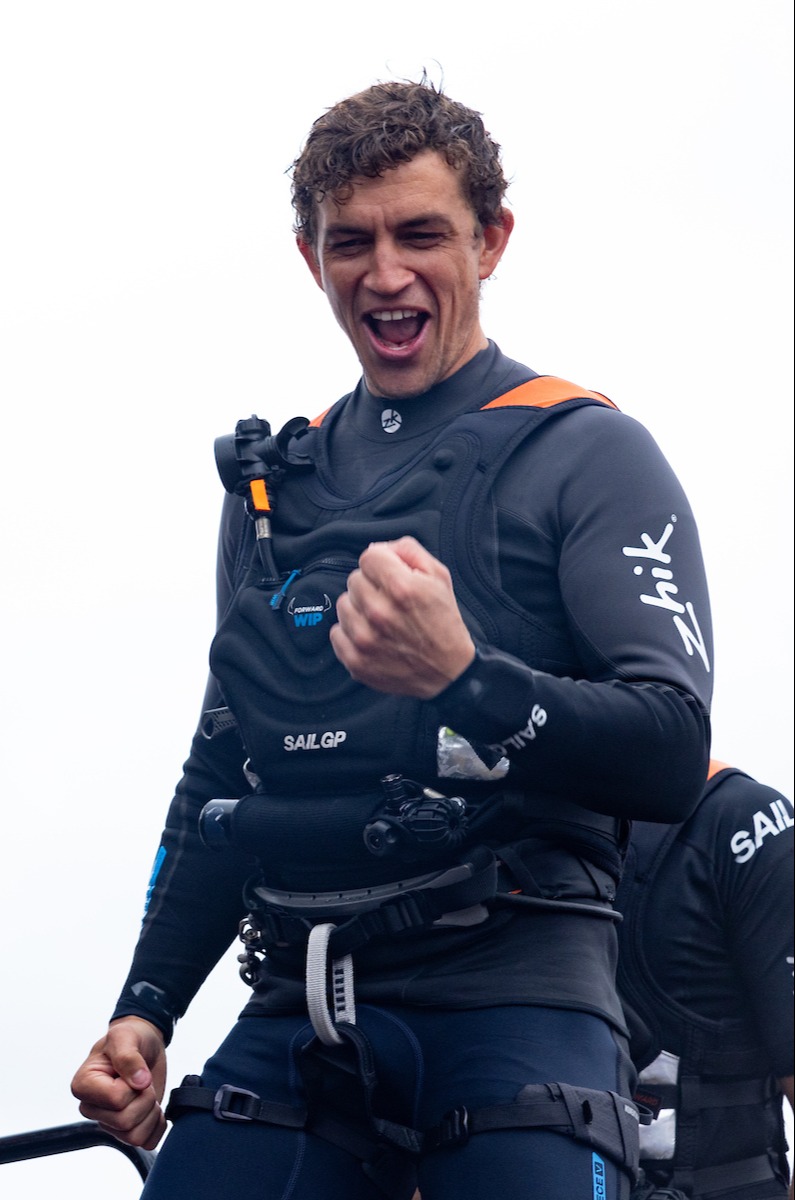 Equally amazing for the New Zealand crew was a one-on-one Commonwealth Race against Great Britain and the Duchess of Cambridge earlier in the day. Burling and Tuke got the chance to meet the Duchess before the friendly race and present her with a framed artwork on behalf of the team and its charitable partner, Live Ocean, founded by the pair in 2019.

“The Commonwealth Race was a pretty special way to start the day,” says Tuke. “It was great to spend some time talking to Her Royal Highness about ocean conservation and the power of sport to connect people to such critical messages.”

New Zealand was helped out by its own guest racer, endurance swimmer and UN Patron for the Ocean Lewis Pugh.

As event winners, New Zealand adds ten points to the leaderboard, putting them third in the Season 3 championship with 22 points overall behind Australia in first (29 points) and Great Britain in second (24 points). Heading into Copenhagen, Burling says the team is feeling assured with the momentum of their stand-out performance in Plymouth behind them.

“We’re definitely entering a busy part of the season with Copenhagen in three weeks time, then straight into St Tropez and Cadiz, so to be able to win here in Plymouth gives us a lot of confidence as we take on the rest of the European circuit,” Burling says.

Season 3 of SailGP is back later this month, with the Rockwool Denmark Sail Grand Prix in Copenhagen on 19-20 August.