“It’s a sign of strength for the team to get out there yesterday and then again today in completely different conditions,” said Spithill, CEO and Driver. It’s been an all-around team effort – from the shore team, our coach Philippe Presti, and of course the athletes. Everyone did an incredible job.” 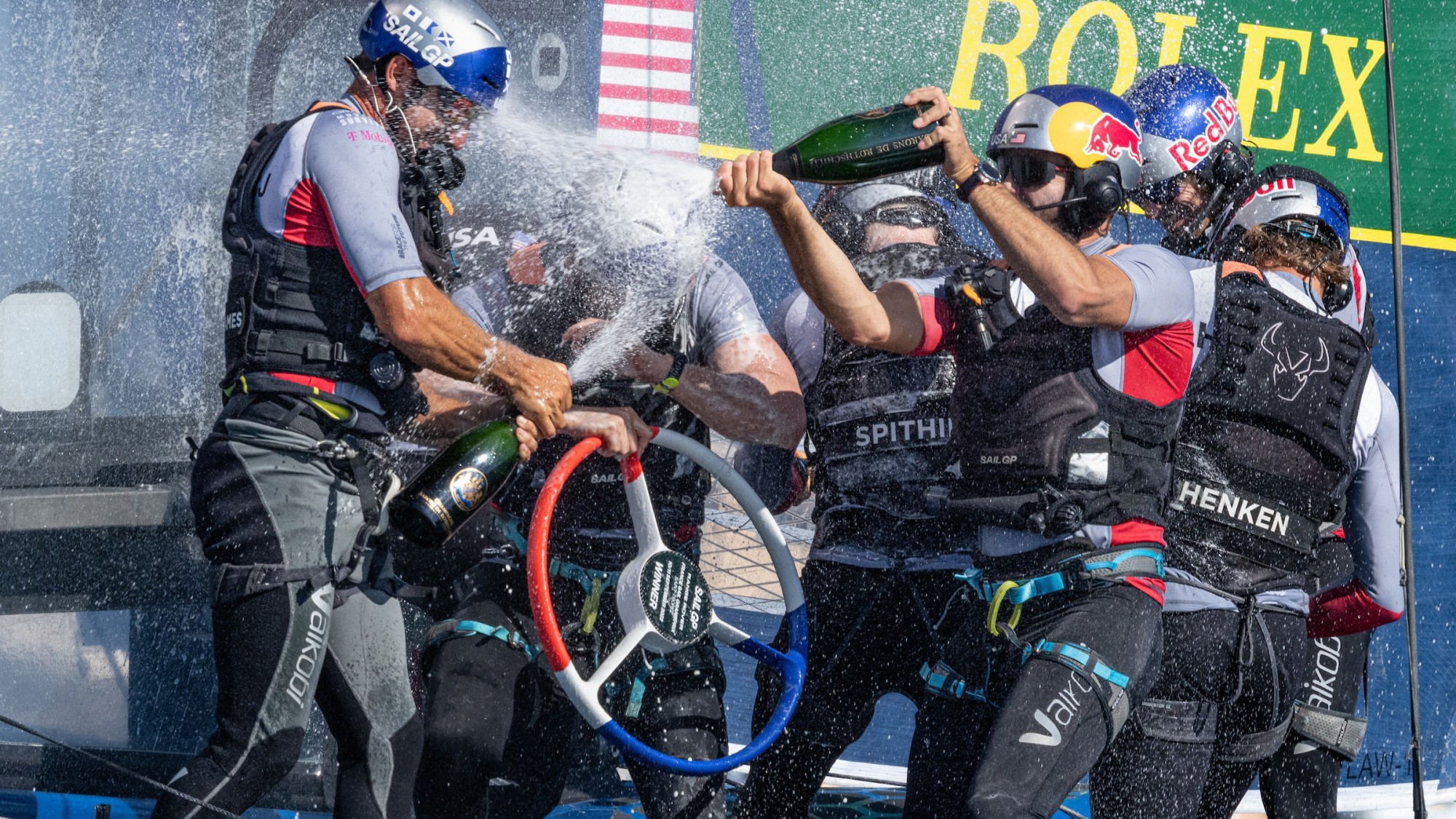 “It’s really intense,” said Spithill. “Being in the lead is very difficult. It’s not clear where to go and things change so quickly.”

The American squad set the standard this weekend, including earning its first fleet race win of the season. The consistent performance paid enough dividends to safely qualify them into the final podium race, despite incurring a four-point penalty for a collision in the second race today.

“My mistake, we clipped the back of the French boat,” said Spithill of the incident. “We got stuck at the bottom gate and didn’t have much steerage. It wasn’t on purpose, or dangerous. Look, if boats touch, someone is going to lose some points, and yeah, we were in the wrong.”

In post-race remarks, Spithill addressed the critics who had been questioning the team’s lackluster performance early on. ”Look, there’s been a lot of noise and narrative about the team and changes we’ve made this season. I’m just really proud that we didn’t let it affect us, and just focused on getting out there and taking it race by race. This is a great overall result for the team and a result of a lot of hard work. We knew we’d get there.”

While the U.S. SailGP Team remains in seventh place overall in the season standings, they are only nine points off the podium and Spithill is looking forward to carrying this momentum into the Spain Sail Grand Prix | Cádiz in less than two weeks’ time (September 24 - 25).

“The entire squad has a lot of confidence coming out of this event,” he said. “Bring on Cádiz and let’s get after it.”