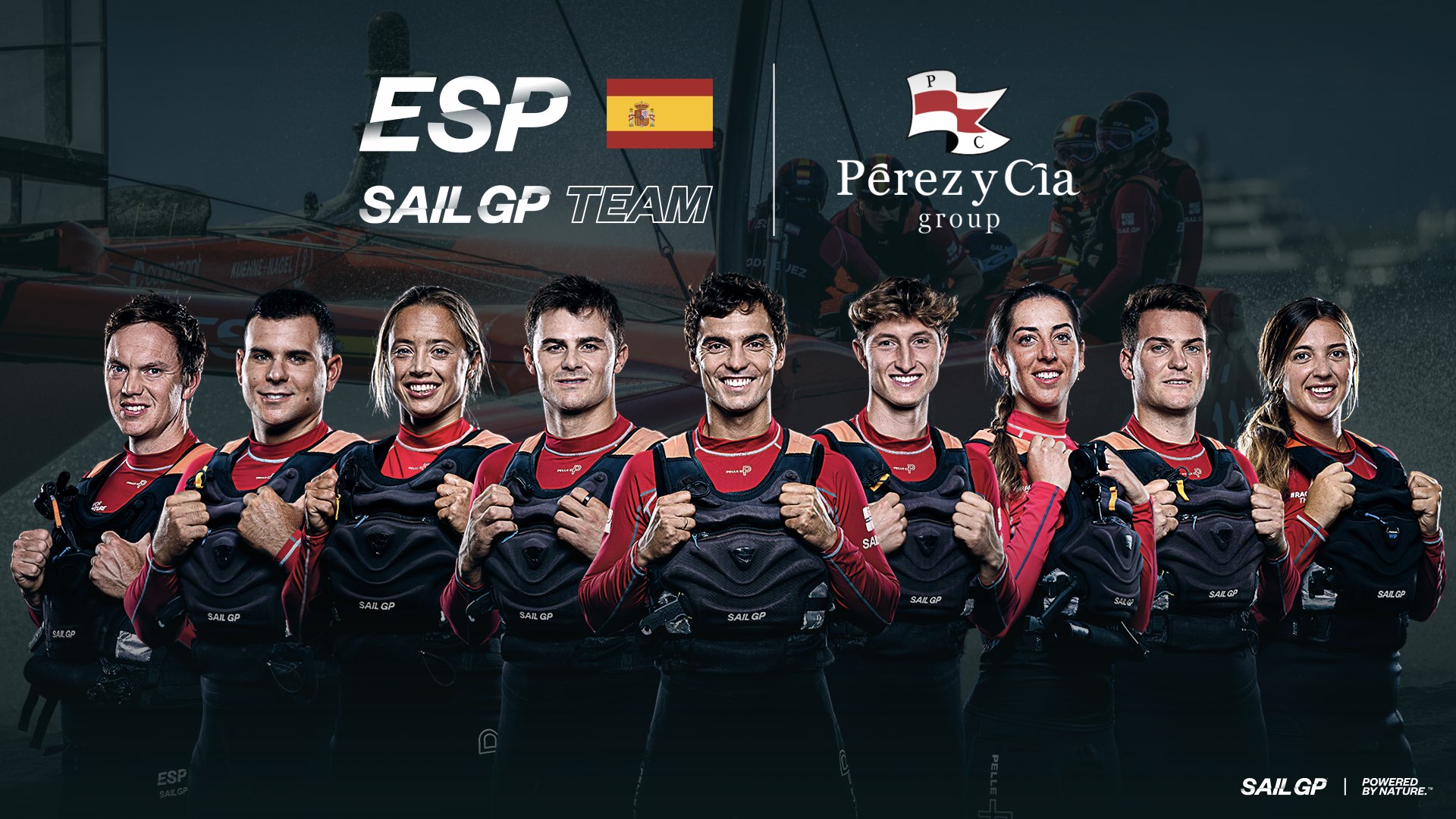 Madrid, December 21st 2022 - Pérez y Cía. Group and the Spain SailGP Team have reached an agreement as Official Partner until 2025. This announcement comes after an initial collaboration at the Spain Sail Grand Prix | Andalucía - Cádiz presented by NEAR which took place in September and in which Pérez y Cía. Group, a maritime and logistics leader, decided to bet on this championship which combines an elite sport with sustainability.

The extension of the agreement runs from the remaining part of Season 3 -from January to May - through Season 5. It represents the first venture into sports sponsorship by Pérez y Cía. Group, and shows its confidence in the Spain SailGP Team in the mid-long term and the potential of this sport in Spain and globally.

Pérez y Cía. Group will have visibility on the F50 Victoria, as well as on the team's equipment, in addition to experiential rights and digital content during the aforementioned seasons.

This agreement reaffirms Perez y Cía. Group’s commitment to Spain’s sport development and shared sustainability values in which have been at the heart of SailGP since its inception. During recent years it has focused its Corporate Social Responsibility efforts on the environment, with the full elimination of sulfur emissions (SO2), the reduction of CO2 emissions and the implementation of new energy efficiencies.

Pérez y Cía. Group has the most extensive network in the maritime and logistics industry in Spain and Portugal, and covers the main peninsular ports as well as the Canary and Balearic Islands. It also has a broad presence in some American countries such as: Brazil, Colombia, Panama, Guiana, Costa Rica, and various Caribbean islands in addition to Morocco, China and Singapore.

Maria del Mar de Ros, Spain SailGP Team CEO affirms: “We are proud to count Pérez y Cía. as our team Official Partner. SailGP and each of the teams in the League are constantly growing, and we are thrilled to see there are more and more brands interested in partnering with us,” to which she adds “The collaboration we did during the Spain Sail Grand Prix | Andalucía-Cádiz presented by NEAR laid the groundwork for the partnership we are making official today”.

Javier Ferrer Muñoz-Seca, Pérez y Cía. Group, President and CEO highlights: “We share with the Spain SailGP Team important values such as sustainability, hard work and an unbreakable will to win and improve every day - values that anyone can aspire to."

For his part Gonzalo Pérez-Maura, Pérez y Cía. vice president, touched on the growth of this global partnership: “After the magnificent experience in Cádiz we are excited to extend our partnership with the Spain SailGP Team to the rest of this season and beyond and continue our involvement in such a fascinating project with so much potential”.

Marc Masagué, Commercial Director of the Spanish Team: “We are very pleased to be finalizing a partnership which is a perfect fit with our commercial strategy. It consists of a long-term alliance between two properties who are aligned in terms of sustainability, purpose and impact, a fact which will be reflected through the agreed activation plan.