Fresh from securing his first podium finish, French driver Quentin Delapierre is readying himself for his first home event in Saint-Tropez on September 10-11. Ahead of the event, SailGP.com catches up with Delapierre to discuss how his key changes are resulting in the team’s rising trajectory. 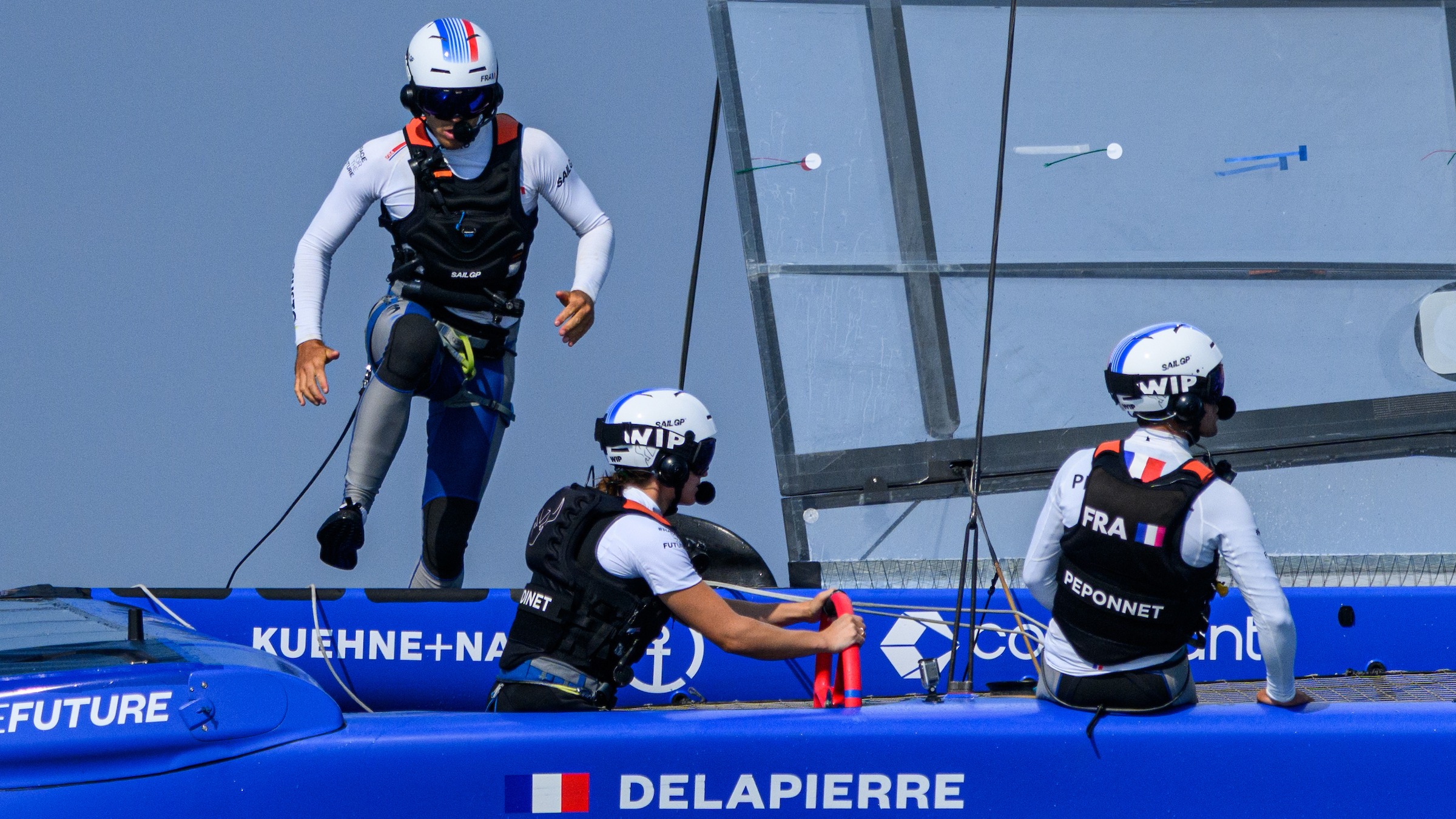 It’s been almost a year since Delapierre took over as French driver. He joined in the middle of Season 2, replacing then-driver Billy Besson. The unexpected announcement came in the wake of France’s underwhelming sixth place finish at their Season 2 home event in Saint-Tropez and the turnaround was rapid. Delapierre was drafted in to helm at the Spain Sail Grand Prix less than a month later which, he admits, was a baptism of fire. “It was not an easy position for sure, but I tried to do my best.” 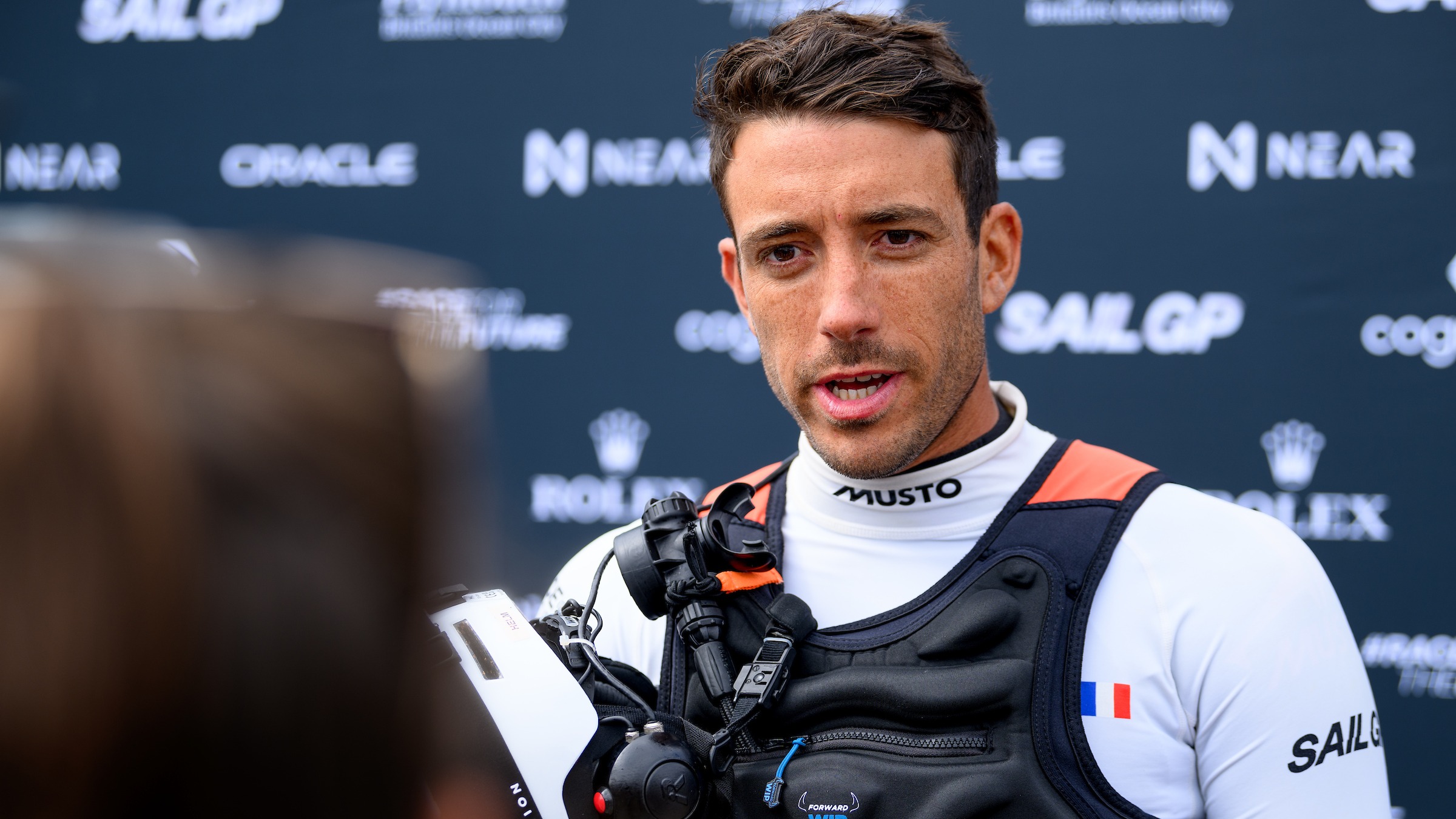 His focus for the remainder of the season was unifying the team in preparation for the start of Season 3, specifically building relationships with a crew he had never sailed with before. “I tried to learn as quickly as possible with a team that I didn’t know.” There have been ample and significant changes on board since then, the most basic of which saw Delapierre establish a set routine into every sailing session. “If we are struggling to sail the boat, I cannot concentrate on strategy and tactics,” he says. These routines focus on improving boat handling, including achieving a good average heel and ride height, and meeting boat speed targets. These changes create ‘an easy boat’, allowing Delapierre to ‘focus on strategy and the team to really compete’. 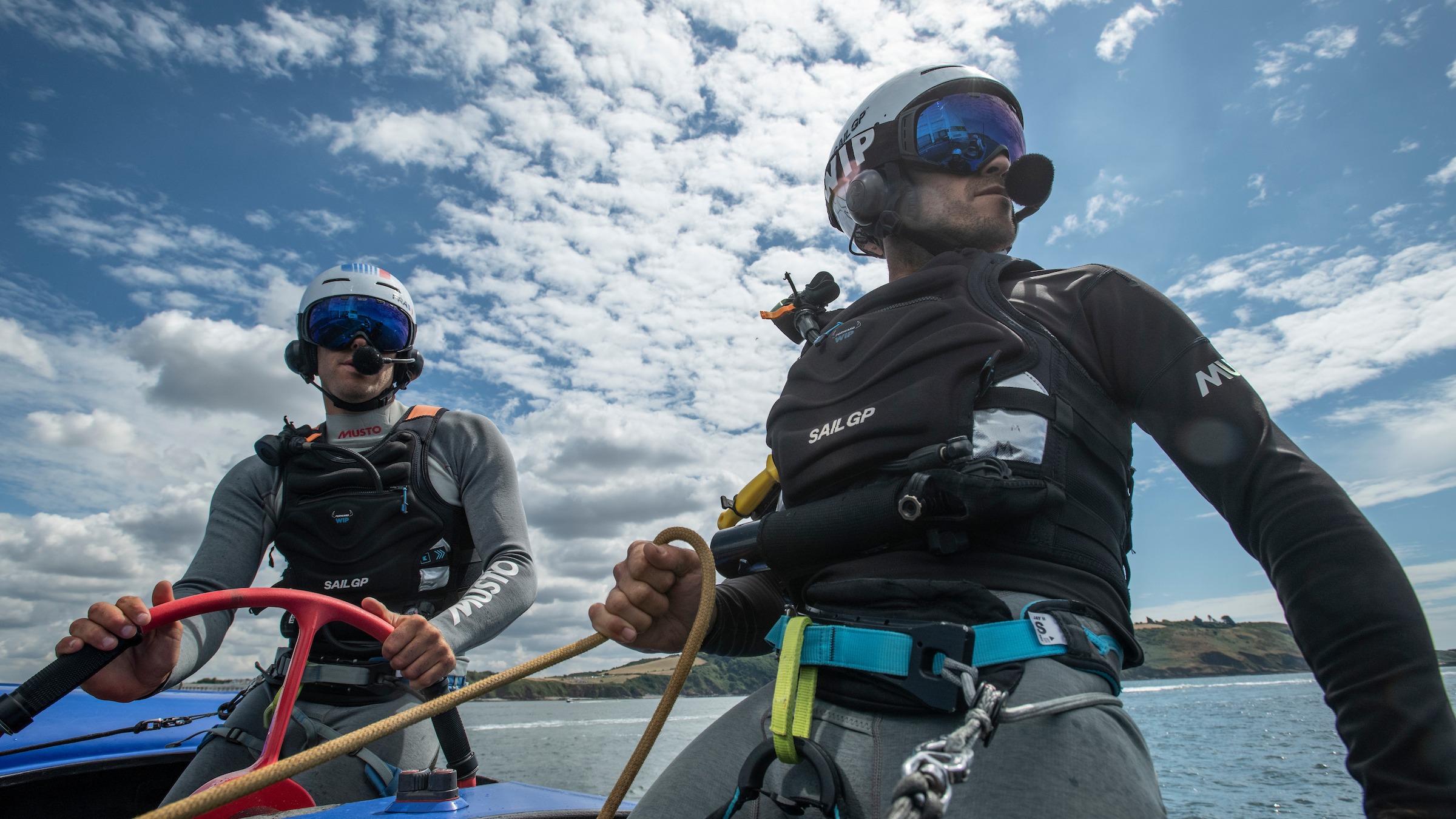 There have been structural changes too, with former wing trimmer and Brit Leigh McMillan replaced by Kevin Peponnet at the beginning of Season 3. The simple swap has made a ‘big difference’, Delapierre says, specifically his ability to confidently sail the boat. He is quick to commend McMillan, who is a ‘fantastic sailor’ who ‘taught [him] a lot’. But something didn’t quite click. In pressurised fleet racing situations last season, 'it was hard to find each other,’ he says. “Leigh would be thinking about one move and I would be thinking about another - we weren’t in sync,” he explains, “in SailGP, it’s just not possible to sail this way because there is a tricky tactical move at every cross. If you sail in this mindset it becomes exhausting’. 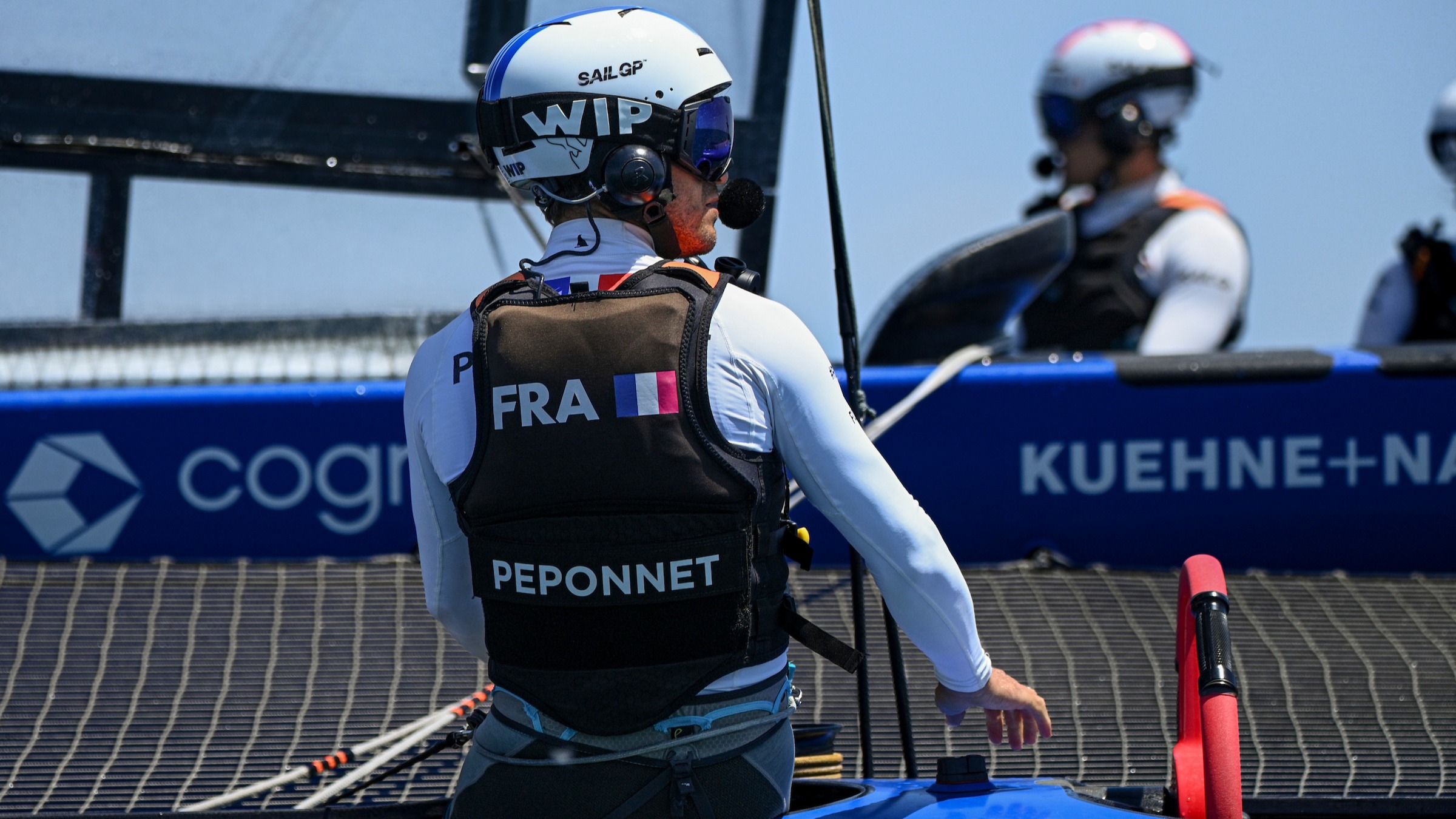 After joining an unknown crew, Delapierre decided to draft in a familiar face with the entrance of wing trimmer Kevin Peponnet. The pair have built a solid friendship - sailing together extensively in the past five years, and even sharing a room at the 2020 Tokyo Olympics. That shared history has translated onto the F50, where the pair operate in ‘fluidity’. “When we sail the boat together, it’s really easy,” Delapierre says, “we have the same way of sailing. When I want to do something, he just follows, and when he asks me about something, I am usually already thinking about it - it is just a pure pleasure sailing with one of your best friends." 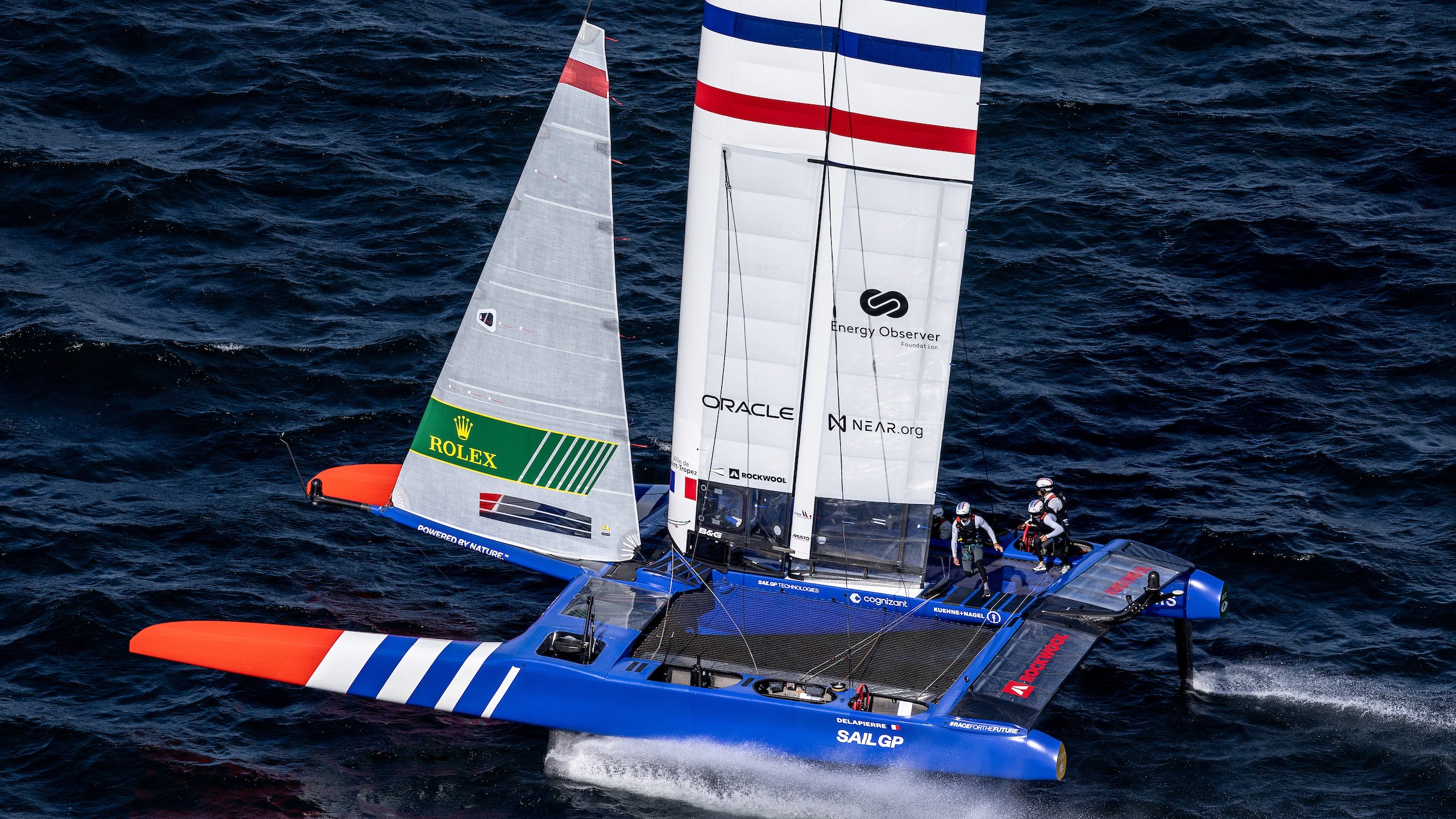 Delapierre recruited another former colleague this season - strategist Manon Audinet, with whom he competed alongside in the Nacra 17 class at the Olympics. Delapierre credits Audinet with having ‘a real talent with the wind’ - a capability which means ‘she is able to tell me what’s coming next, if she prefers the left or right side on the next leg - it just makes my life so much easier.” Audinet sailed with the team for the first time in Plymouth and ‘did an amazing job,’ Delapierre says. “We are really hoping to sail with her a lot more.” 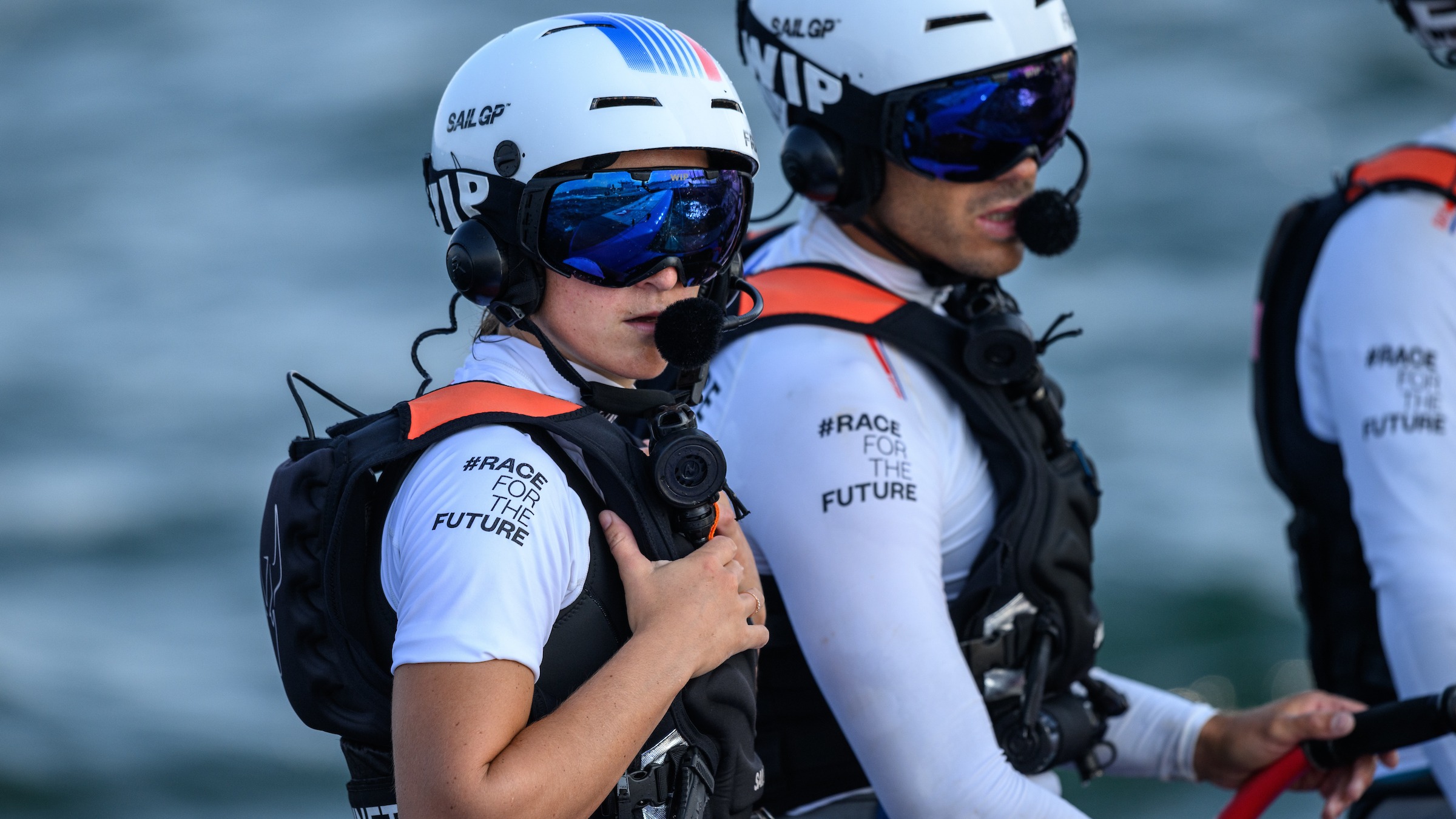 Peponnet joining the team also meant that the whole crew would be all-French speaking for the first time. Despite this, boat handling commands, such as ‘stand by’, ‘tack away’ and ‘gybing’, remain in English for brevity. “The boat handling is much more efficient in English, but if we need to express our feelings or if there’s something we want to change, we speak in French and it’s much easier for us,” Delapierre says. Communication has been a key improvement area for the team since Delapierre joined, especially in ensuring candid conversations on performance can take place. “If someone is missing something, we have to manage that. It’s the same for me - the team have to challenge me and be critical of my tactics and my starts’.

Candid conversations are crucial, he says, due to the limited time available on the F50. “I have never sailed a boat in this way before where you have one or two days training and then you race all weekend,” he says. “It requires another kind of concentration - you have to be really focused on what matters. If you just focus on the little details, you will miss the racing weekend.” Much of this work ‘happens at home’ in-between races, he adds, with a big focus on reviewing footage, on board comms and data analysis. “Everyone comes back with new ideas to take into the next sail grand prix,’ he says. 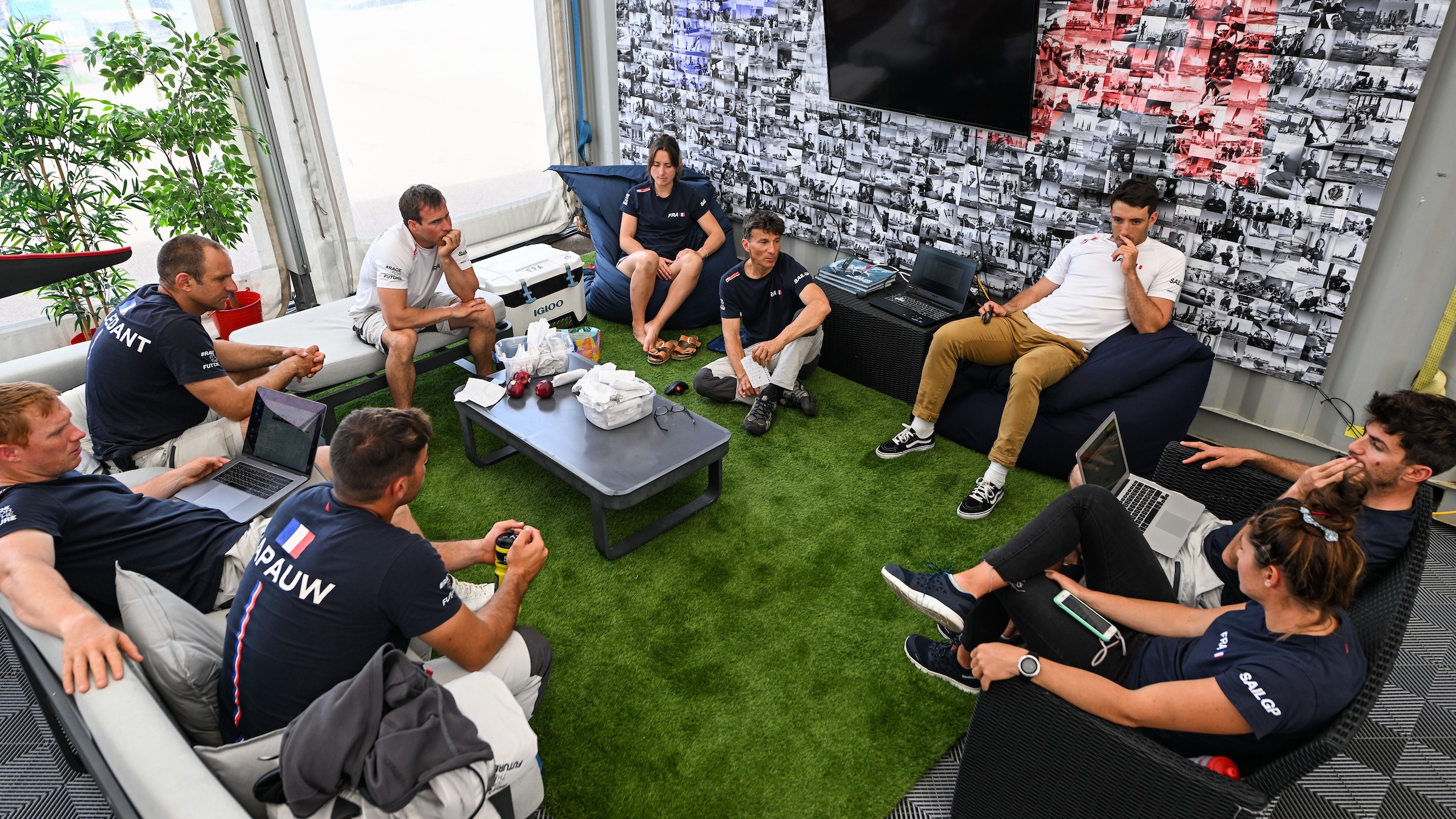 France’s progress in Season 3 had been steady, with 8-5-5 finishes in Bermuda, Chicago and Plymouth. But in Copenhagen, the team’s trajectory skyrocketed with second place finish and Delapierre’s first Final. “We have done a lot of work since the beginning of the season, we’ve pushed hard for the team and now it’s paying off,” Delapierre says. The French now sit in sixth place overall, and there’s still a way to go before they reach their Season 3 goal of securing a coveted place in San Francisco’s Grand Final. Delapierre admits this is ‘ambitious’, but remains confident that it’s achievable. “I said to the team before the season that the French team has to be ambitious and the way to meet this goal is to focus on every sail grand prix - every race and every Final, not the overall rankings,” he explains. “We have a long way to go, we have 11 events this season so we have to keep the energy and collaboration and data analysis, and if we do that well, it will come for sure”. 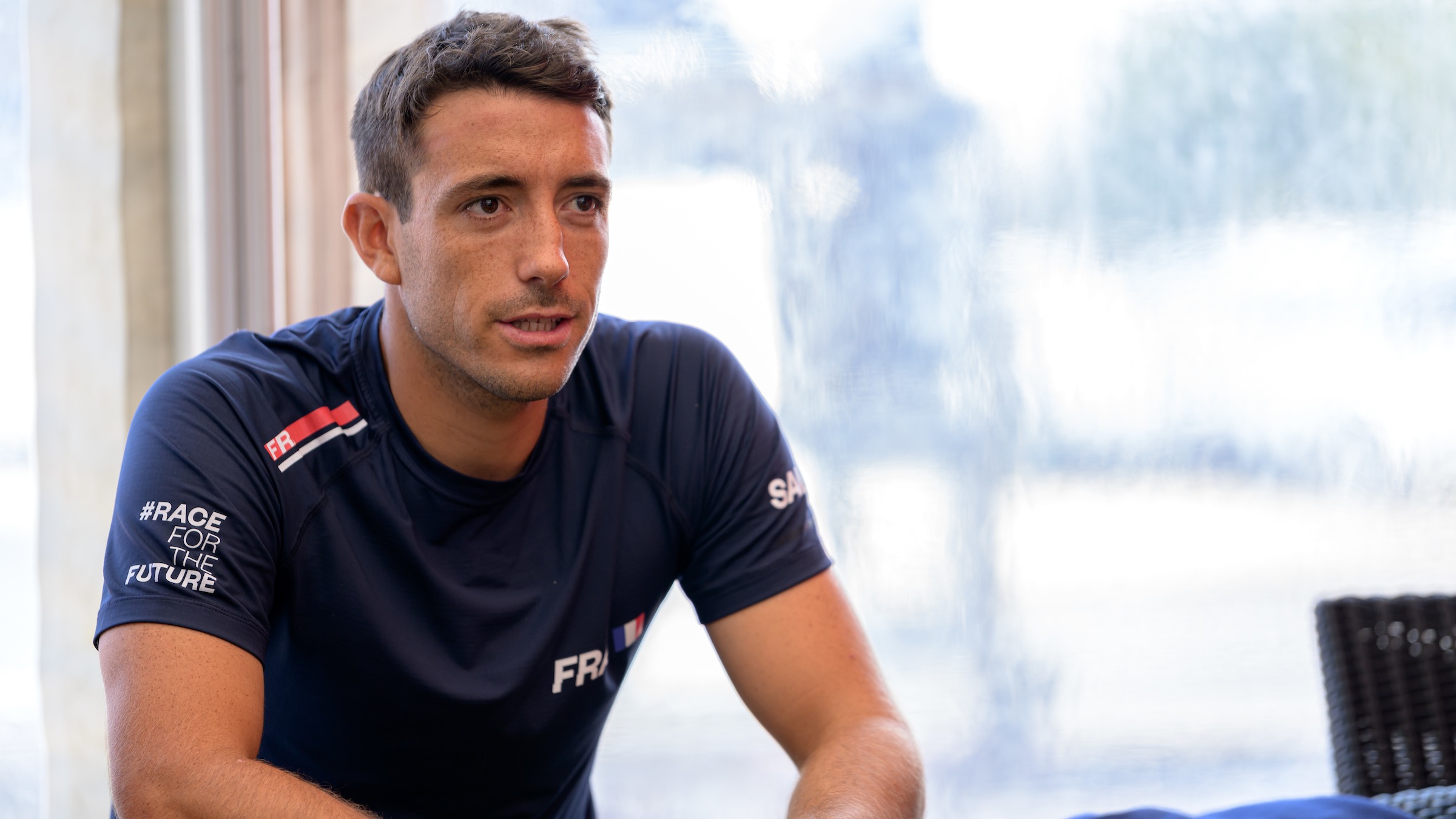 First though, there’s Delapierre’s first home event to prepare for. The Range Rover France Sail Grand Prix in Saint-Tropez will take place on September 10-11 and is a nerve-racking date in Delapierre’s calendar. He’s never sailed there before, but he knows it ‘to be a tricky venue’ with a gusty easterly wind. He’s keeping his fingers crossed for ‘decent wind and flat water’ and admits he’s ‘afraid of choppy conditions’. “We met those conditions in San Francisco last season and it was very tricky,” he says. Despite this, he remains upbeat with just over a week to go until the event. “I’m excited to go to Saint-Tropez, I’m sure we’ll have a big crowd in one of the most famous cities in France.”