SailGP athletes and their Race for the Future partners have been playing their part in pledging to protect and conserve the ocean at the UN Ocean Conference.

Athletes including Great Britain’s Hannah Mills and New Zealand’s Peter Burling and Blair Tuke, attended the event in Lisbon alongside heads of government and states, as well as leaders from the private sector and scientific community. The event, which took place for the first time in five years, saw attendees join together to champion the protection and restoration of the ocean. 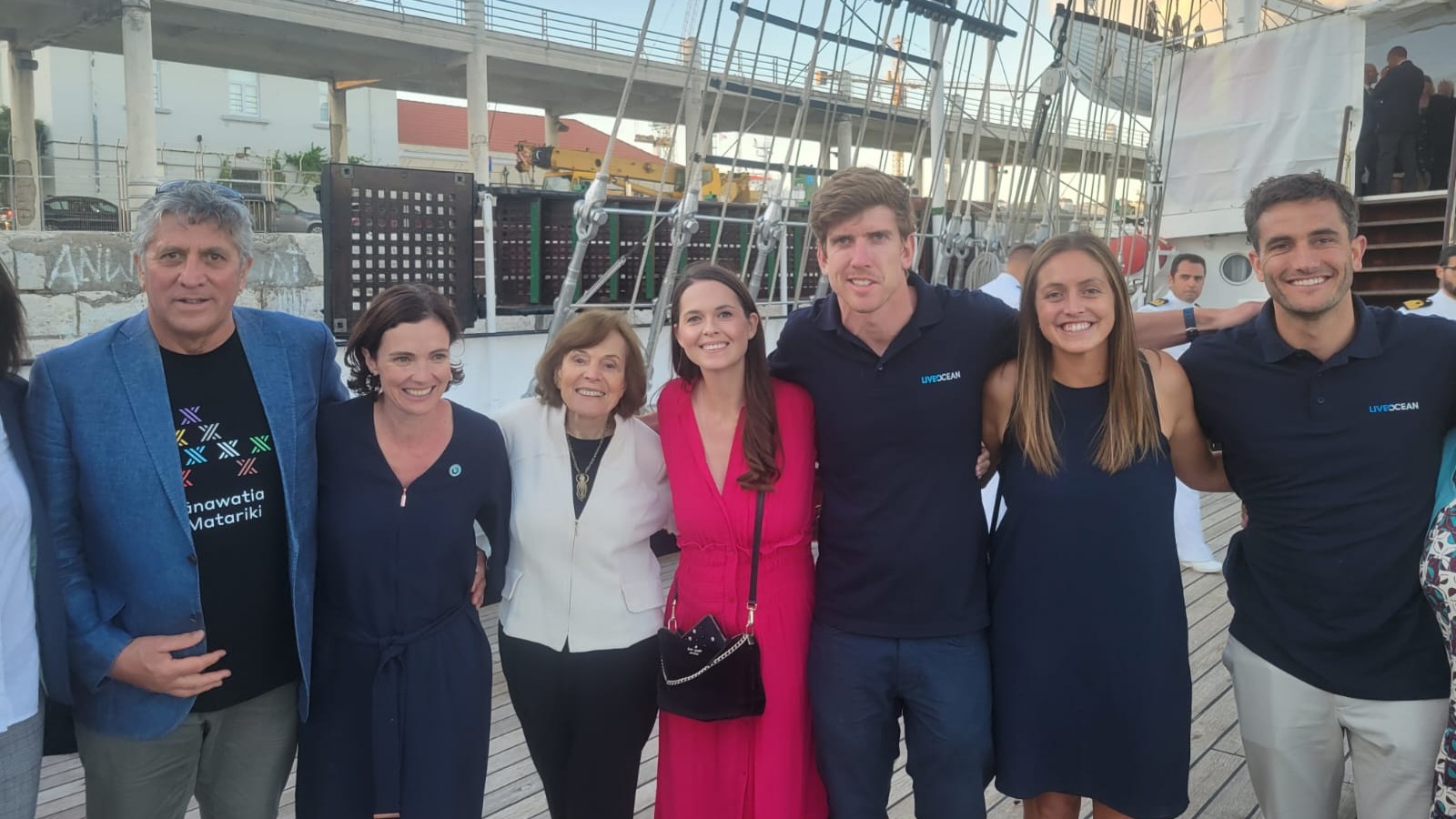 Burling and Tuke, together with the New Zealand SailGP team’s Race for the Future partner Live Ocean, presented a declaration signed by over 120 sports people and ocean communities committing to use their platforms to promote a healthy ocean. Named ‘Voices for a Healthy Ocean,’ the declaration was signed by many SailGP athletes, including US Driver Jimmy Spithill, Australia Driver Tom Slingsby, the Switzerland SailGP Team, Canada SailGP Team, Spain SailGP Team and Great Britain’s Hannah Mills.

Commitments made as part of the declaration include raising awareness of the need for greater ecosystem protection, sharing an integrated vision for all water and recognising the key role that science plays in recognising climate change. 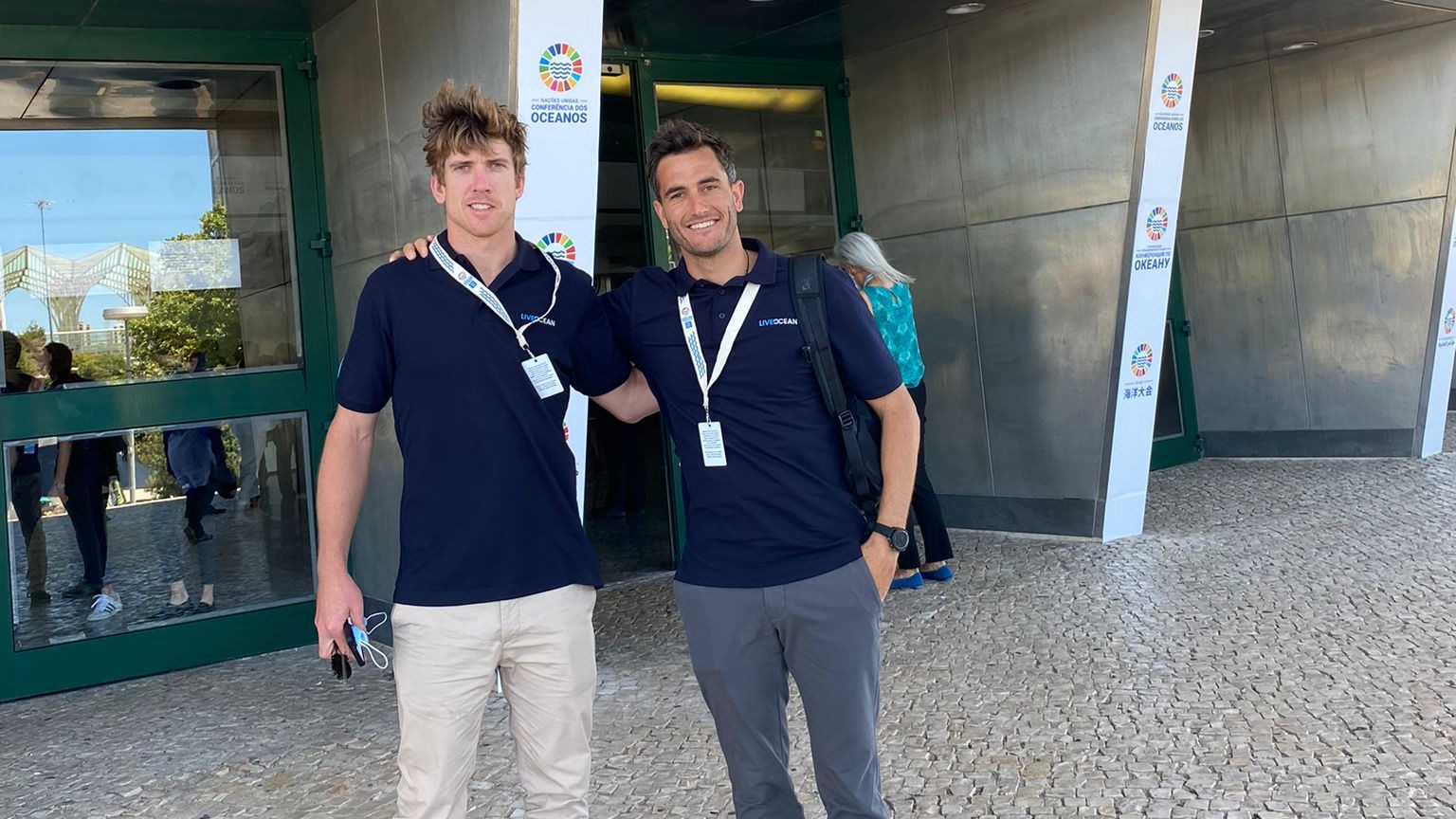 Speaking about the declaration, Tuke said: “Protecting and restoring the ocean is one of the biggest challenges of our time, with many of the issues the ocean faces out of sight. We are encouraging people to step up and use their voice to champion the ocean by starting conversations and sharing knowledge with their communities. We urgently need to change the trajectory for the health of the ocean.”

Live Ocean Foundation chief executive Sally Paterson added: “The science is clear the ocean is changing very rapidly but both attitudes and policy aren’t keeping pace. The people who have signed this declaration have platforms of their own to move this conversation forward with urgency and ambition.”

Elsewhere, Hannah Mills attended the conference on behalf of IOC and the Big Plastic Pledge. Mills spoke at an event called ‘Clean Seas Sports’ and discussed how the sport industry can engage governments and NGOs to more meaningfully address the plastic pollution problem. 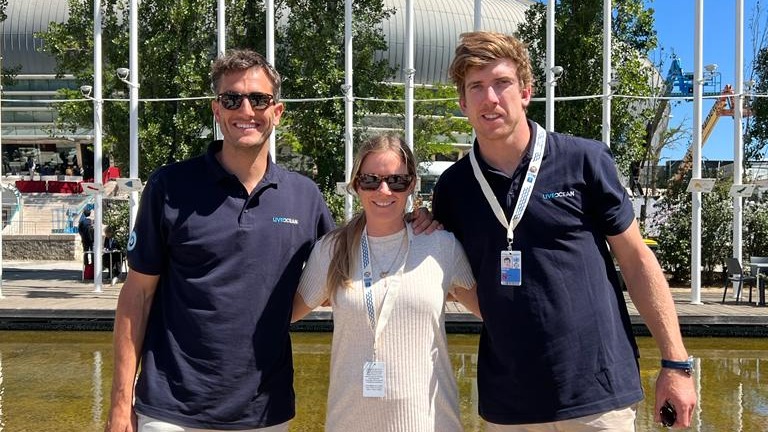 “It was a privilege to go to the UN Ocean Conference in Lisbon and speak on a panel for Clean Seas around the role of sport in the fight to protect our oceans,” said Mills. “It was great to catch up with Pete and Blair out there and see the great work they and Live Ocean are up to. A great example of athletes using their platform and opportunity to push for change on a global stage.”

Canada and Australia’s Race for the Future partners Parley For The Oceans and Ocean Wise also attended the event. Parley For The Oceans hosted an event on board the iconic tall ship NRP Sagres to sign agreements with the Portuguese Navy and Portuguese Ministry of Environment. Parley for the Oceans also launched a landmark project named Forests of the Sea that will protect and restore kelp forests around the world.

SailGP Director of Purpose and Impact Fiona Morgan said: “Seeing so many of our athletes as well as our teams’ Race For The Future partners coming together at the UN Ocean Conference and using their voices to champion action for a healthy ocean is incredibly inspiring and a real symbol of the league’s collaborative effort to protect our racetrack. Sport is built on competition but climate action can’t be, we must all work together for a better planet.”