SailGP commentators: “Pressure will be on Great Britain to trounce Australia on home waters”

The British team must be more aggressive off the start line to prevent a repeat of Australia’s triumph on British waters in Season 2, SailGP’s international commentators have said.

The Great Britain Sail Grand Prix | Plymouth gets underway on July 30 and 31, marking Ben Ainslie’s first home SailGP event since taking over as Driver in Season 2. Former Driver Dylan Fletcher took the helm in Cowes in Season 1 while a long-standing personal commitment saw Paul Goodison step in for Ainslie in Season 2. 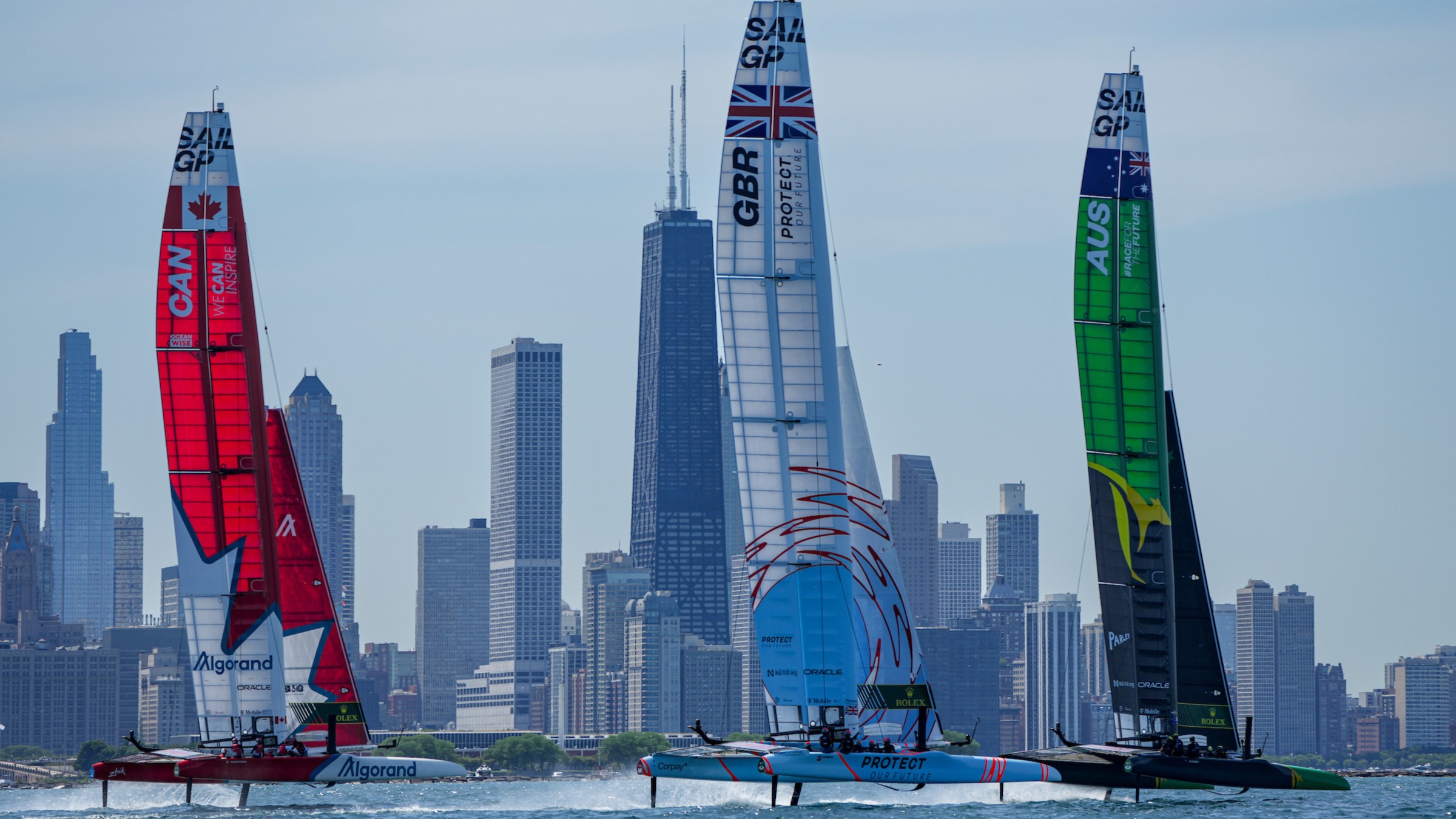 Now, Ainslie and the British team will be looking to build on their second and third place finishes in Bermuda and Chicago and finally overthrow Tom Slingsby’s dominant Australia, according to SailGP's commentators Stevie Morrison, Todd Harris, Emily Nagel and David 'Freddie' Carr.

“I think he really needs to beat Tom Slingsby,” said Morrison, “he hasn’t won against Australia since Bermuda in Season 2 so it’s starting to be a long time between meals”.

Todd Harris predicted that Ainslie will be ‘more aggressive’ in Plymouth, risking his more considered racing strategy seen in Bermuda and Chicago. 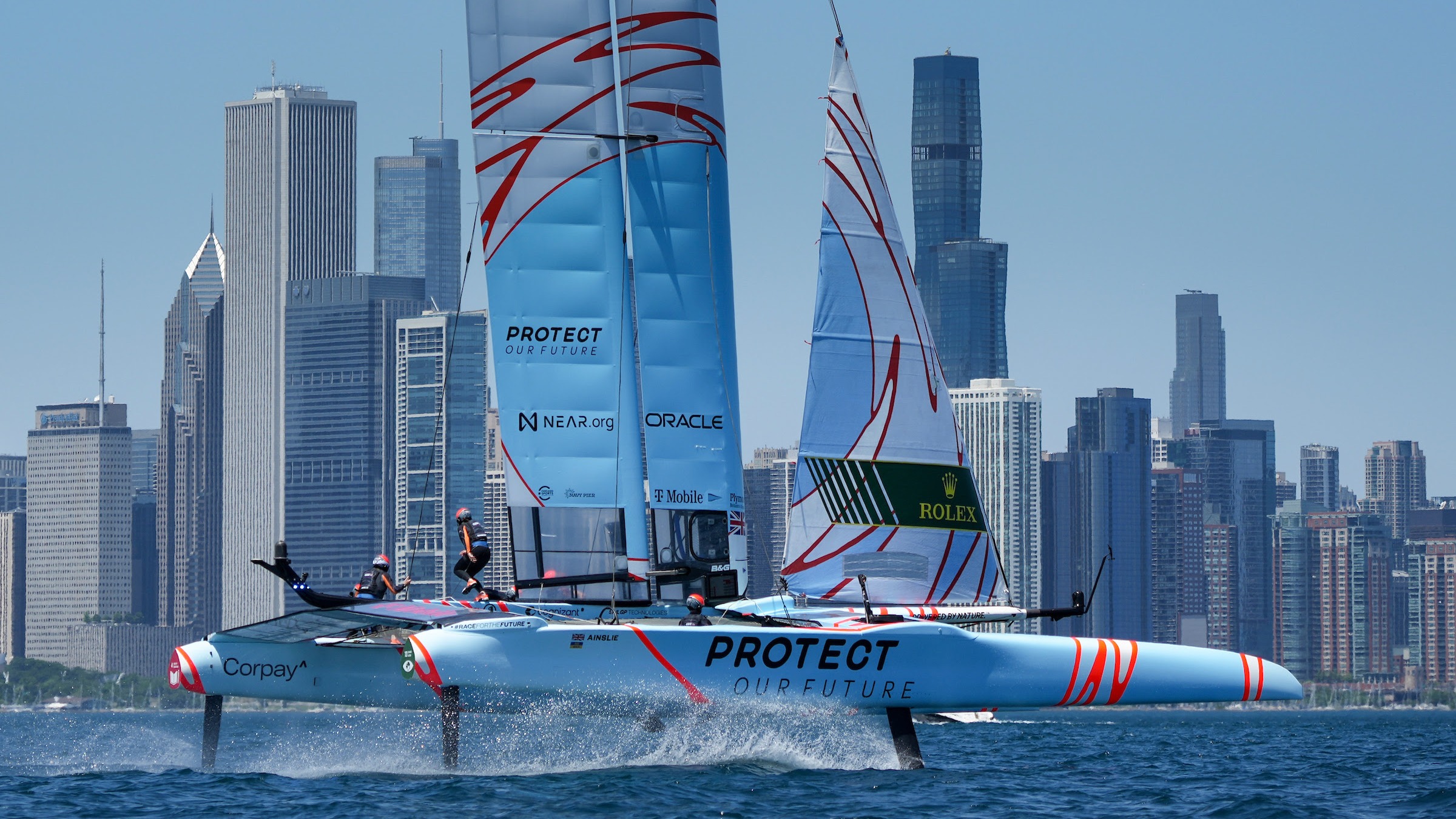 “He’s got to protect home waters,” Harris said. “I think in Plymouth he will want to take a chance - everyone will be wanting to see Sir Ben Ainslie in action and if you’re a Sir with five Olympic medals, you better bring it.”

Nagel meanwhile, who has sailed extensively in Plymouth, said the key would be to secure an aggressive start off the line.

“Plymouth is a small and shifty racecourse and you need to come off the line in an aggressive manner and get to mark one first,” she said. “There’s not a lot of room behind the starting box so the teams that come out all guns blazing are going to be strong.” 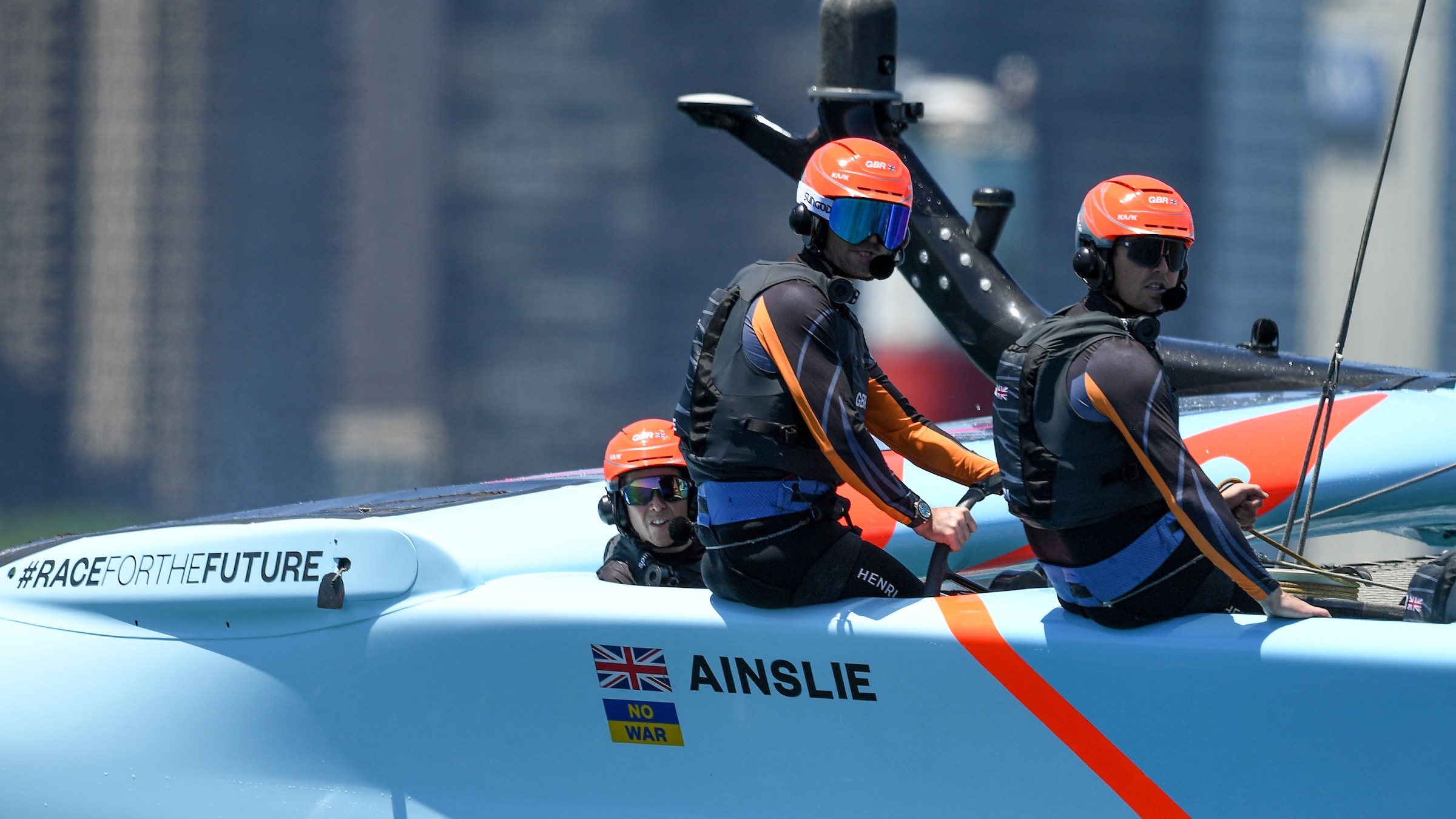 Carr disagreed that there will be any pressure on Ainslie’s team to perform in front of the home crowd.

“I’ve always been of the mindset that there’s pressure on you to perform if you’re doing badly in the series and they’re not doing badly - they’ve had two good events and they’ve been in both the finals therefore the pressure is off them,” he said.

He added that the team would ‘obviously like to do well and win the home event’, however ‘with the mindset of that crew, they won’t be heaping pressure on themselves just because they’re sailing in Plymouth.” 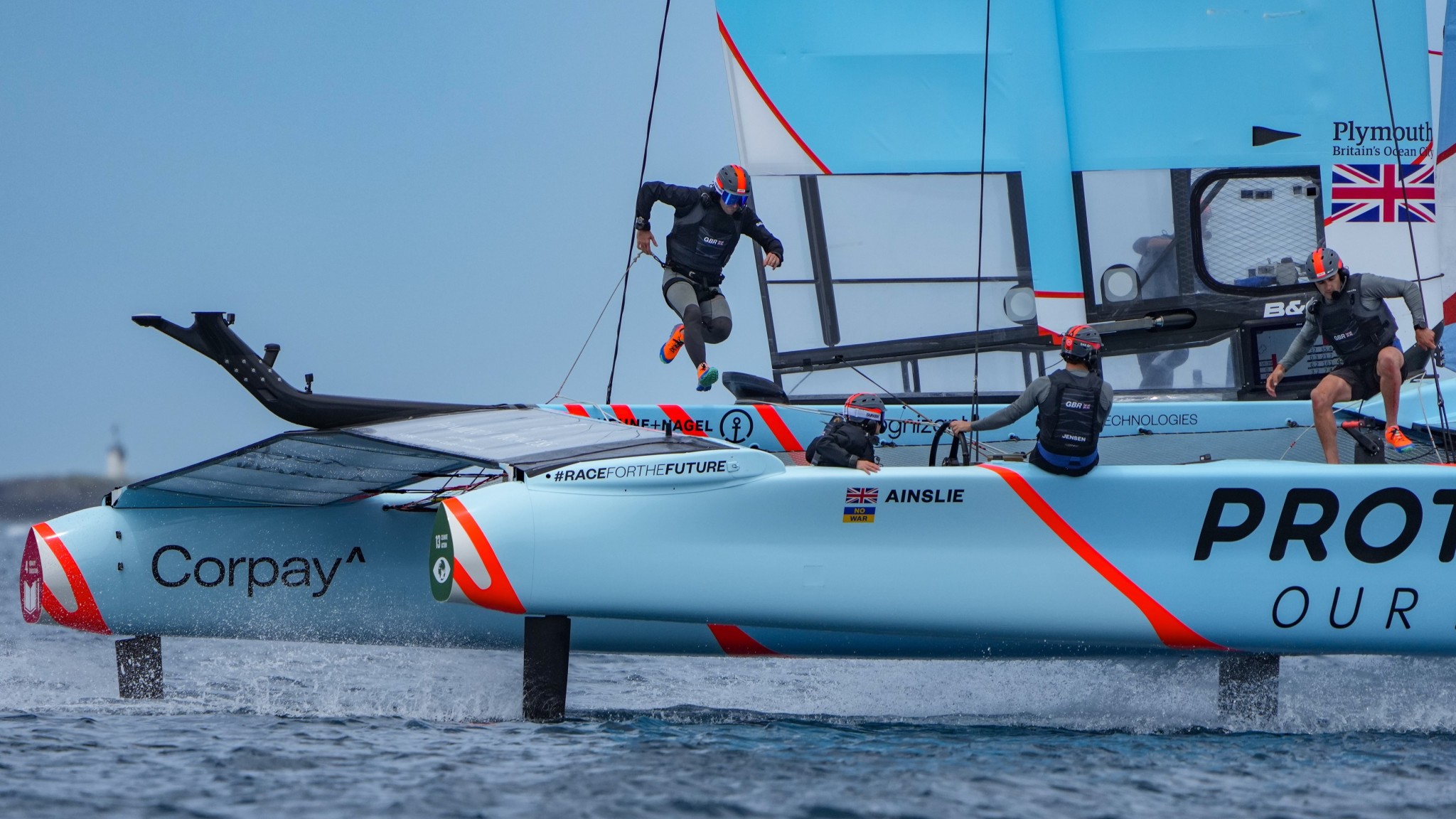 The iconic racecourse of Plymouth Sound presents numerous challenges to racing crews, Morrison said, with ‘gusty and shifty conditions’ combined with ‘a lot of tide’.

“There might not be gains and losses because of the tide but it makes the water more turbulent,” he said. “Together with the gusty conditions, it could make the boats harder to control.”

Nagel agreed: “There’s islands in the middle of the Sound and funny tidal patterns around there depending on where the racecourse is set”. 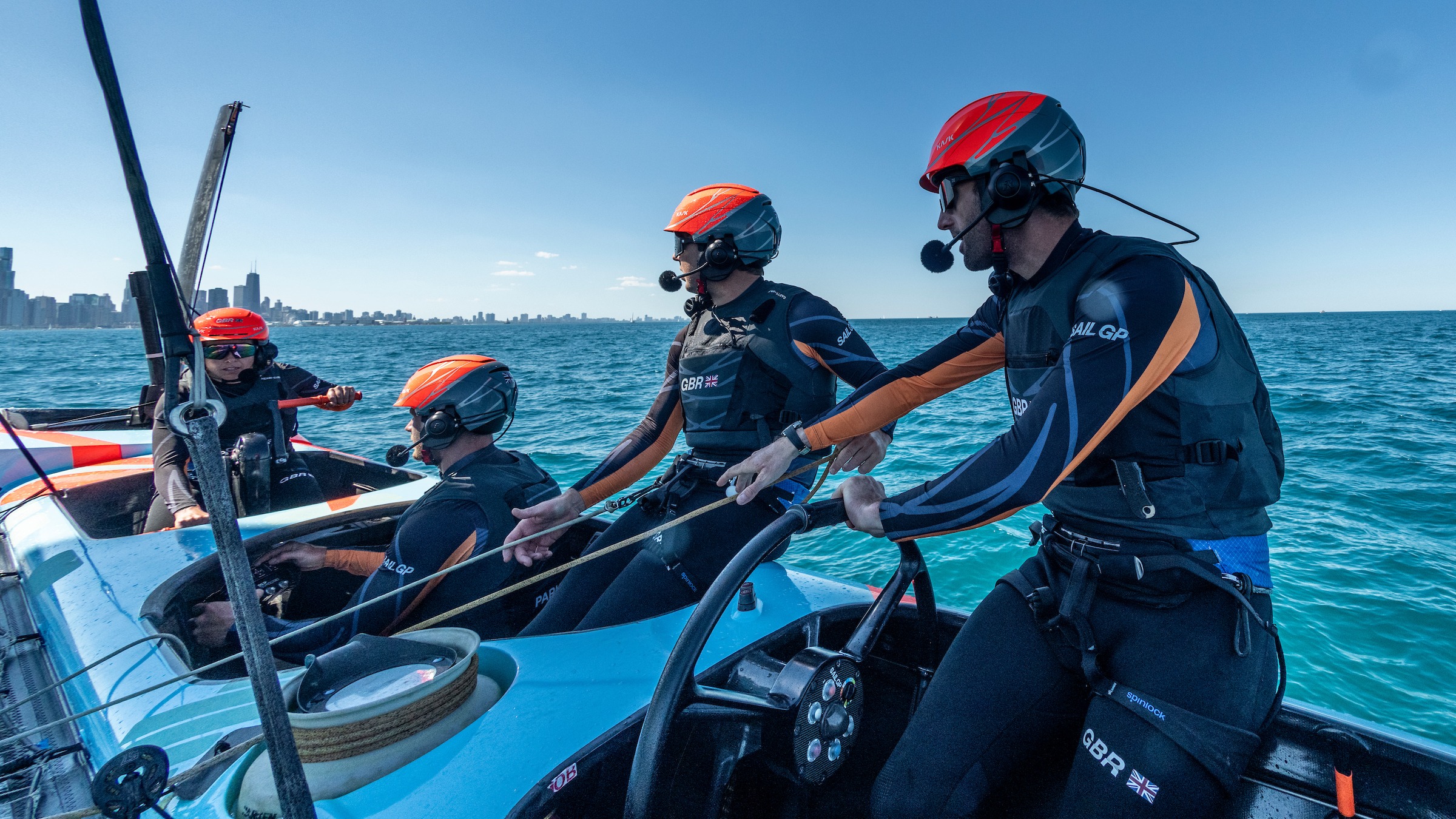 Depending on the wind condition, teams could experience ‘gusty and shift conditions but perfectly flat waters’ or ‘less shifty conditions and choppier conditions’.

All predicted a bumper crowd turnout to watch the racing from the amphitheatre of Plymouth Hoe.

“Brits absolutely love their sailing and their high octane sports and this ticks both those boxes,” said Carr. “It’s going to be a brilliant weekend.”