Sports team owners aren’t known for seeking the spotlight, with most preferring to shy away from the attention of their teams. But after the first two events of Season 3, it is clear that Canada’s Fred Pye is not one of those owners.

Pye, who is described as an ‘out-there character’ by Canada Driver Phil Robertson, burst onto the SailGP scene with an energy matching the performance of his team on the water. Ahead of the Great Britain Sail Grand Prix | Plymouth, SailGP.com catches up with Pye to discuss why he invested in the Canada SailGP Team and his vision for the team.

With all his passion for the sport, it’s hard to believe Pye only heard of SailGP for the first time last year. During one of his philanthropic efforts to get more Canadian kids into WASZP sailing, Olympian Tyler Bjorn told Pye he was doing something similar to SailGP’s Inspire program. “I said - ‘well, what’s SailGP?’,” Pye recalls. 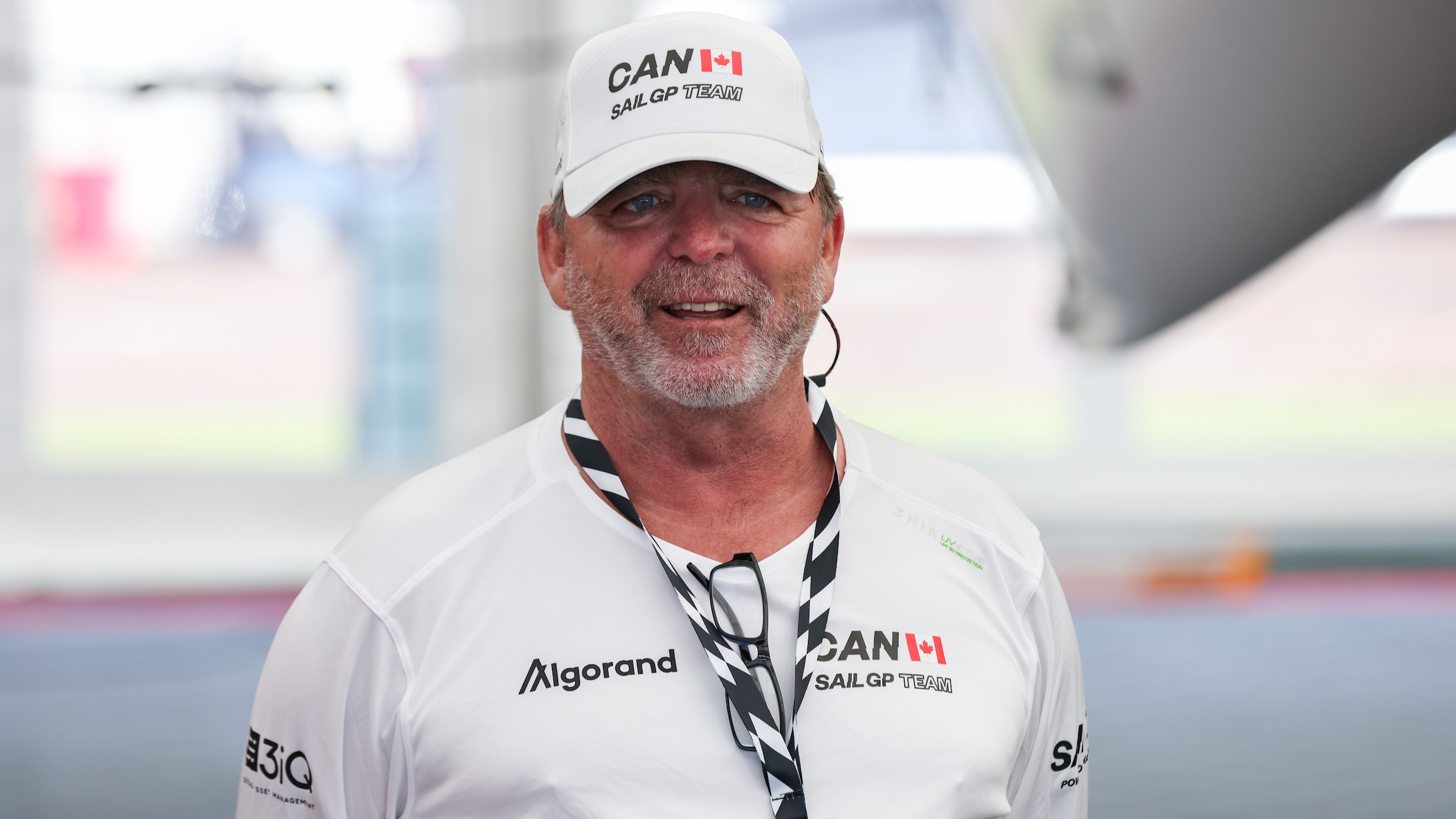 The next thing he knew, Pye had spent the weekend ‘binge-watching’ past races before booking his ticket to the Season 2 Great Britain Sail Grand Prix in Plymouth where he first floated the idea of a Canadian team entering the league. He followed the league to Saint Tropez and then onto Cadiz, by which time he was already deep in negotiations. Just a month later, the team - the second self-funded franchise to enter the league - was officially confirmed.

Many people might try out a new sport, or binge-watch it on YouTube or even join a team, but not many go the extra mile and buy a franchise. However, Pye’s motivation is clear. For him, the Canada SailGP Team is fundamental to the story he wants to leave behind. “As a family, we want to leave a legacy of rejuvenating the sport in Canada and getting people watching it on TV,” Pye says. He points to the former heydays of sailing in Canada before many yacht clubs were forced to close down amid financial difficulties. Even now, Pye says, the country’s sailing budget falls woefully short. “Somebody’s got to make up that funding gap if we’re going to take podium spots in the Olympics,” he says. 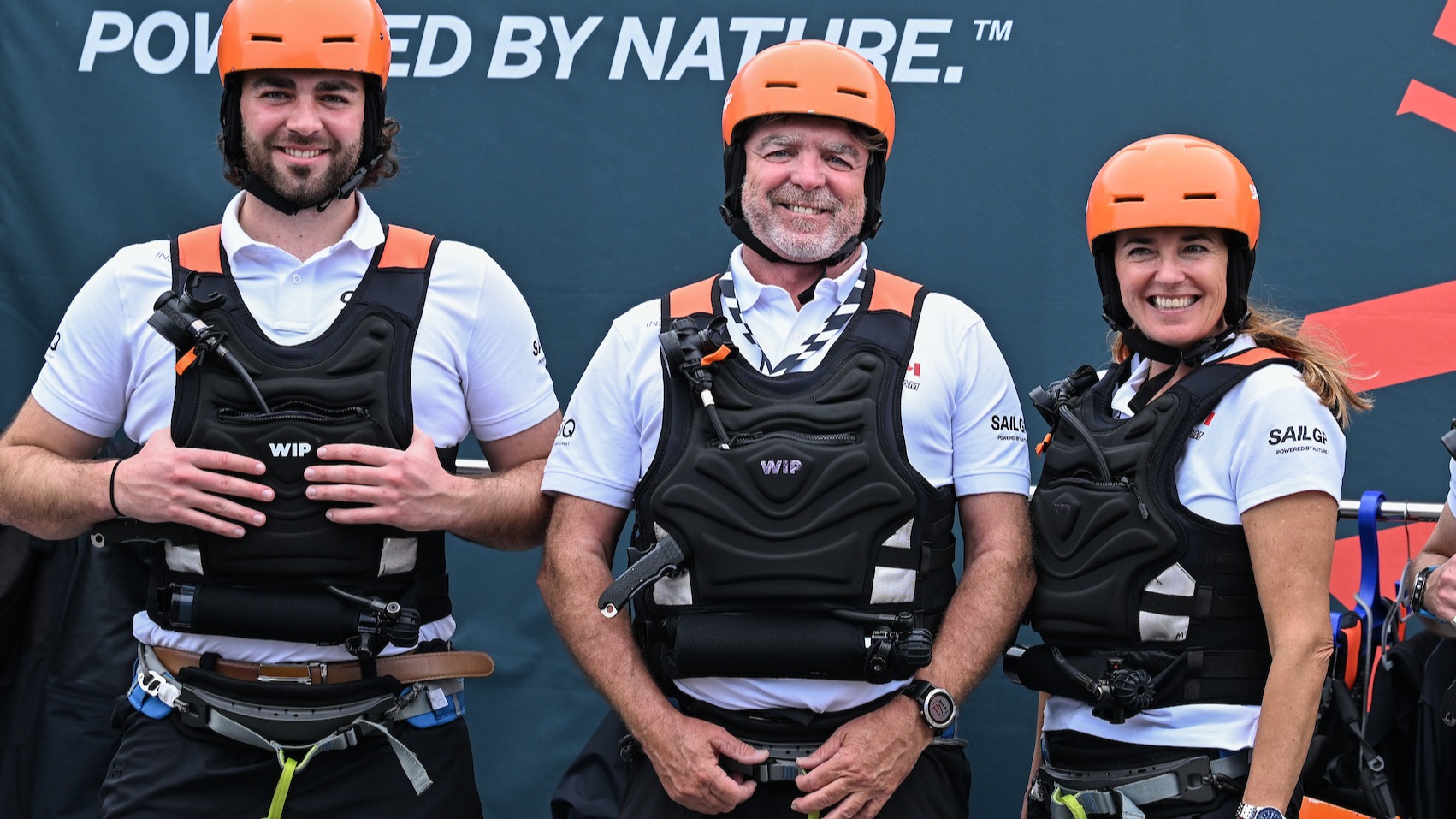 So far, Pye’s vision is coming true. The response to the Canadian team hitting the racetrack has been almost euphoric and it’s hard to ignore the sea of Canadian flags clutched by spectators at every event. “The buzz around the team has been incredible,” Pye says, “we now have a kind of cult following in Canada.” But it’s not just the sailing community which is responding. “People who know nothing about sailing are watching and cheering and arguing with the umpires and they don’t even know the rules,” he says. “It’s been fun watching people from outside the sport really embrace the product.” 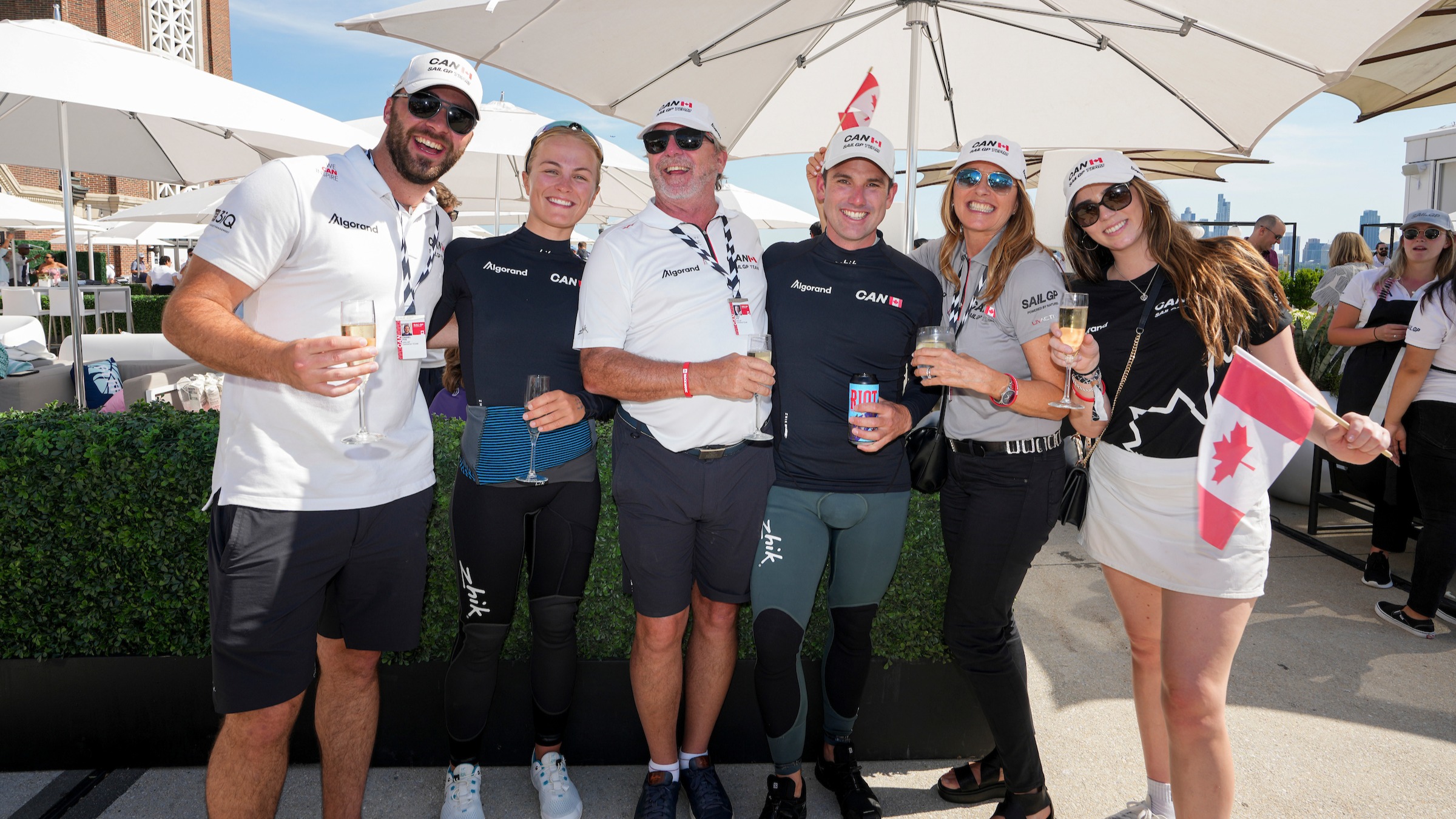 Professionally, Pye has forged a successful career in digital asset management and is currently the chairman and CEO of 3iQ, the logo of which adorns the Canadian F50. So what links the world of digital currencies to the supercharged circuit of SailGP? The common ground, Pye says, is that he has ‘always been an entrepreneur’. He therefore wasted no time in applying his business expertise to the formation and operation of the team. As the first two self-funded franchise teams to enter the league, both Canada and Switzerland are treading new ground. But, it was never Pye’s intention to run the team as a one-person operation. “At the beginning, we talked about how we were going to structure it and how do we lower the risk from one person being responsible for all operations and costs”. 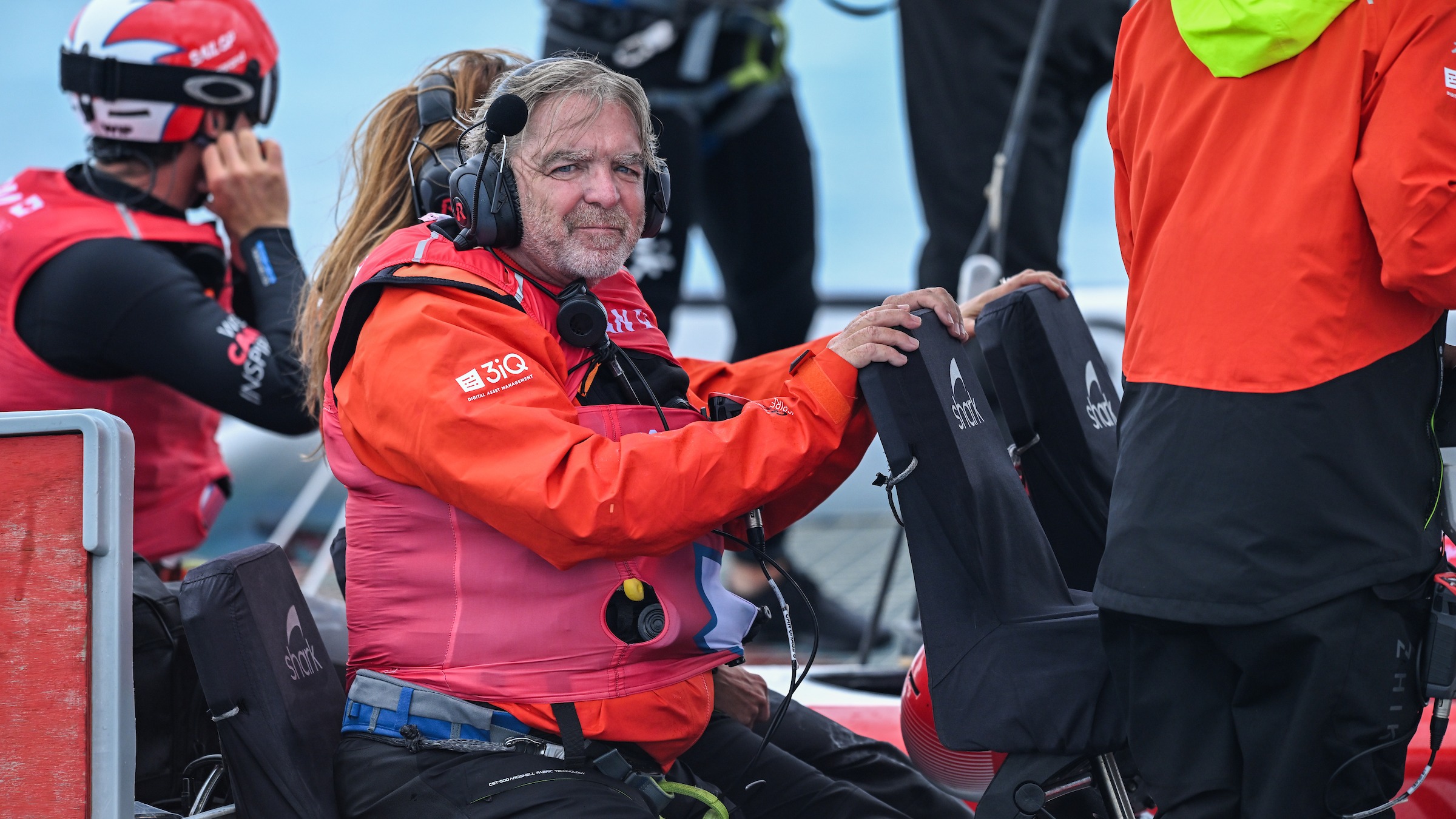 The entrance of Driver Phil Robertson and CEO Jean-Sébastien Chénier Proteau were crucial. “As soon as we had them on board, I felt I could step away and they could run the business,” Pye says. With Robertson and Chénier Proteau overseeing the day to day operation of the team, Pye’s involvement was streamlined.

“My job is to make sure we have a big enough pipeline of sponsors,” he says. And so far, so good. Pye is already working with potential sponsors planning to commit for 2023, while also securing further sponsors for the end of 2022. Before now, Pye says, there ‘hasn’t necessarily been a big incentive for teams to independently go out and get individual sponsors’ but he hopes Canada’s example will change that. Pye has also introduced a ‘limited partnership structure’, which involves ‘vending off’ portions of the team to interested parties keen to support. So far, the team has 22 different shareholders, which include a professional ice hockey player and the NFL football player Laurent Duvernay Tardiff. The hope, he says, is that Canada’s example will pave the way for independently-funded teams entering the league in the future, as well as existing teams. “My number one objective is not only seeing Canada fully funded but seeing all teams fully funded,” Pye says. “We know there are a number of other teams looking at our business model so everybody wins if Canada succeeds.” 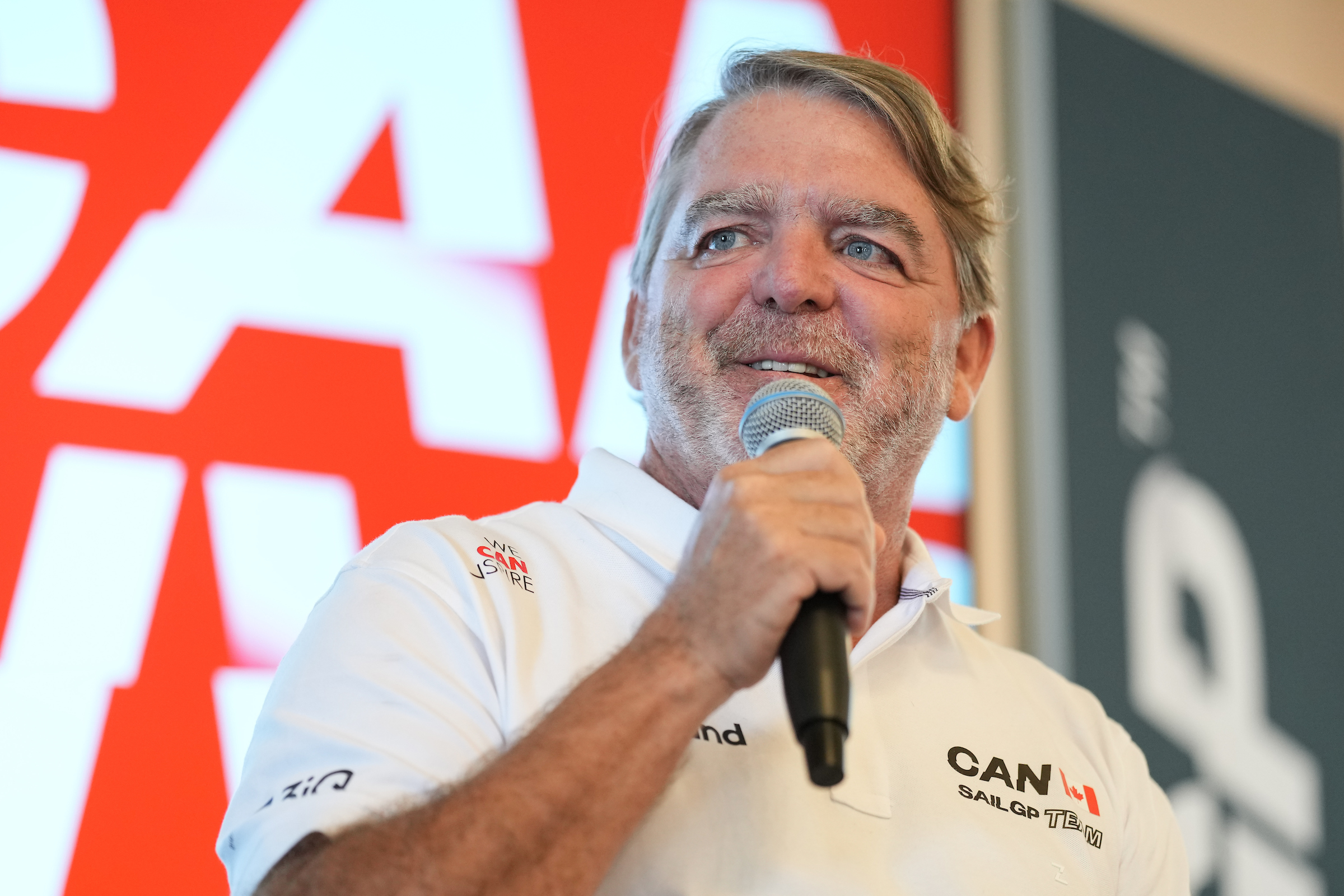 When it came to building the team, Pye started with Robertson. The pair first met at Season 2's Great Britain Sail Grand Prix and ‘hit it off straight away’. Pye was impressed with Robertson’s track record of training up new teams after leading China in Season 1 and Spain in Season 2. “One of the reasons we really like Phil is because he’s trained two separate teams in two different languages,” Pye says.

Once Robertson was confirmed in the driver’s seat, ‘great Canadian sailors came out of the woodwork,” Pye says. He points to the fresh talent of flight controller Billy Gooderham who ‘had never been on an F50 three months ago.’ “Now we’re flying the boat as high and long as most of the other teams’. He also highlights the experience of grinder Jareese Finch, who has ‘worked with pretty much every major sailing team around the world’ and has become ‘a big part of the heart and soul of the team’, while strategist Georgia Lewin-LaFrance is crucial in ‘keeping everyone calm on the boat’. Elsewhere, strategist Isabella Bertold has taken the reins as the team's sustainability advisor and is heading up the team's Impact League performance. Bertold is a passionate advocate for the powerful impact sport can have in accelerating sustainability and purpose and the team have had a strong start, currently sitting in third overall after two events. “This team listens hard and works hard,” Pye says. “It’s been really exciting to see the team gel together - way more than I expected”. 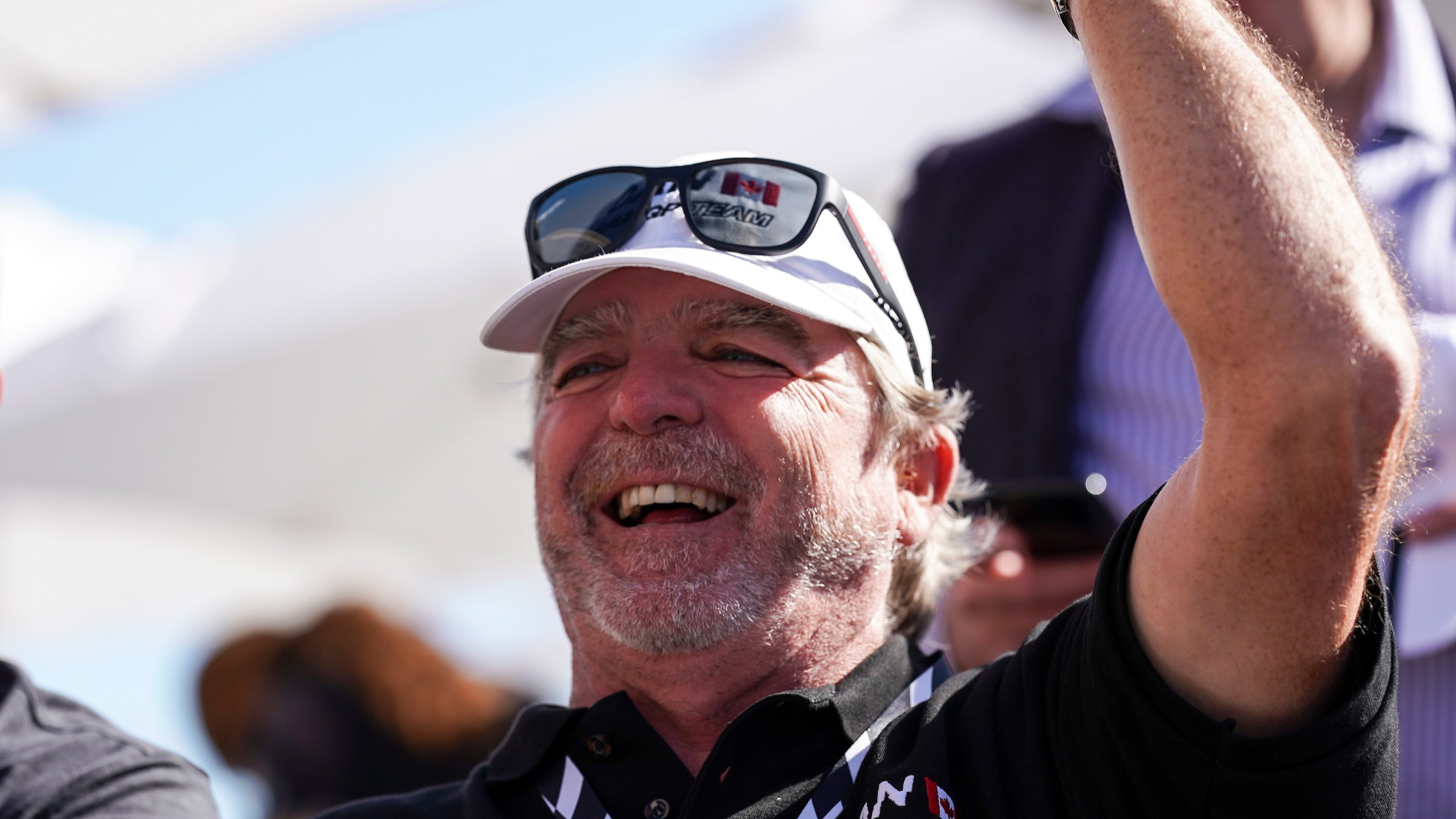 Alongside the homegrown Canadian talent, the team has also become an adoptive home for former Japan wing trimmer Chris Draper. Pye compliments Draper's ‘expertise and knowledge’, which he has been ‘sharing and teaching’ the rest of the team. “We’ve got a team that is growing in depth and expertise so as long as we can keep Chris as part of our team, we’re happy to have him,” he says.

Canada’s entrance onto the SailGP racecourse dumbfounded many spectators, with the team securing podium finishes in both Bermuda and Chicago. Heading into the Great Britain Sail Grand Prix, the team sit tied in joint second place with Great Britain on the Championship leaderboard. It was during practice racing in Bermuda that Pye realised ‘we were going to be in there’. One of the things that impresses him most is Robertson’s ability to sail through the fleet. 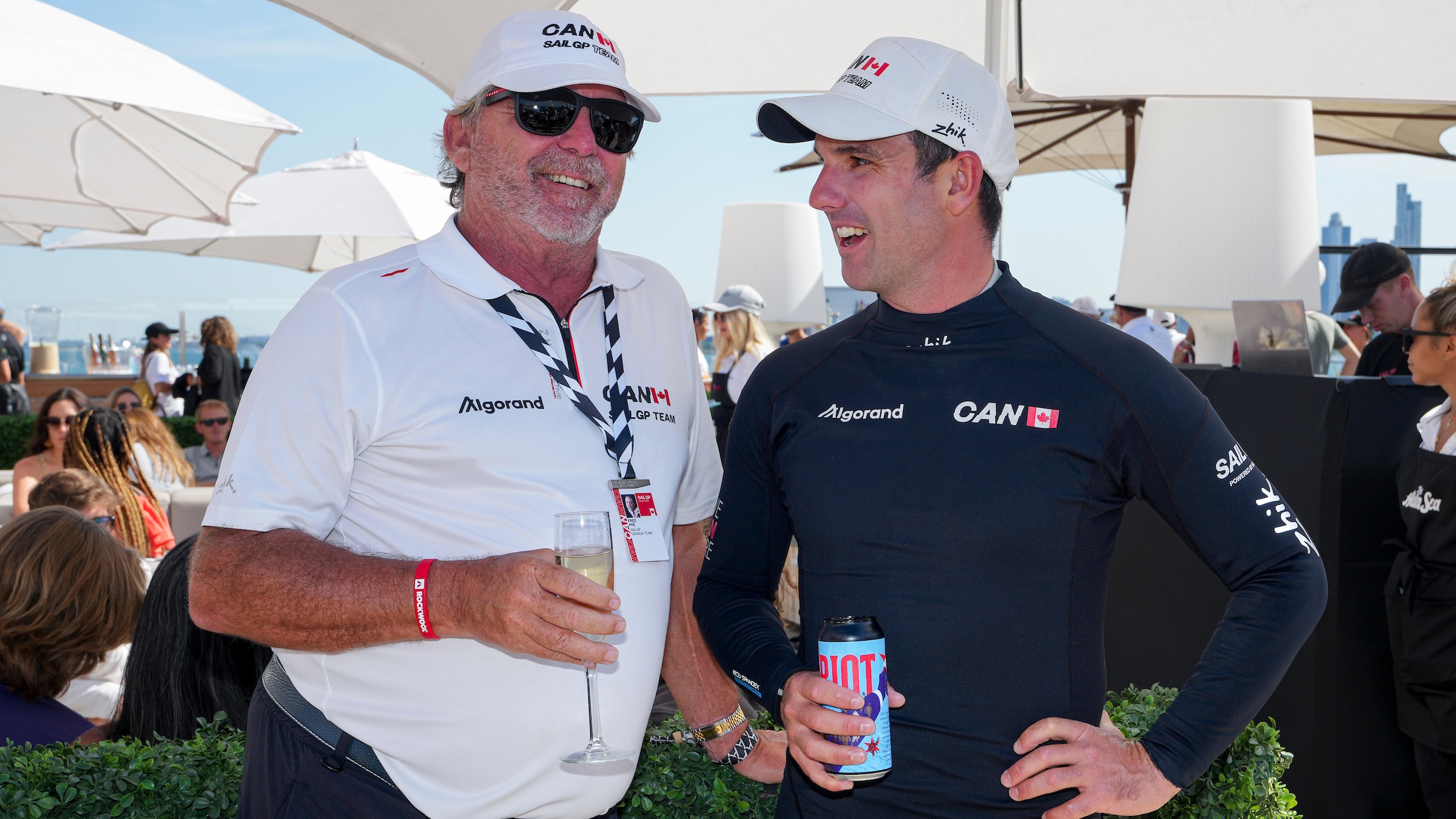 “We had a couple of penalties in Bermuda and Phil always fought to get right back up to the front again.” It was a play repeated in Chicago, during which Canada fought back from eighth in the first fleet race to secure a place in the finals. “Climbing your way up that field is very tough - you’ve got 14 minutes to catch eight other boats,” Pye says. Looking ahead to the rest of the season and beyond, Pye is nothing but optimistic. “The teams are all working to take this to another level and what we’ve seen in early Season 3 shows that there’s nothing but good things ahead of Seasons 4 and 5.”