SailGP Season 4: Bigger, bolder and better than ever

The fourth season of SailGP, the purpose-driven global racing championship, will deliver more events than ever as the league’s season-on-season expansion continues at impressive pace. SailGP’s national teams will compete around the world with the aim to reach fourteen events – nearly triple the number of events seen in Season 1 – in a bumper season that will span 14 months.

SailGP Season 4 will launch in spectacular fashion in Chicago on June 17-18, 2023, in a city where this summer crowds packed onto Navy Pier for an extremely successful Season 3 edition of the T-Mobile United States Sail Grand Prix. That event will be followed by a northern hemisphere Summer sweep across Europe, featuring a return to fan-favorite Season 2 location Taranto, Southern Italy, on September 23-24 and a third visit for the league to Cádiz in Andalucía, for the Spain Sail Grand Prix on October 14-15. 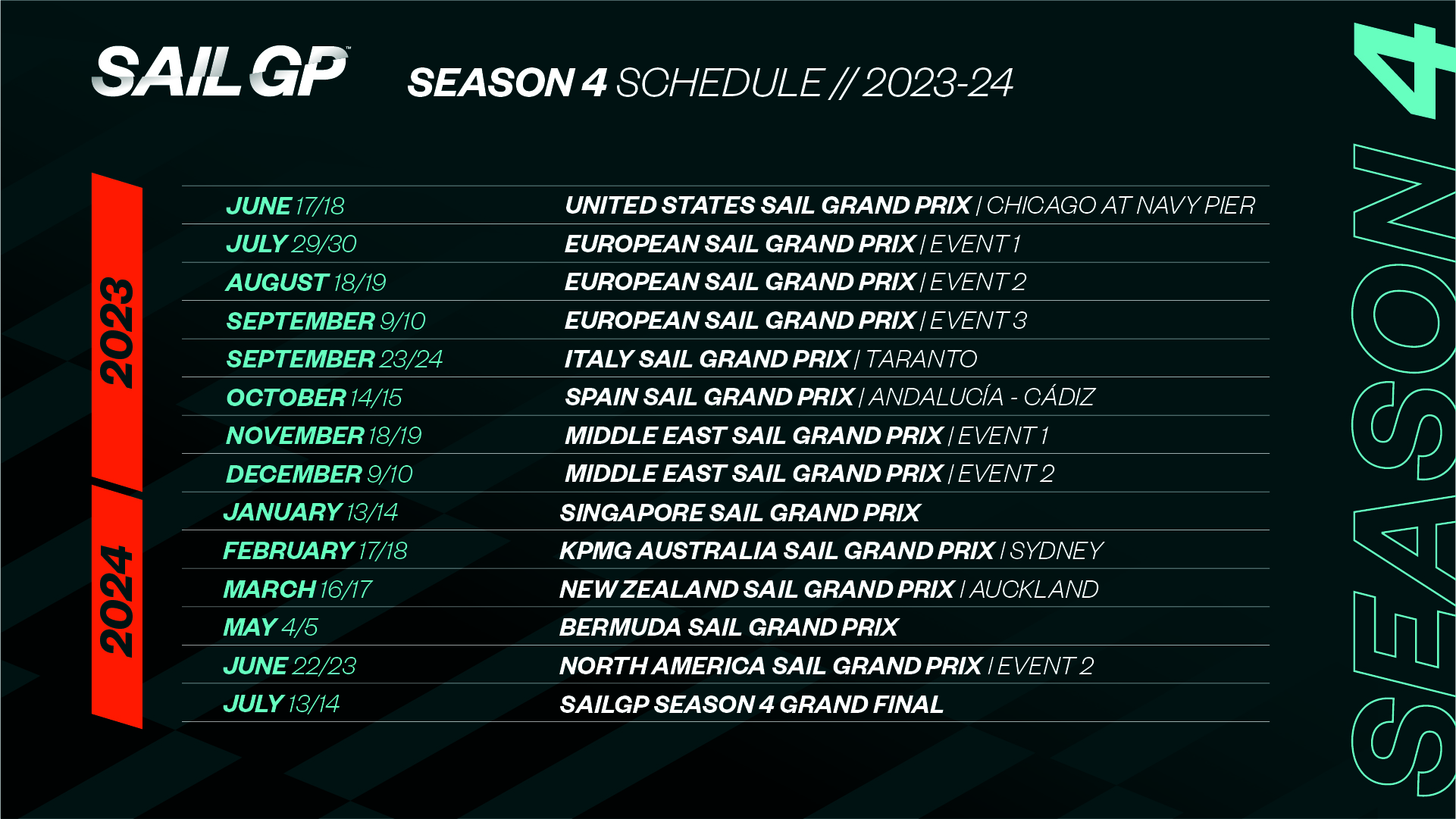 After the planned five events in Europe, the league will head to the Middle East before going on to Asia, where the second edition of the Singapore Sail Grand Prix will take place on January 13-14, 2024.

Sydney will then host SailGP for a record fifth time as the KPMG Australia Sail Grand Prix takes place on February 17-18, 2024 before the league heads to New Zealand. In Season 4, the action switches from Christchurch to Auckland as part of a four-season, alternating multi-city hosting arrangement and Auckland will play host on March 16-17.

SailGP Season 4 will then finish back in the northern hemisphere, stopping for the Bermuda Sail Grand Prix on May 4-5 before a further two North America events, including a potential first home event for the Canada SailGP Team following the launch of a competitive bid process earlier this year. The season will finish July 13-14, 2024, and culminate with the Grand Final in the United States. 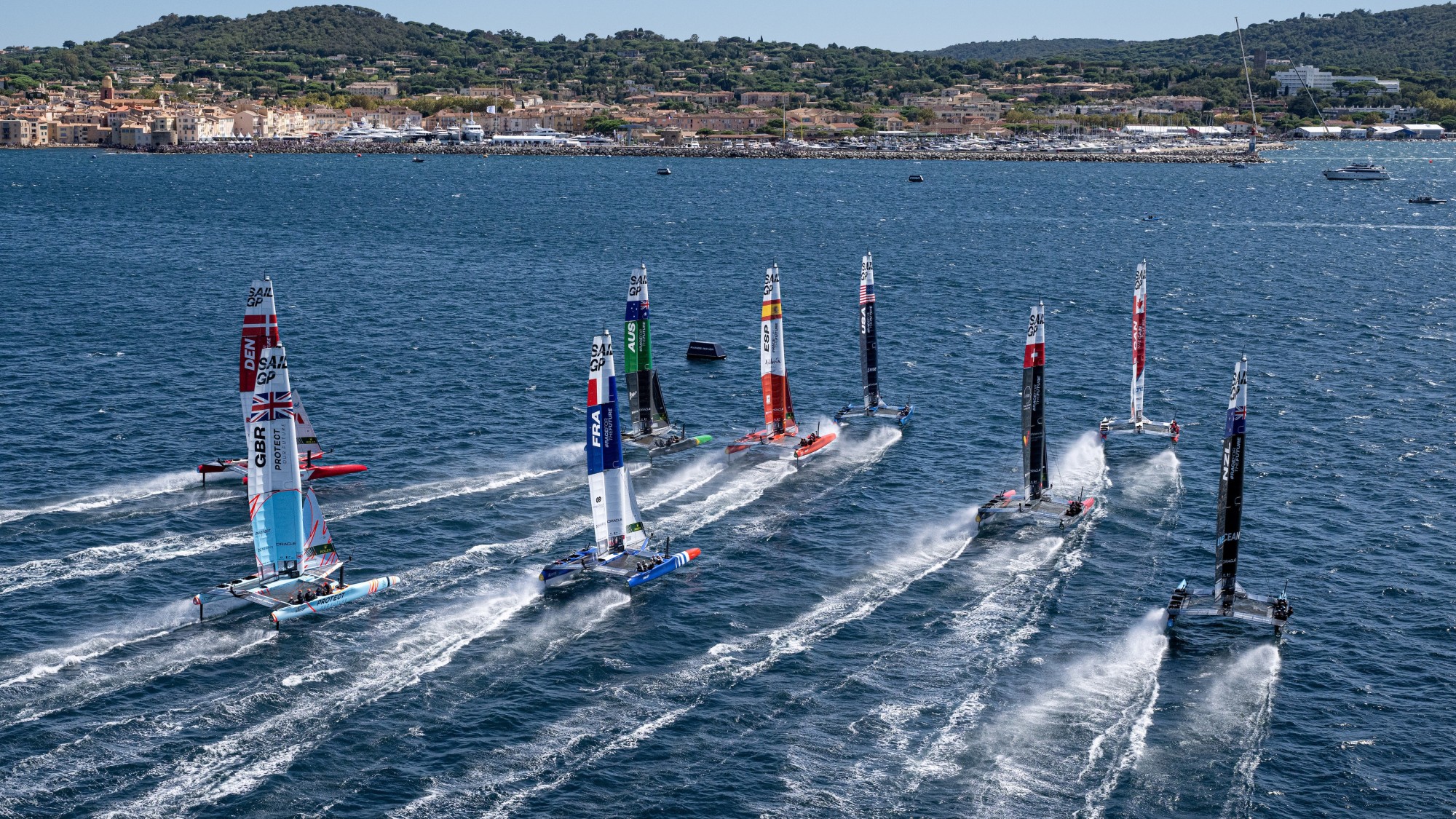 SailGP Co-founder and CEO Russell Coutts said: “Halfway through our Season 3 calendar, we are delighted to be sufficiently advanced with our venue procurement process to announce our Season 4 schedule. With the aim to have fourteen events and an impressive list of some of the world's most iconic cities and destinations, SailGP continues its rapid expansion.

“We believe we now have a really compelling sporting calendar and i’m extremely proud to see us returning to many of our existing venues for this season – highlighting the strong commercial demand for our events around the world with our existing host cities and title partners recognizing the benefits SailGP brings – as well as welcoming some new cities and partners as part of our extended Season 4 calendar.”

Many of the cities returning for Season 4 do so as part of multi-year deals, highlighting the growing level of commercial confidence in the global league after only two and a half seasons into its existence on the sporting calendar. Further cities in the Season 4 calendar will be announced in the coming months.

Purpose and Impact continues to be a strong focus for the global league and Season 4 will mark the third edition of SailGP’s pioneering Impact League, the championship’s second podium for the planet. Won by the New Zealand SailGP Team in Season 2, the Impact League is currently being fiercely contested by all teams in a tight Season 3 championship. 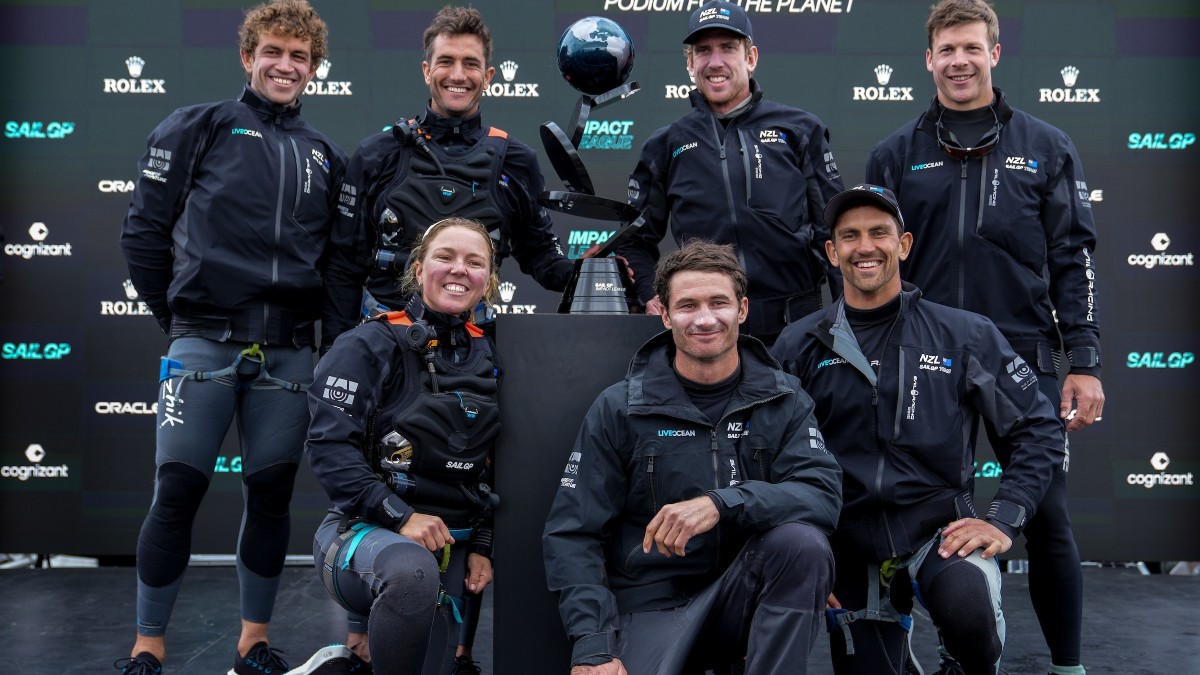 Season 4 will also see the continuation of SailGP’s Women’s Pathway, which aims to fast-track the training and development of female athletes with the goal of creating an inclusive sporting championship that has gender equity. In addition, SailGP's community outreach program Inspire and its three pillars – Learning, Careers and Racing – will continue to expand and ensure SailGP has a positive impact in each of the venues where it races in Season 4.

Now at the halfway mark, SailGP Season 3 continues later next week in Andalucía - Cádiz for the NEAR Spain Sail Grand Prix, before heading to the Middle East for the Dubai Sail Grand Prix presented by P&O Marinas on November 12-13 at Mina Rashid, to complete 2022. 2023 will see the league head to Singapore, Sydney and Christchurch before the Grand Final in San Francisco in May.