Season 2 has been a hugely successful campaign for SailGP, as we made history by introducing our Women’s Pathway Program athletes into our crews to reach another milestone on our road to creating a more inclusive championship.

SailGP introduced the WPP at the start of the campaign as part of our better sport strategy to promote inclusion, inspire change and provide opportunities across all levels of the sport, and the expansion of F50 crews to six members ahead of October’s Spain Sail Grand Prix made our WPP stars key figures in their respective teams.

We have some truly inspiring female athletes in our global championship, and to celebrate International Women’s Day 2022, SailGP.com takes a look at those empowering and amazing women who inspire all of us.

2021 was quite the year for Great Britain’s Hannah Mills. A successful Tokyo Olympics - winning gold in the 470 class with Eilidh McIntyre - was followed up by debuting on the F50 at the Spain Sail Grand Prix in Cadiz. And then, as her crowning achievement, Mills was named female Rolex World Sailor of the Year - along with her Olympic partner McIntyre - in December to cap off an amazing 12 months.

"I am completely blown away," said Mills, who is now a two-time Olympic and two-time world champion in the 470 class. "The line up this year was absolutely incredible. I feel privileged to be a female in sailing right now, there are so many opportunities out there. I really hope to be a part of forging the pathway for female sailors of today and for the future."

It’s fair to say Mills is forging that pathway - and she’s winning a load of silverware while she does it!

Earlier this season, SailGP made the historic move to expand our crews to six people to ensure one Women’s Pathway Program athlete would be onboard each F50 for every race. This rule change was introduced ahead of the Spain Sail Grand Prix and, as Australia won the Cadiz event, this meant Nina Curtis made history as the first ever female athlete to win a SailGP event.

Curtis was lauded by Aussie Driver Tom Slingsby ahead of racing, and she proved her worth on the water as the team beat the United States and Great Britain in the three-team Final to ensure Curtis’ name will go down in SailGP folklore.

As of today, Curtis also happens to remain the only female to win a SailGP event, as she was also onboard the Aussie F50 when they won their home Sydney event in December.

It’s clear that, right now, Nina is the one to beat! 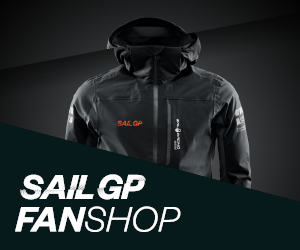 Joining the Denmark SailGP Team ahead of Season 2, Anne-Marie Rindom took a break from SailGP in the middle of the campaign to represent her country at the Tokyo Olympics. And it was a wise decision by the 30-year-old, as she won her first ever Olympic gold medal in the Laser Radial class, beating Josefin Olsson and Marit Bouwmeester to the top prize.

She then made her SailGP debut at the Australia Sail Grand Prix in Sydney just before Christmas, as the Danes finished sixth overall.

The focus for Denmark this season - their debut campaign in SailGP - has been to get up to speed with the F50 ahead of a renewed push for silverware in Season 3. There is no doubt that Golden Girl Rindom will be key to any success the Danes achieve over the next few years.

Great Britain’s Hannah Diamond, who joined SailGP in 2020, currently acts as a strategist onboard the British F50. Situated at the back of the boat, she has a great overview of the course and what other boats are doing, and relays that information back to Driver Ben Ainslie to help him make his tactical decisions around the race course.

During school, Diamond was interested in Physiology and Biology, and she studied Sport Science as her undergraduate before getting a Masters in Sports Medicine. With a keen interest in STEM subjects, she is now using all her knowledge to drive Great Britain to greater heights.

Speaking earlier this year, Diamond said: “I didn’t realise how much of a role STEM played in sailing. We are using maths and physics to rig up the boats, on the water, and while analysing the data that comes off the F50 from racing. Being able to use my STEM knowledge from school has allowed me to better understand this data, and what we are doing on the water. Using physics, maths and technology is an everyday occurrence at SailGP. My STEM education has helped me understand that the technical preparations of the boat are equally as important as physical and mental preparations as an athlete. We are using maths all the time, even when we don’t realise it.”

In a history-making season for SailGP, it was CJ Perez who broke multiple records when she debuted with the United States team in Cadiz. The Honolulu native, who started sailing at the age of 13, turned 18 just in time to feature at the Spain Sail Grand Prix in October - becoming both the first American woman, and also the youngest ever person, to race in SailGP. She is also SailGP’s first ever Latina athlete, and it’s fair to say Perez is making waves throughout the competition.

And it’s not only in SailGP that Perez wants to make a difference, but in the sport of sailing as a whole.

Speaking about the kind of boat clubs where she began competing, Perez said: “You didn’t see many people who came from communities of color; you didn’t see lots of females. So that kind of lack of representation is a huge problem, and it’s hard for a person like myself to kind of see themselves achieving at the highest levels of the sport if there’s no representation.

“Everyone should have the opportunity to experience this sport and have a shot at pursuing it to the highest level. We have this opportunity right now, with foiling. It’s just such a new form of sailing - it’s totally different than the standard concept of sailing. We can create a new face of sailing.”