Since entering the SailGP league in December 2019, Denmark has built itself into a level-headed, tenacious and driven team with no egos and no rockstars.

Under the leadership of driver and multi round-the-world sailor Nicolai Sehested, the team used its first season to get its feet under the table. It remained consistent throughout, with fifth, sixth and fourth place finishes, resulting in sixth place on overall on the Championship leaderboard. But Season 3 has signalled a key change for Sehested’s team, which entered the season with a renewed energy and steely determination to prove itself as a serious contender for the podium. 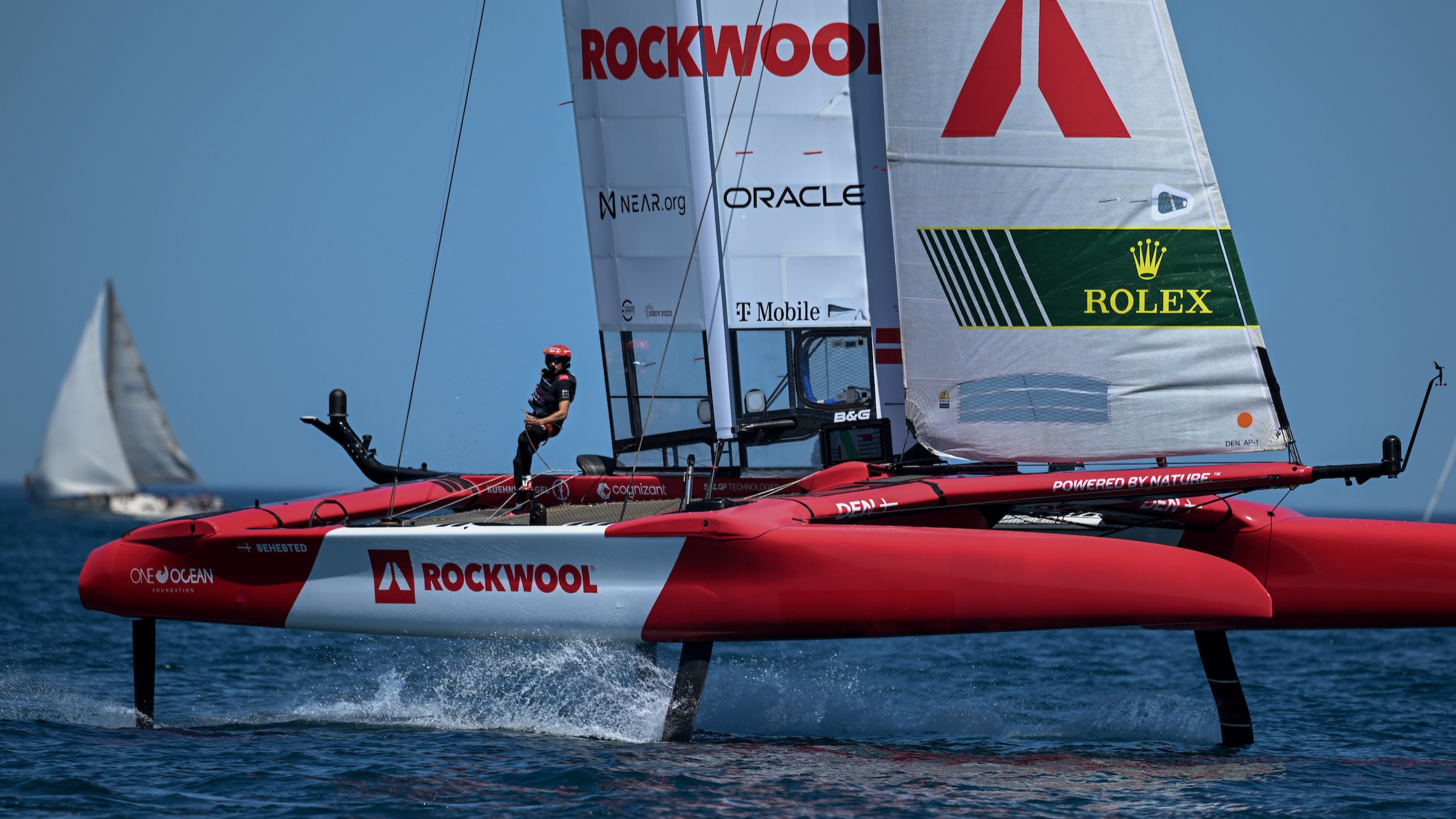 So far, the team has finished fourth in Bermuda and sixth in Chicago. But the real breakthrough was in Plymouth, when it squeezed into the Final ahead of Great Britain to finish third overall. Sehested describes this as a ‘frustrating result’ that left him ‘sour’. Denmark led for much of the Final before being overtaken by New Zealand and slipping behind Australia to finish in third. However, Sehested admits that it’s ‘a good position to be in’ ahead of the ROCKWOOL Denmark Sail Grand Prix in Copenhagen, which takes place next week. 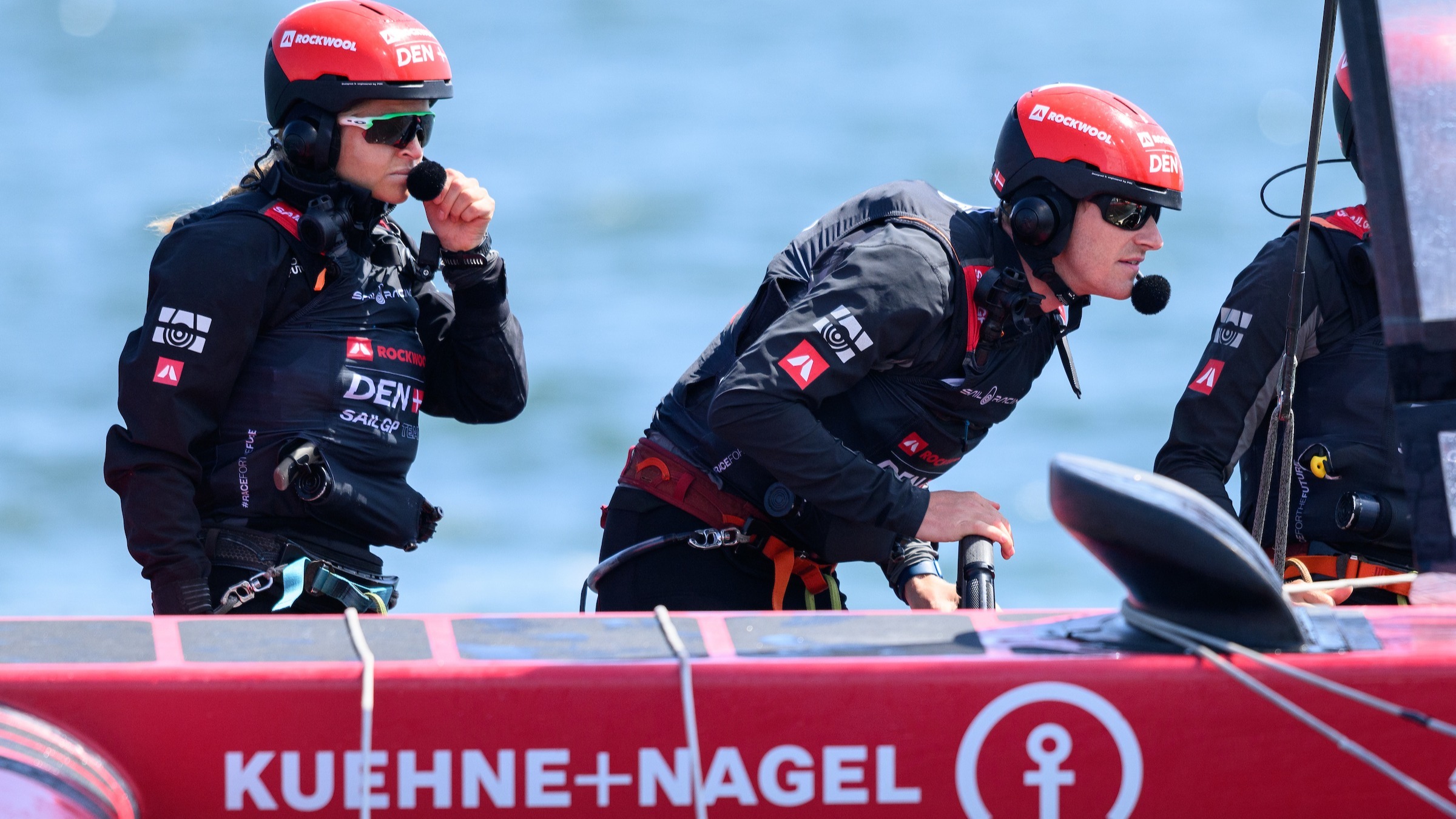 Finishing on the podium for the first time ahead of the home event will, Sehested hopes, ‘give the team confidence’ that the plans and strategies in place are ‘actually working’. He likens the progression of the team to Peter Burling’s New Zealand, which took the win in Plymouth after also reaching a SailGP Final for the first time. “It just takes time to get into the boat and get into the rhythm of it,” he says, highlighting the fact that the Danish team is ‘pretty much the same team as when we started’. He also hopes the third place finish will send an important message to the rest of the fleet.

“It just validates that we are a good team and, when we are sailing well, we can definitely beat anyone out there - that’s good for everyone to know.” The result has also fundamentally changed the team’s outlook. “We need to have the expectation to be on the podium every time we go out on the water,” Sehested says, “that expectation is very important and it’s definitely something we’ll keep with us.”

Looking ahead, the Denmark Sail Grand Prix is now just over a week away and Sehested admits he’s ‘nervous’. He cites the historically mediocre performances of teams at their home events. So far this season, Jimmy Spithill’s U.S. team finished in a disastrous eighth place in Chicago while Great Britain finished fourth at home in Plymouth after a rocky first day of racing. 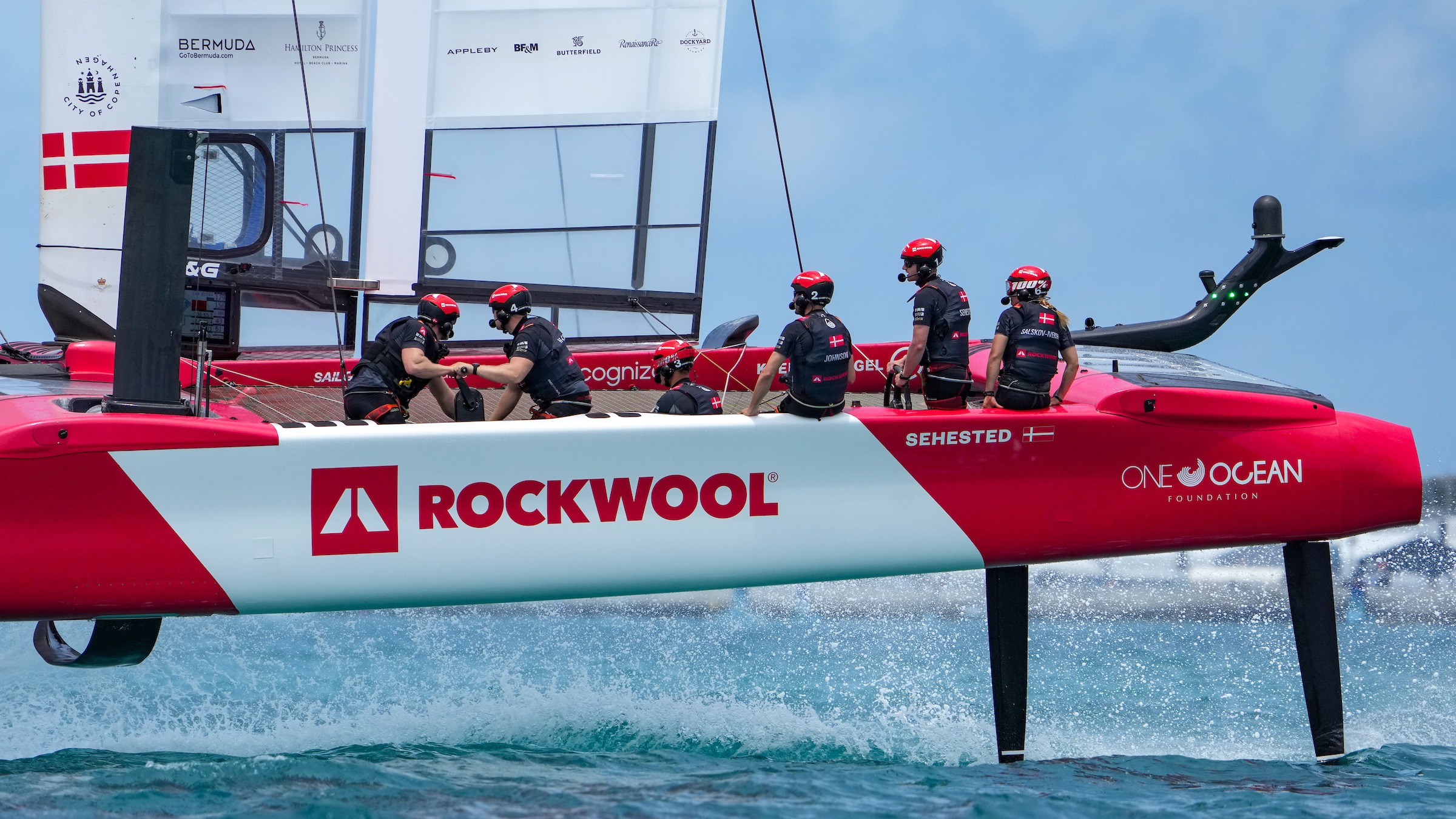 “At the home event, it’s so easy to get distracted and carried away and the sailing ends up not being very good,” Sehested says. “We’ve seen that from many home teams.” In fact, only Tom Slingsby’s Australia has performed in front of a home crowd, winning the Australia Sail Grand Prix in both the first and second season. To prepare for the additional pressure, Sehested will be ‘planning ahead’, making sure they ’don’t make the same mistake’. “We need to do a good job with the event but without a sailing result it’s not going to be as fun for the fans, so we’re staying focused on that,” he says. 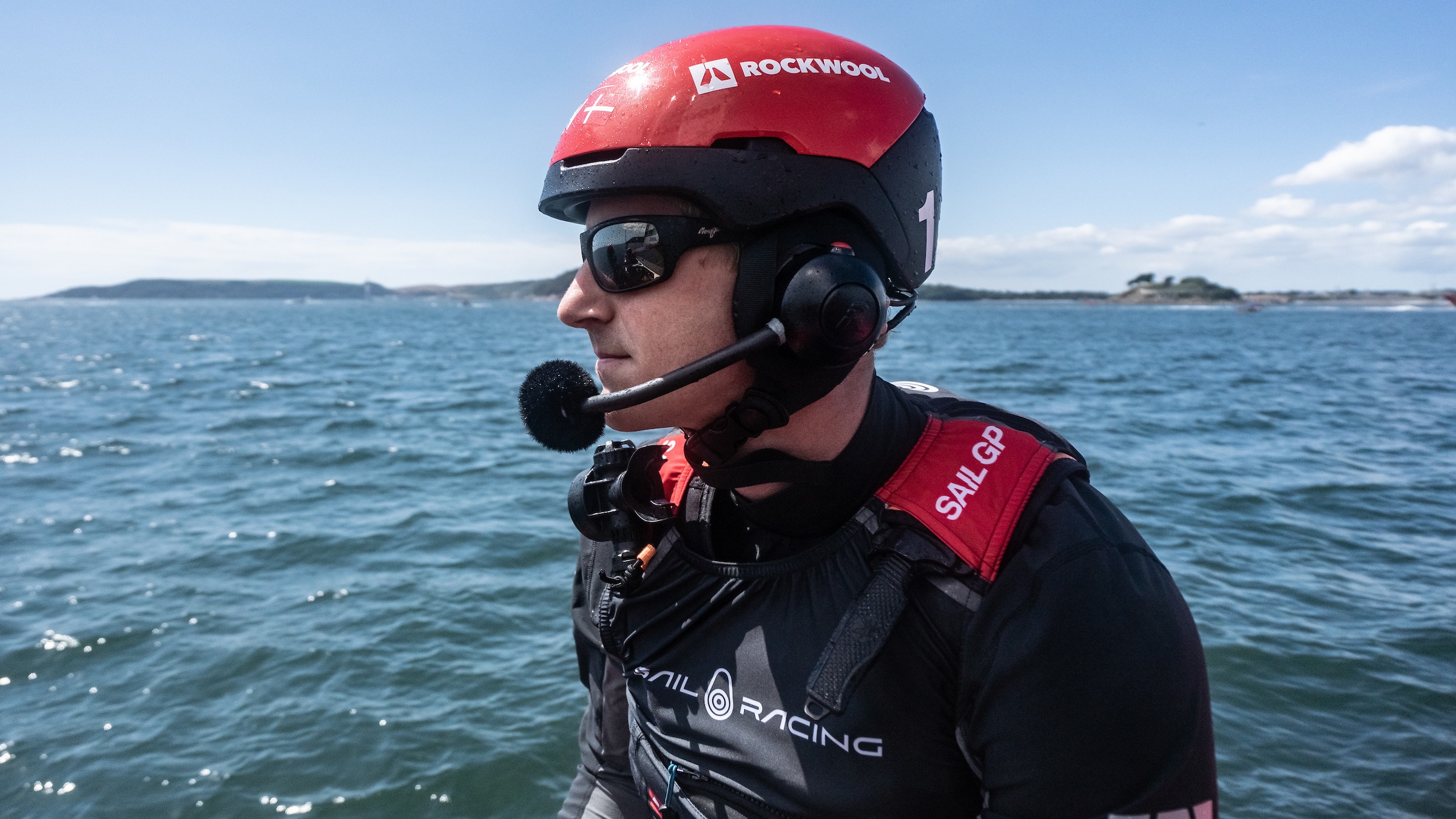 There’s also the added unknown of racing in Copenhagen. The a race course will be positioned ‘very close’ to the city, where Sehested has never raced. “We’ve always raced in the far north of Copenhagen by the open water,” Sehested admits. He foresees conditions similar to those in Plymouth, with a potential for ‘shifty winds coming off the city’. Sehested has previously been candid about his team’s ability to perform in different wind conditions, with heavier winds posing a particular challenge. The team hasn’t had to face these conditions since Sydney in Season Two, but has been preparing and improving ever since by racing on the GC32 circuit. 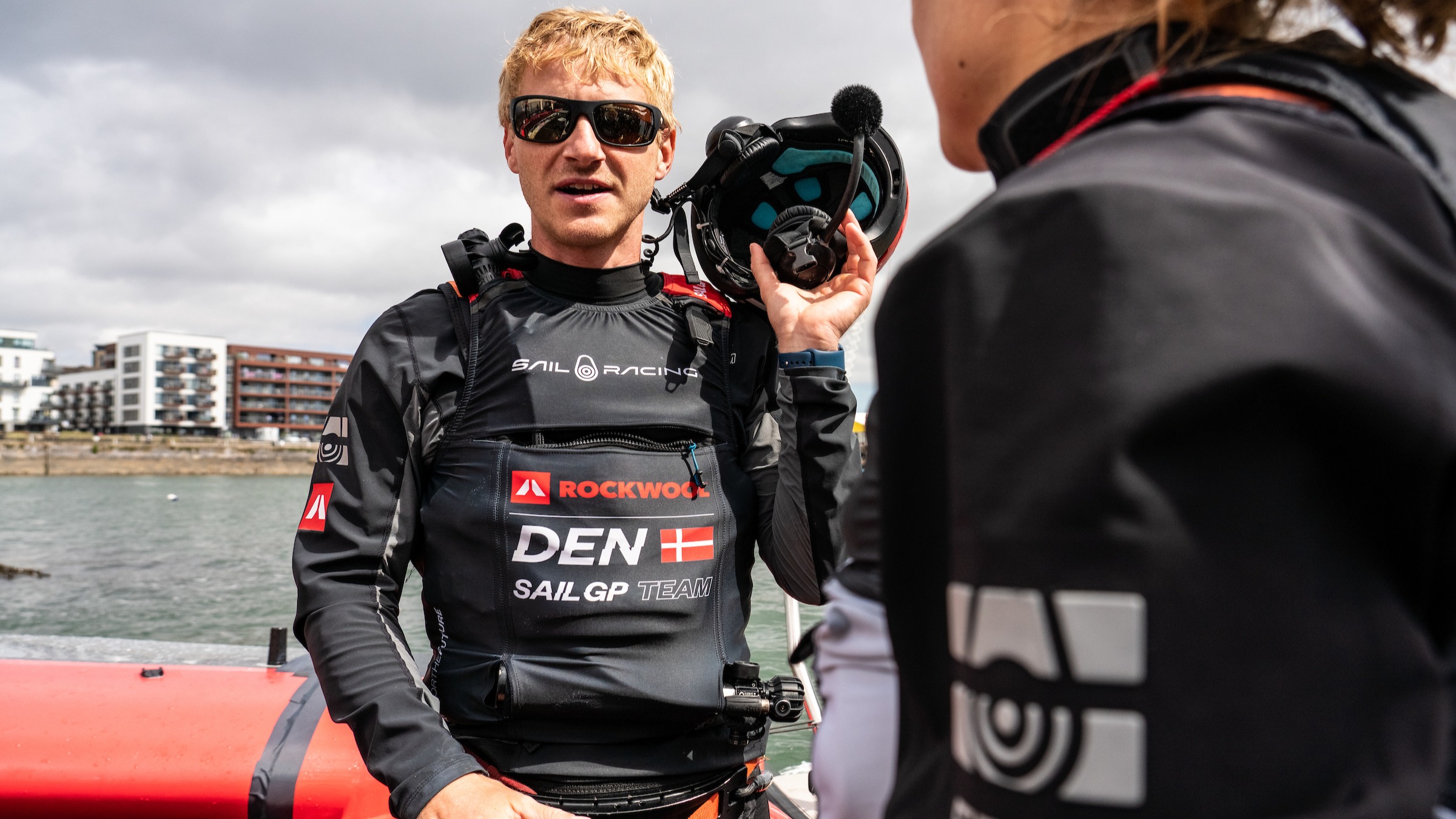 So far this season, the team has competed in three GC32 events selected for their high winds. “We’re pretty much only going sailing when it's windy so we can do fast sailing and heavy foiling - it’s more realistic to F50 sailing," Sehested says. Despite this, he admits that the transition from racing in an F50 to training in a GC32 is a bumpy one. “It’s probably a bit like doing Formula 1 and then going home and training in a Ford Escort,” he says, admitting that he would swap ‘100 GC32 sailing days for one F50 training day'. "That’s the reality of it”. Despite the two boats being as different as ‘night and day’, the experience of ‘spending time together as a team, sailing in windy conditions and quick decision making is still useful’, Sehested says.

In between SailGP races, the team undertakes an extensive debrief of the previous event, with each crew member presenting on a particular area before ‘making a plan to implement improvements for the following event’. Key focuses so far this season have been improving boat speed, quicker decision making and tightening up manoeuvres, but finessing the team’s starting strategy has become a priority ahead of Copenhagen. Sehested admits the team’s starts have been an area of weakness so far this season. “We’ve been adapting to other teams’ strategies but we just need to pick our own and stick with it,” he says. This is a challenging ambition given that each race venue presents its own unique starting box, but Sehested is adamant in his aim to become the ‘best starting team’. “Some teams are having more good than bad starts and the key to that is having a plan, sticking to it and making it work,” he says. 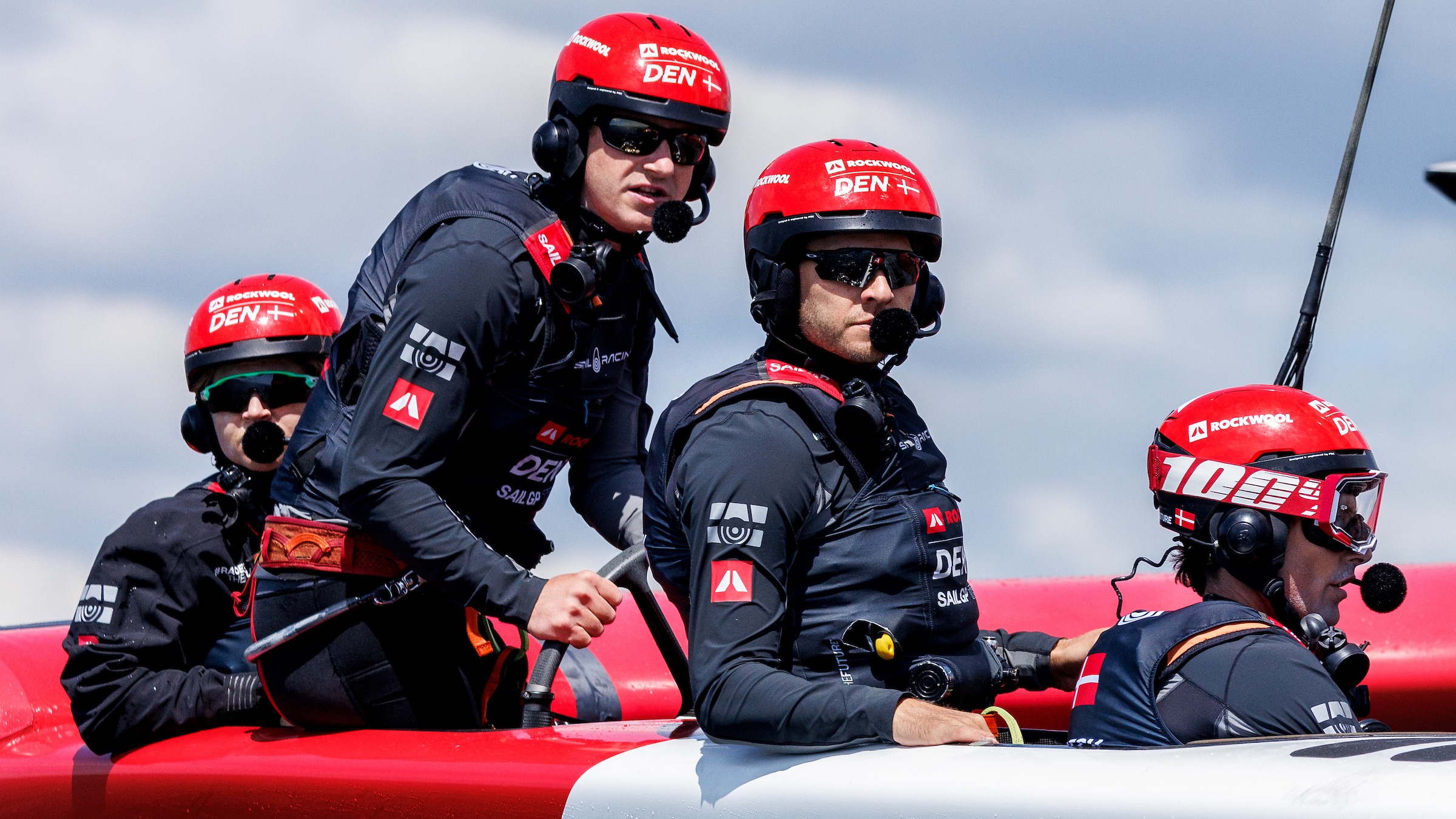 Ahead of the team’s home event, Sehested stresses the importance of ‘keeping the Danish DNA in the team’ and underlines the commitment to one day having a team united in Danish nationality. The team isn’t far from this target - grinder Luke Payne, who is Australian, is the only crew member ‘not spending all their time in Denmark’ while grinder Julius Hallström has dual Swedish and Danish nationality. The Danish DNA of the team is of great importance to sponsor ROCKWOOL and has been key to the project from the very beginning, Sehested says. He admits it would be ‘easier’ to recruit seasoned ‘international’ crew members - “but that’s not our DNA,” he says. “Our DNA is to do it our way, the Danish way and build a Danish sailing foundation’.