Spain driver Jordi Xammar was billed as a rising star of Spanish sailing when he was unveiled as former driver Phil Robertson’s replacement at the end of Season 2. The surprise announcement came days ahead of the Grand Final in San Francisco, leaving Xammar with a just hours of F50 experience before racing for the first time. We catch up with Xammar ahead of his first home event in Cadiz to discuss the importance of trusting the process, rising above criticism and finding the confidence to step up and lead.

Racing an F50 for the first time with minimal time on the boat is an intimidating challenge, but even more so for a brand new driver. Robertson took the Spanish team within touching distance of Season 2’s Grand Final with the team sitting in fourth place heading into the San Francisco. But a surprise announcement saw Robertson leave the team early and Xammar parachuted in to take over. His first event behind the wheel produced inconsistent results with flashes of brilliance - there were two podium place positions in fleet racing but these were coupled with three eighth place finishes. 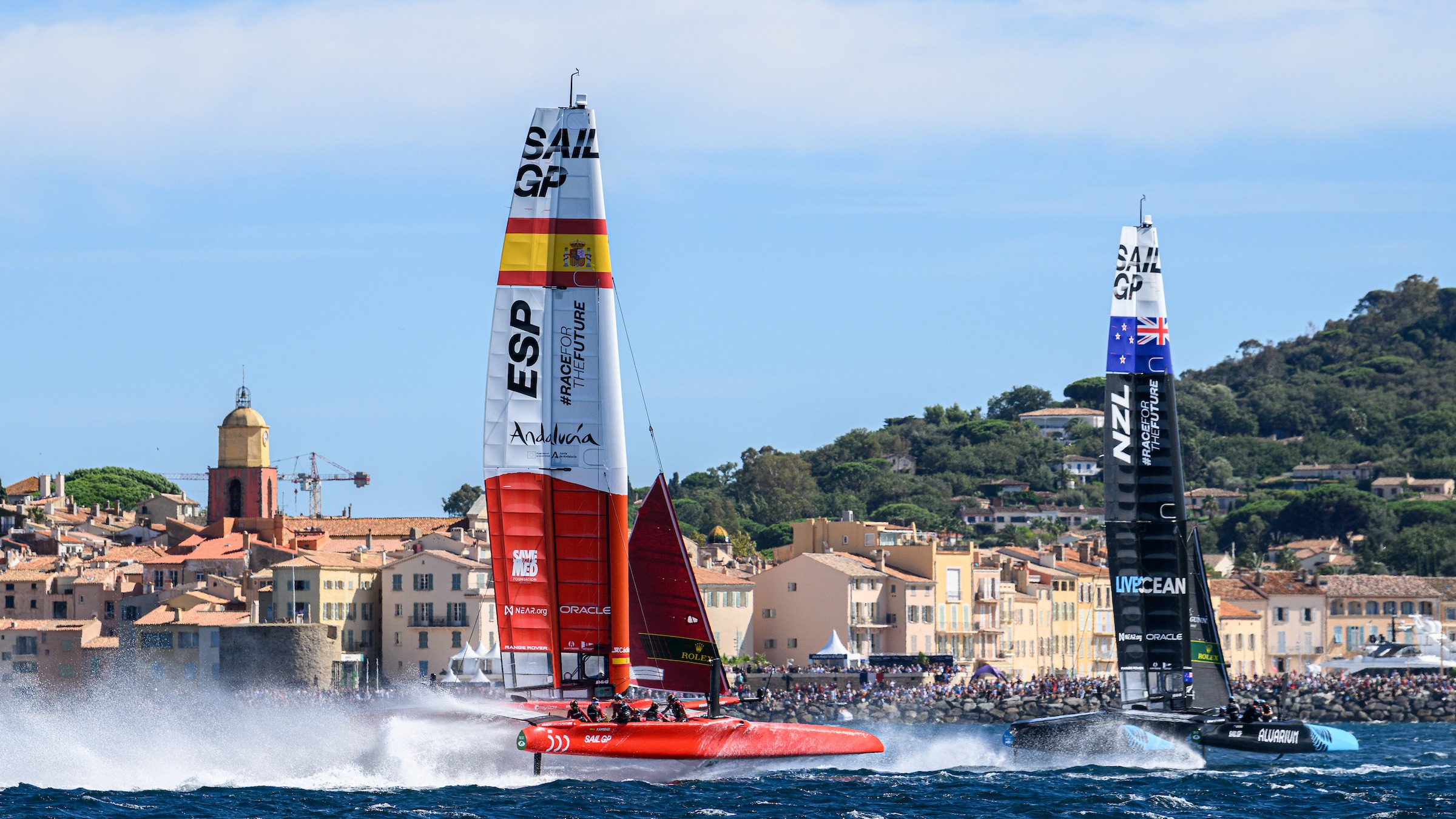 There was also the dramatic incident which saw the Spanish team dive inside of a mark and collide with the U.S. team, resulting in six penalty points and the team sitting last on the leaderboard. The team has since struggled to make a mark in Season 3 - picking up up 7-7-9-8-7 event place finishes so far this season - but Xammar’s Season 3 goal was always ‘to learn as much as possible’. Despite this, the Spanish team have been criticised for not improving quickly enough which, Xammar says, has been premature. He points to the fact that ‘only five months’ have passed since his debut in San Francisco to the last event in Saint-Tropez. 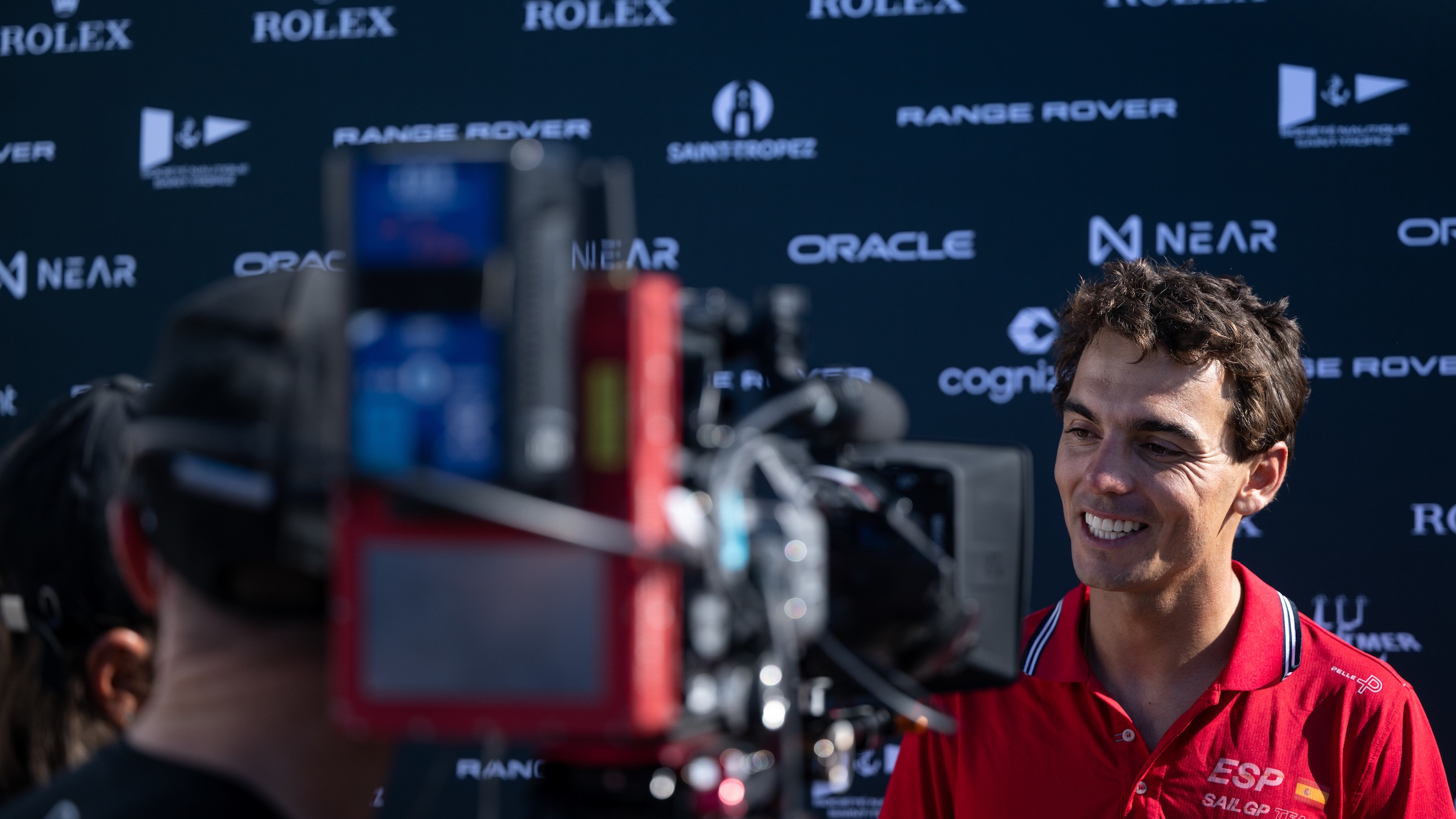 “I feel like all the criticism on us has come too early,” he says, “earlier in the season, when we were doing better than the French, no-one was doubting Quentin (Delapierre, France driver), so I felt that in our case it has just come too soon.” But even criticism has its uses. “The critics can help you because they push you and make you want to prove them wrong,” Xammar says. “As sailors, we are not used to this criticism because sailing has never had this media attention before,” he says, “but it’s something we need to get used to and learn how to deal with - I am just focusing on my job, trying to step up our game and prove them wrong.” 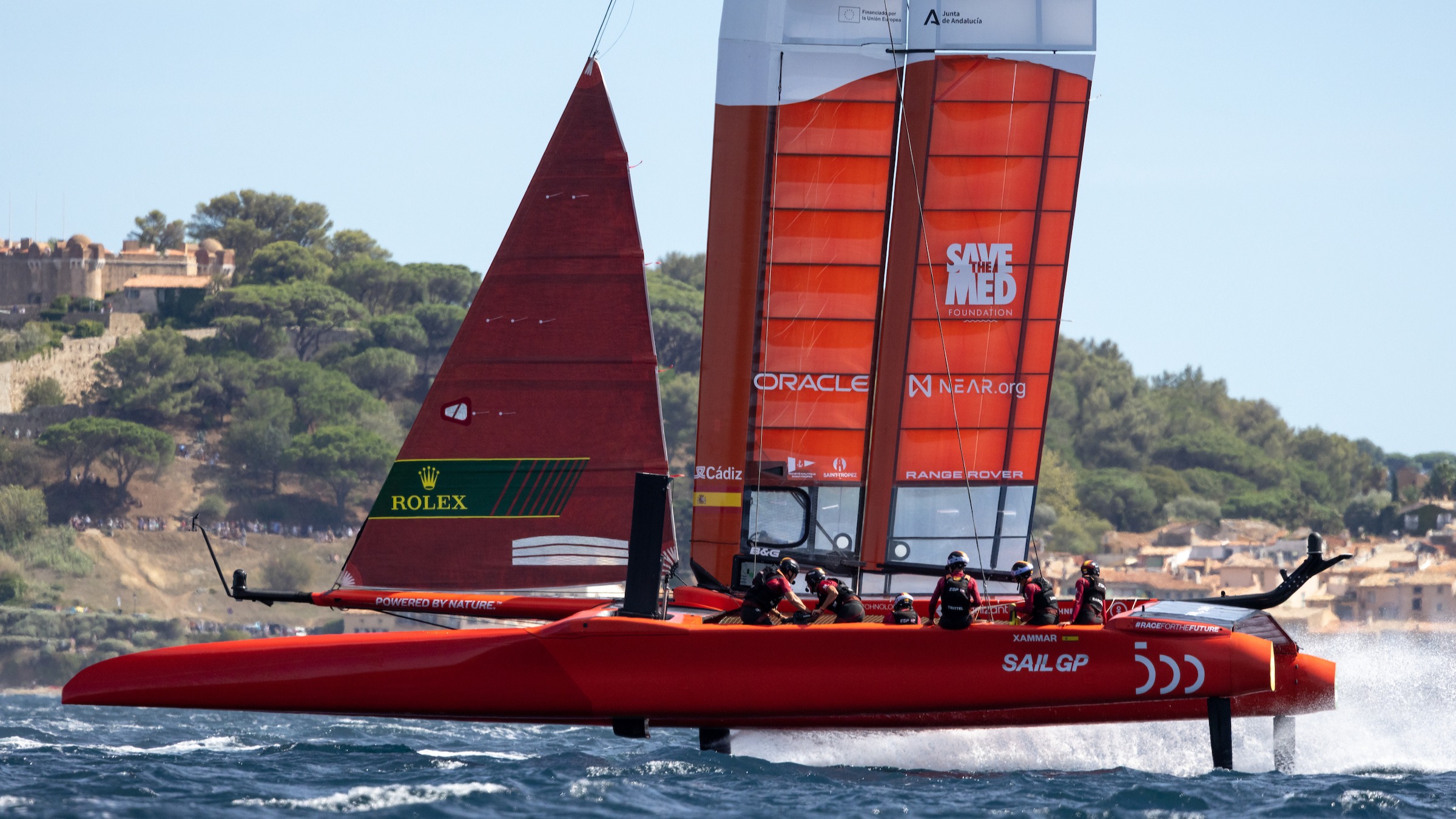 Xammar has previously pushed back against criticism directed at the team, specifically the suggestion that flight controller Diego Botin should step into the driver role if the team’s performance does not improve. Trusting the process means understanding that every new athlete, driver and team entering SailGP ‘needs time’, he says. “I remember watching the Danish and thinking that I couldn’t imagine when they would catch up with the other teams, but now you look at them and they are on the same level,” Xammar says. “We’ve seen that in many other cases, from the Kiwis to the Americans. We as a team are going through this process and taking the lessons we learn into each next event.” He adds that the team ‘truly believes [they] are going in the right direction.’ Not all new teams entering the league are equal either, he says, especially the comparison of teams like Switzerland and Canada to Spain. “We speak a lot about the new teams but they have drivers like Phil (Robertson) and Nathan (Outteridge) with many years of experience and skill,” he says, “if you count count the number of days I have on the boat it is far less than anyone else.” 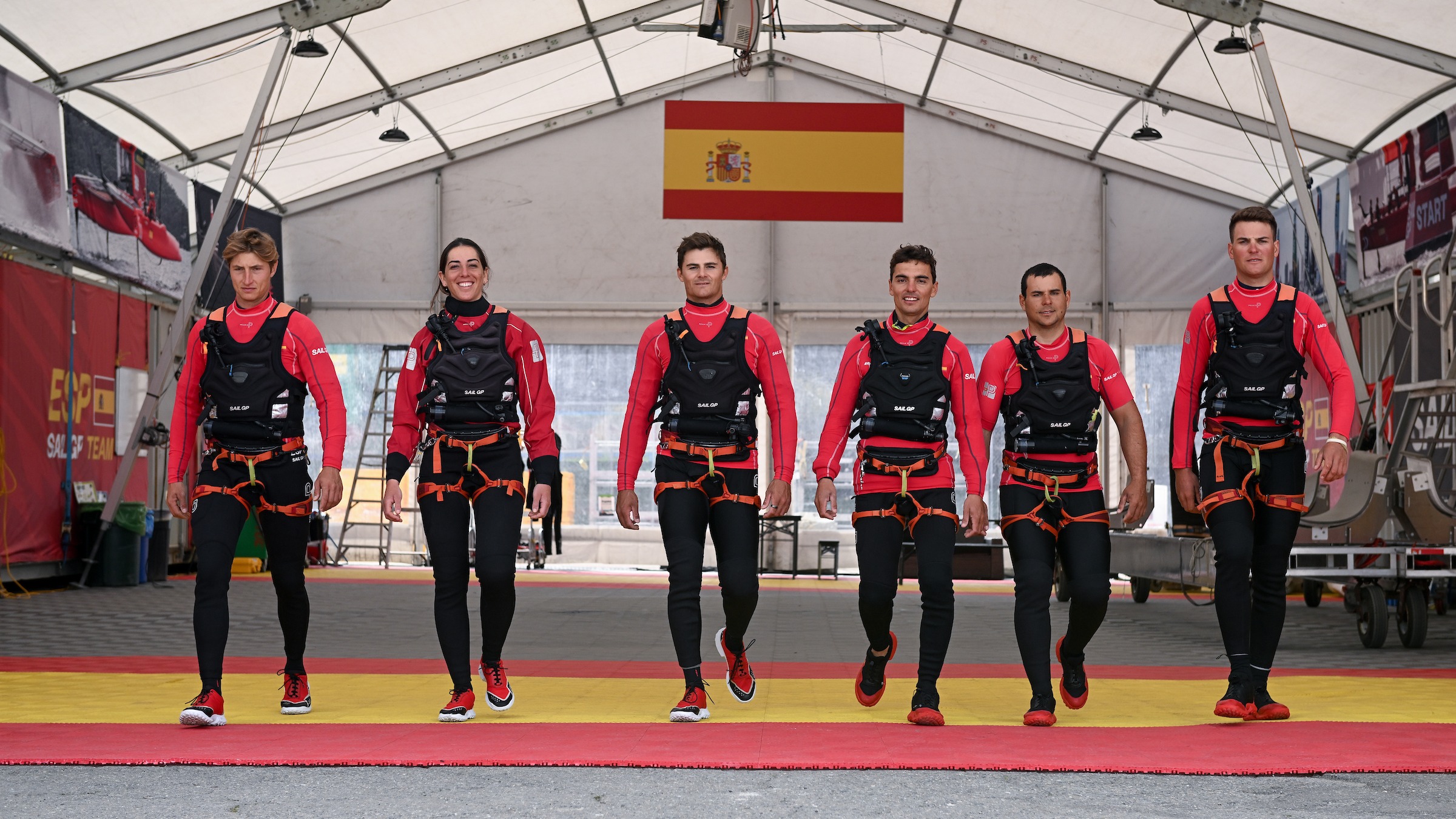 The team is working on many areas of improvements, both in practice sessions and in data analysis in-between events, Xammar says. But he admits that one key area of improvement lies with his mentality as the driver of the boat. Taking over the role with zero F50 experience in comparison to his teammates who had spent a year training under Robertson, Xammar ‘came in with the mentality of asking for a lot of feedback and trying to learn a lot from them,’ he says. But now, he says, the time for following the team is over. “I am obviously the sailor with the least amount of F50 experience so I’ve struggled to take that lead,” he explains, “we have reached a point where I have to have the confidence to take charge of the racing and the boat management - now it’s the moment to lead.” Shifting this mentality for the first time in Saint-Tropez proved difficult, with teams challenged by extreme conditions. Gusts of up to 45 km/h swept the racecourse on Saturday, resulting in all teams hitting speeds over 90 km/h, while light winds of up to 15 km/h dominated Sunday. 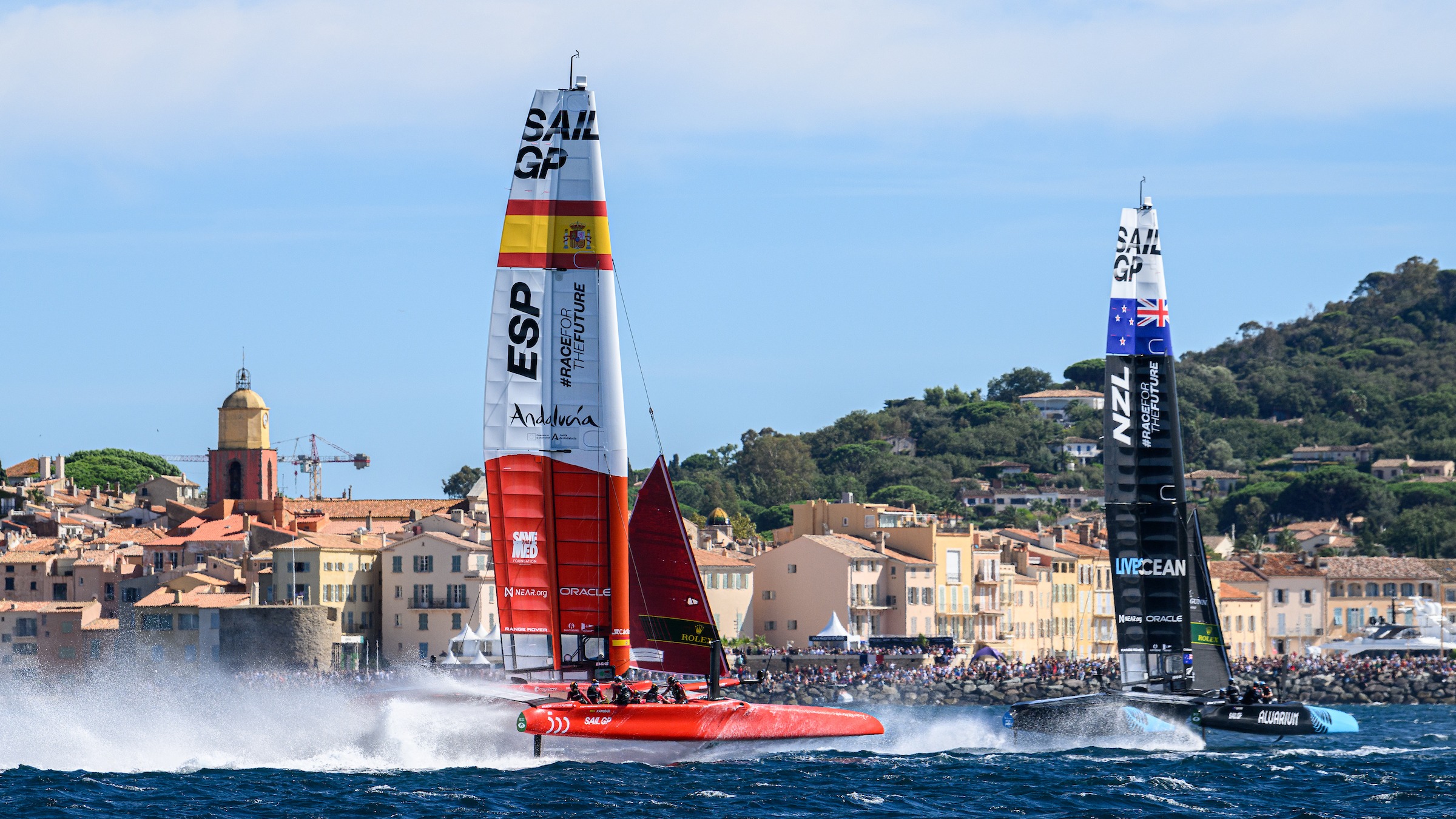 “Those extreme conditions make it probably the most difficult event to change things in the team,” he says, adding that both sets of conditions ‘were new experiences for him.” Despite that, he “100%” believes the event marked an improvement for the team. “I would have considered those conditions the worst for us but now I feel ready to race in those conditions again.” With limited training time on the water, the team has also been engaging with SailGP’s in-house data team and undertaking remote analysis in-between events. “Unfortunately we can’t create more time on the boat so we have to try and catch the rest of the fleet in different ways,” Xammar says. 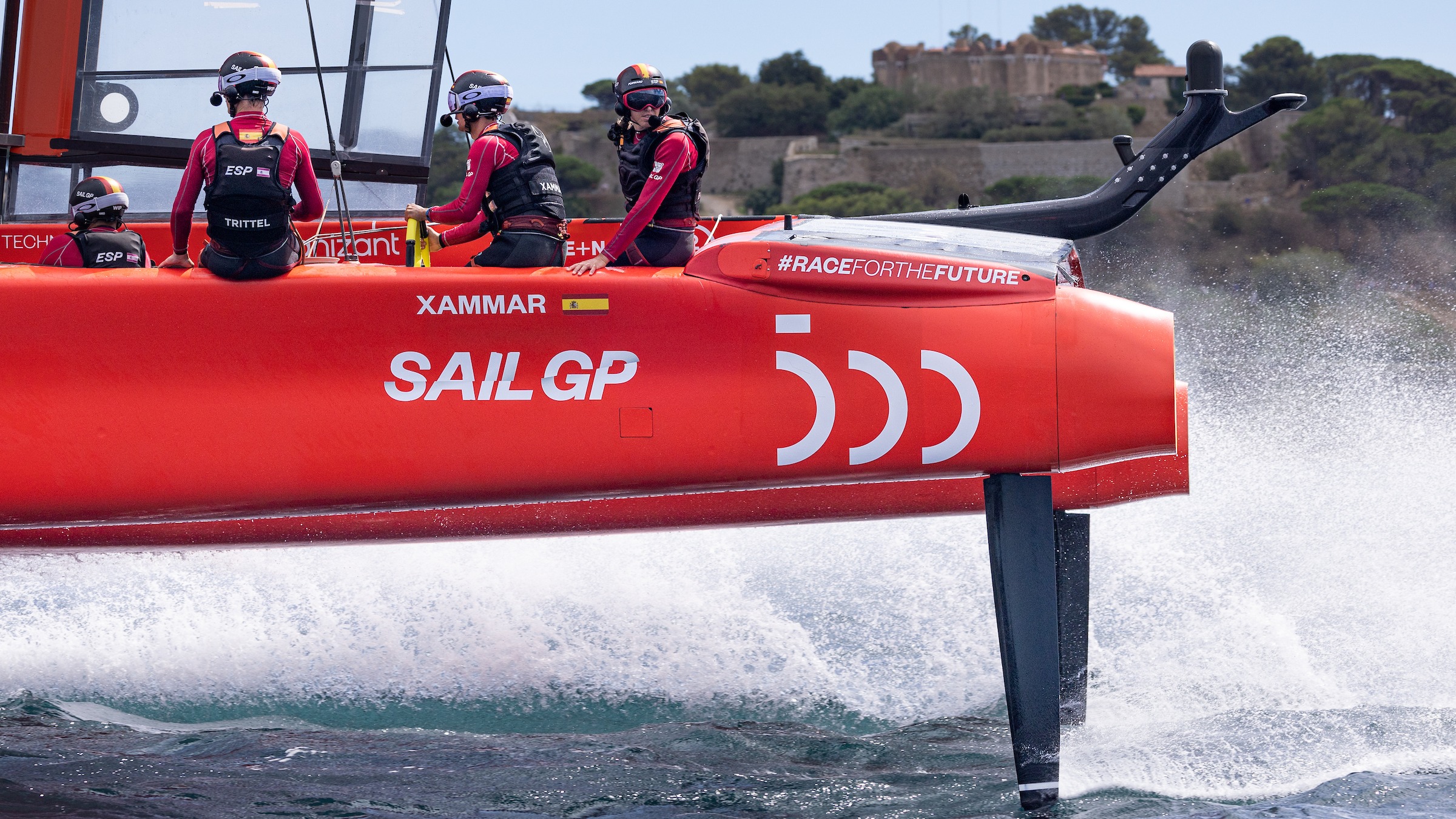 With Cadiz just days away, Xammar is preparing for his first home event. While he is excited to see his friends and family watching from the sidelines, Xammar says he will remain ‘focused on the job’. “I told them I will have time for them on Sunday evening after racing,” he says, “we really care about the performance in Cadiz and we really want it to go well.” Following Cadiz, the team will head to Santander to undertake Moth training and build on their ‘unified dynamic’ ahead of the Dubai Sail grand Prix presented by P&O Marinas in November. It is this team dynamic which Xammar describes as ‘unique’ in the league. “Before we are teammates, we are friends,” he says, “even now when we are not going through the best of times and there has been lots of noise outside the team, we don’t feel anything different. I have never seen a bad face, or a bad mood or heard a bad word and that is unique and special.”