Denmark SailGP Team presented by ROCKWOOL enjoyed a positive second race day on Spanish waters – but it was too little, too late for Nicolai Sehested’s team.

The Danish boat grabbed a fourth and a second place in the final two fleet races in Cádiz to improve on their first day showing, but ended in seventh spot overall.

“Today was a much better day, and it’s really pleasing that we were able to turn around what felt like a bit of a disastrous start yesterday,” said Sehested. 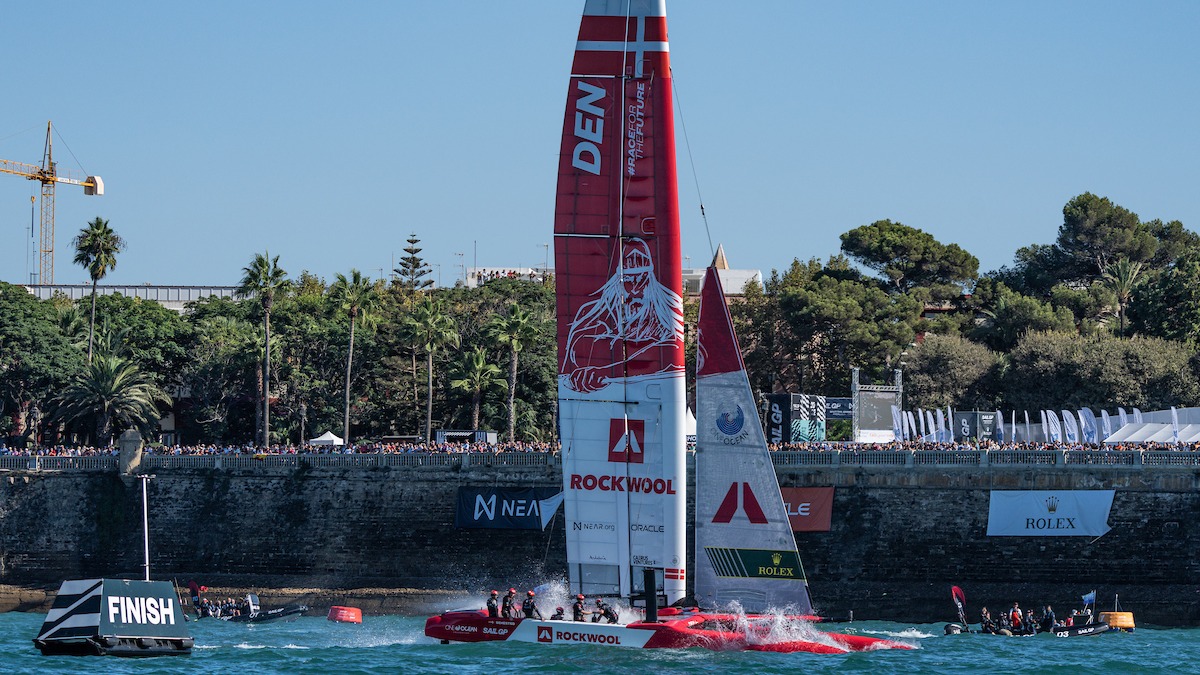 “It’s no secret that we were a little deflated yesterday, and the conditions were difficult for us as we haven’t really seen that much swell before, so it was tricky to know how to play it.”

He continues: “We spent a lot of time working on the data and analysing our performance overnight, and I think that’s the sign of a good team, being able to bounce back and be one of the most impressive performers out there today.”

The result in Spain sees Denmark drop from fourth to sixth in the Season 3 rankings – but the points are tight.
“It’s obviously disappointing to drop down the league table but this is a long season, and we have plenty of opportunities to bounce back,” said Sehested.

“We’re heading to some venues which will suit us, so I’m confident that we’re not out of the running just yet – we’re only getting started.”

Next up, the SailGP fleet enjoys a short break before heading to Dubai on 12-13 November – the first time that SailGP has raced in the Middle East.

“I have sailed in Dubai before, mainly offshore, but it is a fantastic venue. We can expect it to be light, but flat water, so ideal conditions for racing these F50s fast.”

“The Impact League is something we prioritise and we’re lucky to have two great partners in ROCKWOOL and One Ocean Foundation who guide our focus and effort in that area,” adds Sehested.

“We are putting our best foot forward and aiming to win it – but the competition is tough. All of the teams in SailGP are really working hard to reduce their footprint and collaborate, and that is a great thing for our planet.”