Denmark SailGP Team presented by ROCKWOOL ended Race Day 1 at Great Britain Sail Grand Prix with a second place to keep its dreams of a first ever podium spot alive.

The day began disappointingly for the Danish crew, with an eighth in the first race, as the team ended up on the wrong side of the race track for the shifts. 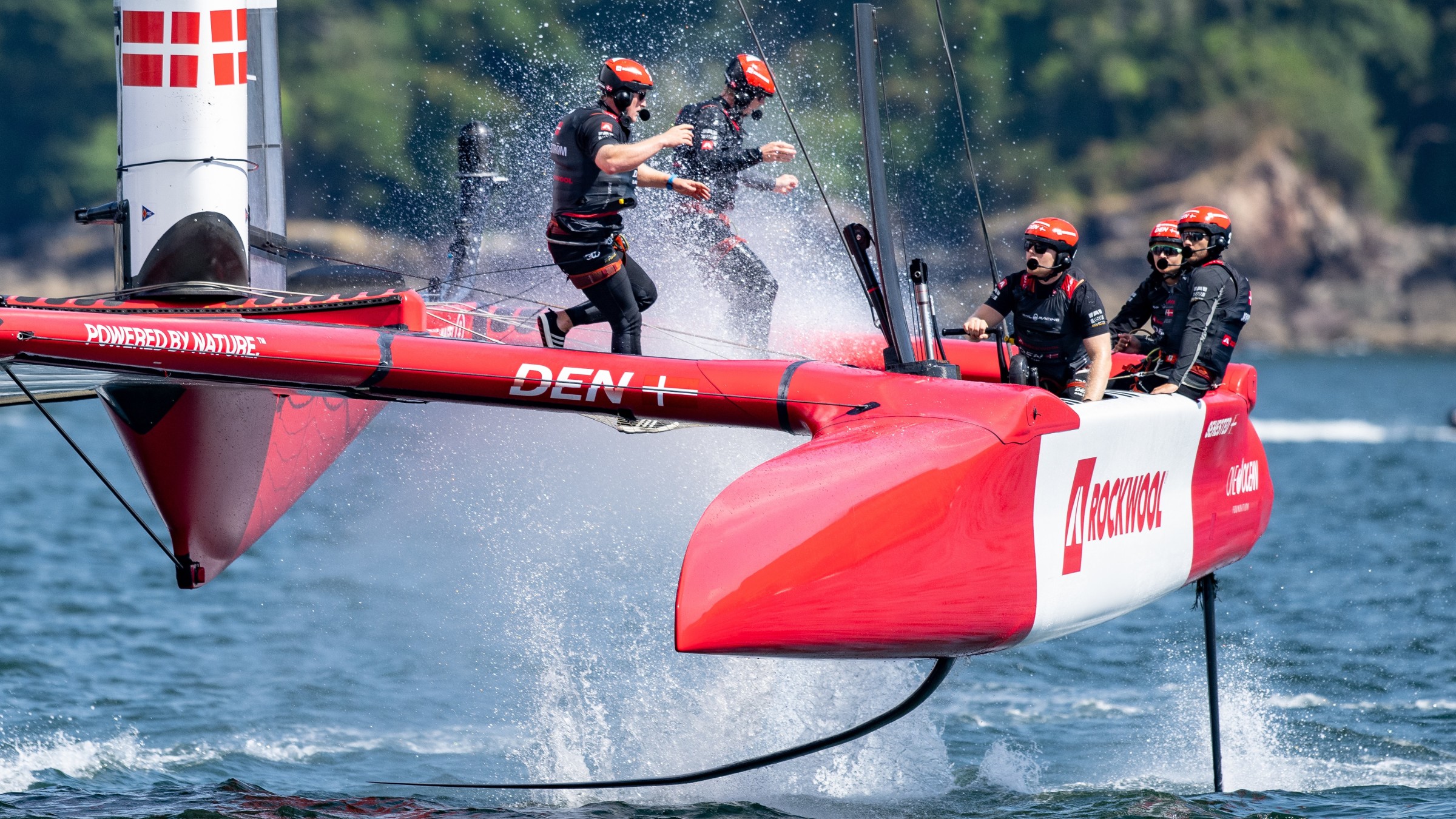 The second action of the day brought better luck, with a fifth place giving the Danish team renewed hope of salvaging a positive result from the first day.

But it was at the third time of asking that the Danes – led by Nicolai Sehested – were able to make their impression on the fleet, fighting back to grab a runner-up spot as New Zealand SailGP Team took the win in Race 3.

It leaves the ROCKWOOL team just three points off the podium spots going into Race Day 2.

“We’re really happy to get a better finish in the final race,” admits Sehested. “It always changes your mood when you can finish the day on a bit of a high.”

He continues: “We made some bad calls in the first race and we ended up falling out of the pack, and never managed to come back. But the main thing is that we finish just three points off the podium spots, so two good races tomorrow and we’re right in there. We have to come out fighting and be on our A-game right from the start.”

The Kiwi boat took the plaudits in Plymouth with an almost faultless performance that saw them grab two second places and a first place on the Plymouth Sound.

Home team Great Britain SailGP Team sits in fifth spot, one point ahead of Denmark, following a mixed day on the water.

Sehested and his crew will be keen to post a good performance on Sunday to set up the homecoming ROCKWOOL Denmark Sail Grand Prix in Copenhagen on 19-20 August.

“It’s really exciting that Copenhagen is just three weeks away,” explains Sehested. “You see the reception that the British team has received in Plymouth and it’s cool to think that we will be seeing Danish flags flying soon, with our F50 on home waters!”

Limited tickets for the ROCKWOOL Denmark Sail Grand Prix are still available. Head to www.sailgp.com/denmark to grab yours!