It’s been a challenging debut season for Switzerland. Joining the start line at the beginning of Season 3, the team was faced with the gargantuan challenge of getting to grips with the F50 with limited training time and an inexperienced crew. They had just days of training in Bermuda before going to battle against some of the most established and skilled teams in the world. With seven events now behind them, the Swiss are using the remainder of the season to be truly competitive in time for Season 4, which kicks off in June 2023. Coach Jacopo Plazzi reveals the biggest challenges facing the team, and how he is utilizing the experience of former Japan driver Nathan Outteridge to supercharge the development of young driver Sébastien Schneiter. 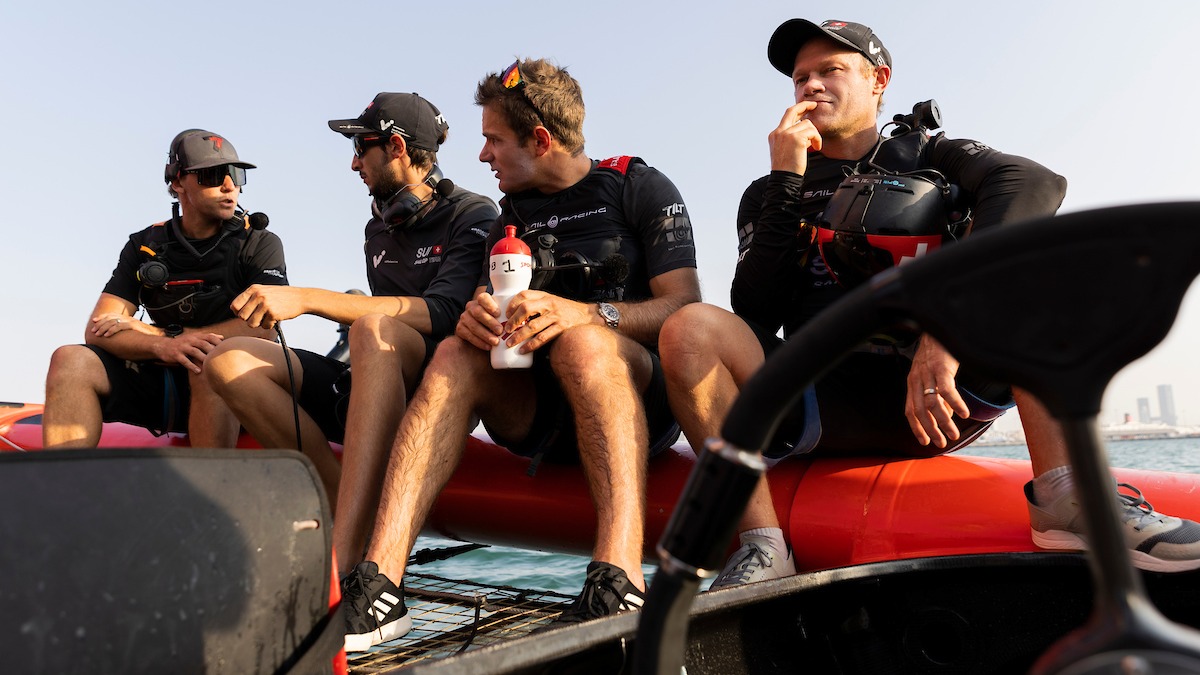 When the team first came together for Season 3’s opener in Bermuda, it was a matter of ‘starting from the real basics’ both on and off the water, Plazzi says. “The whole crew had to get experience in their positions as well as working on the shore with the shore team and SailGP’s internal tech team." The on water training schedule depended on the forecast - ‘we would talk about the tasks and progression we wanted to execute and go forwards depending on the conditions’, Plazzi says.

When the Swiss F50 did hit the water for the first time, there was little holding back. The team hit speeds close to 90 km/h on its first day of training. But then the racing began. “Surprise - you’re racing the best sailors on the planet and teams that have been together for over a decade,” Plazzi says. The team finished Season 3’s inaugural event with an 8-6-6-8-6 fleet racing record and in ninth overall. Since then it has picked up seventh, eighth and ninth place event finishes throughout the season and faces the challenge of ‘how to speed up learning as much as possible’. 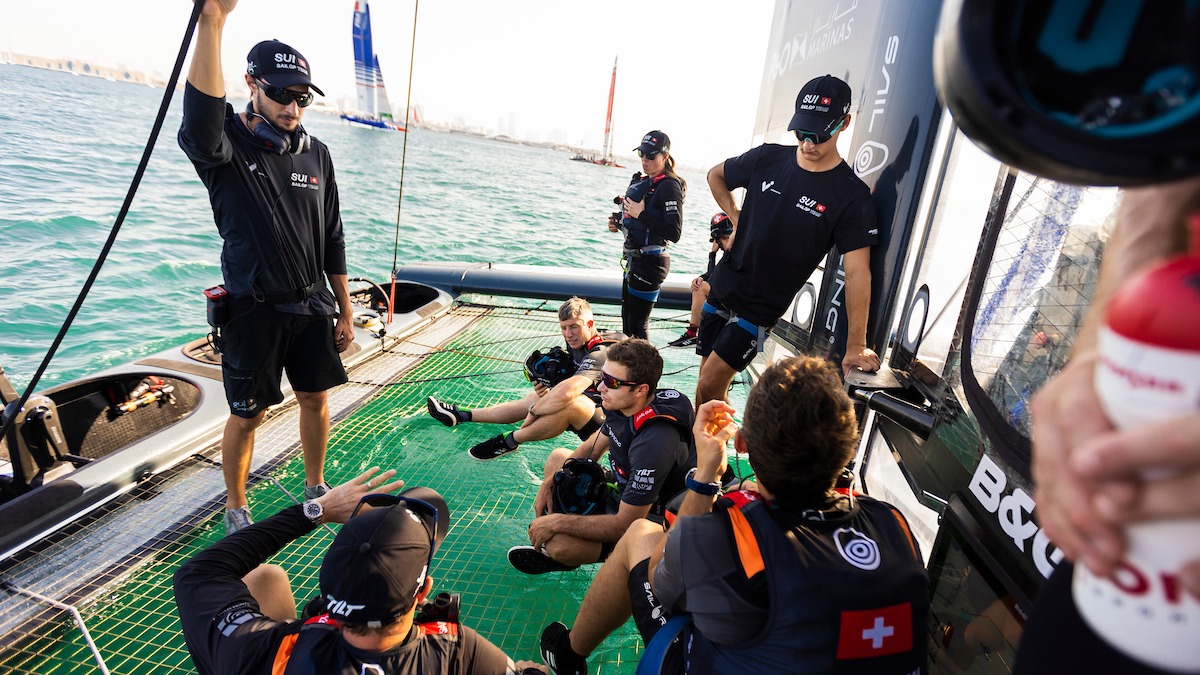 Enter former Japan driver Nathan Outteridge. Outteridge joined the team for the first time in Plymouth in the newly formed role of ‘sailing advisor’. Soon after, it was announced that Outteridge would be stepping into the driver's seat for some events while personally training up Schneiter. The addition of Outteridge has been invaluable to the team’s development, Plazzi says. “Nathan is best when he is on board - he’s able to give directions on the water, which just speeds everything up,” Plazzi says. “He knows these boats so well that you can literally ask him anything.” Outteridge’s presence in the team is crucial when it comes to ‘accelerating’ the development of the crew, Plazzi says, but it also requires restraint. The goal, he says, is not to see immediately improved results on the leaderboard “We want to make sure we don’t make the mistake of not teaching Sébastien and the crew enough this season,” Plazzi says - ‘we’re trying to make sure that Nathan brings his experience to the team before Season 4 starts’. 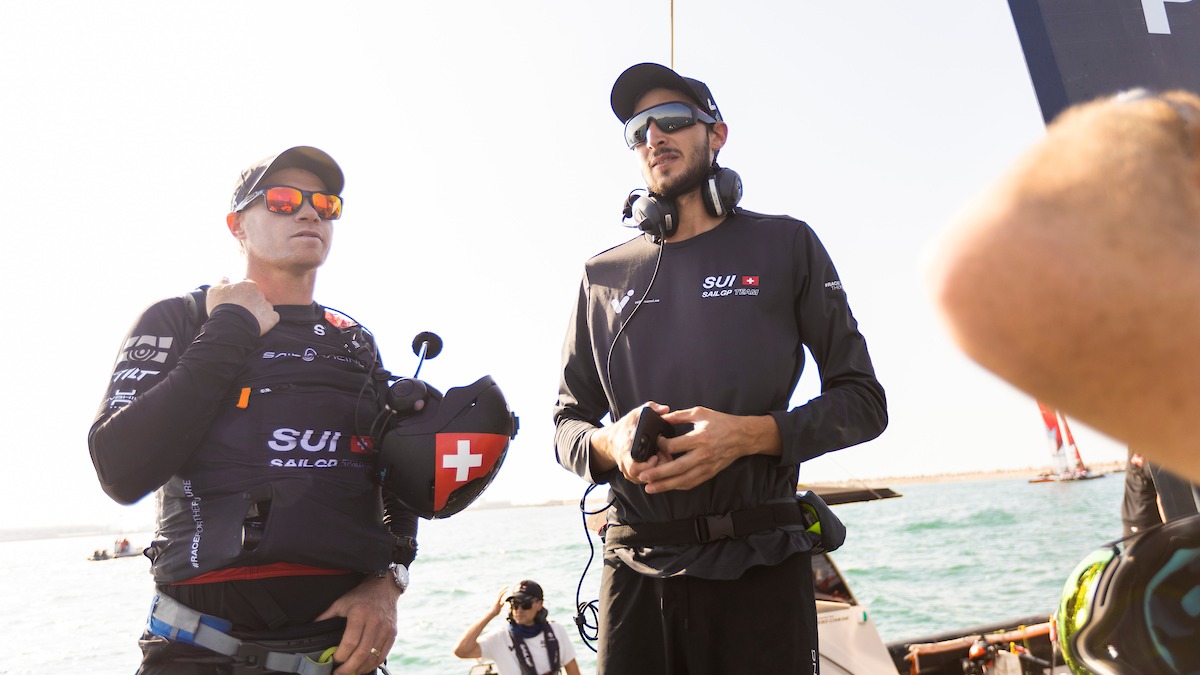 The journey will take time, he says, pointing to the trajectories of teams like Jimmy Spithill’s United States and Peter Burling’s New Zealand. The Kiwis specifically came from a position of ‘winning everything in the other classes’ before ‘coming into SailGP and taking a season to start winning’, he says. Spithill too finished Season 2 ‘at the top of his game’, but after a few crew changes it ‘took a bit of time to get everything working well.’ Switzerland is now in a similar position, Plazzi says. “We are at that stage of climbing the ladder and trying to open the trap door,’ he says, ‘we are not far away from that - with some fine tuning we’ll see the Swiss team in a much better position.’

‘Fine tuning' involves zooming in on key areas of improvement, which include ‘getting out of the starting box’. ‘We realized that our take off technique needed to be better and just improving our handling in this area would enable us to start well and actually fight in the race.’ The tough conditions of Cadiz, which combined a huge ocean swell with a shifty breeze, only ‘highlighted’ this weakness, Plazzi says, and made it a key area of improvement heading into Dubai.

Dubai itself offered the team a golden opportunity. Alongside Canada and Spain, Switzerland was given five days of dedicated on water training time - a huge opportunity for a fledgling team. These days were ‘very productive’, Plazzi says, and focused almost entirely on ‘light air handling and the pre-starts’. The Swiss F50 was fitted with the largest 29m wing and light air rudders and boards throughout training. This paid off on the first day of racing, which featured light airs of 16 km/h - 24 km/h, and saw the team ‘perform on a higher level compared to previous events’. 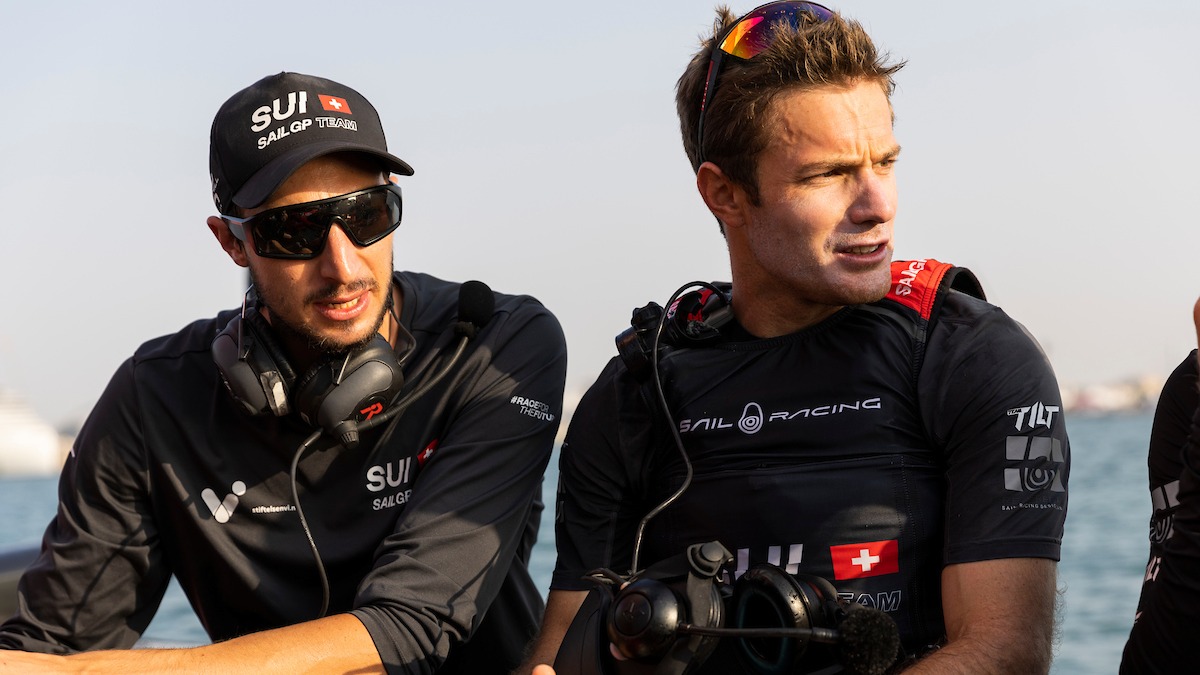 This was specifically evident in Switzerland's starting. The team was able to convert solid starts into top three positions at mark one in two of the three fleet races. The team rounded off the day with its first podium position after finishing third in the last race of the day. Sunday however ‘was a different day’. With more breeze, the F50s were fitted with the 24m wing. “We made some positioning mistakes in the pre-starts, which put us on the back foot at mark one,” Plazzi says. The team fought back, doing well ‘on the upwinds’ but ‘struggled’ when approaching the leeward gate. “Ultimately, we couldn’t transform our technical improvements into a better result,” Plazzi adds. 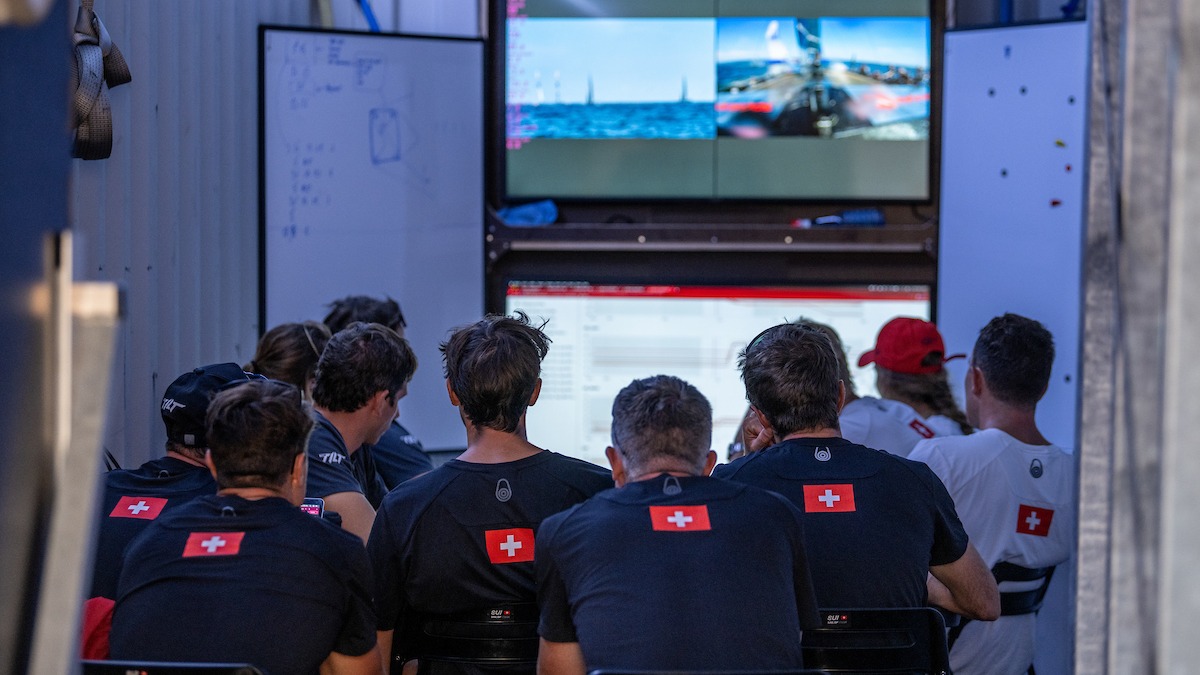 Despite this, the team remains upbeat. There has been a six-week winter break before the upcoming Singapore Sail Grand Prix on January 14 & 15 and the team has been ‘looking for ways to improve and be ready’ for when the event gets underway. The team will be training together on other high performance boats, as well as analyzing data provided by Oracle Cloud. “The team has a solution orientated mentality and we are already looking ahead to Singapore,” Plazzi says, “we are hungry for more”.