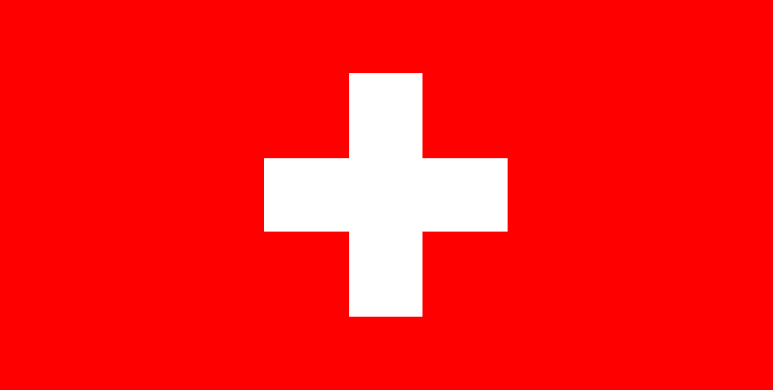 Racing got underway at the Dubai Sail Grand Prix today and despite the light fickle winds, three fleet races were sailed. Swiss SailGP Team placed 5, 7 and 3 - it's first podium result of the season so far.

After day one in Dubai it's close for the fleet on the scoreboard; the Swiss sit 6th overall on 18 points with Canada and France just one point head tied on 19. New Zealand and France are also tied, both with 20 points and after it's two race wins, Great Britain SailGP Team currently sits top of the leaderboard with 25 points. 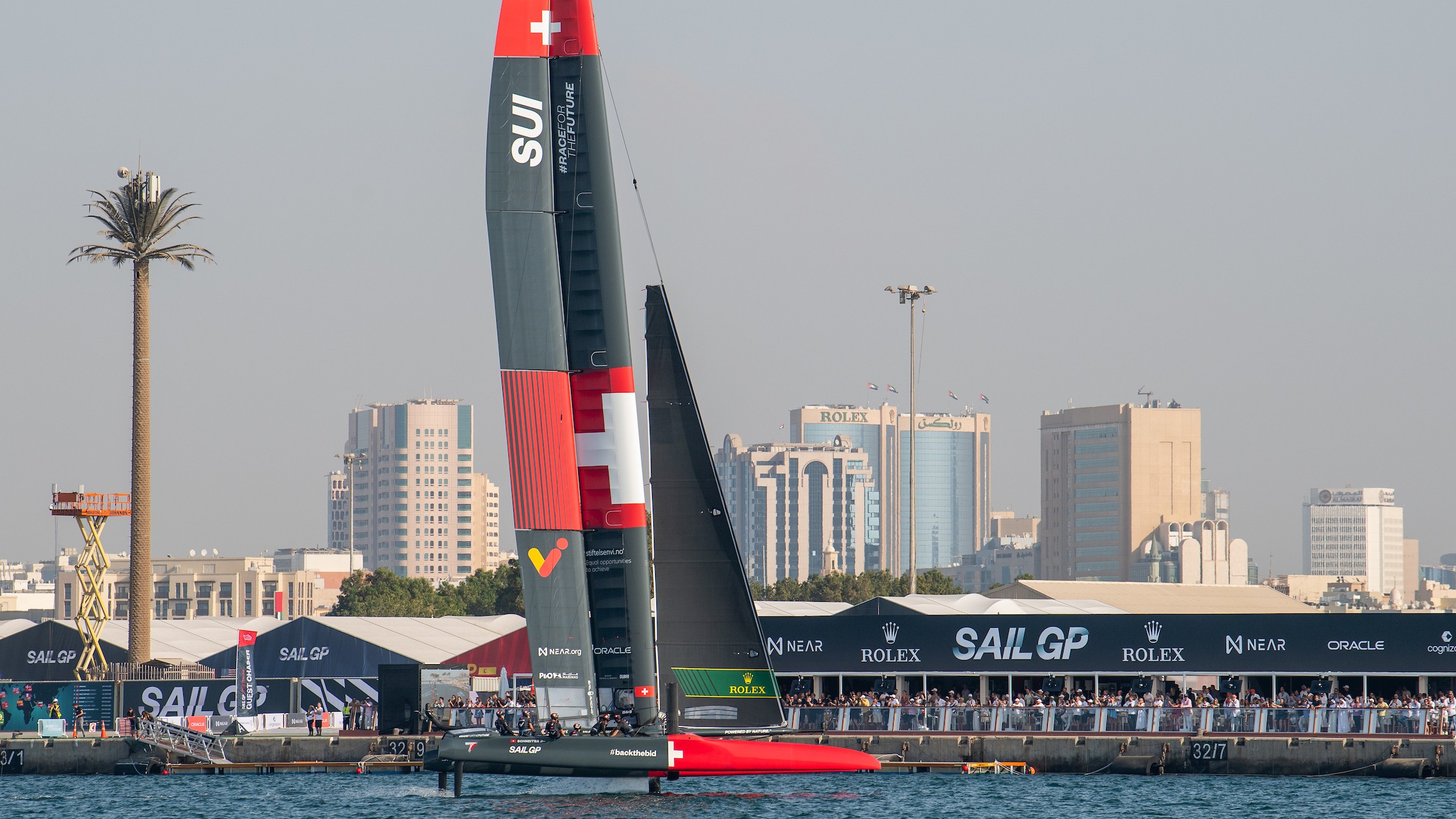 The compact course made for congested and tight starts, but the team begin to shown improvements with their positioning and were able to get clear, to start well in each race. By race 2 the breeze had dropped off, with the fleet barely foiling and by race 3 teams were forced to drop down to a four-person crew configuration. The race was later shortened to just three legs.

Speaking after racing, driver Sébastien Schneiter, “The starts are congested so it’s a pretty hard racecourse, but we had a good position on the start line for every race, which hasn’t been the case for us so far this season. During our three training days this week, the priority was on the starts so it’s good to see that it is paying off.

“At times during racing we had some problems technically so we couldn’t quite convert our strong starting position into a lead. We were in the mix though and fighting hard then in the last race we finally got our first top three finish since the beginning of the season."

For Dubai the team are debuting a new line up onboard with Nathan Outteridge in the strategist position. “Sailing with Nathan (Outteridge) onboard has been amazing; he’s been really good for our team, sharing a lot of knowledge, and he’s really passionate about teaching us how to sail the F50. We were missing him on that last race!" 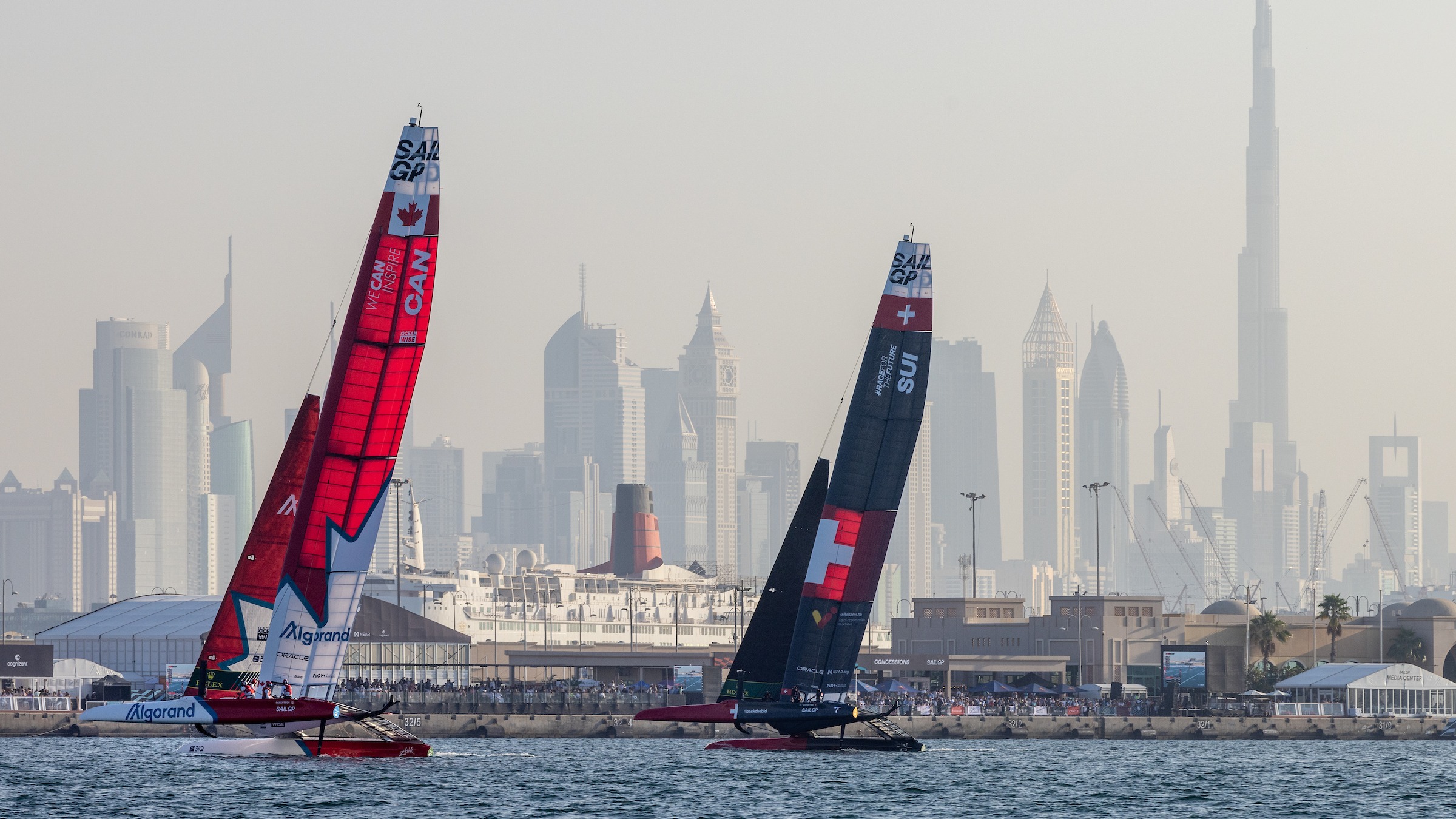 On looking ahead to tomorrow’s racing, “We are looking forward to some more breeze, which will hopefully make things a bit more relaxed and also faster, the conditions today were quite marginal.

“It’s tight on the scoreboard and for the first time, after the first day of racing, it’s still possible for us to be in the final which is great for us.”

Dubai Sail Grand Prix continues tomorrow with ‘Super Sunday’. The race committee confirmed two fleet races (over three) and one ‘winner takes all’ final race. Racing takes place 15:00-16:30 GST/ 12:00-13:30 CET. All the action will be streamed live in Switzerland on Blue Sports / Blue Zoom and YouTube at 12:00 CET. You can watch the full reply of race day one HERE.