After yesterday’s extreme breeze and record breaking speeds, today was extremely light on the Côte d'Azur. A different set of conditions for the Swiss to race in, with commentators labelling it a ‘marathon not a sprint’.

Despite the intention for the fleet to sail three full races, the breeze only allowed for one point scoring race. The Swiss were set to finish in second but were timed out by just 10 seconds, leaving them to finish fourth. Race two of the day - race five of the event - was eventually abandoned as the first boat failed to finish inside the designated time limit. 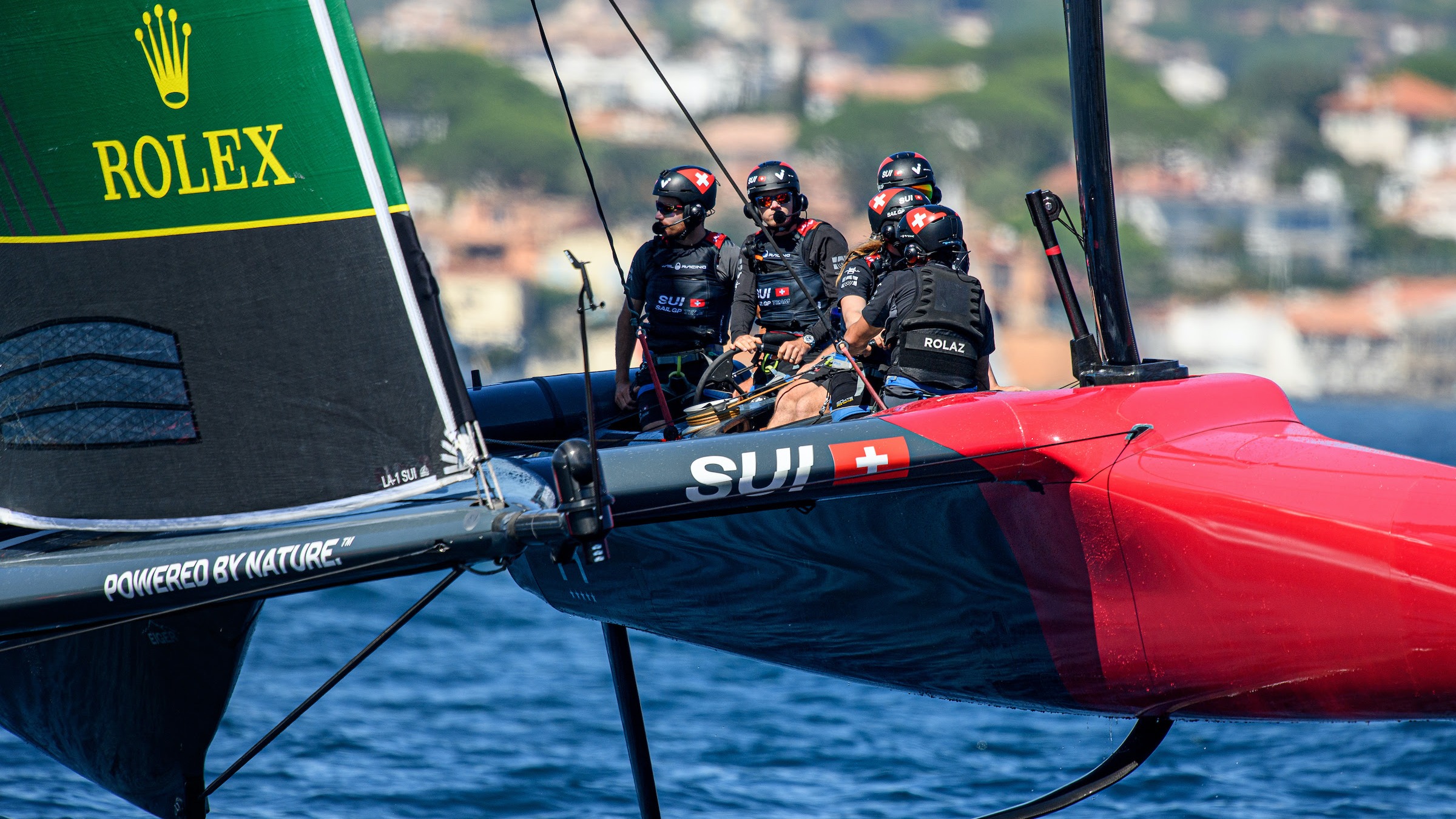 Swiss SailGP Team co-driver and sailing advisor, Nathan Outteridge, on the racing in Saint-Tropez, “It was an extreme weekend here in Saint-Tropez! Yesterday was really windy and today we had next to no breeze. The team is getting better and better but the results aren’t really showing that right now. If we hadn’t had the penalty points given to us from the training incident with USA, we would have come sixth overall at this event.

"The results will come; it took a long time for USA to win their first event [here in Saint-Tropez] and it also took time for New Zealand to be competitive and they are teams who have been sailing together for years.

"Overall, it’s been a good weekend for the Swiss. I’m seeing massive improvements throughout the whole team. Everyone is just grasping the concept of the boats and that was shown yesterday by getting the boat around the racecourse in that much breeze."

Co-driver and strategist, Sébastien Schneiter, continued, “We’ve been trying to learn as much as possible in the varied conditions we’ve had here in Saint-Tropez. We’ve also been rotating the crew in the different positions onboard.

"We are very lucky to have Laurane [Mettraux] who is really versatile and able to race in either the grinder (G2) or strategist (P6) roles. Jérémy (Bachelin) has also been in the G2 position and I’ve been in P6 and observing from the team chase boat at times. There’s been a lot of changes and we've had to adapt to the different crew line up, but that’s only going to make us stronger in the future."

Cadiz in Spain marks event six taking place 24-25 September, just under two weeks. “Cadiz will mark the half-way stage of Season 3 and we’re really looking forward to heading there in 10 days. It’s a great venue; I’ve sailed in Cadiz in the past for my Olympic campaigns and you can get anything condition wise, so that will be another interesting and challenging event for the F50s!"