The three-boat, winner-takes-all Final went right to the wire, with Quentin Delapierre’s team leading the way throughout the Final’s early stages.

Australia picked up an OCS penalty for crossing the start line early, reflected in the team’s low 16.11 km/h starting speed.

France’s starting speed was 20.9 km/h, but it was Great Britain that had the fastest speed, hitting 52.7 km/h as it crossed the line. Despite this, it was France that was first to Mark One.

France also picked up an average speed of 60.5 km/h throughout the nail-biting Final - over 10 km/h higher than Australia’s 50.7 km/h average and higher still than Great Britain’s 48.2 km/h.

The French also recorded the highest speed throughout the race, hitting 75.1 km/h on the second leg downwind, against Australia’s 68.3 km/h on the reach to mark one and Great Britain’s 67 km/h on the same leg.

The lowest speed of the race was also recorded on board the British F50 - 40.5 km/h on the final reach to the finish line after the team fell off the foils in a dramatic last-minute mistake.

However, it was Ben Ainslie’s Great Britain which performed the fewest maneuvers and sailed the shortest distance. The Brits sailed a total of 8,541m throughout the race against Australia’s 8,717m and France’s 8,849m. 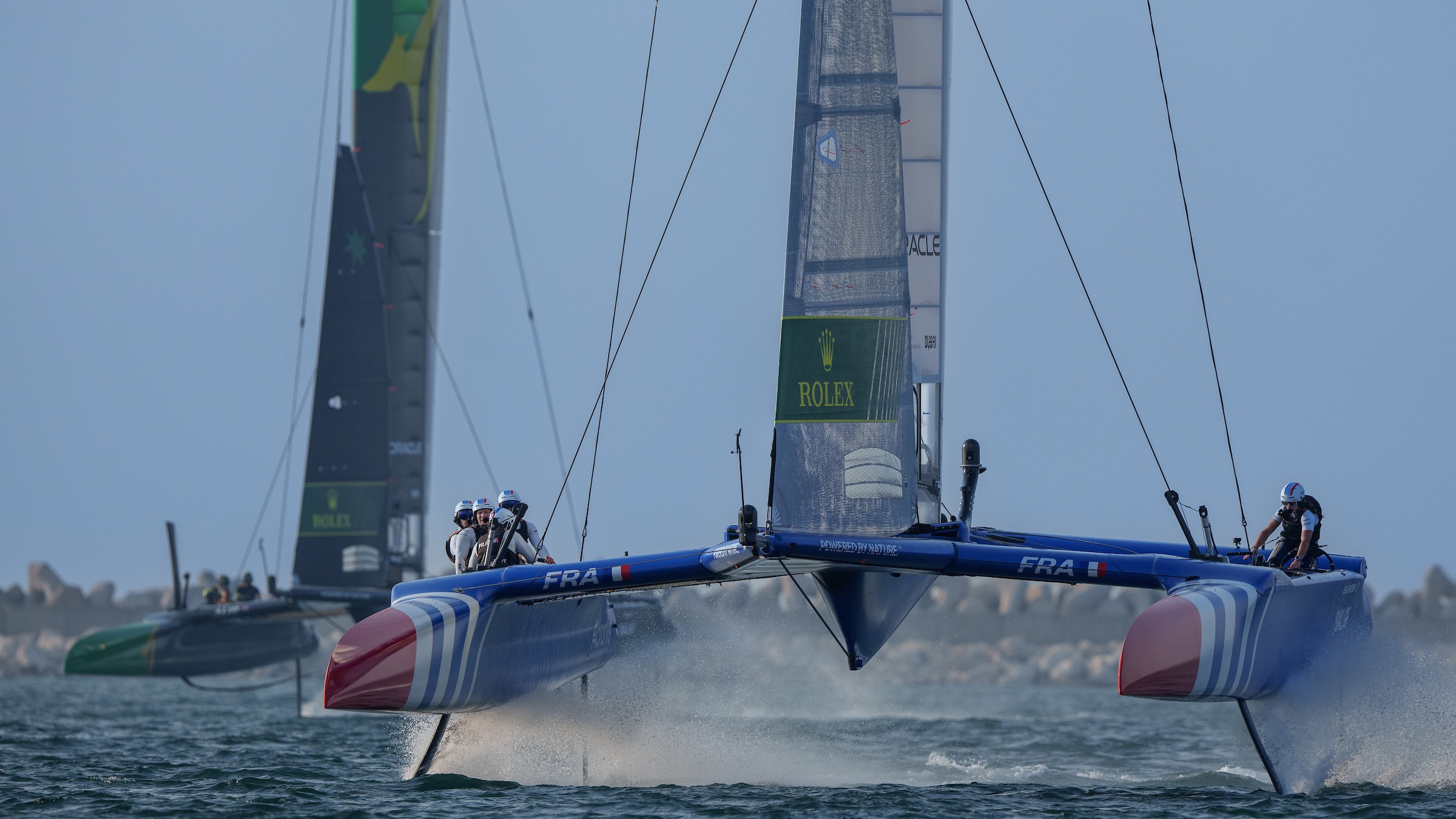 They performed a total of 13 maneuvers throughout the race - four tacks and seven jibes - while Australia and France both completed 14 maneuvers apiece. But Great Britain had the lowest fly time of the three boats - foiling for 93.6% of the race against Australia’s 98.1% and France’s 98.6%.