United States SailGP Team in the hunt; Second overall after day one in Dubai

Currently in second place, U.S. SailGP Team’s Jimmy Spithill has no illusions: the real battle begins tomorrow at the Dubai Sail Grand Prix presented by P&O Marinas. “Tomorrow is a reset; our goal is to make the podium,” said the team CEO and driver.

On a light-air day that saw the F50s struggling to find enough breeze to foil the team scored a seventh, fourth and second-place; securing second-place overall behind Great Britain, and tied on points with New Zealand. 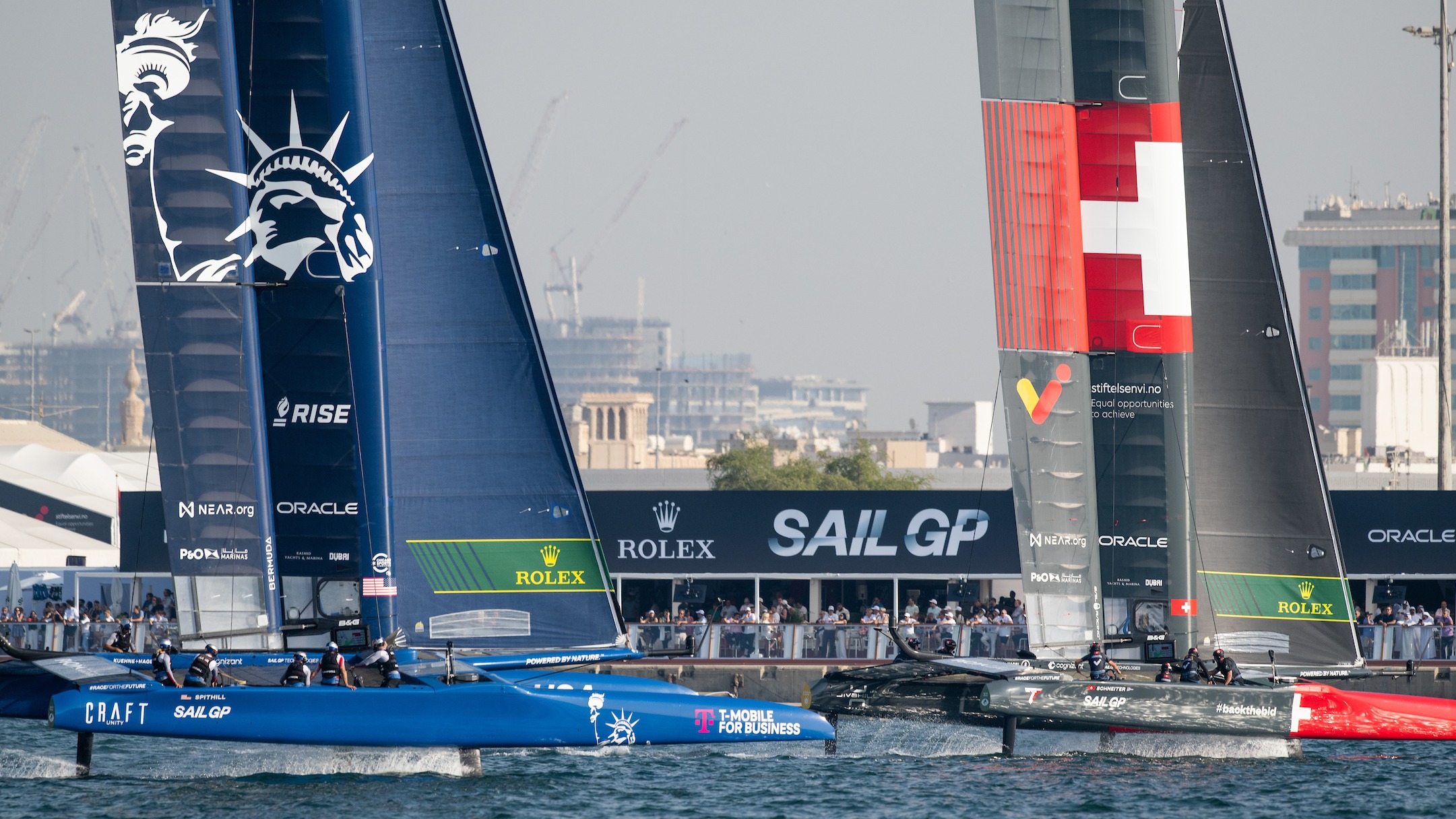 “We struggled in the first couple of starts – that was all me – but we managed to get it going in the last one,” said Spithill. He attributes the third-race success to the strong start, plus they finally cracked the code on how to break free of the pack.

With such a confined space to fit nine F50s, “It’s like the boats are stuck to each other with a piece of shock cord; we’re all just trying to get into clear air or find a clear lane,” said Spithill.

With Sunday’s wind forecast much improved (10 - 20 knots), SailGP plans to swap configurations on the F50’s from the light-air 29-meter to the all-purpose 24-meter wing sail. “It will be a completely different game,” Spithill said. “With more wind, the mid-size wing, and a tight race track, tomorrow is going to be pretty full on.”

Only two points separate second to seventh place in the event standings. “Our goal is to string together a few clean races tomorrow; making the podium is really the goal for us.” said Spithill.

HOW TO WATCH:
U.S. fans have a Super Sunday of SailGP in store: