U.S. SailGP Team sharing the stoke with the next generation of Danish sailors

Earlier this week, the United States SailGP Team athletes met up with local youth sailors as part of SailGP’s Inspire program. Here in Copenhagen (and at every stop on the 11-event season), each SailGP team pairs up with local sailing clubs as part of the league’s purpose-led mission to to help inspire the next generation of athletes. 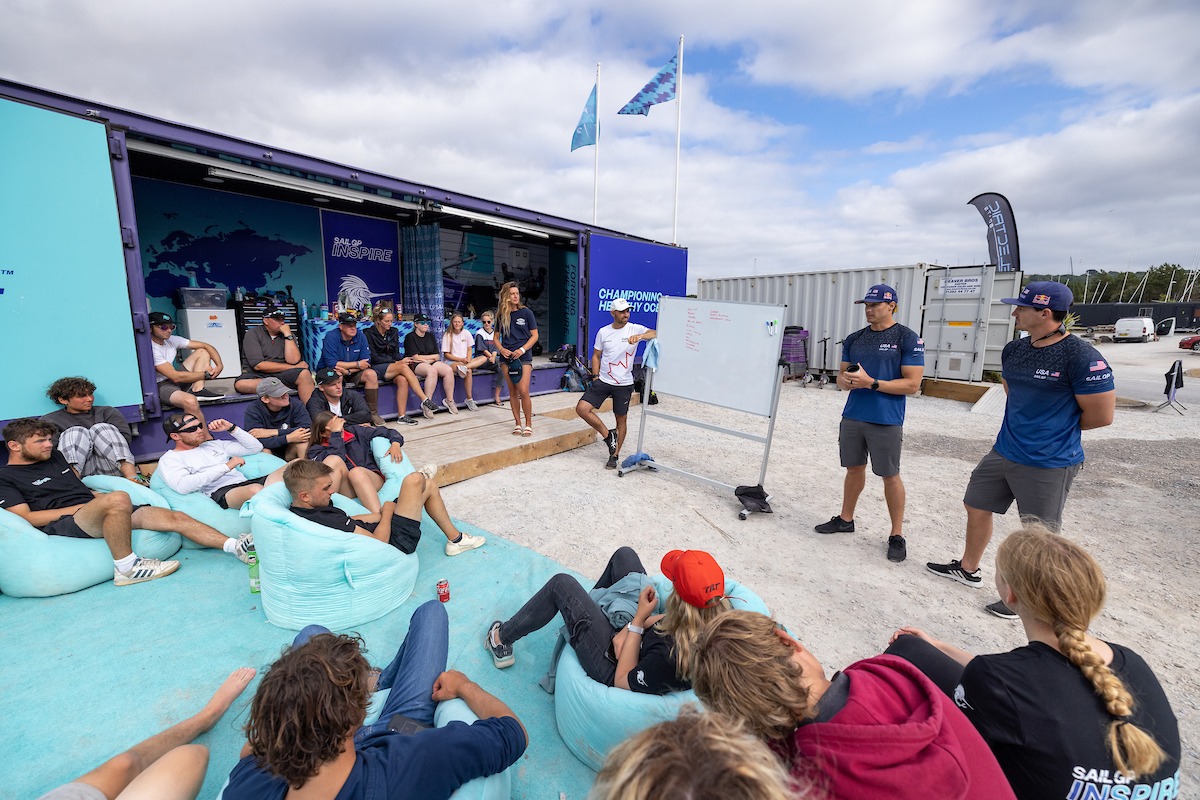 “The 29er is an especially fun platform and is one where youth sailors can really start to get addicted to high-performance sailing and the ‘need for speed,’” says Dressler. “I could tell that even the kids who were just stepping into the boat for maybe the first or second time were having a total blast, capsizes and all.”

He was extremely impressed with the skill level of these young athletes and says he wouldn’t be surprised at all to see this group competing at the Olympic level, or hopefully in SailGP one day.

Dressler clearly remembers when professional sailors stopped by his youth sailing club to say hello or offer coaching tips. In fact, he says it directly impacted his decision to pursue professional sailing.

“I think these encounters are important for young sailors because it is a learning experience that stays with them - it certainly did for me,” says Dressler. “Meeting pro sailors and hearing their stories literally inspired me to give it a shot myself later in life.”

Jimmy Spithill and Paul Campbell-James also stopped by the Inspire program to jump on an Armstrong wing foil board and give the young athletes a chance to learn from the pros. Both Spithill and Campbell-James have taken up the sport recently and can’t seem to get enough. We’re not sure who had more fun, Spithill or the kids? See for yourself.

With the Inspire program happening at every SailGP event around the world, Dressler says location doesn’t matter; the joy that sailing brings truly is universal.

“While you might see some differences, mainly with geographic logistics and little details, I see far more similarities – and these serve as a reminder to why I started sailing in the first place.

“We get to witness the joy/disbelief in someone rising up on the foil for the first time, the unmistakable anguish of a botched tack or gybe, the youthfully energetic competitiveness, and the goofing off ashore or between races. It’s great to see how universal the experience is for kids from all over the globe and from all walks of life.”