The New Zealand SailGP Team has added a new star to its line-up: three-time Olympian and former World Champion, Jo Aleh who joins the crew in Plymouth ahead of this weekend’s Great Britain Sail Grand Prix.

Aleh makes it three female athletes for the Kiwis alongside New Zealanders Liv Mackay and Erica Dawson. All are part of SailGP’s Women’s Pathway - an initiative launched in 2021 to fast track inclusion in the sport by training some of the world’s top female sailing talent to be competitive in all positions on the F50. 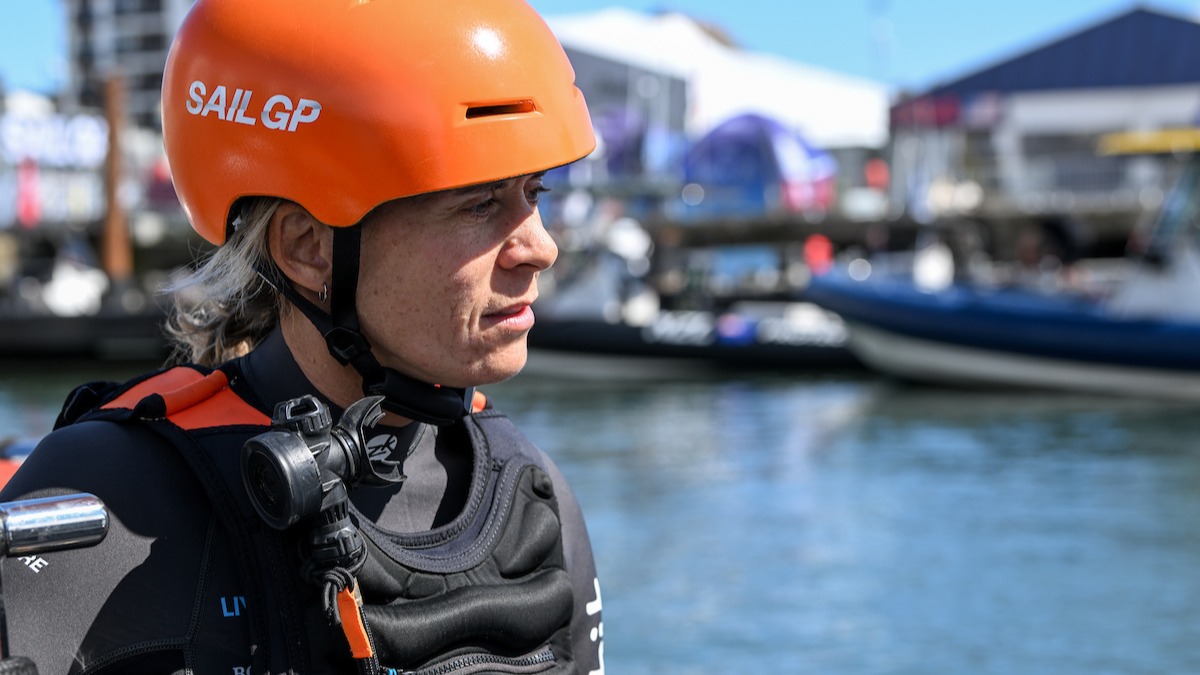 Aleh, who won Olympic Gold in London (2012) and Silver in Rio (2016) in the 470 class, brings extensive skill and experience to the New Zealand crew. She joined the team in Plymouth today (Wednesday BST) for team meetings, analysis and safety training before her first day on the water tomorrow.

“It’s hugely exciting to be joining the New Zealand SailGP Team,” she says. “There isn’t much time to train and learn as you go, so I’m really looking forward to being thrown right in the deep end to take in as much as I can before this weekend’s racing.”

“Sailing on Amokura for the first time is going to be pretty remarkable. These boats are so fast and high performance. When you add a super short format with just two days of racing, you have something that’s truly unlike anything else on water,” she says.

For Aleh, the learning opportunity goes beyond sailing at speeds of up to 100 km/h. With her background in partner and solo dinghy sailing, she’s also looking forward to being part of a larger unit.

“I love learning and challenging myself - that’s why I’m sailing again and it will be great to be part of a bigger team to understand more about the comms and how different positions work together to sail the boat well.”

This weekend, she will race in the role of strategist - feeding critical information to Driver Peter Burling to help make tactical decisions around the racecourse. In lighter winds, Aleh will also step into the second grinder position.

Having now competed professionally for 13 years, Aleh says she’s pleased to see pathways emerging for women in the sport but that there’s still work to be done.

“Five years ago, there were no real, competitive pathways for women to train and race at this level, so to see how this programme has grown and the opportunities it has opened up has been impressive but hopefully it’s only the start.”

“Eventually, we want [women] to be here because we’re the best ones for the job, not because we have to be. Reaching that point will mean training, racing and getting right in the mix with the guys.”