Tom Slingsby's Australia will qualify for the Final of this weekend's Singapore Sail Grand Prix, where they will face off against New Zealand and Great Britain for victory at our first ever Asian event.

This is according to the SailGP fans who took part in a poll asking them to choose the three most likely to finish on the podium at the SingaporeSGP, which begins at 14:00 SGT today. 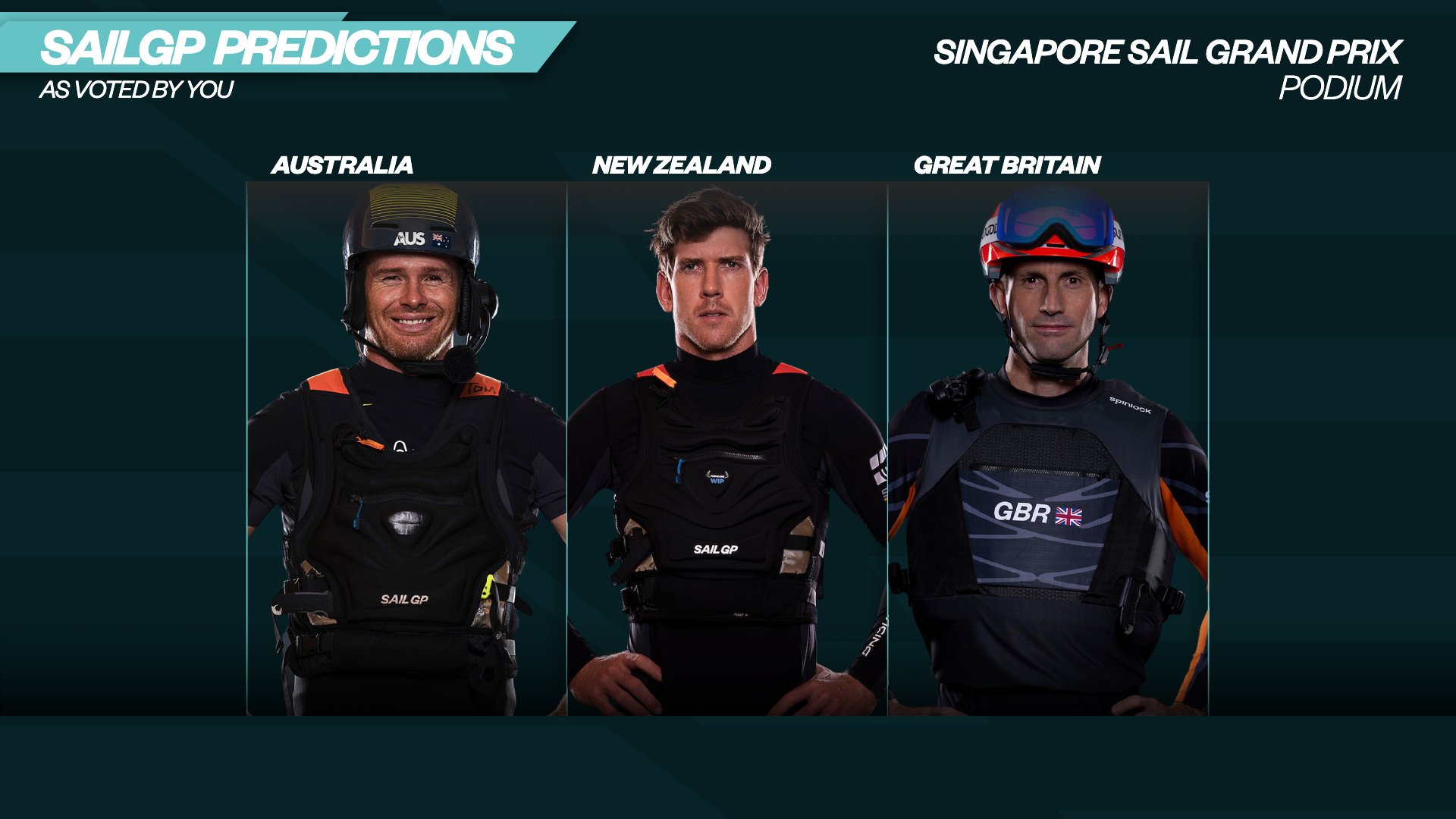 The Aussies - two-time reigning SailGP Champions - have once again been backed for major success at the eighth event of Season 3, earning 32 per cent of the vote to claim a place on the podium.

Slingsby's team won the most recent event - in Dubai in November - having been winless since the visit to Chicago five months prior. They are top of the overall standings, however, and another victory in Singapore would see the team extend their Championship leading heading into the final stretch of the campaign.

The Aussies are followed in the Championship rankings by New Zealand, who have been backed strongly to claim the second spot in the winner-takes-all Final which will secure them a podium finish.

This is all the more surprising as the Kiwis will beging the event on -4 points due to a penalty handed to Pete Burling's team for making contact with the United States during a practice session on Thursday.

Rounding out the top three, fans voted for Great Britain to also claim a place in the Final, where Ben Ainslie's team will be hoping for their first event win of the season - having still not bettered their second place finish at the season opener in Bermuda last May.