The United States reshuffled its crew line-up ahead of the event, bringing back veteran flight controller Rome Kirby as it faced ‘now or never’ pressure to get back into the season. 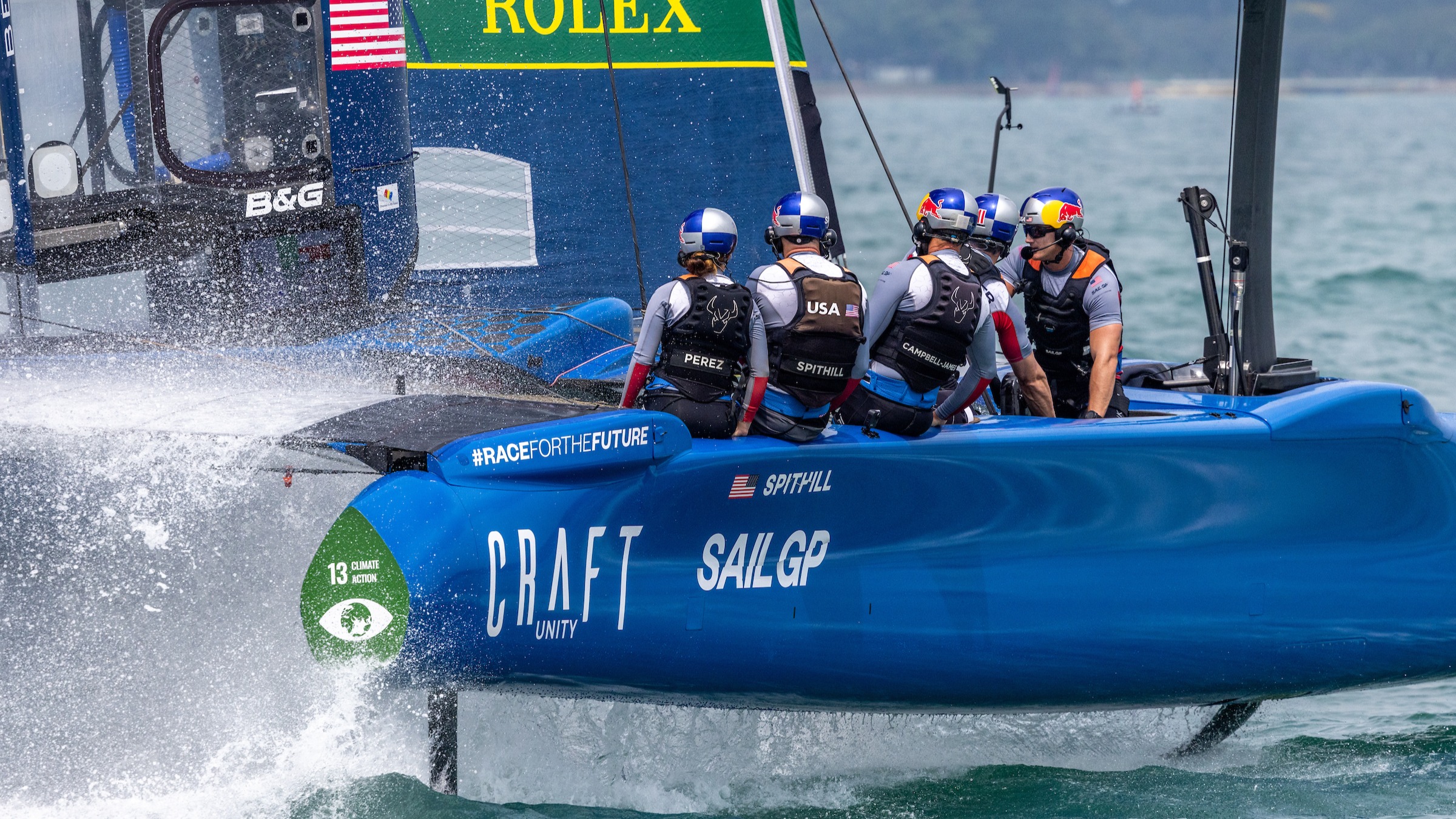 But the team finished the four fleet race schedule with an 8-1-8-8 record in a ‘hero to zero’ performance, according to Emily Nagel.

Two OCS penalties for crossing the line early in the first and fourth races proved fatal for the team, which struggled to recover from the back of the fleet.

Without these penalties, it ‘could have been a different story’, Todd Harris said.

“It wasn’t like there wasn’t anything [driver] Jimmy [Spithill] could do,” he said, “He could have taken a turn off.”

“Jimmy was a bit aggressive at the start and just misjudged it - he’ll probably take all that responsibility onto himself and perhaps rightly so.” 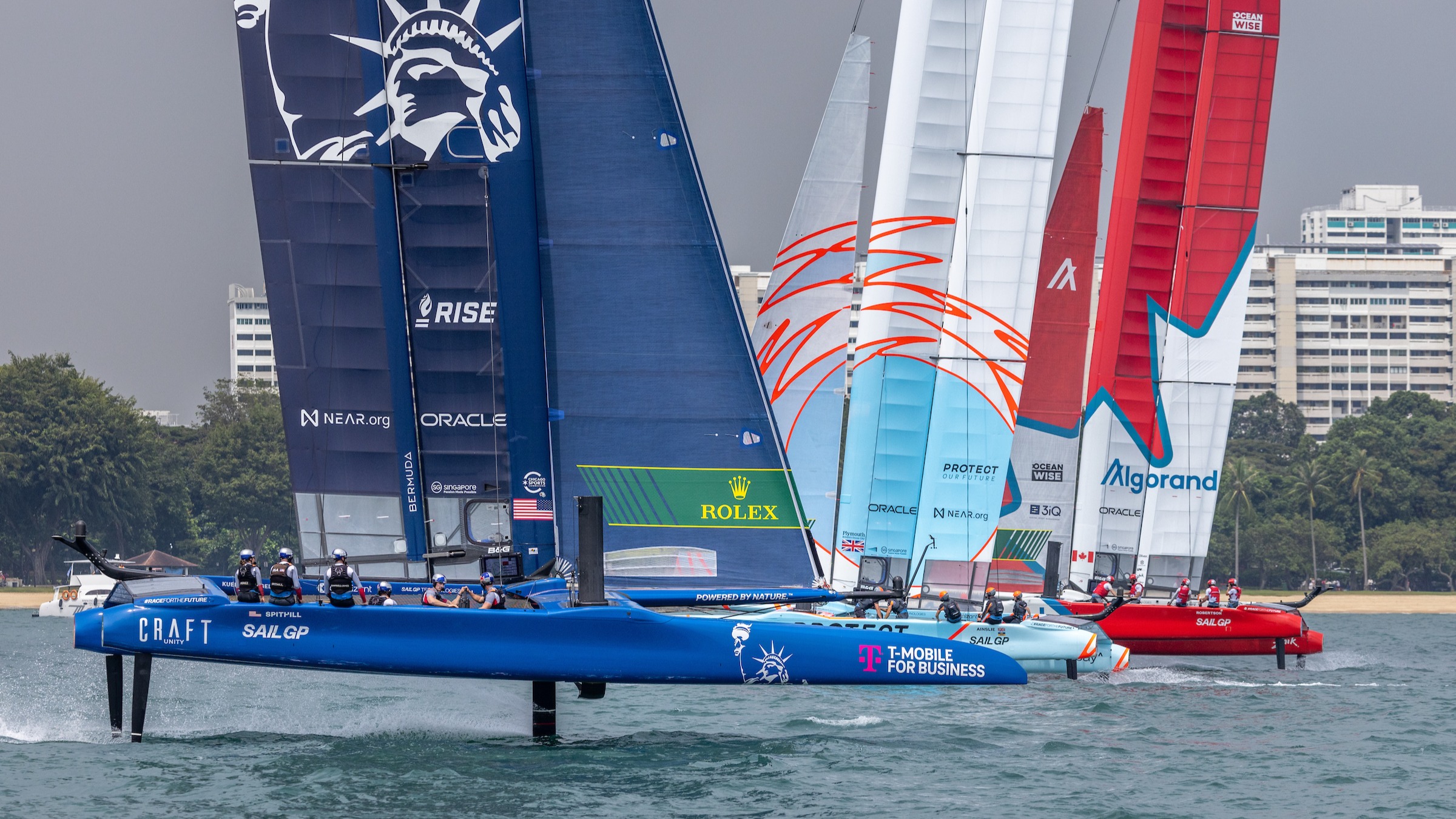 Nagel agreed the penalties were down to ‘poor judgement’, but argued the light wind conditions made it ‘tricky to slow yourself down’.

She pointed to Great Britain which ‘essentially missed’ the start of the fourth and final fleet race. “I could hear them saying they were late to the line, they chased the others around the racecourse but they didn’t get anywhere,” she said.

Quentin Delapierre’s France, which was riding high following a second place finish in Dubai and a win at the Spain Sail Grand Prix, also had a disappointing performance in Singapore. The team struggled in the light wind conditions and finished the weekend with a 7-9-4-6 racing record. 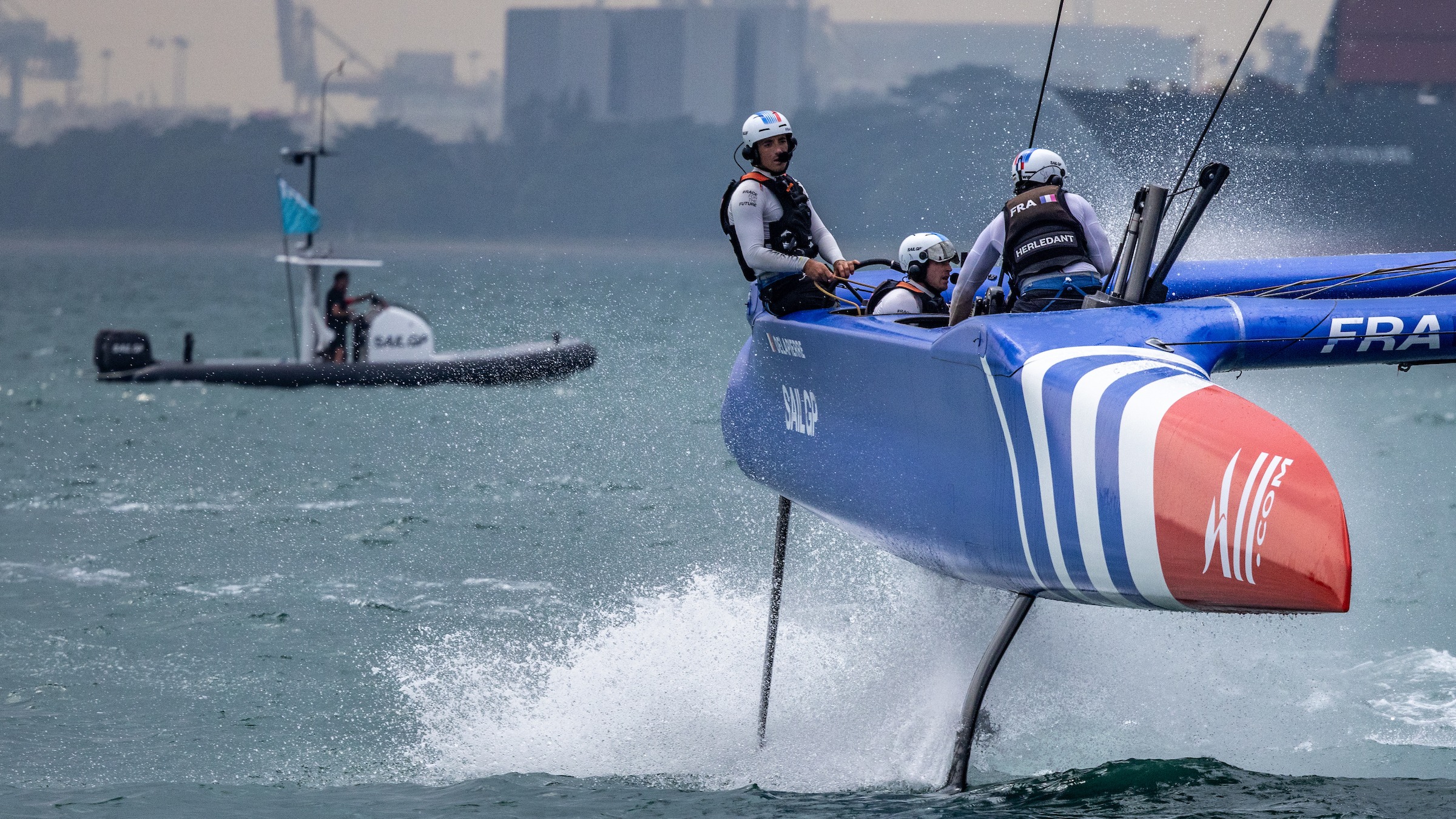 While the team might have been ‘annoyed’ with the result, ‘lots of lessons’ will have been learned, Morrison said, particularly around handling the largest 29m wing.

“It’s the nature of a light wind event - those big wings put massive holes in the breeze,” he said. “It’s not going to be panic stations, but they’ll be frustrated they lost a decent number of points.”

Harris agreed, arguing that France’s performance was the ‘real disappointment’ of the weekend. 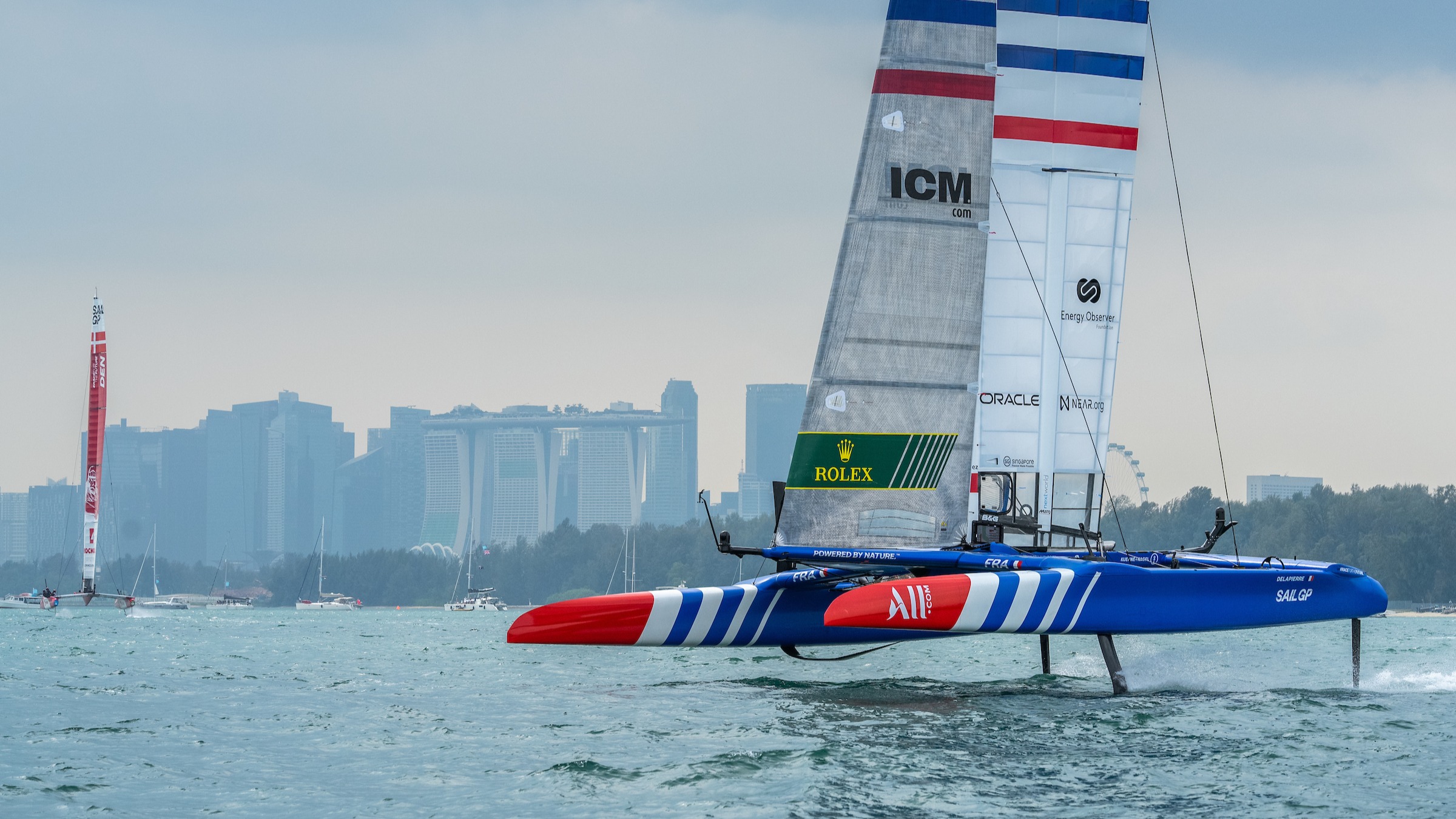 “They came in with all this momentum and people saying that this is the team to beat,” he said, “but once you get a last place finish, you are pretty much done.”

Singapore marked the best event yet for newcomer team Switzerland however, which saw driver Sebastien Schneiter guided to his first race win by vocal tactician Nathan Outteridge. The team then finished second in the fourth fleet race of the day, and finished just two points away from a place in the Final.

This was only possible, Morrison said, due to the ‘impressive’ ability of female athlete Laurane Mettraux, who has moved into a grinder position to allow Outteridge to take on the strategist role.

Harris meanwhile complimented the skill of Outteridge, arguing ‘you can’t have him on board and not have results’. 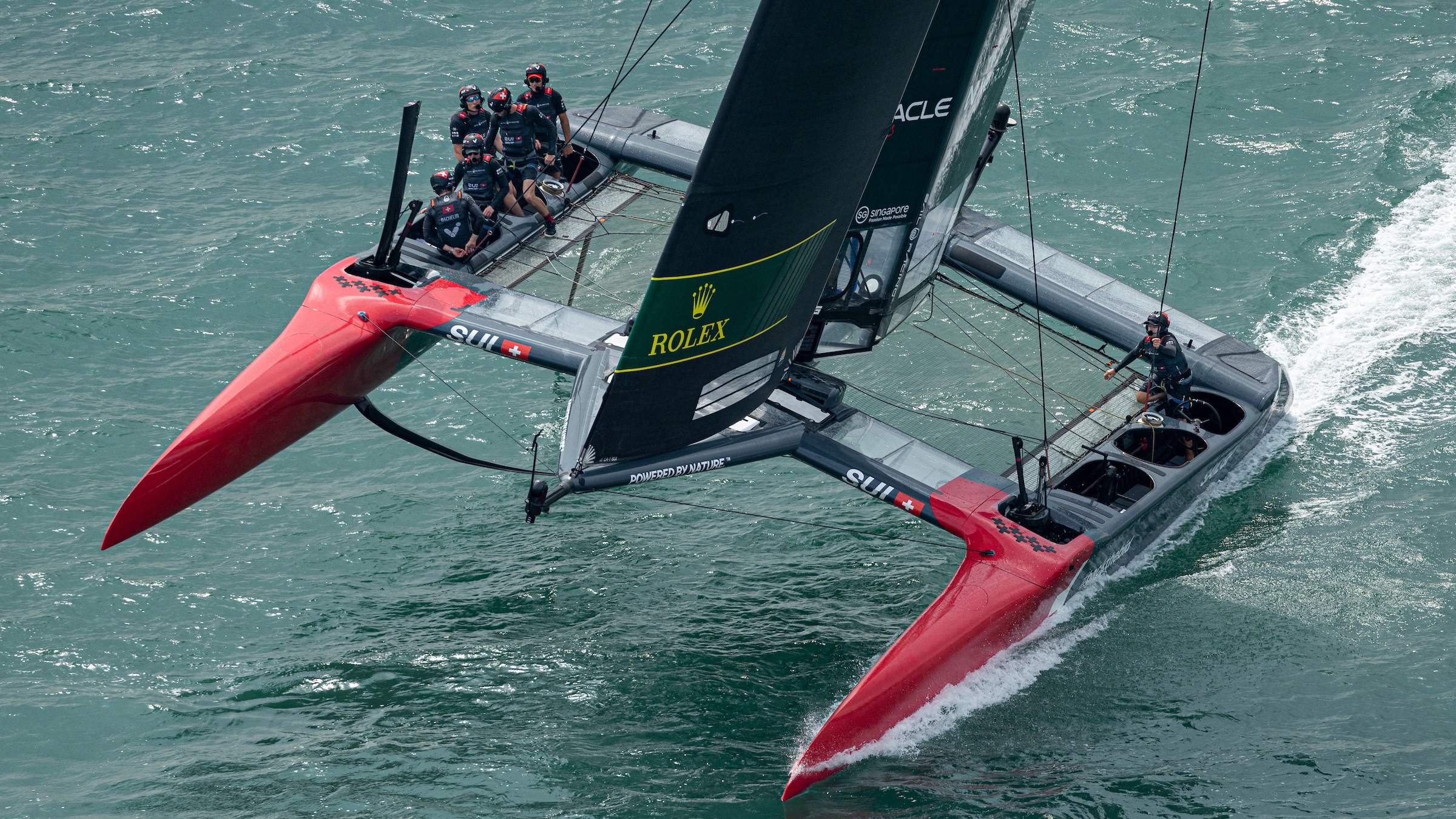 Nagel however said Switzerland’s success throws even more pressure onto Jordi Xammar’s Spain, which has not finished higher than seventh across Season 3’s eight events so far. In Singapore, the team finished in ninth overall with a 9-7-6-9 fleet racing record.

“There’s going to be questions for them- they just haven’t performed again,” Morrison said.

Nagel agreed that the team might be ‘getting a bit stressed at this point’. “They haven’t got any results and now Switzerland are proving that it can be done,” she said.

Elsewhere, all three commentators complimented the ‘impressive’ comeback by Peter Burling’s New Zealand, which fought back from a four point penalty in practice to win the event. 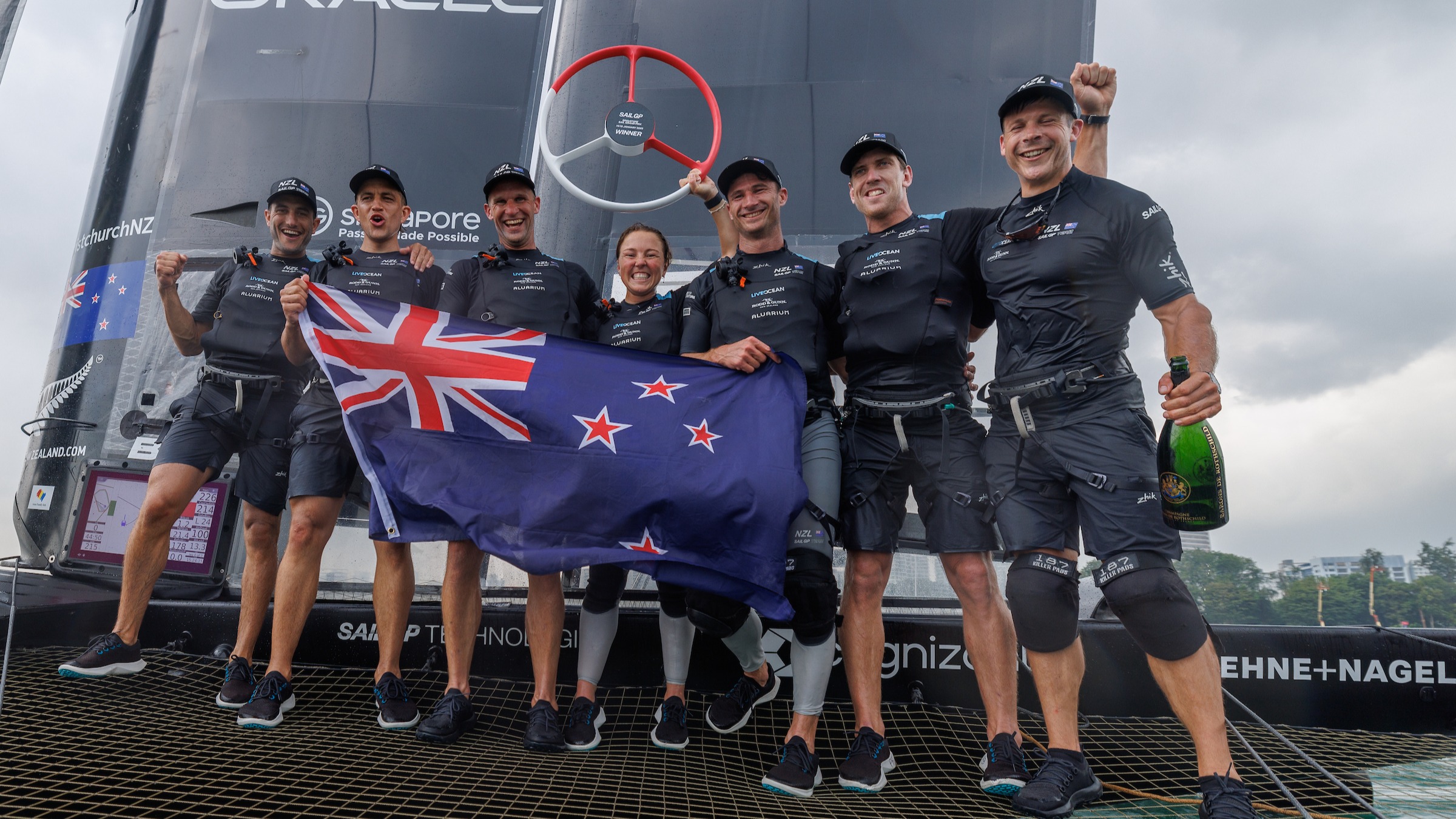 The team cruised into the Final tied on 29 points with Australia before beating the Aussies and Denmark in a dominating display.

The performance ‘proved how good that squad is’, Harris said, adding that the Kiwis winning the first and fourth fleet races was ‘the absolute playbook’.

Nagel attributed their ‘impressive comeback’ to ‘brilliant starting’. “They’re not necessarily the fastest or the closest to the line - but they’re very consistent at being in the best position,” she said. 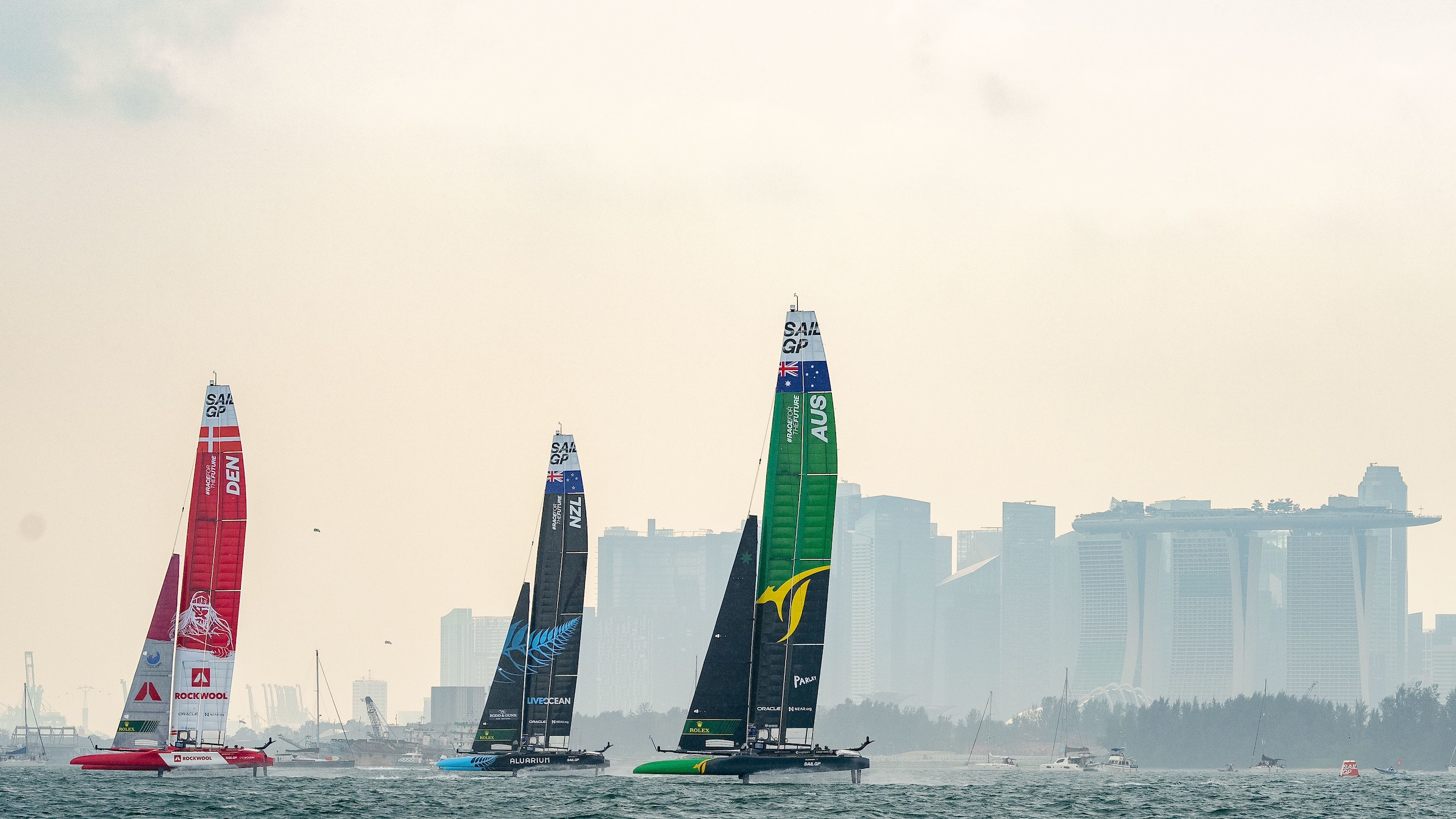 However, picking up the four-point penalty for colliding with the U.S. in practice was ‘not really acceptable’ in the first place, she said.

Morrison agreed, “It was a pretty stupid position to put yourself in on the practice day,” he said. “Pete wanted to push - but you know where the boundaries are.”

Despite this, the four point penalty ‘added to the drama’ of the weekend, Morrison said, with the Kiwis forced to rectify the mistake over a condensed schedule of four fleet races.