Denmark SailGP Team presented by ROCKWOOL ended Race Day 1 at the first-ever Singapore Sail Grand Prix in fifth spot after a tricky day on the water.

In light winds, the Danish team grabbed a third place in a delayed Race 1, following a strong start which saw them in the leading pack at the reach mark. 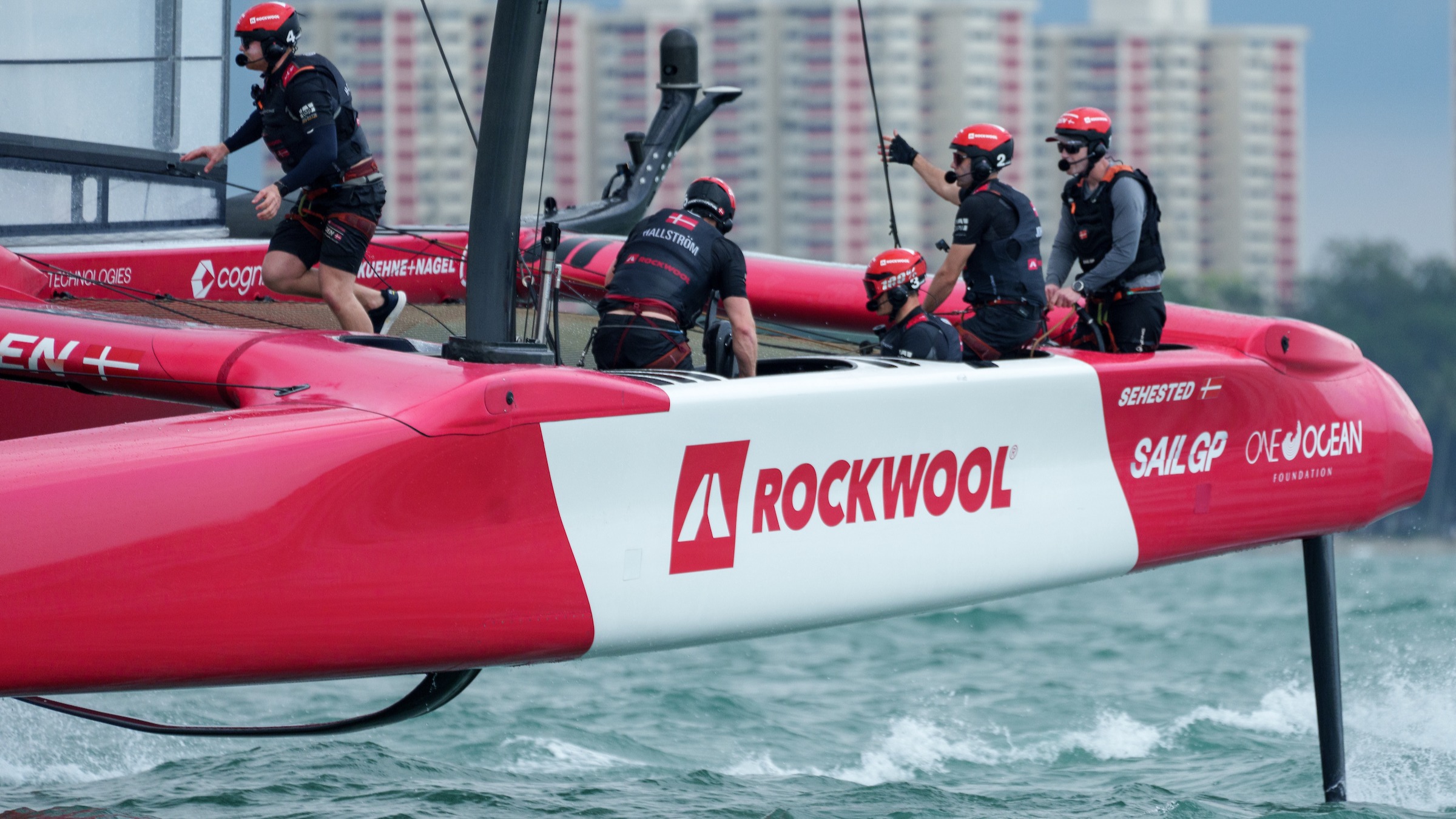 Despite the conditions, driver Nicolai Sehested and his crew held on to second position for much of that race, before being pipped at the final mark by Australia SailGP Team to land in third.

“It was frustrating to lose the place at the last moment, but we saw the Aussies coming and just couldn’t get our speed up in time to hold them off,” said Sehested.

That marked a solid return to SailGP racing for the Danes, who were forced to retire from the final day of the previous Sail Grand Prix in Dubai due to technical issues onboard its boat.

Sehested rued his team’s ‘bad luck’ then – and they didn’t catch a break in the second and final race of Saturday either.

“Overall, we’re happy we survived the day – it was a very tricky one,”Sehested continues. “We got a three and a six which keeps us in the mix. In SailGP, that’s all you can ask for, to go into day two with a chance - and we have to go out and finish the job tomorrow.”

The fleet raced in a 4-up configuration – Driver, Wing Trimmer, Flight Controller and Grinder – and Katja Salskov-Iversen stepped onto the handles from her usual role as Strategist.

“It was fun!” she said. “4-up is still something that we’re working on and getting used to, but we have been putting a lot of focus and effort into it. It was nice to try a few things out and execute, and I think we’re finding our groove with it now.”

The Singapore Sail Grand Prix will resume with Race Day 2 with Denmark SailGP Team hoping for a Super Sunday. The Danes carved out a reputation for strong second halves after reaching back-to-back finals in Plymouth and Copenhagen earlier this season.

“For sure, we’re confident, and we do like our ‘Super Sundays’. We just have to debrief, prepare well, and perform to our best – if we can do that, I have no doubt we can be in the final on Sunday afternoon,” adds Sehested.

Having announced its new More Speed Less Plastic initiative with partners ROCKWOOL and One Ocean Foundation, Denmark SailGP Team will also be keeping an eye on the top speeds across the fleet – and hoping that the breeze picks up.

The initiative will see the team divert 10kgs of ocean-bound plastic for every 1km/hr of its top speed in each remaining Sail Grand Prix this season. One Ocean Foundation will also commit to offsetting on behalf of the fastest team from the fleet in each of the next four events.