A France bounce-back or Kiwis recover? Five things to watch for on day two in Singapore

The second day of the Singapore Sail Grand Prix is here. Will light winds again play havoc with the racing schedule and can France bounce back from the bottom of the leaderboard? We round up five things to watch out for when racing resumes at 14:00 SGT on January 15.

Will the wind show up? 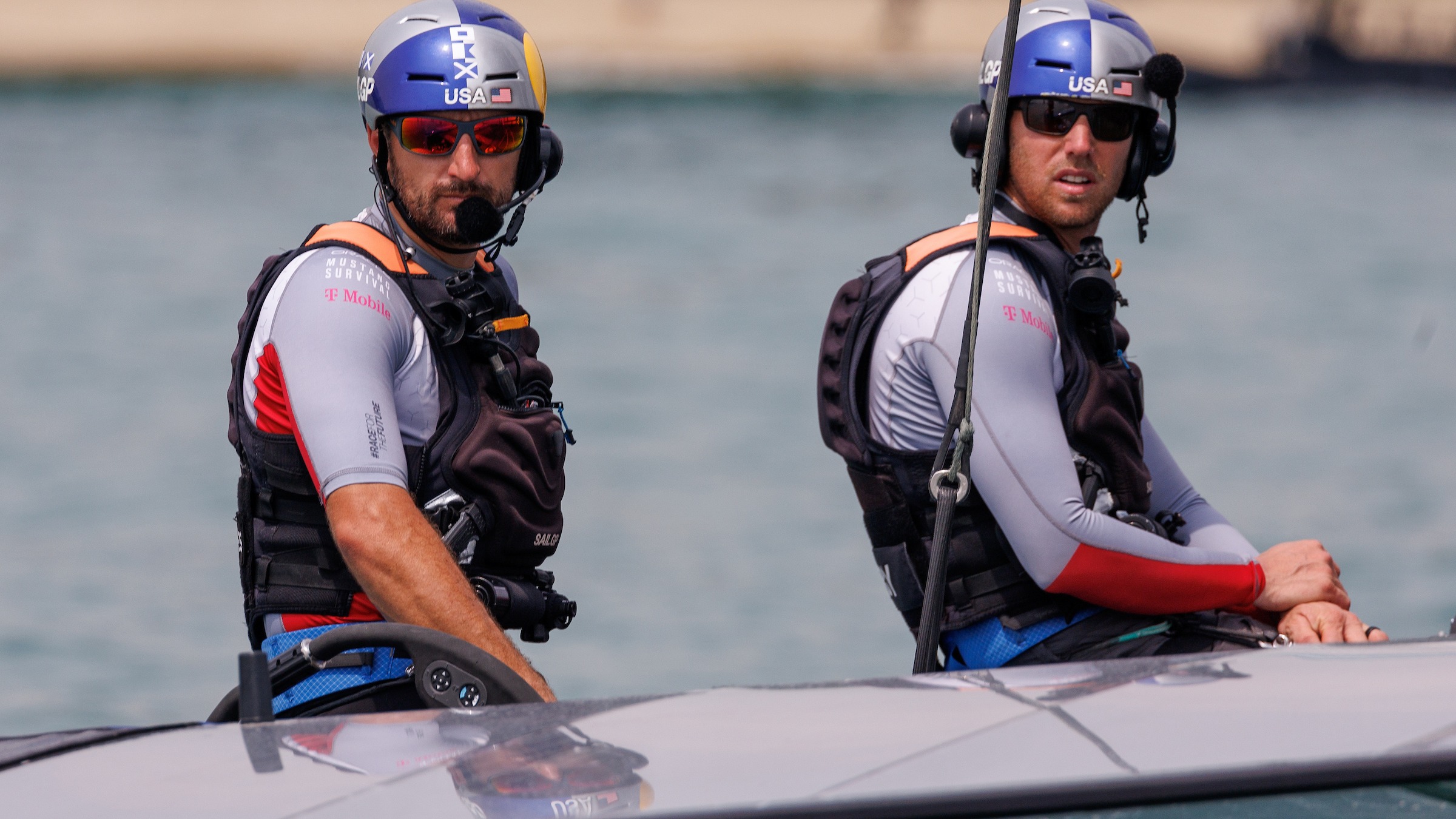 Light wind conditions of just 6 - 14 km/h plagued the racecourse on the first day of racing, delaying the first race by 50 minutes and resulting in a reduced scheduled of just two fleet races. Teams dropped down to four crew, who multitasked roles as they fought to overcome the unique challenges of racing in patchy, light winds. Will will see gustier conditions on day two? Here’s hoping. 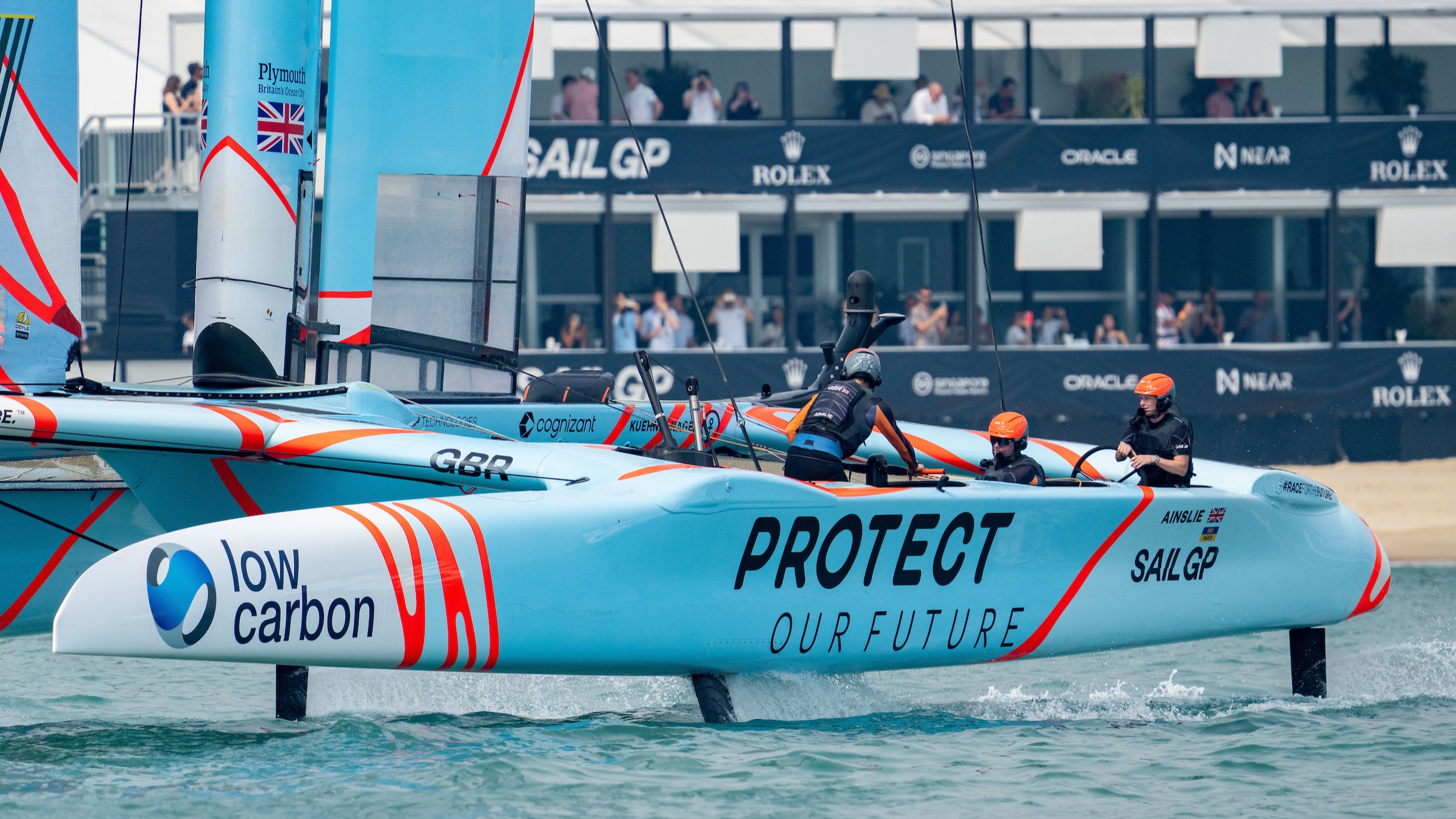 Australia may be sitting at the top of the leaderboard with 18 points, but it’s a game of fine margins. Great Britain and Canada are snapping at the Aussies’ heels with 14 points apiece, followed by the United States and Denmark with 13. There are just two points separating the Brits in second and New Zealand in sixth, meaning the second day of racing is anyone’s game.

Can France bounce back? 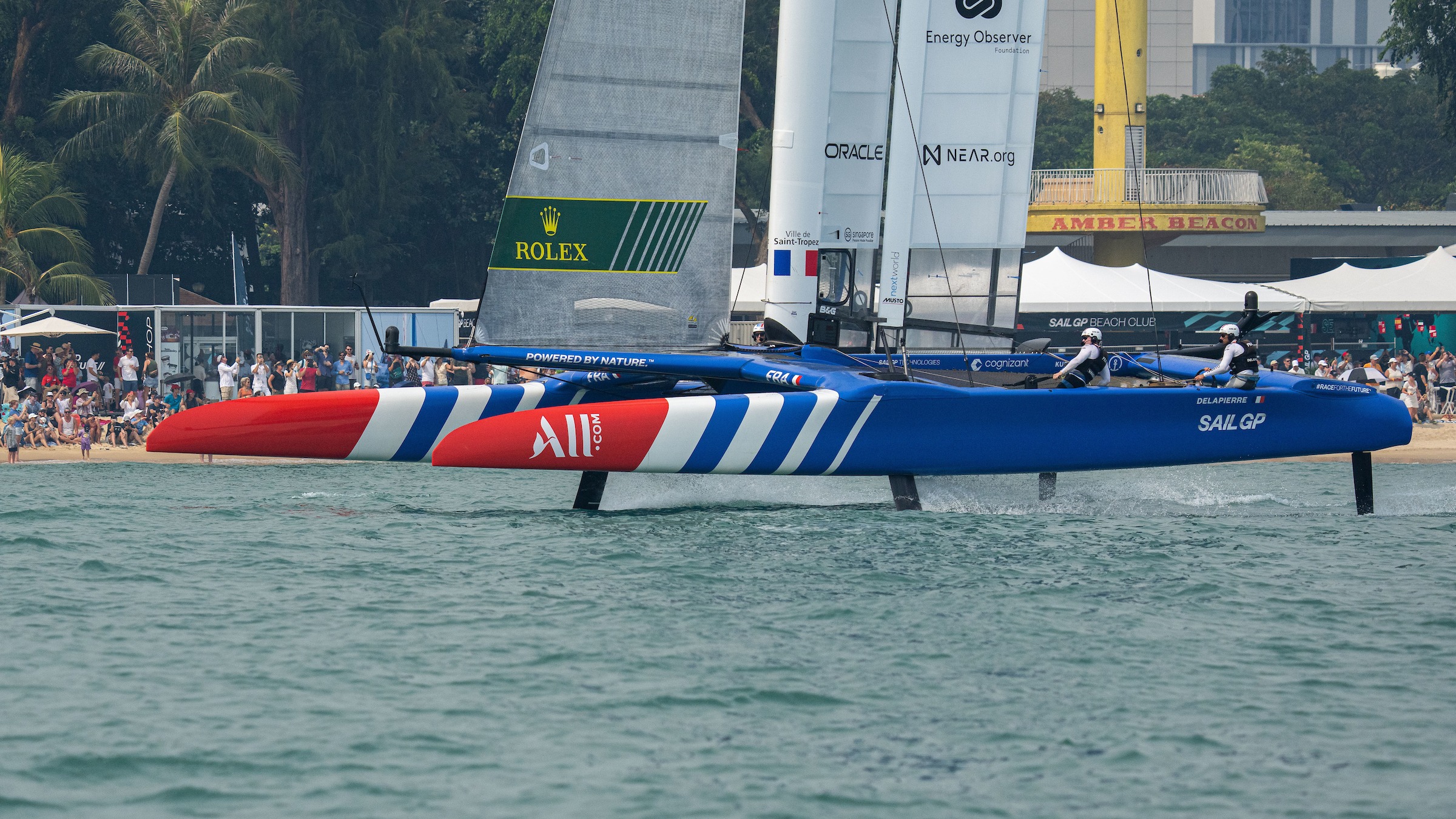 It was a frustrating day for France, which struggled to navigate the turbulent, capricious conditions. Seventh and ninth place finishes mean the team is sitting uncharacteristically at the bottom of the leaderboard with six points - the same as Spain. Can Quentin Delapierre’s team battle back on day two or will they lose their coveted third place position on the overall Championship leaderboard?

Will New Zealand recover from its pre-race penalty?

The Kiwis had a bad start to the event, picking up a four point penalty in event rankings for a collision with the United States in practice. This meant they started the event with -4, leaving them with a mountain to climb to get back in the running. But the team performed well on the first day, winning the first race and battling back from an early penalty to claim fifth in the second. Without that four point penalty, the team would currently be sitting second on the leaderboard - but there’s everything to play for on day two. 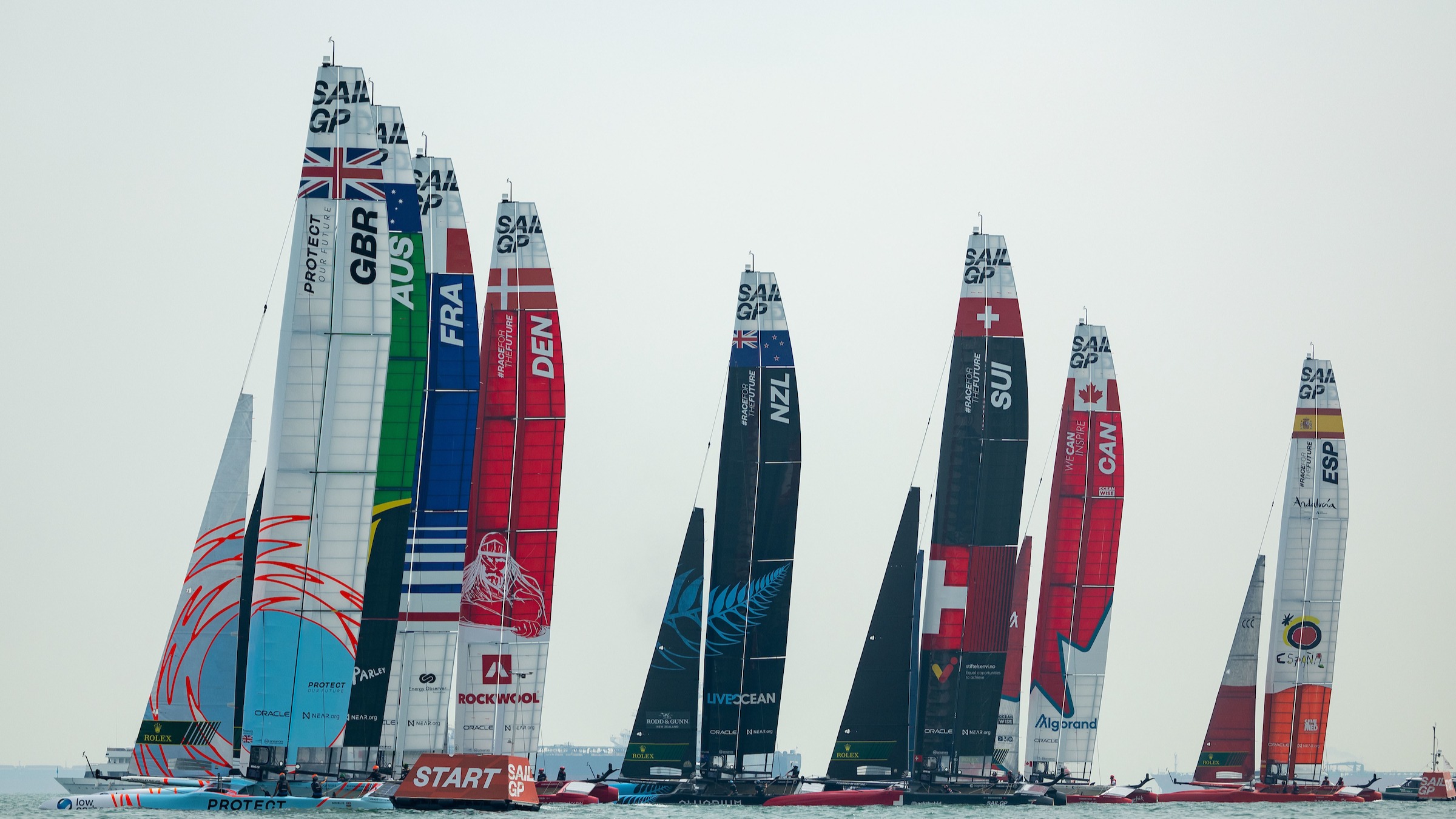 Saturday’s light winds delayed racing by 50 minutes and resulted in a disrupted racing schedule of just two fleet races - making every point even more valuable. Sunday could feature any number of fleet races to compensate meaning teams will have to be on their toes and ready for whatever the day throws at them.

Racing resumes at 14:00 SGT on Sunday January 15. Tickets to the Singapore Sail Grand Prix are available HERE. Full broadcast information and How To Watch details are HERE.