The New Zealand SailGP Team has nabbed victory on Singapore waters, winning the league’s inaugural Asian event and bringing the Kiwis one step closer to the final in San Francisco.

Docked four event points following a penalty in training, some pundits predicted the worst for the Kiwis this weekend but the team came out firing, putting together four solid fleet races before claiming the winner-takes-all final. 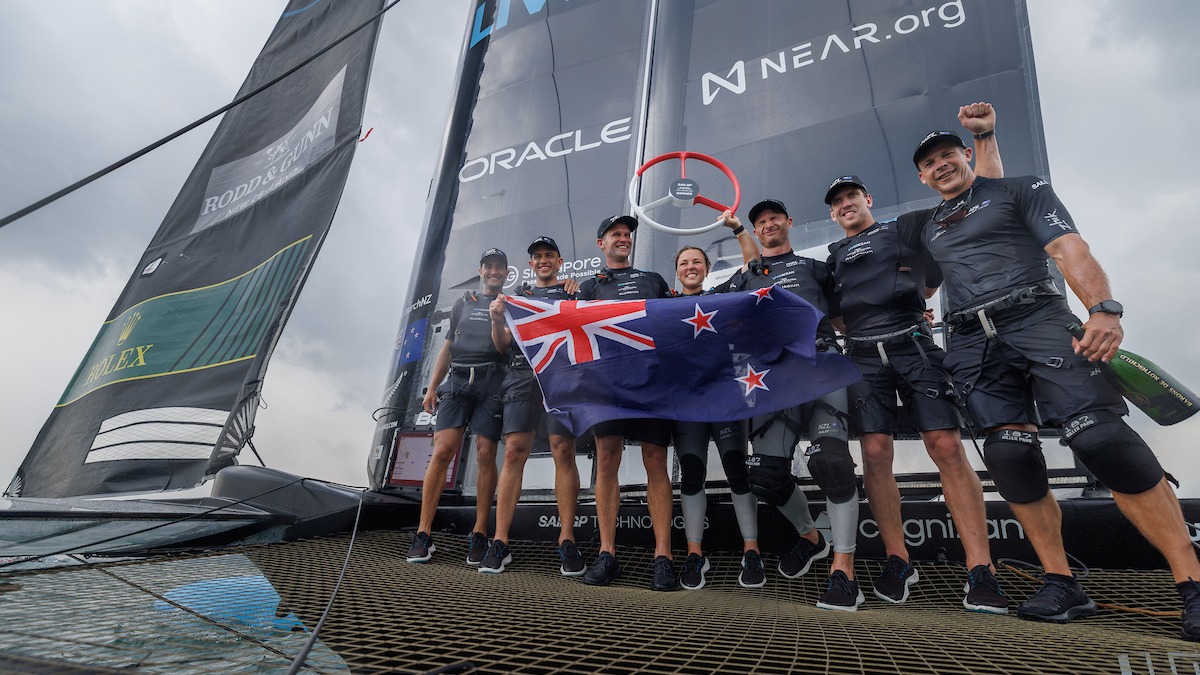 Speaking onboard Amokura after the final race, Driver Peter Burling said he was thrilled with the team’s performance, “Everyone’s been working super hard and putting in so much effort on and off the water. This weekend we got to see all of that come together.”

Strategist Liv Mackay said she was “stoked” with her second victory on board (the team’s third event win) - which felt even sweeter after entering the weekend at negative four.

“It’s definitely not how you want to start the week but we put it behind us, focused on sailing the boat well and took advantage of what we had in front of us,” Mackay said.

Wing Trimmer Blair Tuke agreed: “As a team I think we showed a lot of resolve and grit to get past that penalty and focus on putting together some really solid fleet races. We always back ourselves for the win in the final and this weekend we did just that.”

After a first and fifth place finish on Saturday, it was all to play for on Championship Sunday. New Zealand entered the day sixth on the event leaderboard after Saturday’s fleet races but just two points behind second place. A second and third in the final qualifying fleet races earned New Zealand the points needed for a place in the final, alongside Denmark and two-time SailGP champions Australia.

And a thrilling final it was, with a wind shift pushing the breeze up to 33 kilometres per hour - well in excess of conditions in which the 29-metre wing is usually implemented. Winning the sprint to mark one, New Zealand executed well across the racetrack, gradually increasing their lead to finish more than 250-metres ahead of Denmark in second and Australia in third.

Tuke said, “The 29-metre wing configuration is very much designed for the bottom end of conditions to help get the boats up and foiling in lighter winds. We were obviously well above that in the final race today, so it was a big challenge but also a lot of fun. We managed to get in a solid start, then sailed the boat well across the course from there.”

With only three events left on the calendar, Burling said the team was “totally focused” on making the final in San Francisco.

“This weekend definitely helps and we’re happy to have gotten some distance between us, Great Britain and France, but when you look at the overall season leadership, what really matters is being in that top three at the final event. It’s great to get the win here in Singapore, and we’re looking forward to the next two events in Sydney and Christchurch,” Burling said.