The Singapore Sail Grand Prix kicks off today (January 14). Ahead of the event, SailGP CEO Russell Coutts reveals his behind-the-scenes insight of the fleet in practice racing.

We’re here in Singapore for our first visit to Asia and the forecast for the weekend is clearly for light winds. That means the start and positioning around the course are going to be the crucial factors when it comes to racing. It will be about reading the fleet patterns to give yourself the maximum chance of clear wind lanes and thus judging when and where to make the maneuvers will be key. 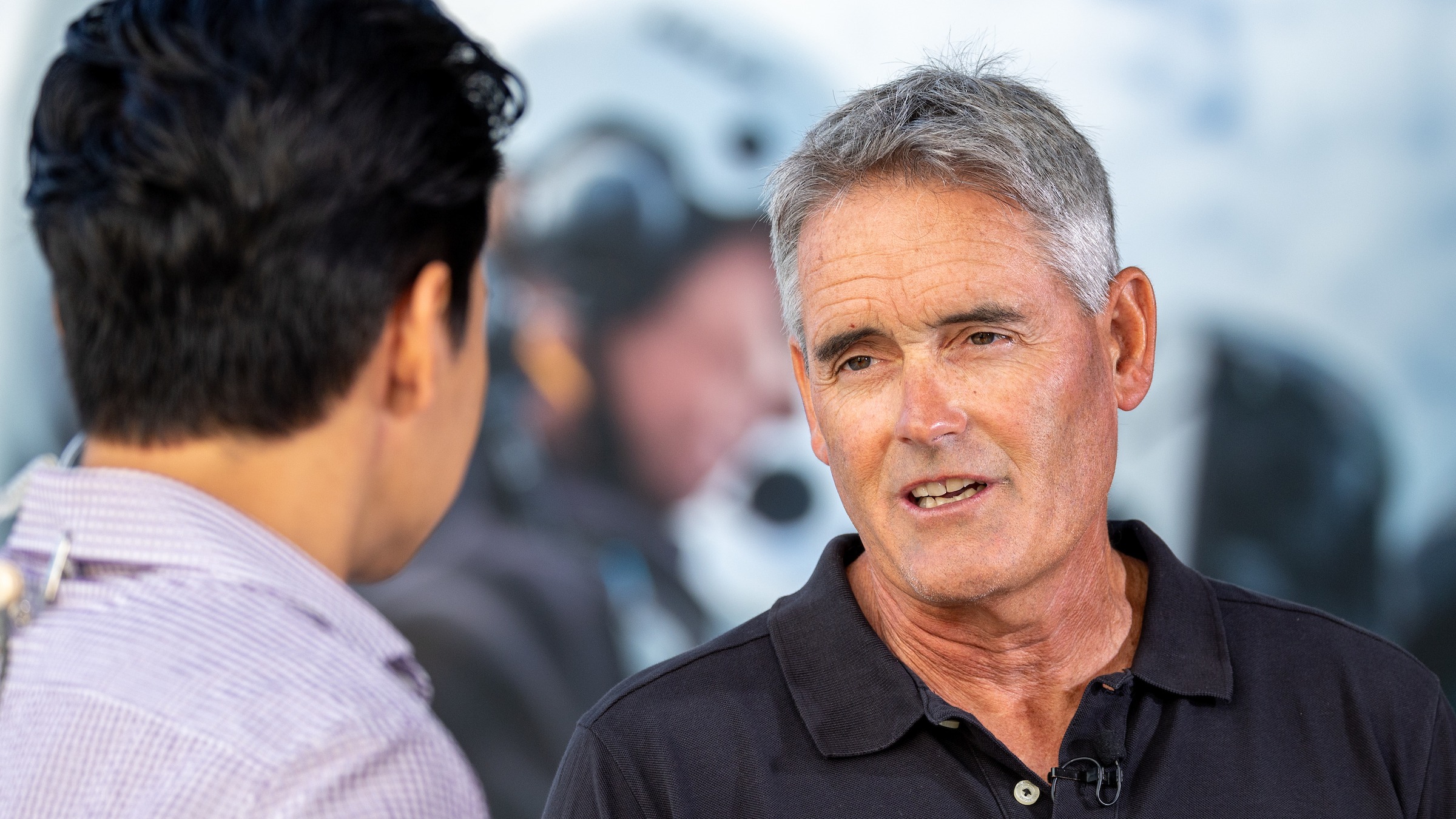 Obviously if you get off the start line well it’s a lot easier because you don’t need to worry about the influence of the other boats so much. So this weekend may not be adrenaline fueled racing but it will nevertheless provide interesting racing and we could definitely see a big shake up on the points table. 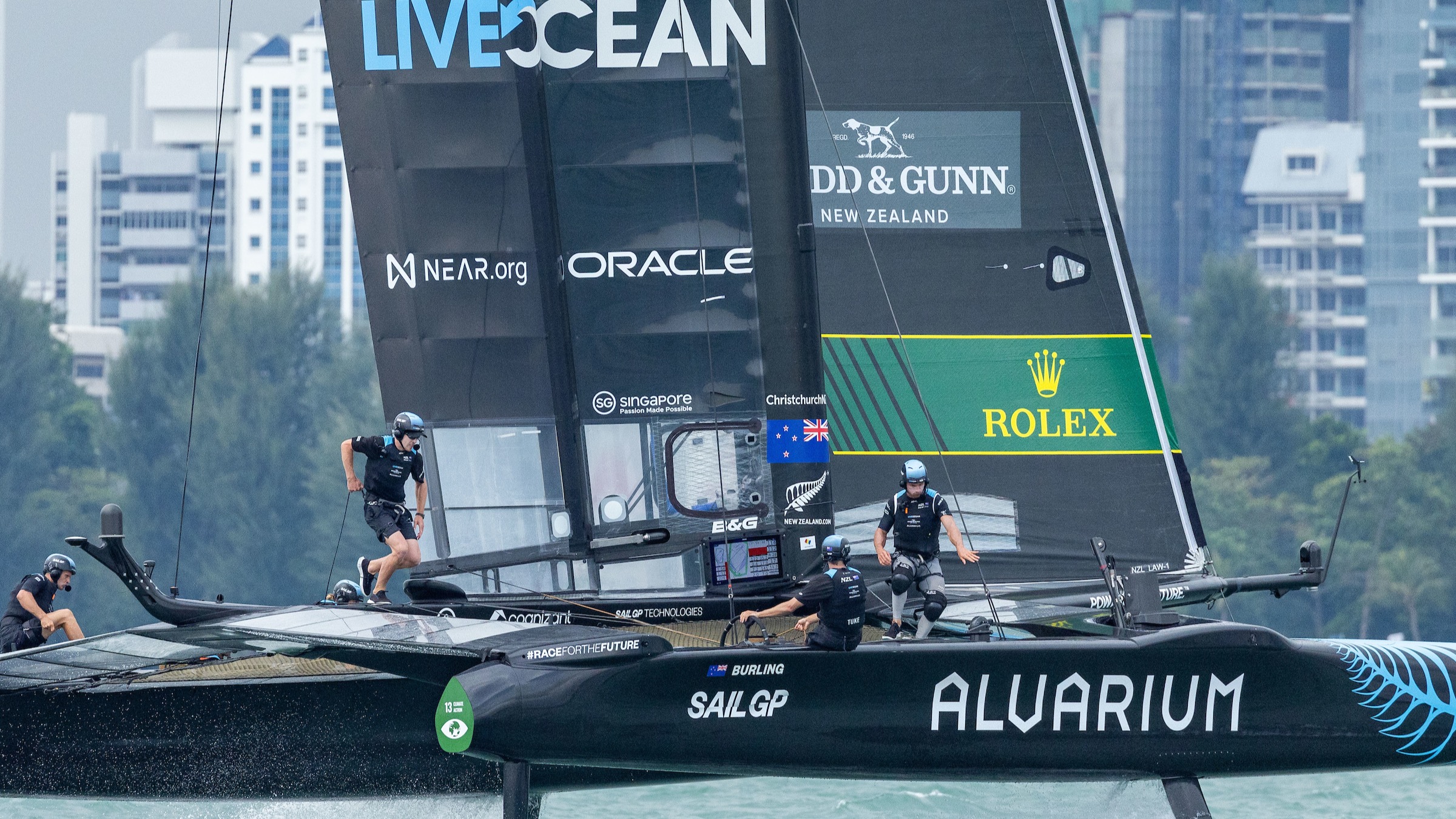 Therefore, one would imagine these are probably the conditions the Kiwis wanted the least. In fact, the New Zealand team has already been penalized four points before the event has even started for a collision with the U.S. team in practice. The video of the incident shows that it was a complete misjudgment and it means they’ll be starting with -4 points and will be docked two season points after the event.

That’s pretty devastating despite Peter Burling putting on a brave face in the press conference. They are just one point ahead of France and only just ahead of Great Britain, so it means the race to stay in the top three to secure a spot in the Season Final in San Francisco is really on.

If you look at average points so far this season, Australia has averaged around 8.5 points or between second or third place at each event while the French, British and Kiwis have averaged around fourth. The Danes, Canadians and Americans meanwhile have been averaging fifth or sixth. Therefore, for those teams that are back 10 points or more, it would mean two of the three teams closest to the podium - New Zealand, France and Great Britain - would need to have uncharacteristically bad results for the next few events while the Danes, Canadians and Americans really need to place in the top two. I therefore feel it’s a long shot for some of those other teams to make the final three - but stranger things have happened and they obviously won’t be giving up. 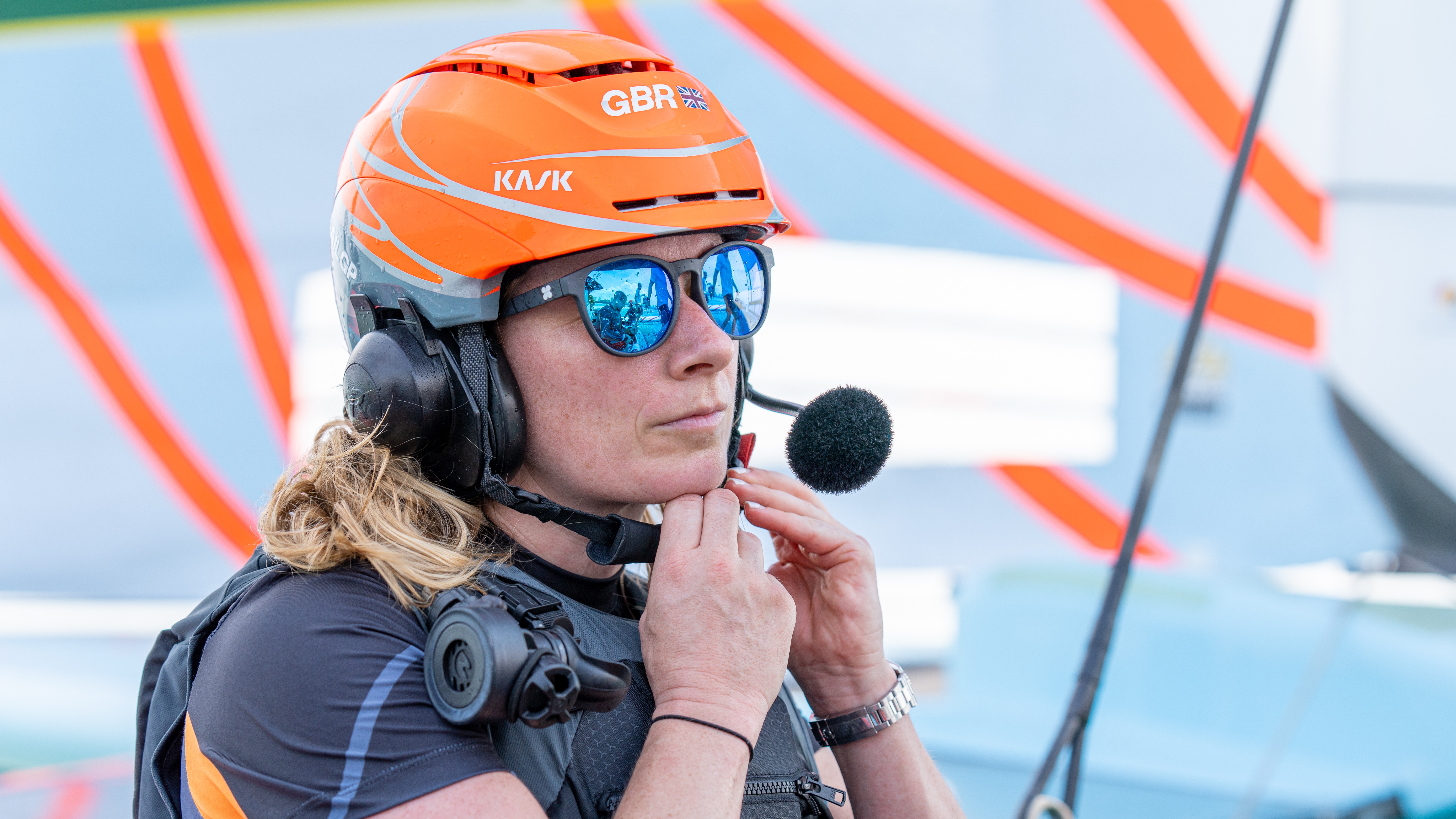 Elsewhere, we’ve had some pretty major crew changes. Hannah Mills is back on board with Great Britain after having a baby in mid-October. It’s amazing she’s back and I think she’ll be a real asset for the team, particularly in these light conditions.

Kyle Langford [Australian wing trimmer] is injured and can’t compete in this event so Australia’s reserve sailor Ed Powys is stepping in. That will be a major change for the team. When Langford wasn’t there in Denmark they didn’t make the Final. It’s a light air event and they did not look good Friday’s practice racing. The absence of one of their key team members won’t be easy on them, but they’re sitting 10 points clear on the leaderboard, so they’d have to have a series of last places finishes to be at risk and I frankly don’t see that happening. 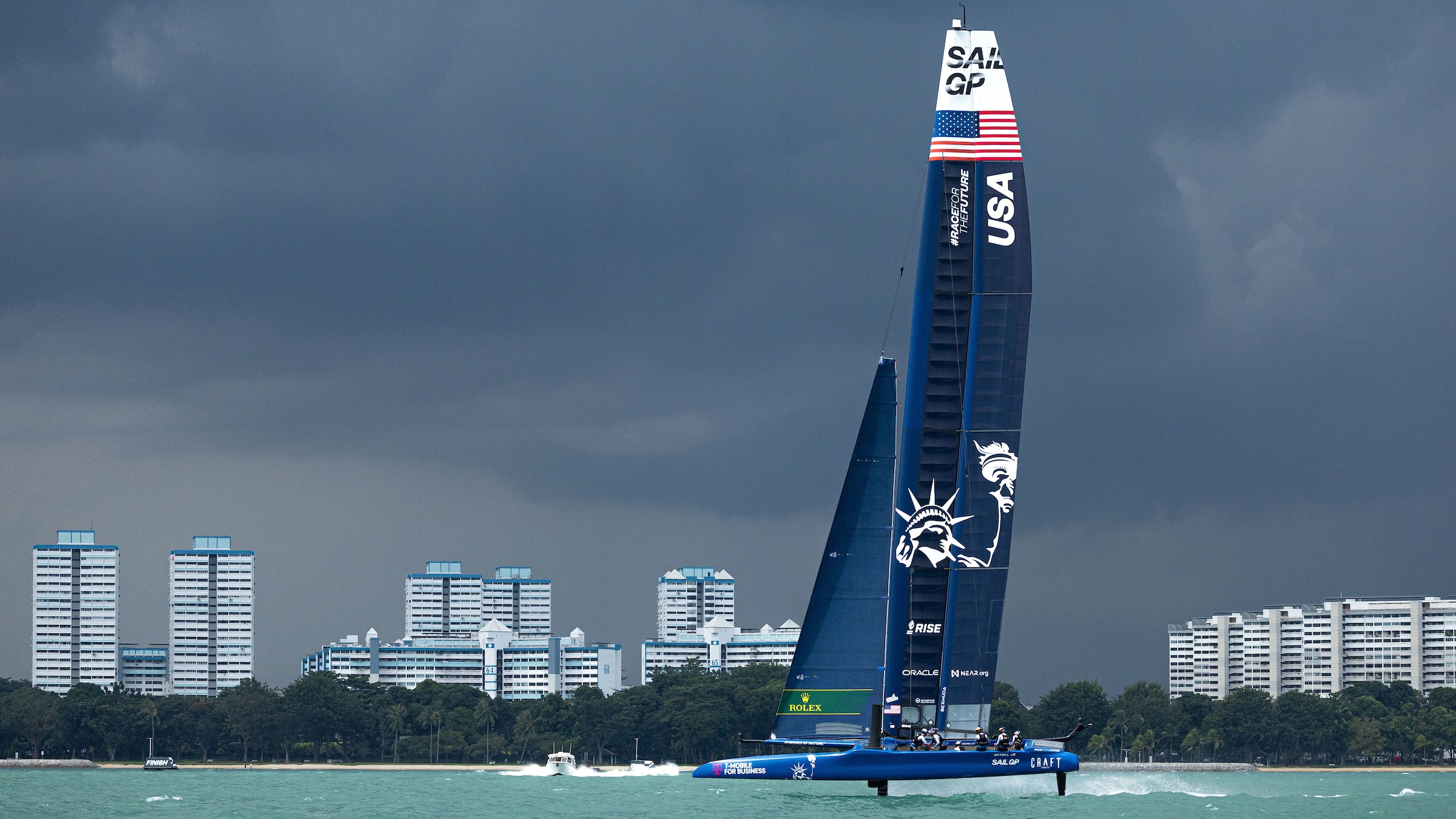 When you look at the United States - they’ve actually performed well in light wind events, particularly recently in Saint-Tropez and Cadiz. They were even strong in the very light winds on the first day of Dubai too but when I spoke to Jimmy [Spithill, U.S. driver] after racing on day two (when there was moderate winds) he was incredibly frustrated with some of their errors. He didn’t expand on that, but I’ve never seen him so frustrated. Then low and behold - Rome Kirby is back on the boat for this event. Jimmy knows he needs to win at least one of the next two events.

Elsewhere, a group of teams have announced major new commercial partners. France has announced ICM and Accor, Spain has a new sponsor in Pérez y Cía, and SKYY Vodka has joined Australia. Separately, there are at least two teams in advanced discussions for major Tier 1 partnerships so it’s fantastic to see some strong commercial interest developing in these teams. 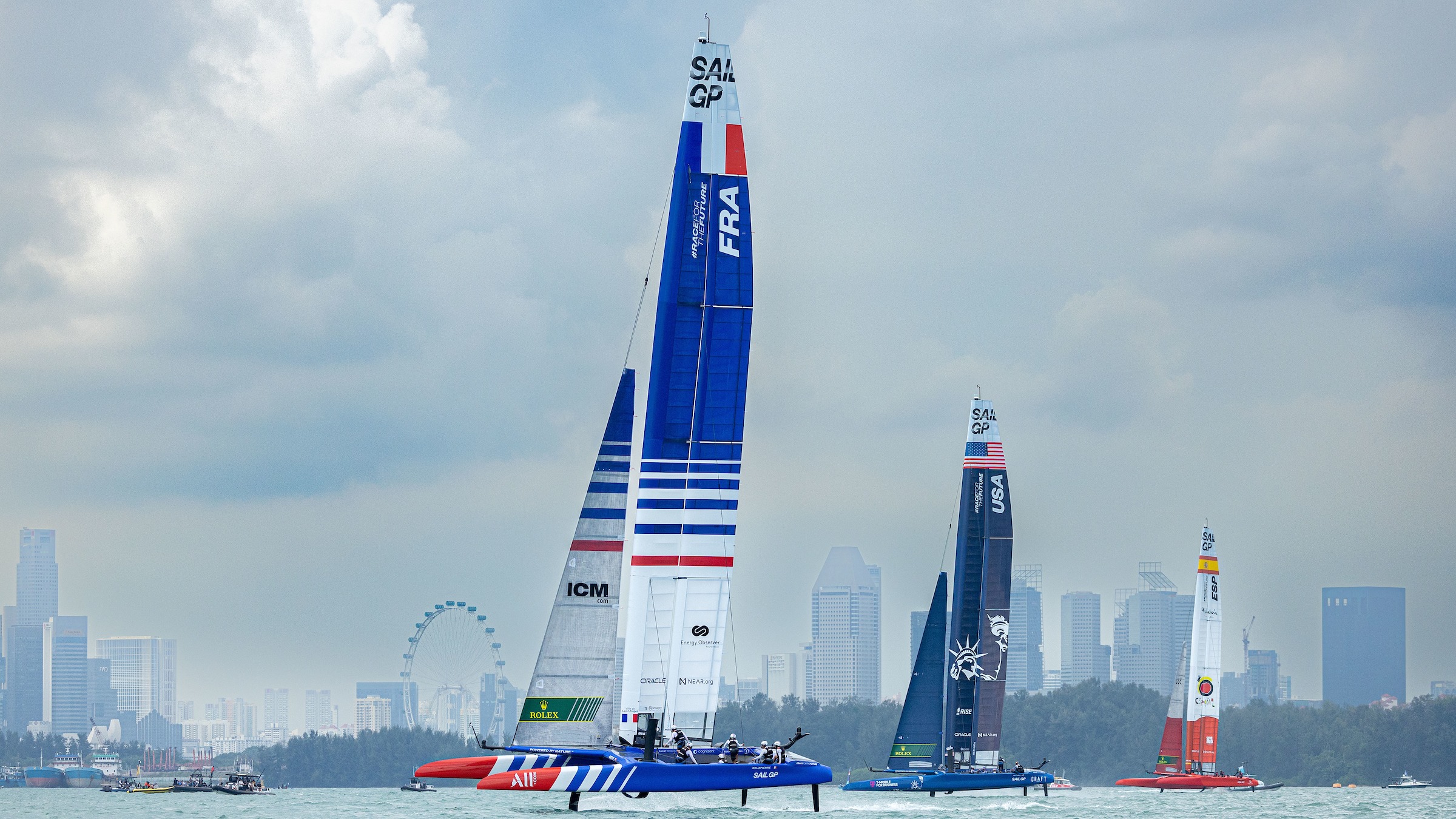 Looking ahead to racing, I was really impressed with the French in practice - they just look so solid - and the British looked good today too. The Canadians looked good at times but they still lack the consistency to be real contenders. I also think the Australians could struggle here and if they did have a shocker and finish last or second last, it might close up the points at the top of the leaderboard.