The Danish team – led by Nicolai Sehested – scored a first place and a third place to book its spot in the winner-takes-all race, before grabbing the runners-up position behind leaders New Zealand SailGP Team. 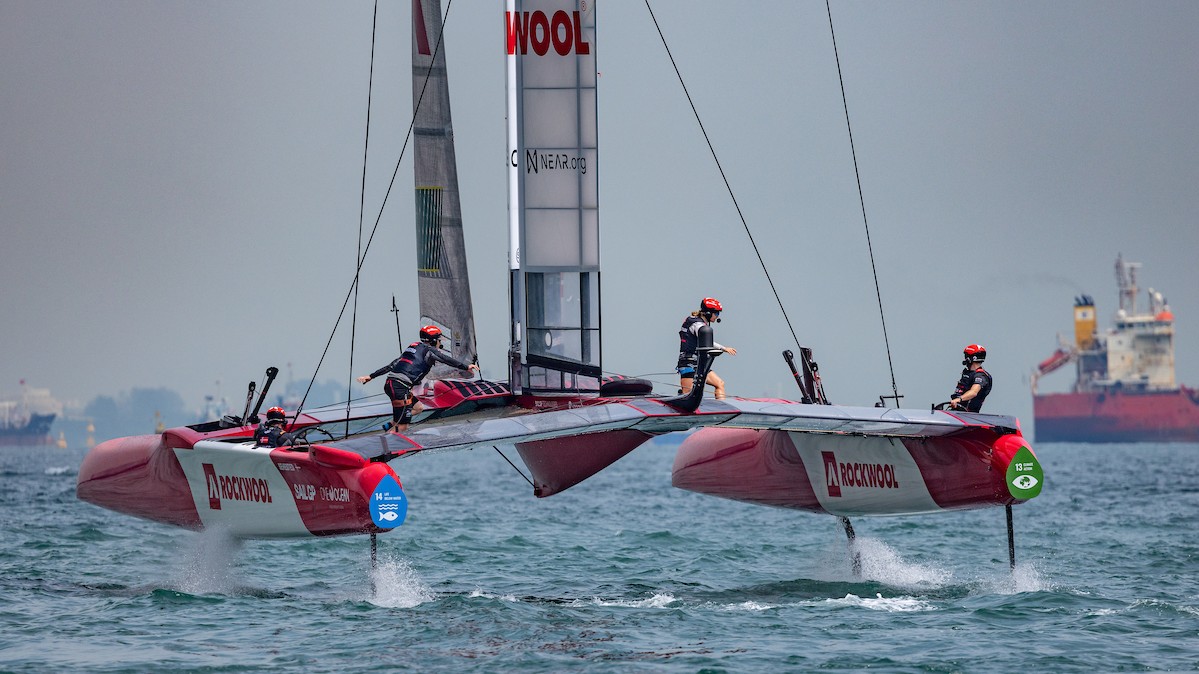 Sehested said: “I’m really happy with our performance this weekend. We knew that we needed a big Sunday and we delivered, which is really pleasing and underlines the mentality of our team.”

The podium finish is Denmark’s first since its home event – the ROCKWOOL Denmark Sail Grand Prix in Copenhagen last August – and Sehested is delighted to have returned to form to kick off a 2023.

“To be honest, it’s been a long time coming. We haven’t sailed so well the last few events and also been a bit unlucky, but everything worked well today and that’s a good feeling. 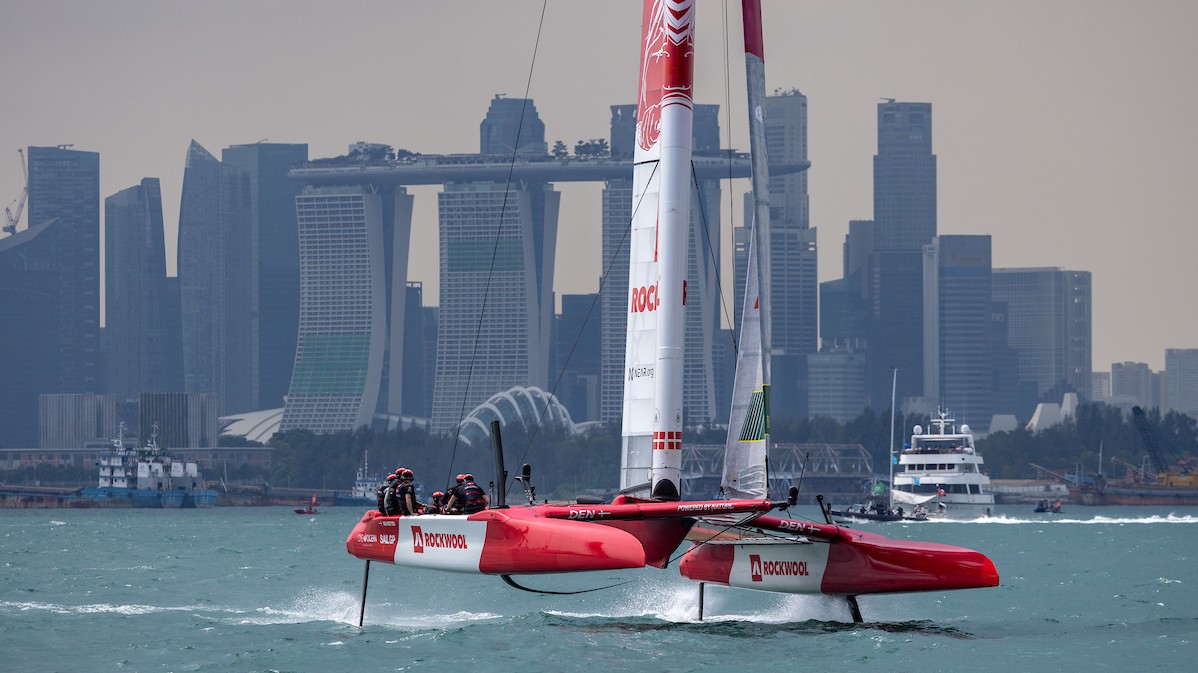 “Of course we would have liked to have won the event, but New Zealand sailed pretty much a perfect race, so you have to hand it to them. We did everything we could and I’m glad we could get between the Kiwis and the Australians.”

The Danes kicked off the action on Race Day 2 with a third placed finish in Race 3, chipping their way through the fleet to grab the final podium position behind top two Switzerland and New Zealand.

“The first race was good for us,” admits Sehested. “We obviously needed a few points so we just took a little bit of a risk and it paid off. That’s what we need today, to have some consistent top results.” 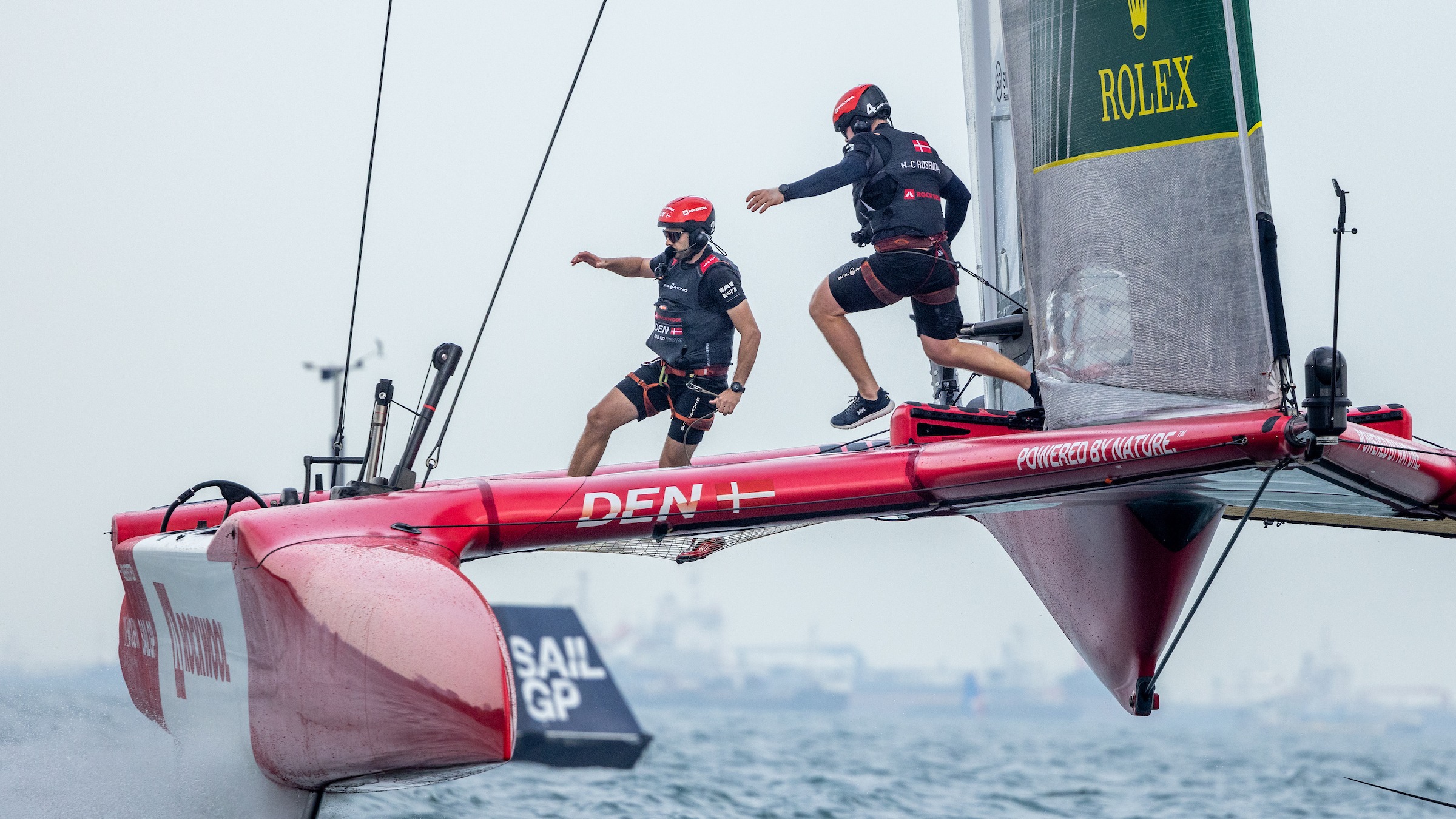 And, going into the final fleet race in Singapore, Sehested and his crew knew that a positive result could land them in the top three.

Denmark began that race in pole position, leading over the line with a perfectly-executed start, and impressively held on to its lead in tricky conditions to grab a fourth race win in SailGP.

The second-place leaves Denmark sitting fifth overall in the Season Championship, having closed the gap on the podium spots to just three points.

“We’re still in fifth, but the ranking is looking a little better now,” adds Sehested. “We have two more events before San Francisco so we’ll keep chipping away. It’s a good time to be building momentum, and the other teams will be looking over their shoulders. I don’t mind sitting in fifth place for now and waiting for our time to strike.”

The Danish team clocked a top speed of 74.4km/hr on Sunday, meaning that ROCKWOOL and One Ocean Foundation will divert 744 kilograms of ocean-bound plastic waste as part of the team’s new More Speed Less Plastic initiative.

Additionally, One Ocean Foundation will divert 771 kilograms of ocean-bound plastic waste on behalf of New Zealand SailGP Team, who hit the top speed of the Singapore Sail Grand Prix event with 77.1km/hr. 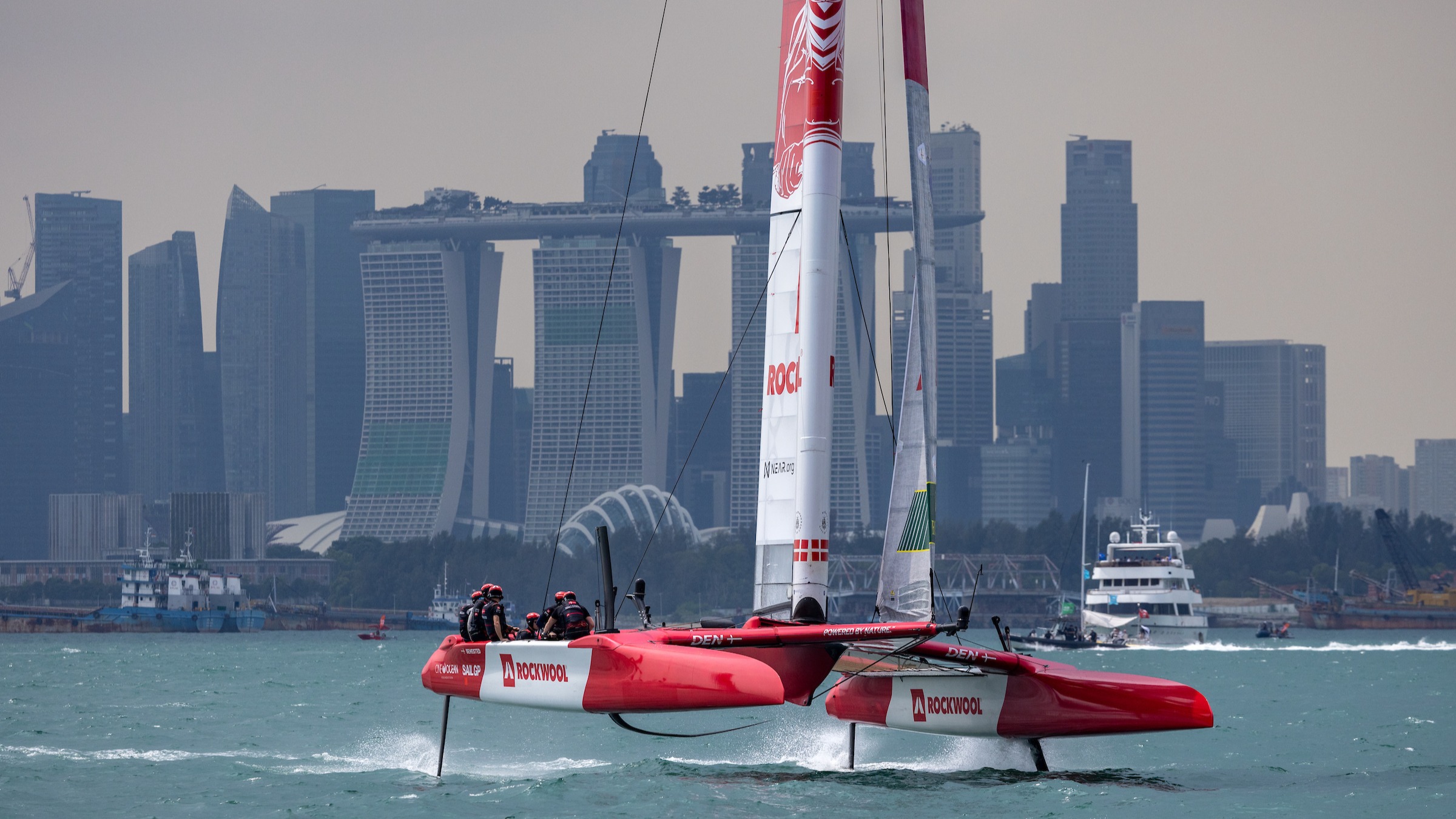 “After a light first day, I’m really happy we got back to our usual speeds in the F50 to kick off this More Speed Less Plastic initiative, and it’s fitting that it’s New Zealand SailGP Team who has helped to double our impact by taking the top speed of the event, as they are also very focused on ocean health,” says Sehested.

“The opportunity to work together with great partners like ROCKWOOL and One Ocean Foundation and even collaborate our rivals on the water to divert more than 1.5 tonnes of ocean-bound plastic thanks to our performance in Singapore is really special and I hope that the big breeze will come in Australia next month so that we can keep maximising our impact.”

The SailGP fleet heads to Sydney on 18-19 February for the KPMG Australia Sail Grand Prix and Sehested has high hopes that his team can hit the ground running.

“We’re in a good mode, and looking forward to returning to Sydney which is where we started our SailGP journey almost three years ago,” he says.

“It is a fantastic sailing venue – and it’s always a special moment to head back there and it’s a reminder of the progress that we’ve made to be firmly in the mix for an overall podium in just our second full season.”