SailGP’s chief umpire Craig Mitchell has given his penalty rundown of the Singapore Sail Grand Prix, which saw the biggest penalty of the weekend dished out before racing had even begun.

New Zealand was handed a four point penalty for contact with the United States in practice - meaning the team started the event on -4 points and was docked two season points after the event finished.

It was the second event in a row the Kiwis picked up the same penalty - in Dubai, they were handed the same punishment for contact with Switzerland on the start line of the fifth fleet race.

While Mitchell admitted the penalty was ‘harsh’, the punishment is ‘what the rule is designed for - to stop contact, whether during practice or racing'. The contact rules, which previously only applied when there was serious damage in practice, now applies to all contact. “If boats are hitting each other in practice, there’s just as much impact in terms of fixing the boats,” Mitchell added.

Two of these were handed to Jimmy Spithill’s United States, which crossed the start line early in both the first and fourth fleet race. The penalties proved fatal, with Spithill’s team finishing both races in eighth overall. “It was a really tough one for them - they just couldn’t get back into those races,” Mitchell said.

Australia picked up the third OCS penalty for an aggressive start in the third fleet race and finished that race in seventh. “The races were very short and in light winds, which meant the OCS was a real race killer,” Mitchell said. “In light airs, the fleet tends to just stretch out, so if you’re not in the game at mark one, you’re going to be struggling.”

Three Part 2 (boat on boat) penalties were recorded, the second of which punished New Zealand for not keeping clear of Canada on the start line of the second fleet race. The penalty proved painful, with the Kiwis finishing that race in fifth overall. 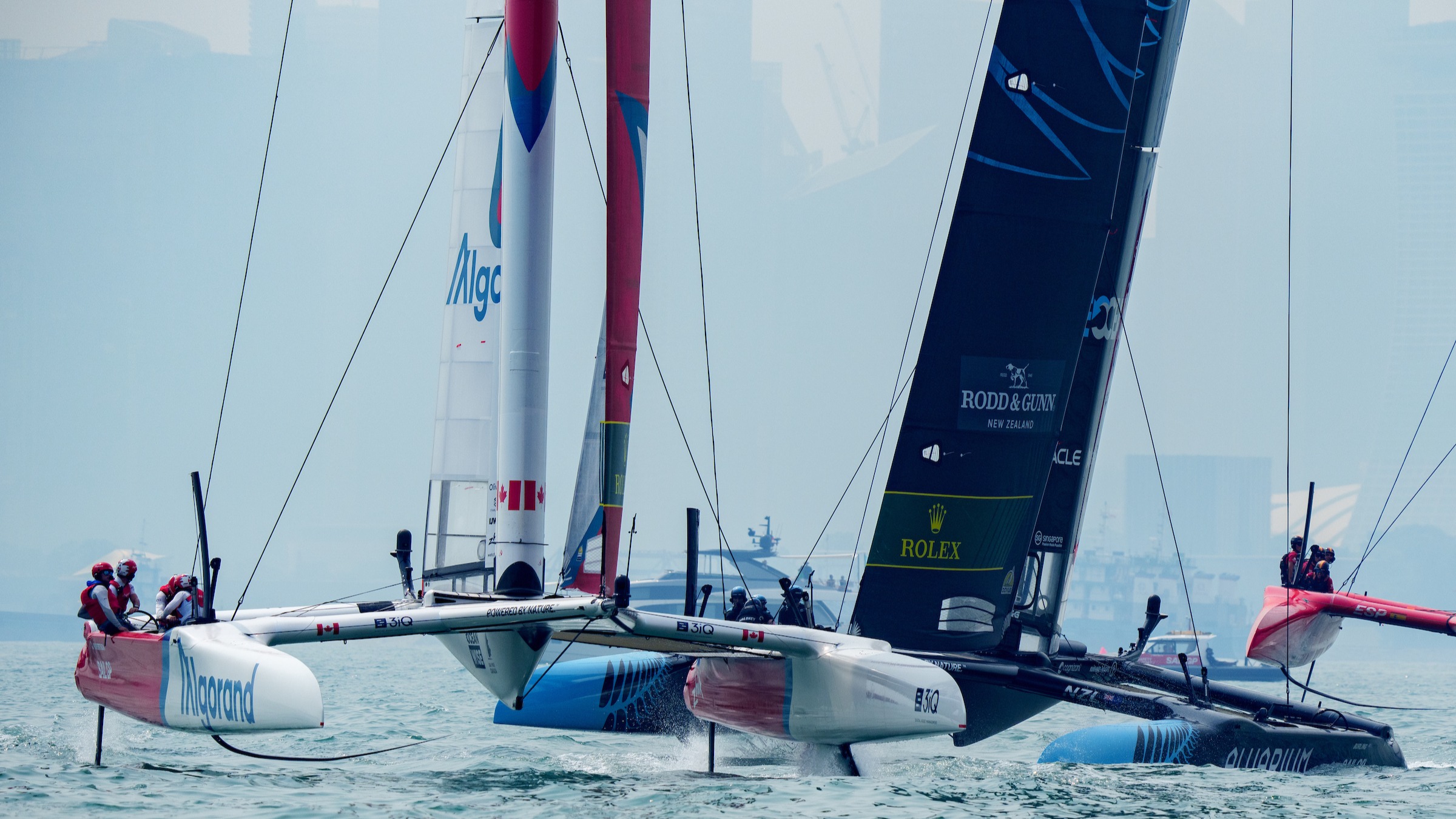 “That was their worst result across the weekend so that penalty was tough to come back from,” Mitchell said. “The Kiwis were at risk as the windward boat coming off the start line and didn’t do enough to keep clear as the boats converged.”

Australia also picked up a Part 2 penalty for infringing Denmark in the first race. Coming into Gate 2 behind Denmark, Australia tried to take the inside track but ended up with their windward bow within centimeters of touching the inside of Denmark’s leeward hull. 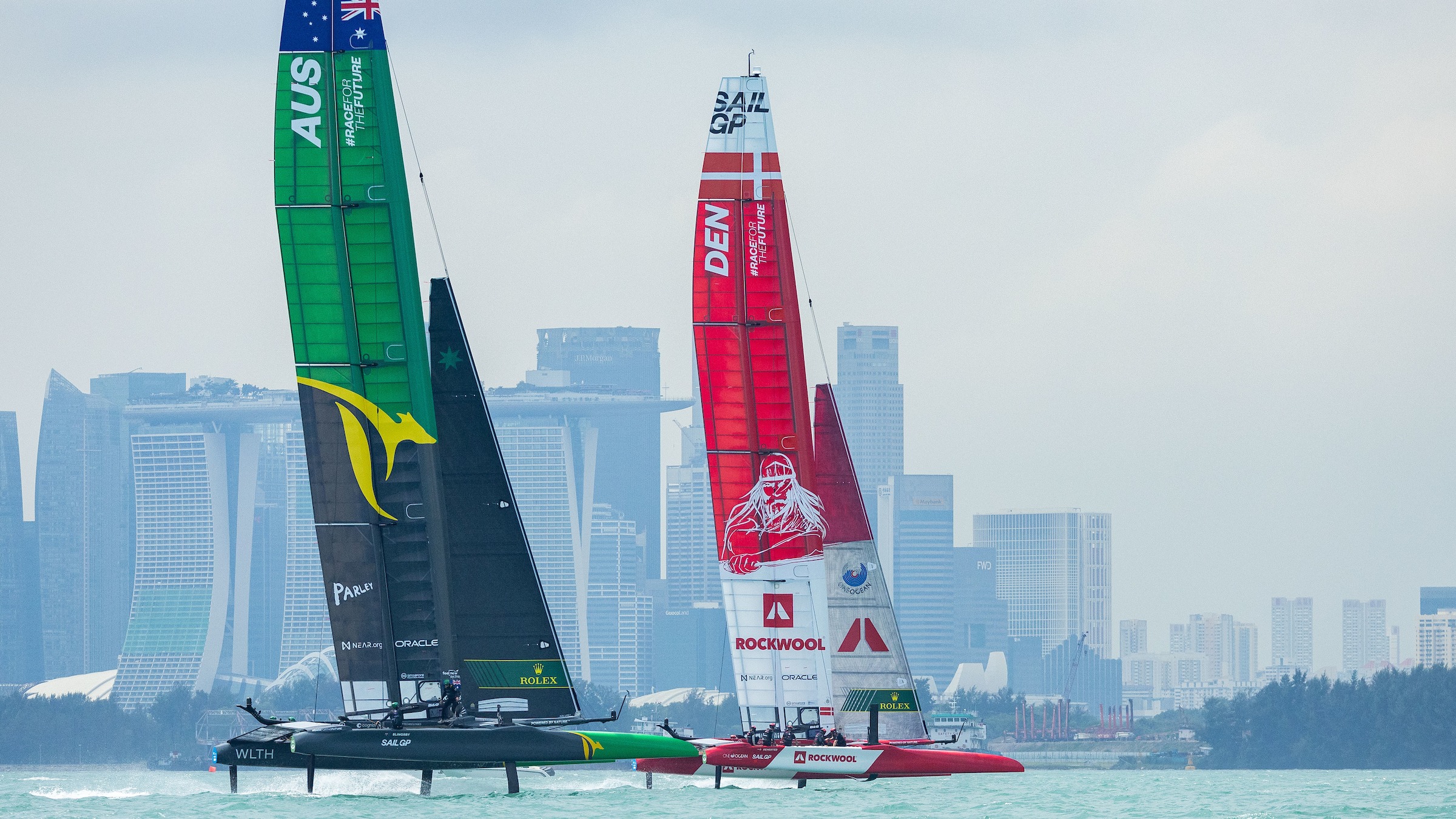 “They were the boat astern and so had to keep clear,” Mitchell said, adding that the umpires investigated for contact but found none.

Finally, Canada was penalised for not giving Great Britain enough space to get around the mark, limiting the Brits' right to ‘sail their proper course’. However, Canada and Australia’s Part 2 penalties were ‘no effect penalties’ - meaning they were cleared almost as soon as they were applied because they were already behind the boats they infringed.

Elsewhere, Mitchell dissected the moment in Race 3, heading to Gate 4, where Switzerland turned up drastically to avoid infringing France - a moment he described as ‘a really smart piece of risk management’.

As the give way boat, Switzerland risked picking up a penalty if they didn’t cross ahead of France. Mitchell explained: “Initially the Swiss looked like they could cross clear ahead, but decided to go for the low risk option with a big luff astern of France. If they’d have taken the risk and gotten a penalty, they would have probably ended up 4th but they were able to avoid France and still get to the mark in the lead.”