A pair of eighth-place finishes today knocked the United States SailGP Team out of contention for the Singapore Sail Grand Prix as they finished in seventh place for the event, and remain in seventh overall on the Season 3 leaderboard.

“It was a really tough Sunday for us,” said U.S. SailGP Team Driver and CEO Jimmy Spithill. “We couldn't get off the starting line on the front row, and had a difficult time moving through the fleet. At this stage, we need to focus on making improvements and learn from Sunday.” 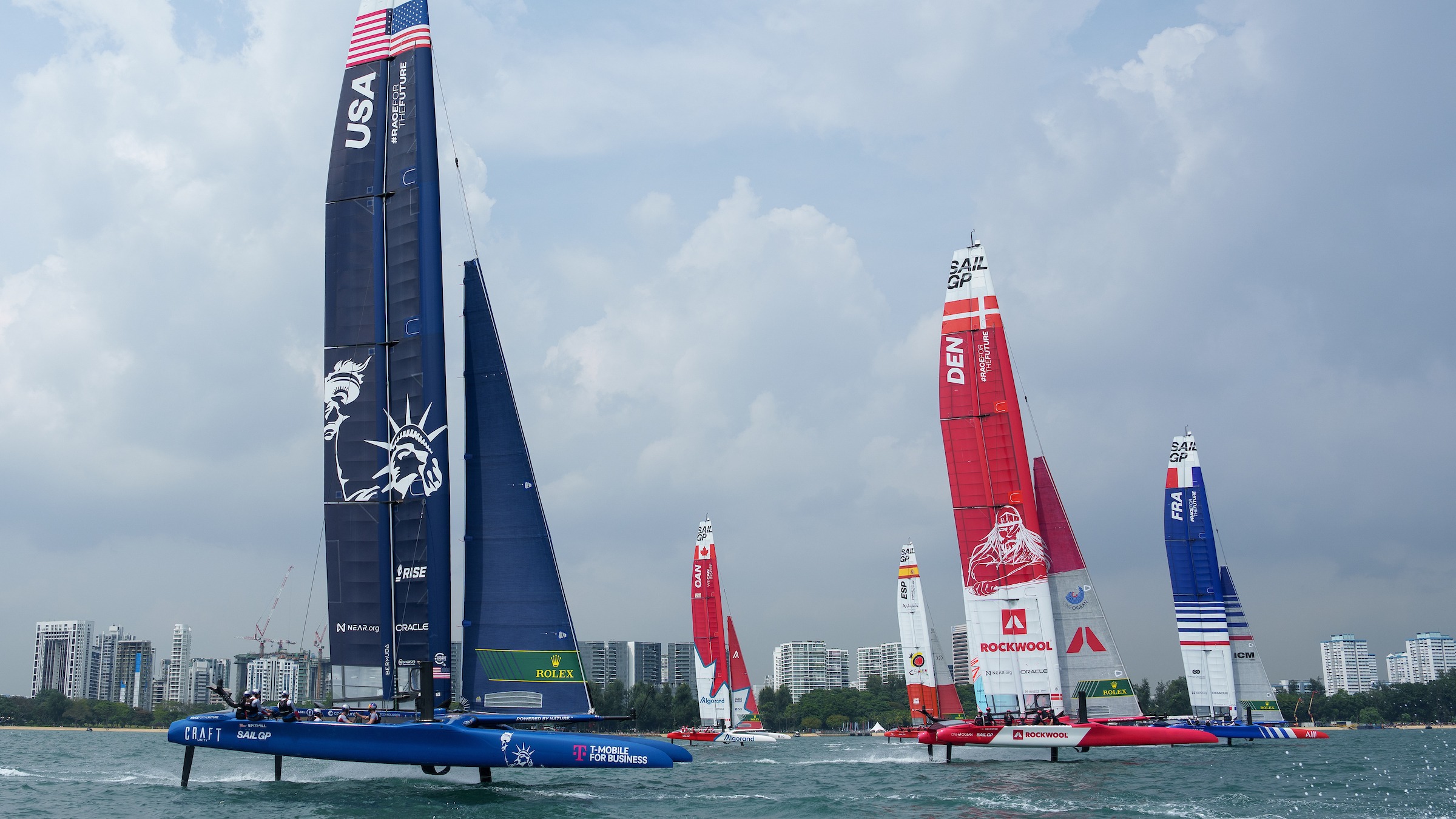 The nine-strong fleet raced with the largest 29-meter wings and a full crew of six today. Despite longer races thanks to stronger wind conditions, the American team struggled to recover from its poor starts and unforced errors.

“We had all the components ready but just a couple of mistakes threw us off and were very costly in these conditions,” said Grinder Alex Sinclair. “We just couldn't get that last key.”

Three events remain for the team to redeem their current standing, an 11-point deficit, in order to qualify for the end of season Grand Final in San Francisco, where the top three teams will compete in a winner-take-all race to claim the SailGP Season 3 championship title.

Before even considering the season standings, Spithill is focused on next month’s Australia event, where the learnings from today need to come to fruition. “Right now, our goal is to put in some clean races in Sydney,” he said.

Three events remain in the Season 3 calendar, with current leaders Australia and New Zealand set to host the next two events (KPMG Australia Sail Grand Prix on February 18-19, 2023; and the ITM New Zealand Sail Grand Prix | Christchurch on March 17-18, 2023) before the global racing league finishes in San Francisco with the Grand Final, May 6-7, 2023.